Clarke, Irwin was founded in 1930 in Toronto by three individuals: William H. Clarke, who had worked at Maclean Publishing and Macmillan Company of Canada, and his former Macmillan colleague, book salesman John C.W. Irwin, along with Irwin’s sister, Irene Irwin Clarke, who was married to William H. 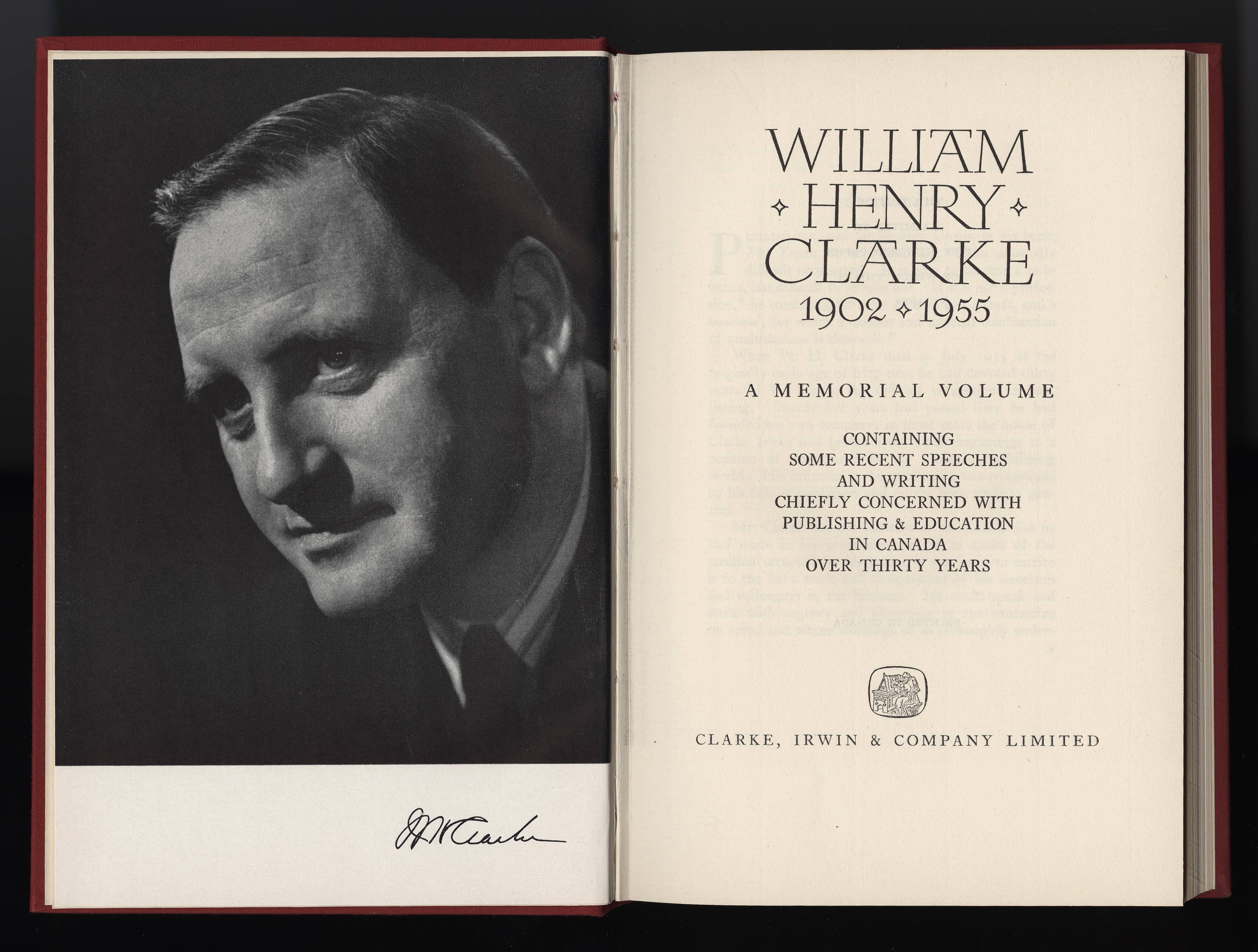 Clarke and had completed a master’s degree at the University of Toronto. Following the pattern of established Canadian houses such as McClelland & Stewart and the Macmillan Company of Canada, Clarke, Irwin secured Canadian distribution rights with foreign publishers, including University of London Press and George G. Harrap & Co. from the UK and Henry Holt and Co. and Rinehart and Co. in the United States.

For its own publications, Clarke, Irwin concentrated at first on educational works, 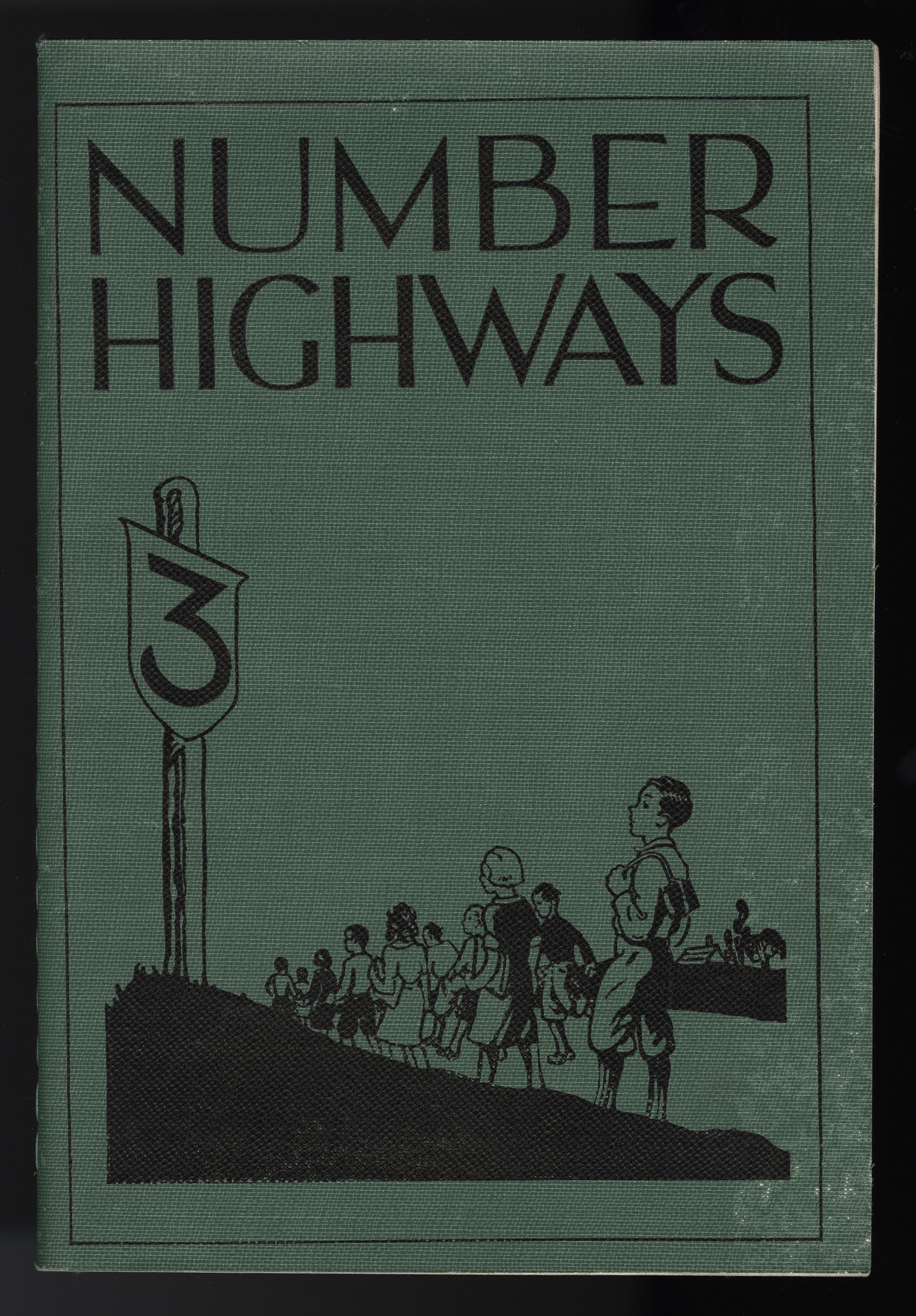 which offered a more stable market. Titles published in its early years included the arithmetic series, Number Highways (first edition, 1931) by M.E. Lazerte and G.S. Lord, and Models and Projects in English Composition, which was the first of several texts by Professor Bert Case Diltz that Clarke, Irwin would publish. These and later texts such as Cours moyen de français (1939) edited by F.C.A. Jeanneret, Living Latin (1950) by B.C. Taylor and K.E. Prentice, and history texts by noted Canadian scholars Chester W. New and R.G. Trotter, would become mainstays of Canadian schools for decades. In 1953, history professor Hilda Neatby's critical examination of the education system, entitled So Little for the Mind, sparked great debate in Canada and became a "unlikely bestseller" for the firm.

Clarke, Irwin’s meticulous approach to publishing well-crafted textbooks gained them a sound reputation in the publishing world, and led to an important business relationship: in 1936, W.H. Clarke was asked to serve as manager for the newly-conceived Canadian branch of the prestigious Oxford University Press (OUP), a role he filled until 1949, while continuing duties at his own firm during that entire period. This business arrangement was lucrative for Clarke's firm: OUP would publish the trade edition of a book, while Clarke, Irwin had exclusive rights to issue the school edition. 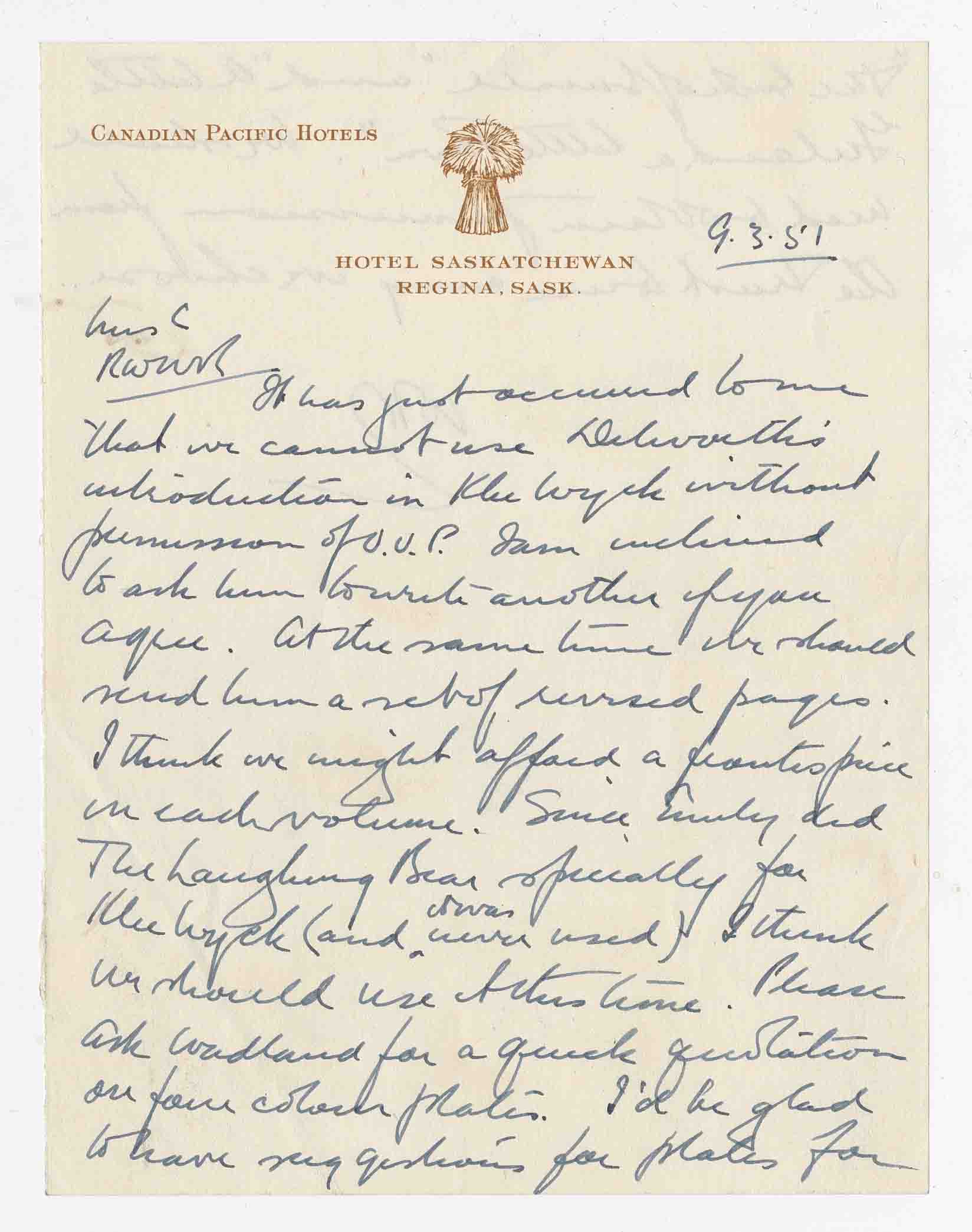 The company found an early star in artist Emily Carr: her book, Klee Wyck (1941) was published by OUP with the educational version under the Clarke, Irwin imprint. The latter firm would subsequently publish numerous works by the artist, and enjoyed further prestige with another Canadian artist when it issued A Painter’s Country: The Autobiography of A.Y. Jackson in 1958 and, ten years later, published A.Y.’s Canada: Pencil Drawings by A.Y. Jackson, authored by Naomi Jackson Groves. Clarke, Irwin added to its reputation as a publisher of quality art books with works by Canadian art historian and critic, Paul Duval, including Four Decades (1972) and Ken Danby (1977). 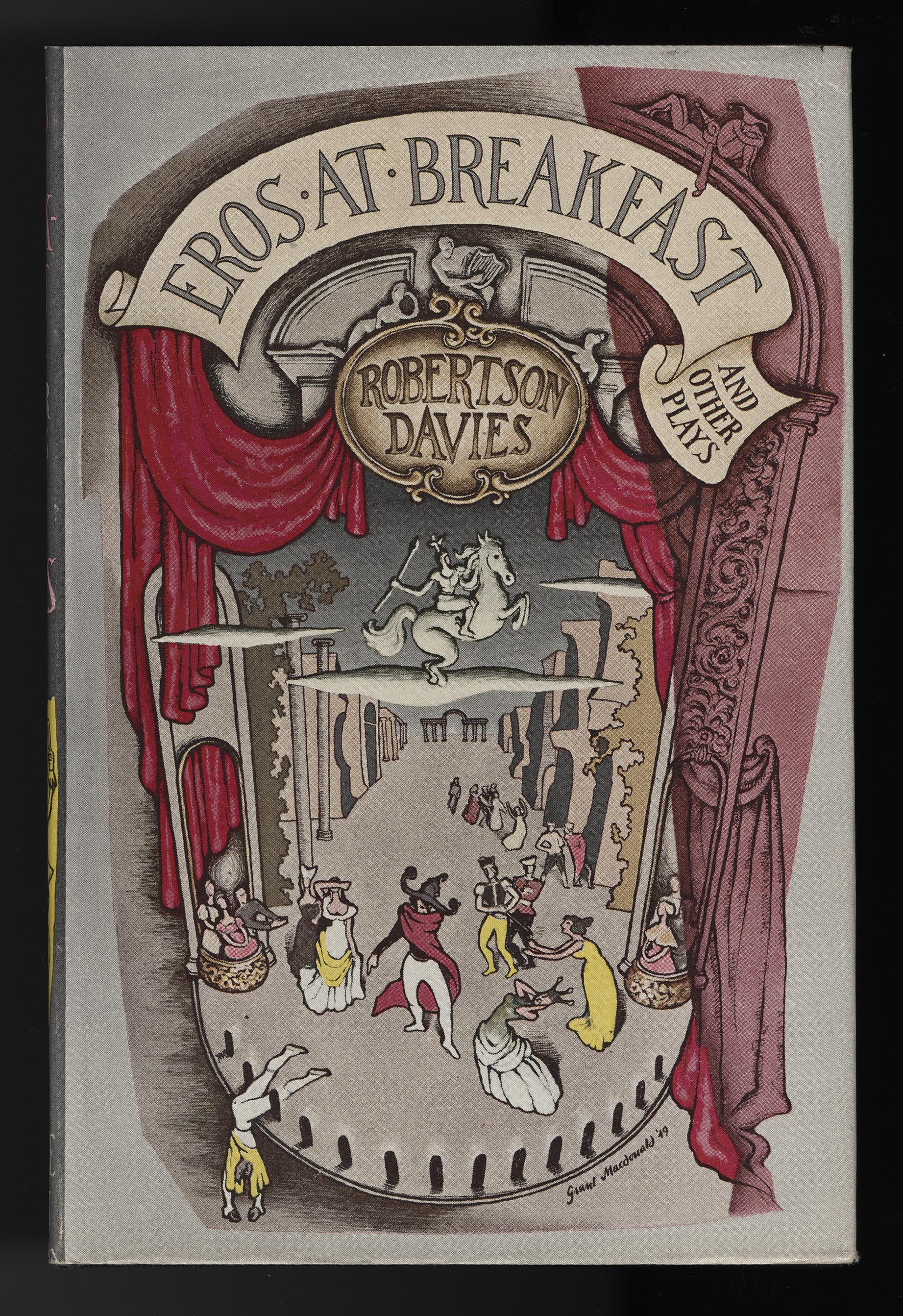 One of Canada’s most important authors began his book publishing career with an educational text for Clarke Irwin: Robertson Davies published his first Clarke, Irwin title, Shakespeare for Young Players, in 1942, followed by several plays, and best-selling novels which included The Diary of Samuel Marchbanks (1947), Tempest-Tost (1951), and A Leaven of Malice (1954). With the success of these later books, Davies was the premier author in Clarke, Irwin’s trade division until he left the firm for Macmillan of Canada in the late 1950s.

As the firm grew and established itself as one of the country’s most prestigious houses, changes in management were occurring behind the scenes. In 1944, following a dispute which was never made public, John C.W. Irwin left to found his own textbook company, the Book Society of Canada (which would later be run by his son, John W. Irwin). Two years later, Clarke, Irwin hired R.W.W. Robertson as editor. Robertson would become one of the company’s most important figures, rising to the position of director in 1961. William Clarke died suddenly in 1955, and Irene Clarke took over as president and general manager. Their elder son, Garrick Clarke, worked for the firm for a brief period before taking up theological studies. In 1966, their other son, William (Bill) H. Clarke, then aged twenty-six with a recently-completed Ph.D. in astrophysics, became an assistant to Irene Clarke. Ongoing health problems forced her to work primarily from home, and the younger Clarke was soon vice president of the firm, although Irene Clarke would continue to be, as Robert Fulford describes her, “the enigma at the heart of Clarke, Irwin.” She continued to influence major decisions and upheld the company’s image as a genteel, conservative publisher that maintained its office ritual of high tea, and banned alcohol from all company functions. As Bill Clarke’s star rose in the company, R.W.W. Robertson left to join Burns & MacEachern, also in Toronto. 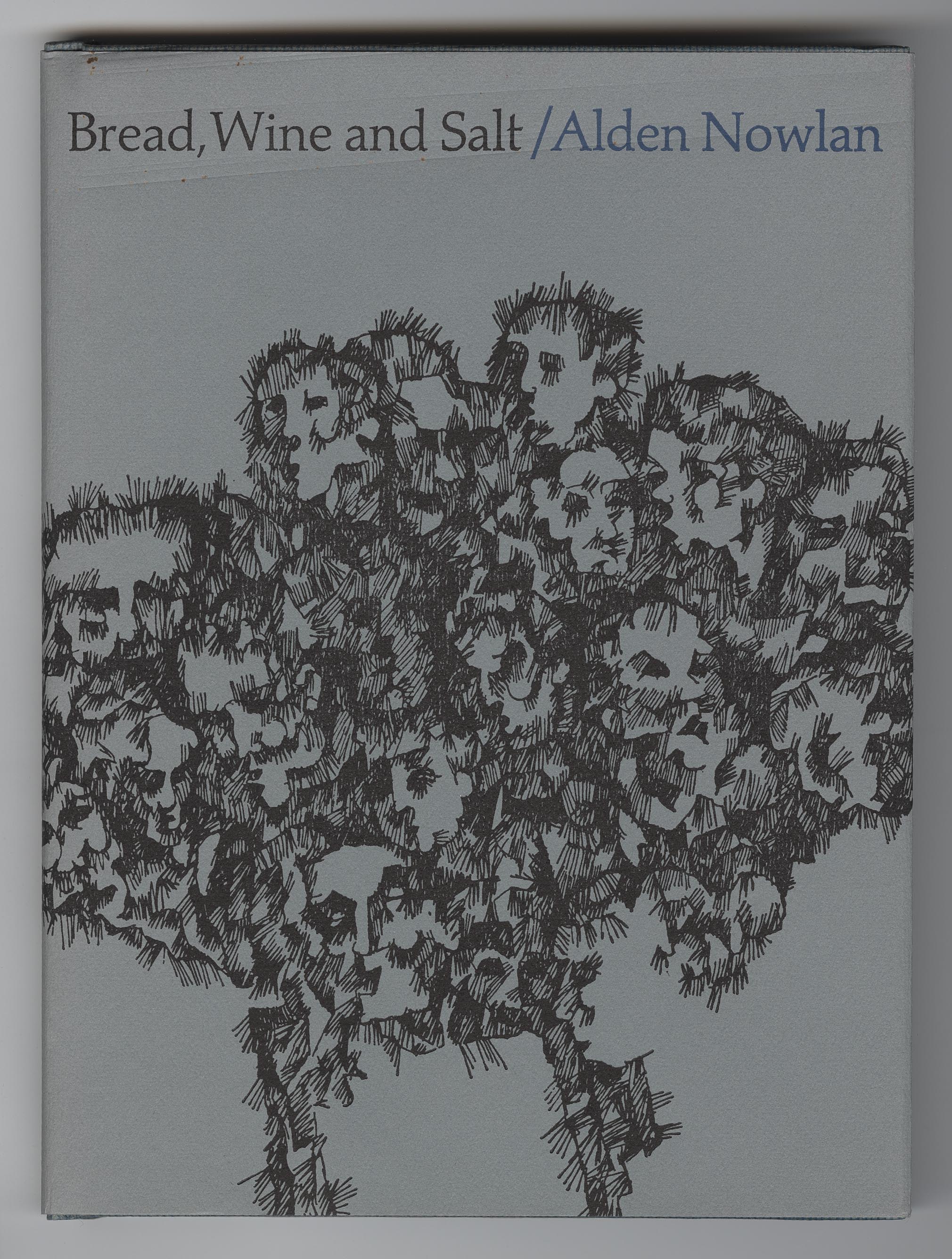 Clarke, Irwin scored an unexpected triumph in 1967 with the publication of poet Alden Nowlan’s book, Bread, Wine and Salt. Roy MacSkimming, at that time an editor at the firm, saw merit in Nowlan’s work and, in spite of having been told by Robertson in 1964, “We don’t do poetry at Clarke, Irwin,” shepherded the book through publication, and celebrated when it won the Governor General’s award for poetry. In all Clarke, Irwin would publish nine other books by Nowlan — five poetry books, a fictional memoir, books of short stories, and an informative, informal history of Campobello Island. The publication of Nowlan’s poetry encouraged the firm to publish other poets, including Raymond Souster and George Woodcock. In addition to the occasional book of poetry, in the 1960s and 1970s 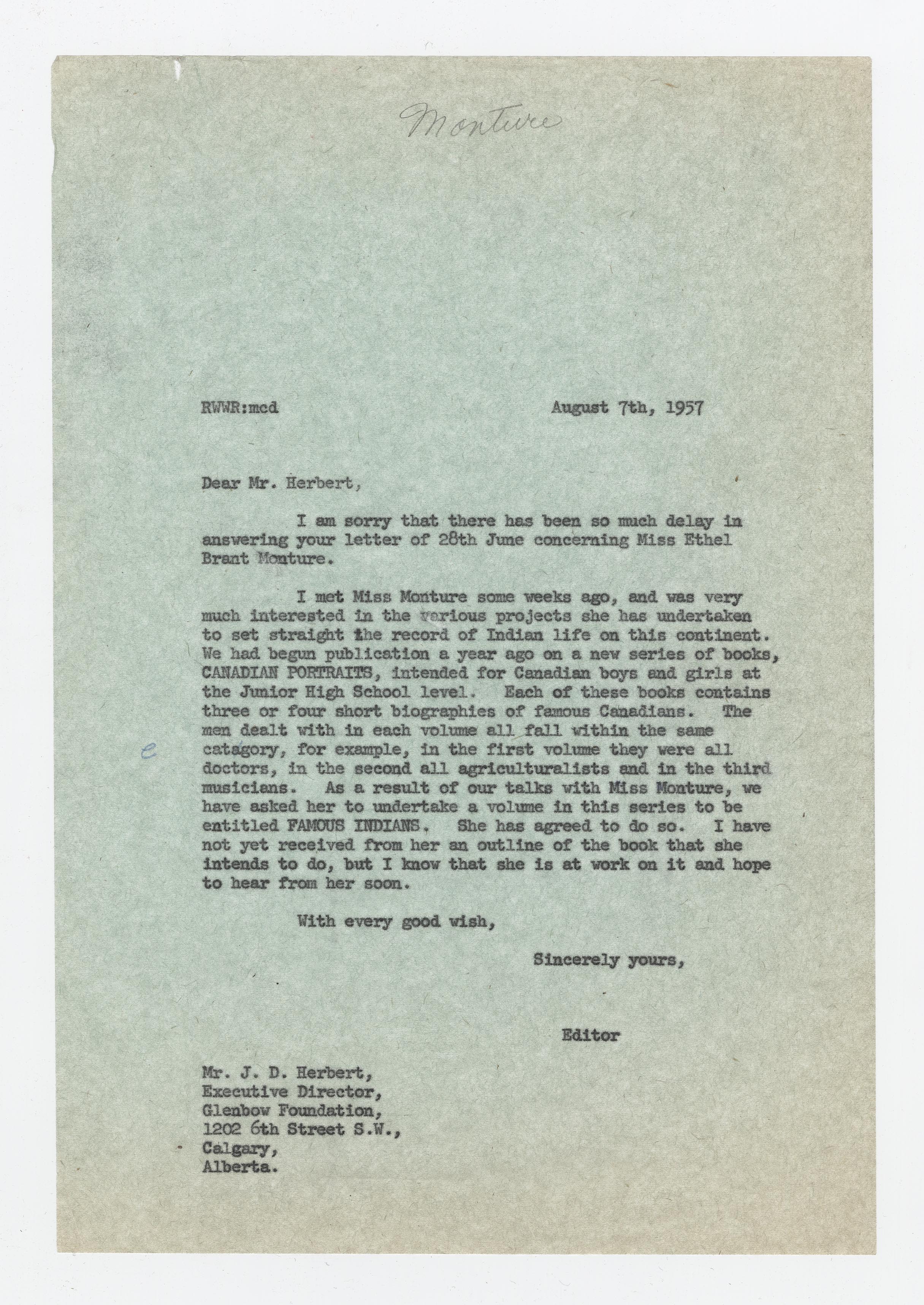 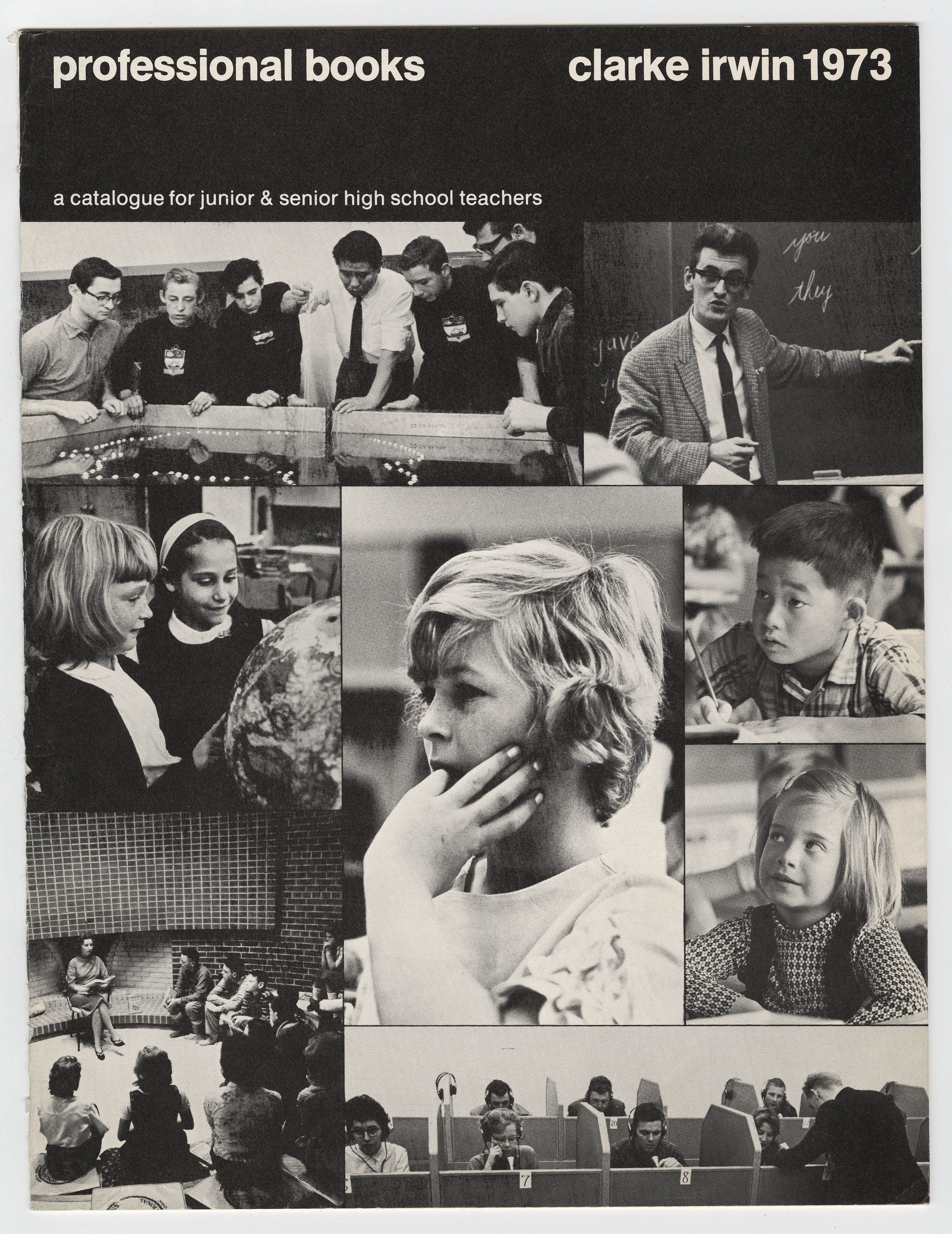 But educational books remained the financial mainstay of the company. In 1963, Clarke, Irwin was the largest Canadian-owned publisher in the business. But changes in Ontario government policy – a relaxing of rules on how school boards had to use grants, and on which books they had to purchase, were to cause great instability for educational publishers. Clarke, Irwin began to lose the secure educational sales that had accounted for seventy-five percent of the firm’s business. Print runs for textbooks dropped from 50,000 to 5,000. In 1970, editorial staff numbers had been reduced from forty-two to nine, and the company had only ten educational projects in progress, compared to forty-seven in 1963.

To cope with this devastation, Clarke, Irwin greatly expanded its trade program and piggybacked on its success in the school market by expanding into children’s books, hiring Janet Lunn in 1972 to become the first children’s editor in Canadian publishing.

The general state of the industry led the Ontario Royal Commission on Book Publishing in 1970 to recommend a loan guarantee system to assist publishers. Clarke, Irwin benefited enormously from these loans: by 1980 the firm’s loan guarantee stood at $1.5 million and in 1983 it acquired the Fleet Publishers trade publishing program. But, as Robert Fulford pointed out in 1983, the major problem with the scheme was that “Clarke Irwin, at least, seems to have seen [the loans] as a kind of permanent investment” rather than a temporary measure. Independent auditors commissioned by the government in 1983 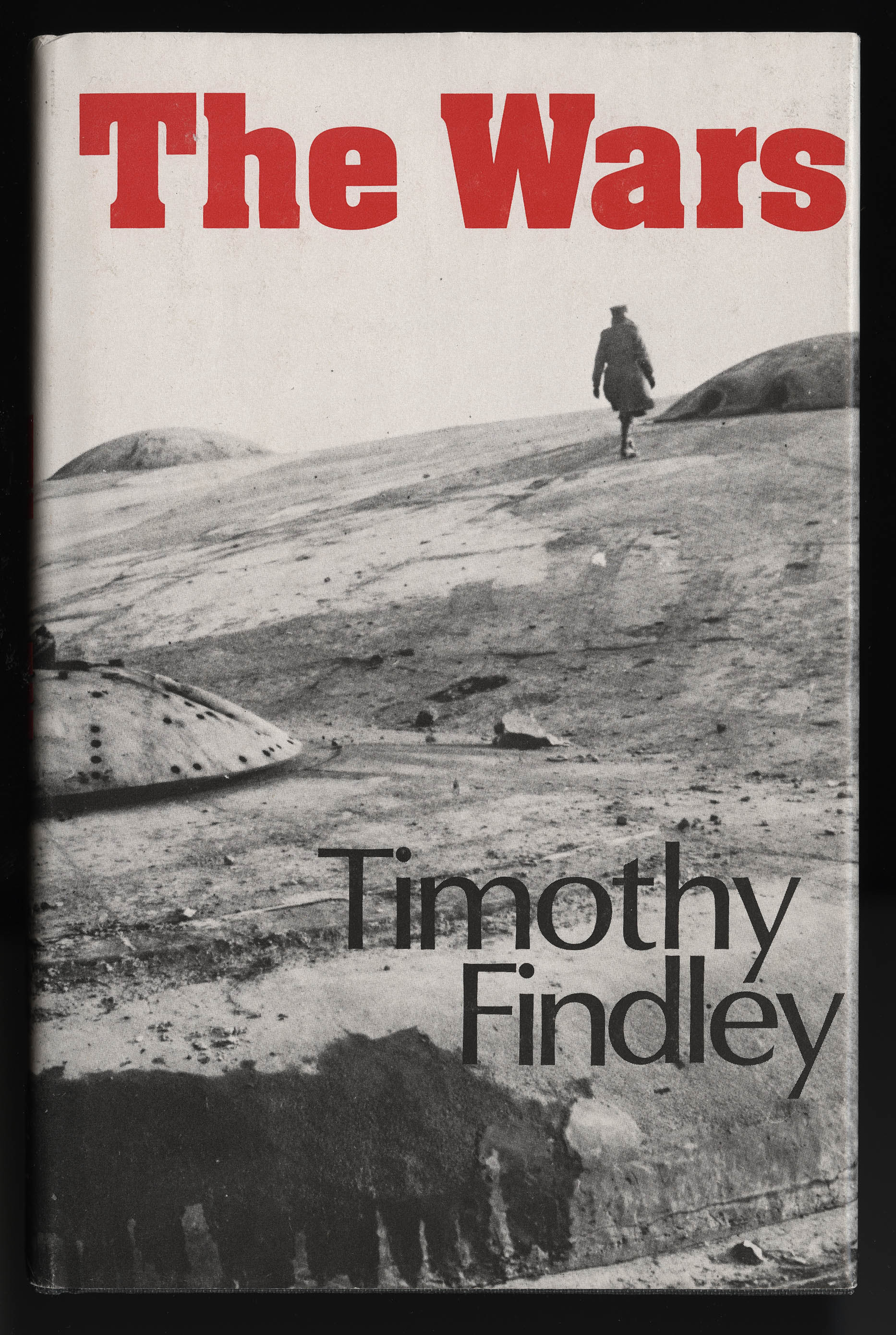 decided Clarke, Irwin’s management could not recover from its economic crisis, and, against Bill Clarke’s strong objections, forced the company into receivership, an act MacSkimming calls “tragically unnecessary.” In an effort to revitalize its educational program, Bill Clarke had hired one of the country’s top educational editors, Gladys Neale, to head its educational division in 1982 and recruited other senior advisors and staff throughout the company, while raising capital to pay back the loan. The first quarter of 1983 was, Clarke said, the largest in the history of the company. But while its trade program had benefited enormously from the earlier additions of leading author Timothy Findley and successful detective 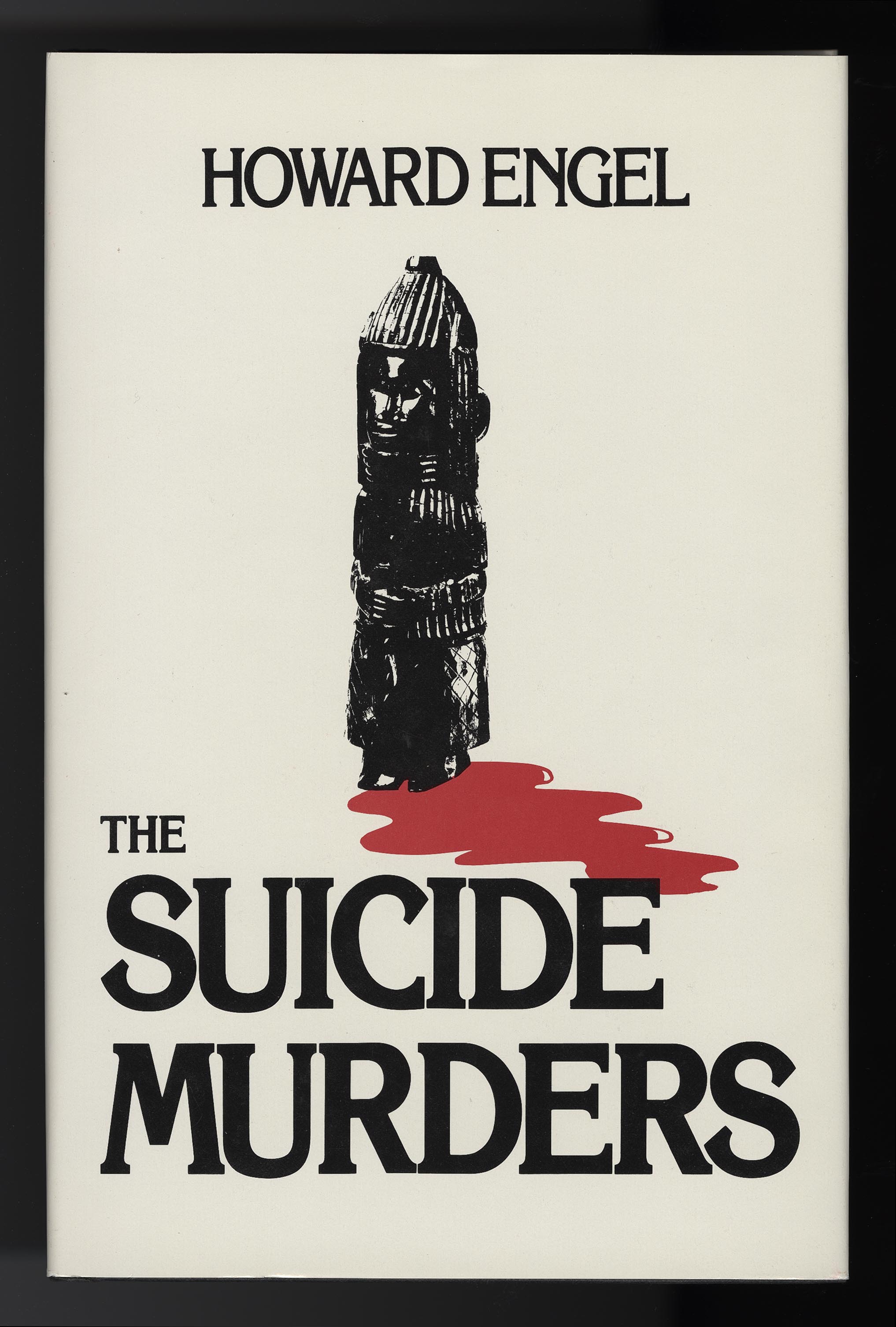 writer Howard Engel to its roster, these authors were not enough to rescue the firm from what Fulford and others would describe as the “lack of energy and imagination in its catalogue.” In addition, Clarke, Irwin was having major problems fulfilling its obligations as a distributor to both foreign and Canadian firms, and lost contracts with a group of British publishers.

The Book Society of Canada, under the presidency of John Irwin Jr., purchased the majority of Clarke, Irwin assets in 1983 (Key Porter bought the Fleet Books inventory). The firm was maintained as a separate company, operating as Clarke Irwin (1983) Inc., for some time, and in 1984, The Book Society of Canada changed its name to Irwin Publishing Inc. Four years later, John Irwin sold the firm to Stoddart Publishing, which in turn sold the by-then again profitable Irwin Publishing to Thomas Nelson Learning in 2002. Irene Clarke died in 1985, celebrated for her role in building a noted Canadian publishing house.

"1953: Hilda Neatby's So Little for the Mind published." Events in the History of the University of Saskatchewan website:
http://scaa.usask.ca/gallery/uofs_events/articles/1953.php