“When you get back to England, say hello to the Queen for me. I used to work for her father.” This was William Frank Kenwood’s standard salutation in his later years whenever he would encounter anyone from the British Isles. It was one of the few references he would make about his time as an R.A.F. airman or to the two and half years he spent as a German prisoner of war.

Born in August 1922 in Westmount, Quebec, Frank Kenwood established himself early as a formidable athlete. While he excelled at football, boxing and diving, it was for his expertise on the rings that he would be best known. Kenwood demonstrated his abilities at public exhibitions all around the Montreal area. 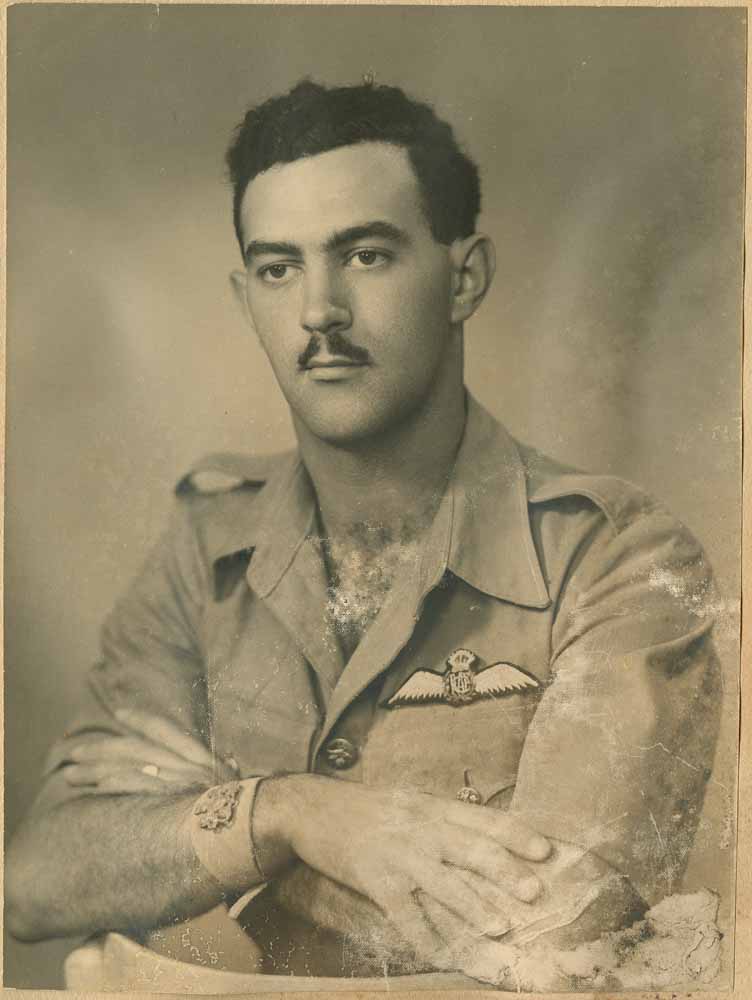 In August 1940, on his 18th birthday, Kenwood joined the air force and was soon flying a Spitfire on sorties from England into enemy territory in Europe. He would usually return at night, guided back by a radio operator at the base. That voice in the darkness soon became the light of Kenwood’s life. He married the operator, Winifred Woods, in England on 3 January 1942. The newlyweds were separated after only six months when Kenwood was transferred to the North African theatre of operations. Shortly after his transfer, Kenwood’s plane was shot down and he was captured and incarcerated by the Germans. Shipped to Naval POW camp Stalag VIIIB, near the Baltic coast, Kenwood would spend the next thirty-two months, until the end of the war, taking up the saxophone in the prison band, studying mechanics in a prison class and trying his best to fill the passing time. The British army finally liberated Kenwood and the rest of Stalag 8b in 1945. After a brief reunion with his wife in England, the two returned to Kenwood’s home in Westmount, Quebec to finally begin their lives together. 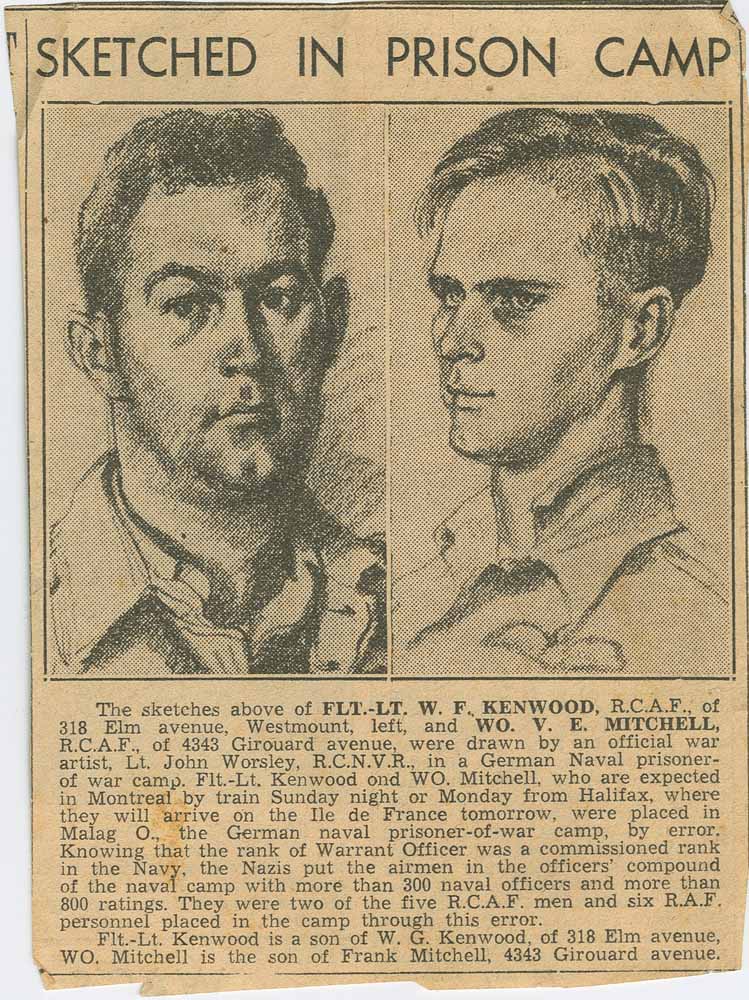 Kenwood would rarely speak in detail about his experiences as a POW. His family would witness a few extremely rare episodes when the mental scars of that time would reveal themselves, but otherwise that chapter of his history was all but forgotten. However, not long after his death at the age of eighty-two, his children discovered a locked away cache of hundreds of well preserved items relating to this pivotal part of their father’s life. That collection of photos, clippings, drawings, notebooks, documents, letters and Nazi souvenirs was donated to the Canadian Warplane Heritage Museum in Hamilton where it continues to tell, in great detail, the tale of one man’s wartime sacrifice.