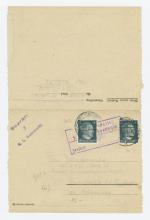 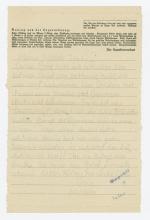 Censor
C-5/7 for Auschwitz and C-1 for Ravensbruck applied once the stamps had been lifted to check for secret messages.