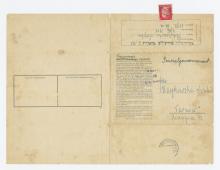 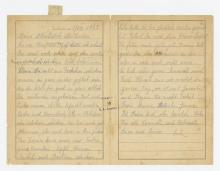 Postmark
6-8-43. The stamp was affixed on the reverse sealing the envelope (well preserved as it was unglued before the letter was opened)