Gerry Bell, a native Hamiltonian, is regarded as Canada’s first black airman. He served in England during World War II and continued to be closely connected with aviation until his death.

Gerald “Gerry” Bell was born in Hamilton, Ontario in 1909. The future pilot’s first chosen career was medicine, but instead he served as a special RCMP constable while at the same time proving himself as a formidable athlete. He became a competitive sprinter, racing against the legendary Jesse Owens, and then a competitive amateur boxer, winning sixty-three of his sixty-seven bouts. While injuries prevented Bell from pursuing a professional career, his athletic prowess enabled him to become a trainer at the Berlin Olympiad of 1936. 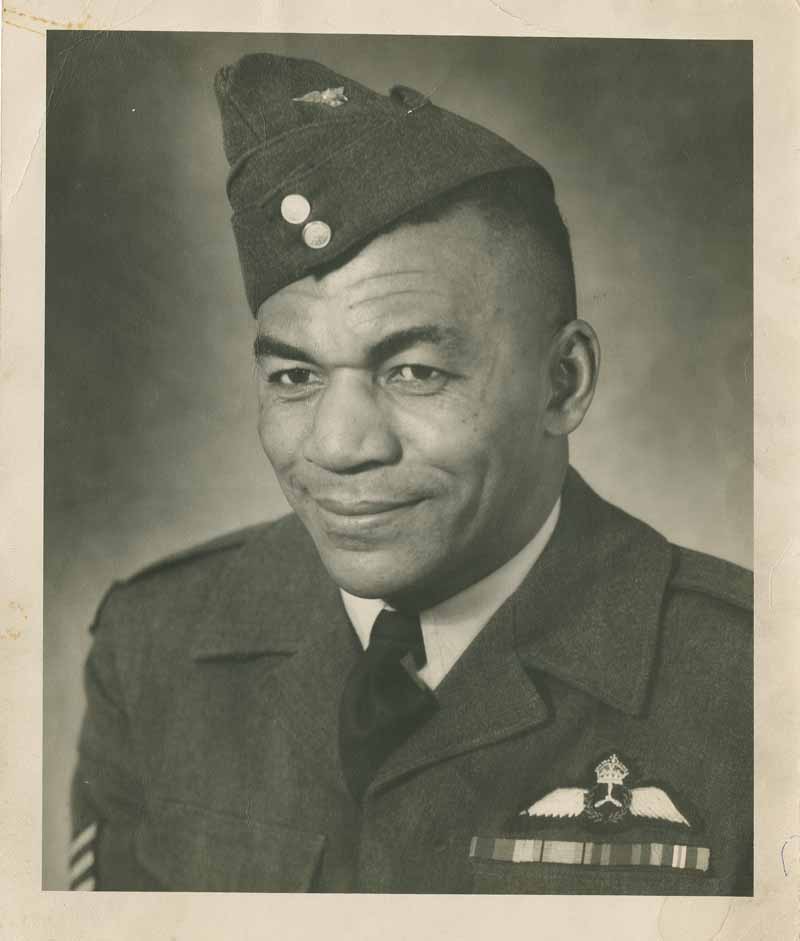 A chance encounter with a plane and its pilot at a nearby airstrip led to a lifelong passion for flying. Bell took clandestine flying lessons, for he was sure that his parents, proud of their aspiring doctor son, would not approve. However when the local daily paper, The Hamilton Spectator, ran a story about “the brown birdman” and “Canada’s only Negro aviator”, his cover was blown, his passion revealed and his career in medicine permanently sidelined. A few years after attaining his pilot’s license, Bell joined the still fledgling RCAF, only to leave not long afterwards during a period of financial cut backs. When he returned from the Olympiad in Berlin, Bell rejoined the Air Force, working with the 119th Bomber Reserve in his hometown of Hamilton. When the war broke out in 1939, Bell relocated to Yorkshire, England where for the next four years he trained the pilots of the 6th Bomber group. He ended his active duty as an air gunner in the 424th squadron. Bell's service was exceptional for the time. For My County: Black Canadians on the Field of Honour (p. 37) notes that blacks were denied enrollment in the RCAF. The book's authors seem unaware of Bell's existence and indicate that only one black airman is known to have served -- Flying Office Alan Bundy who joined the RCAF in 1943. 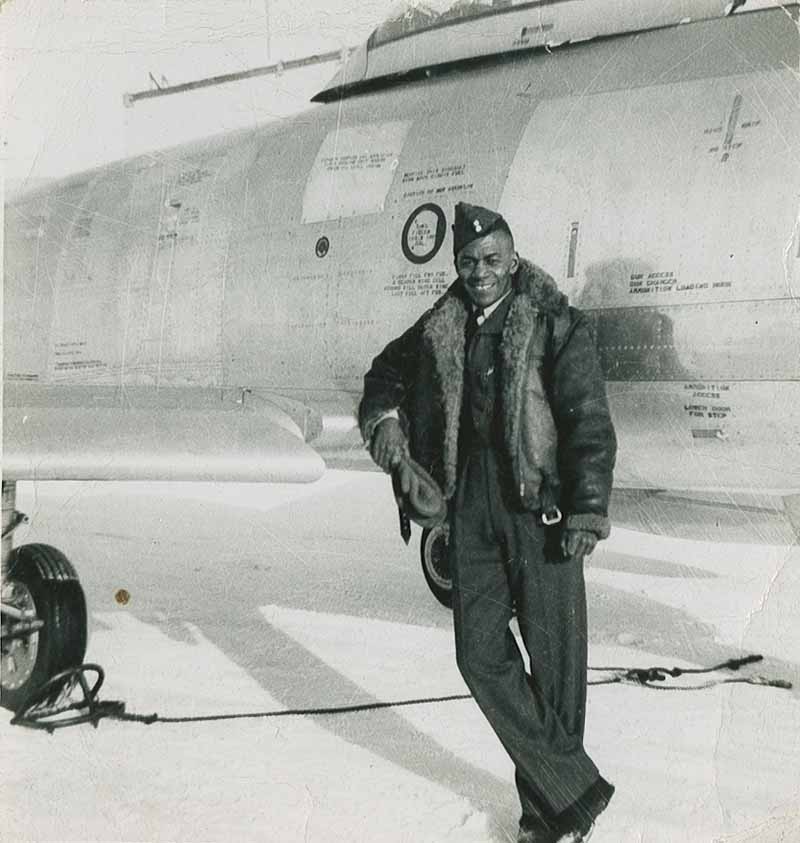 Following the war, Bell worked at bases across Canada before finally leaving the service in 1961. However, he could not leave his love of aircraft, and it wasn’t long before he began a new career as a military quality control officer, working first for de Haviland in Downsview, Ontario and then later at Spar Aerospace. At the age of sixty-five, Bell retired from his full-time day job, but even this decision was influenced by his love of aeronautics, as he chose to spend his retirement in Trenton, Ontario, the location of one of Canada’s largest and most active military airports, where many of his old friends in RCAF had also settled. Gerry Bell died on 17 January 1989 at the age of seventy-nine; he was buried not far from the airport and the world that dominated his life.

During his final years Bell’s lifetime of accumulated knowledge and experience was called into service one last time when he became involved in the restoration of the Avro Lancaster bomber. While 7,300 of these durable airships were originally produced in Britain and Canada during the war, only two still fly. One of them, helped back into the air by the old flyboy, Gerry Bell, has a permanent home at Canadian Warplane Heritage Museum in Bell’s hometown of Hamilton, Ontario. It remains one of the more tangible pieces of Bell’s important legacy to Canadian aviation.

McLaughlin, Dennis, and Leslie McLaughlin. For My Country Black Canadians on the Field of Honour (Canada: Ministry of National Defence, 2004)