The Great Ones and the Great War: Siegfried Sassoon’s Bitter Poem, “Great Men”

Wounded for the second time, Captain Siegfried Sassoon produced a caustic poem from his hospital bed in August 1918 to attack the British elite. It was these Great Men whom he held accountable for the perpetuation of the First World War, those who were heedlessly disregarding its massive human cost for the sake of their own personal interests.

For many British soldiers and civilians alike, the First World War had become hopeless and seemingly endless by the summer of 1918. Even as the first gains were being made in the pivotal battle of Amiens, which would finally lead the protracted war toward a conclusion, British Prime Minister Lloyd George stood in the House of Commons on 7 August to deliver an encouraging speech to the disillusioned, reminding the nation of the reasons that had first led Britain to go to war and that now required the fight to go on, praising the valour of the millions of soldiers who had fought and were yet fighting for the British Empire. 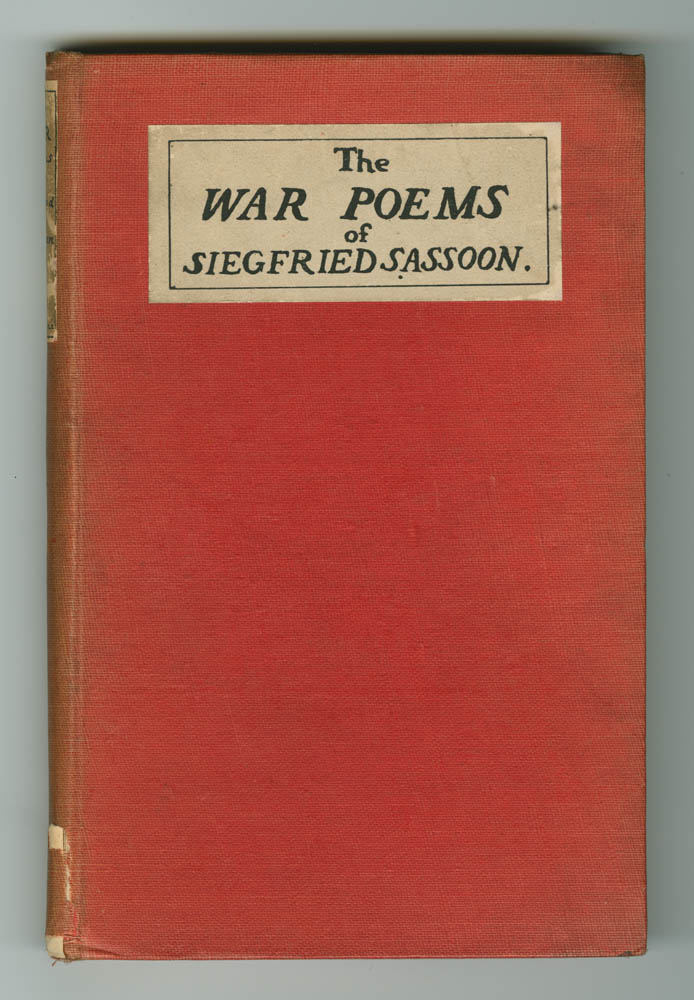 Siegfried Sassoon was one of those many soldiers. He had lived the sporting life before the war, hunting, playing cricket, and dabbling in poetry, but he was quick to volunteer for service even before war was declared in August 1914, becoming a lieutenant and later captain in the Royal Welch Fusiliers. The record of his military service is somewhat complex and paradoxical. In many ways Sassoon was an enthusiastic soldier, particularly after losing his brother and a close friend early in the conflict. He was subsequently awarded the Military Cross for his brave attempts to remove the dead and wounded from the midst of battle. Yet later, influenced by Bertrand Russell and others, he adopted pacifist ideas. After being wounded in the shoulder during the Second Battle of the Scarpe in April 1917, he refused to fight any further and issued a declaration accusing the British leaders of needlessly perpetuating the war and the British civilians at home of being complacent and unsympathetic to the dying soldiers. Soon, however, Captain Sassoon found his refusal to return to combat to be both ineffective at instigating change and an affront to his personal loyalty to the men in his company, so he returned to duty. Mistakenly shot in head by a sergeant in his own unit in July 1918, he returned to England, once again with mixed emotions, to recover. 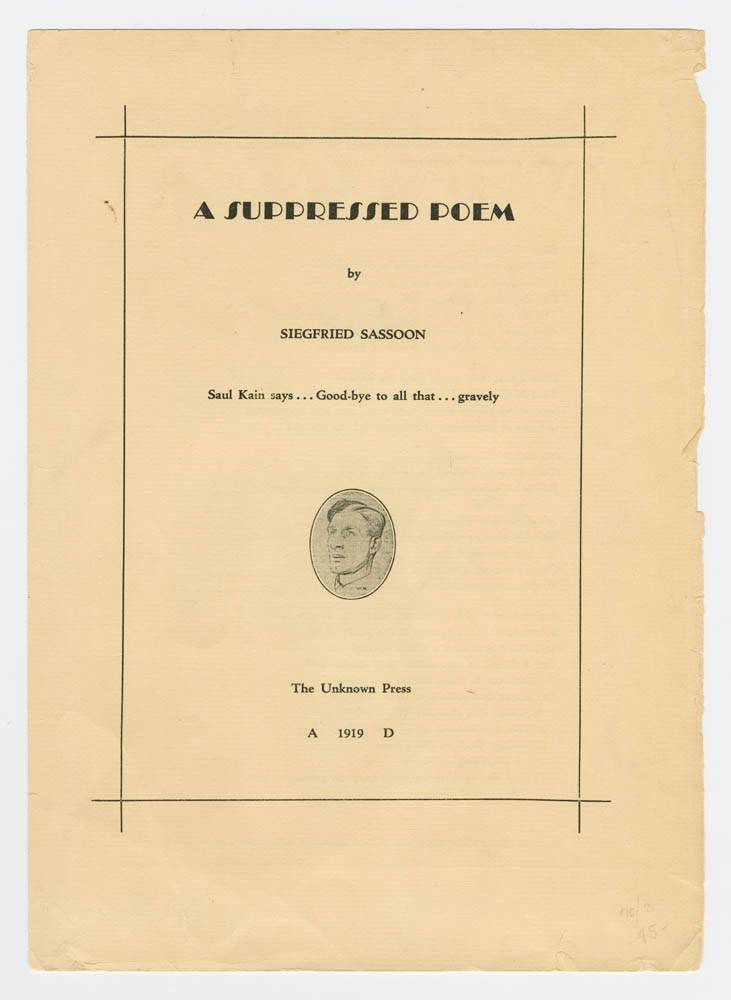 While Sassoon was in “Blighty” recuperating at the American Red Cross Hospital No. 22 in London, a remembrance service was held on Sunday 4 August 1918 to commemorate the fourth anniversary of the war’s inception. Near the Marble Arch in Hyde Park, amid a crowd of almost 20,000 people which included both the Lord Mayor and the Bishop of London, a shrine was erected on which the public laid flowers in recognition of the soldiers who had fallen in the years of war. Sassoon recorded his disgust at this event in his diary, calling it a vulgar and insulting display. He also perceived a self-interested motive on the part of Waring & Gillow, furniture makers turned aircraft manufacturers, who had made a gift of the expensive shrine. With this event still vivid in his mind, he probably read the Prime Minister’s hollow praise to the British soldiers a few days later in the newspapers. Freshly embittered toward those he held responsible for the war, Sassoon jotted down a poem entitled “Great Men” on 10 August 1918.

The great ones of the earth

Approve, with smiles and bland salutes, the rage

And monstrous tyranny they have brought to birth.

The great ones of the earth

Are much concerned about the wars they wage,

And quite aware of what those wars are worth.

You Marshals, gilt and red,

You Ministers and Princes, and Great Men,

Why can’t you keep your mouthings for the dead?

Go round the simple Cemeteries; and then

Talk of our noble sacrifice and losses

To the wooden crosses.