A young man who had not yet found his artistic path, never gets that chance. Julian Gould’s great artistic ability was evident from his teenage years. He volunteered for service in the First World War and was killed before he had the chance to establish himself.

Julian Gould was the son of Mahalah Elizabeth and Frederick James Gould (1855-1938); his father was a teacher, author, socialist and secularist. Born in 1891 in London, Julian was educated at Wyggeston Grammar School and studied art at the Municipal School of Art in Leicester. He won the school’s silver medal for a shaded drawing of a man’s head from life, and in 1910 he went to Paris to sketch. Yet in the five years after that, Gould worked as a printer’s designer – he was pursing a career in art but only at the fringes. He joined the 16th Middlesex Regiment in May 1915 after the sinking of the Lusitania. 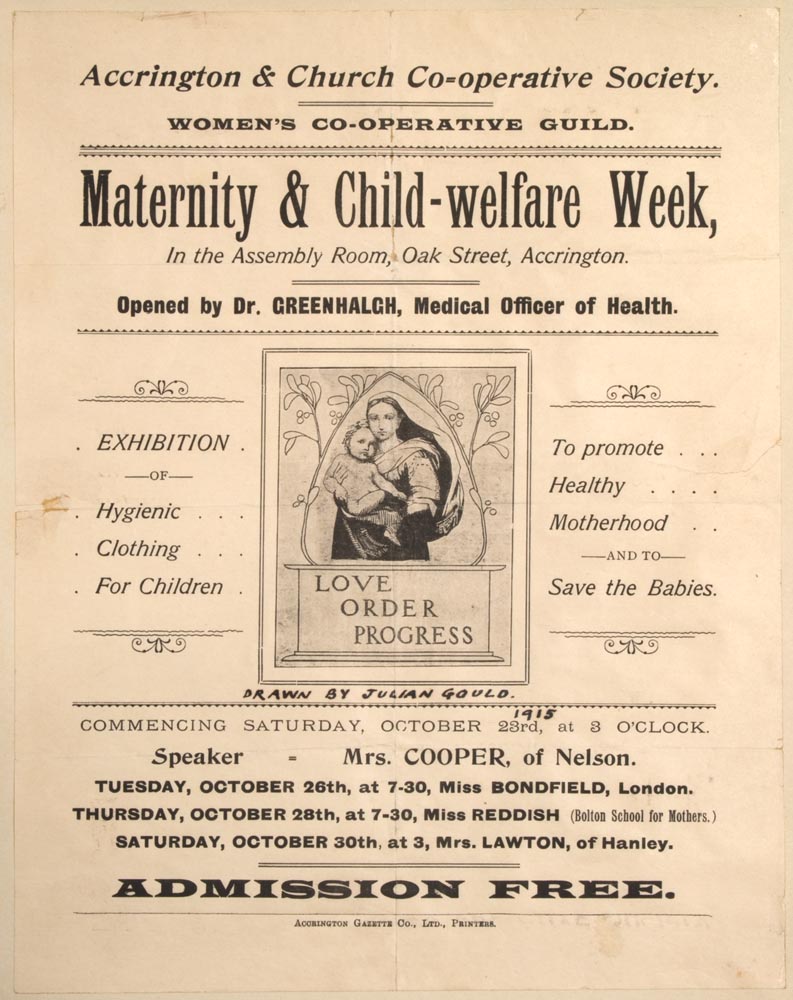 His battalion left for France in November 1915 where he was to fight in and survive the battle of The Somme in 1916. In France he found solace in drawing the peaceful rural scenes behind the front, describing the countryside in a letter home as “… blackberry-bushes still green, rising over ivy-starred and sombre hollows … Trees … cast their slender lengths into lines and groups, kissing often, looking on a moist and sunny land. And there are golden stacks about, and cottages with ruddy roofs.” His pencil drawings were done in less than ideal conditions. 'The weather is a bit chilly for drawing as a pencil travels very inelegantly in numbed fingers. But the time left me after the usual parades is small, so my spells devoted to barns and trees are short and sweet,' he wrote to his father on 7 March 1916. His letters also contained the usual thanks for socks that were desperately needed and a request for a new razor.

His experiences at the front may have galvanized him into more fully utilizing his prodigious artistic talent and also may have developed his political awareness. He did share his father’s socialist views – his father had hoped that his son would present, in his art, “the vision of emancipated Labour” but that had not happened. The War broke down social and class barriers and Gould may have taken advantage of that opportunity. Tragically, he was killed in action at Monchy-le-preux, near Arras, on 31 May 1917. 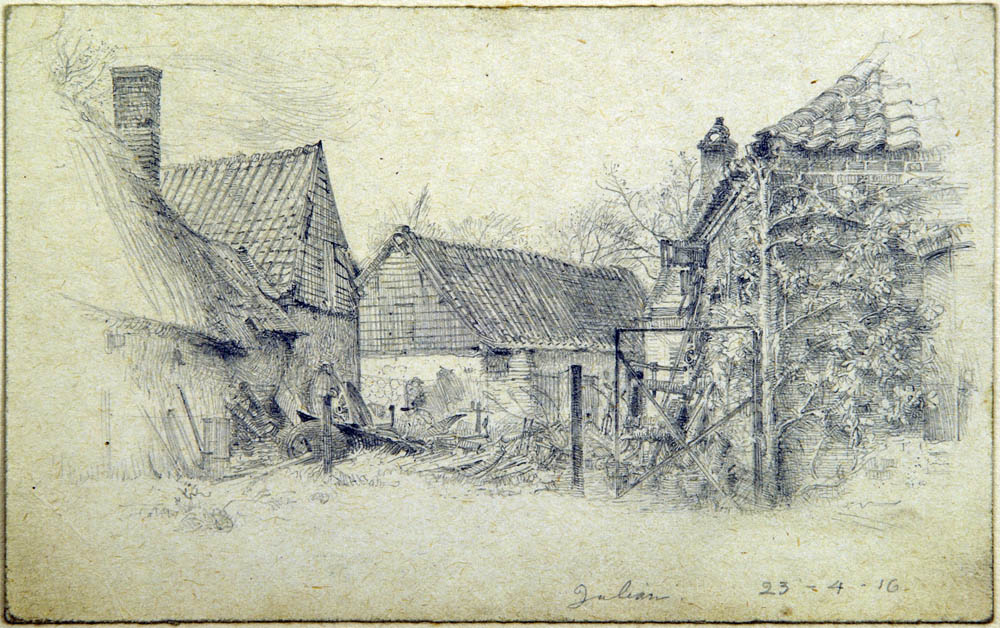 After his death, his father compiled an annotated album. It contains images of Julian as a child, his early artwork, self-portraits, drawings done in France, letters home, and condolence letters. He also published a Memorial Notice of Julian Gould which reproduced some of his son's drawings as well as his “Love, Order, Progress,” a Madonna and child design which his father greatly admired. Julian had written to his father about the Madonna in a letter of 15 November 1915, approving the print just before he left for France. The book received favourable notices in both The Times Literary Supplement and the Literary Guide. The album and book contain memories of Gould: the principal of his art school remembers him as “a student of keen artistic temperament and much promise” in a letter of 13 June 1917. As a young boy, the elder Gould had sung in St. George's Chapel Choir at Windsor before Princess Beatrice. He sent her a copy of the Memorial Notice, receiving an acknowledgement from her comptroller.

In his autobiography, The Life-Story of a Humanist, Frederick Gould sets down his thoughts on his son’s voluntary military service, an action at odds with the beliefs of the many pacifists with whom he was acquainted. “I read in the streets … the telegram announcing that German torpedoes had sunk the Lusitania. … When I reached home that May evening I found my son Julian sitting thoughtful in the room where, in view of garden and trees, he often designed and painted. He had that day volunteered for the Army. I will here affirm, as honestly as I have affirmed anything all my life, that I believe millions of our young citizens joined the Army with a spirit as free from Imperialism or Militarism as his. … Among my circle of acquaintance, the Non-resistance Minds and Conscientious Objector types were distinctly numerous. … My judgement, both retrospective and immediate, named them as less manly and less worthy. I say it with regret …”. More than a decade later, he wrote on 1 August 1932 in an article for the Leicester Mercury that he had during the war reluctantly come 'to the conclusion that it was the duty of British citizens to support the cause of the Allies'. By the 1930s, however, he was trying not to dwell in the past. Instead he concludes his article by looking forward to the education of youth in 'the fundamental unity of humanity throughout the ages' as the best way to preserve peace.