Constance Malleson, in a series of letters to her former lover and lifelong friend Bertrand Russell, provides a vivid account of life during World War II. She writes first from her home in the English countryside, later from Finland, and then, following her escape from attack by the Soviet Union, from Sweden. Her letters provide valuable insights into the hardships of war, as seen from the civilian perspective.

Lady Constance Malleson (stage name Colette O’Niel), was a stunningly beautiful aristocrat, actress, and writer. World War I brought Bertrand Russell and Colette together – both were volunteers with the No Conscription Fellowship. Their sizzling hot love affair, begun in 1916, eventually cooled, but their relationship, despite quarrels, separations, other affairs and marriages, was never completely severed. Their correspondence stretches over a half-century. 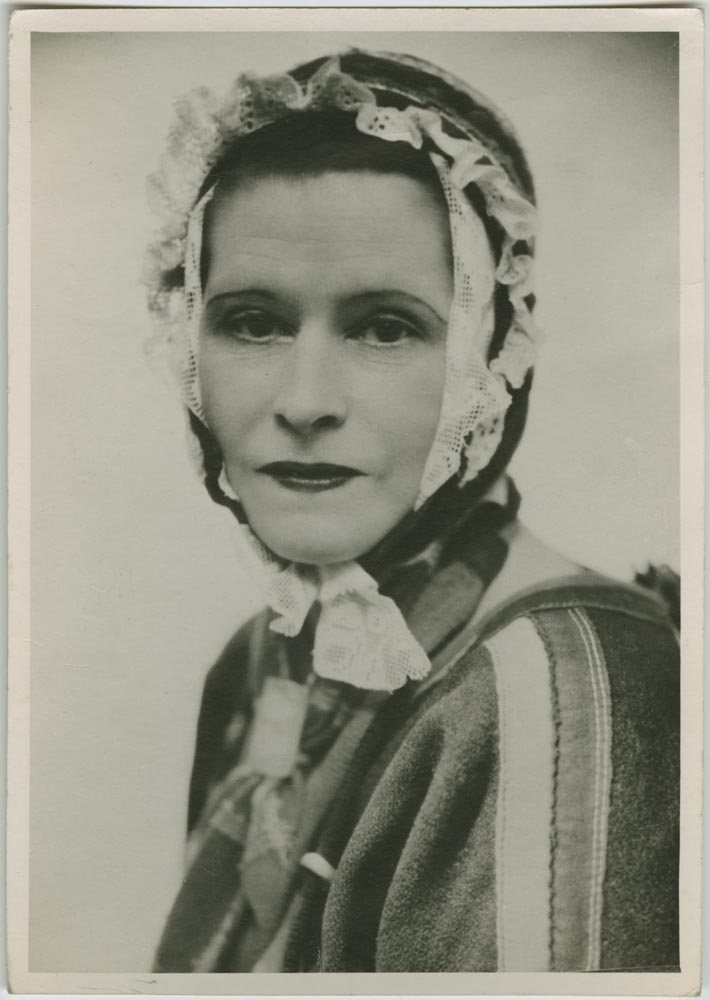 World War II found Russell exiled – teaching in the United States – while Colette was living in the English countryside at Blagdon. Although both had opposed the First World War, they were both supporters of the Second because of Hitler’s threat to civilization. Colette had been living on and off in Scandinavia since 1935. In 1940 she left England for Finland. Both she and Russell made a personal choice to leave England and both found themselves in the same situation – observers of the war while living in foreign lands. They used one another as sounding boards, puzzling out what was going on around them, as well as in the world at large.

Colette’s first letter was written on 1 September 1939 when mobilisation had just begun. She writes vividly of the evacuees from the cities being dumped on the countryside, Bloomsbury landladies being ruined, rationing and the pressing need for scrap paper and metal. She also comments on hospitals, bikes, black-outs and convicts. From the beginning she was also worried about what was happening to her beloved Scandinavia (that “casket of gold set with sapphires”) – and Finland in particular – after it was attacked by the Soviet Union on 30 November. She championed its cause fiercely in the press, pestered the BBC to devote programming time to its fate, and raised funds for the Finnish Red Cross. She also sent her furs to the Finnish soldiers fighting the Soviets on the Lapland front. 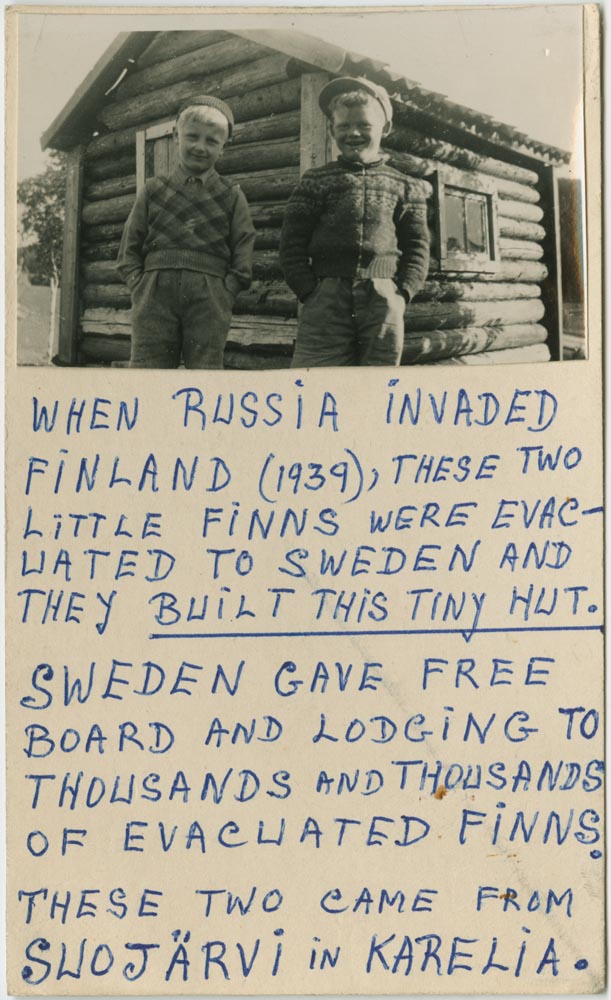 By March 1940 she had gone to Finland to help her friends there in any way that she could. That same month the Finns and the Soviets concluded a peace treaty. Once there she witnessed a sad procession at the conclusion of what came to be known as the “Winter War”: “Finnish soldiers filed past in hooded white battle dress, bearing on their shoulders the coffins of men killed in the war. Each coffin was shrouded in the white and blue Finnish Flag. A handful of unfrozen earth and a few bright tulips lay upon each. The Dead March wailed on the air. No movement or sound escaped from all that mourning crowd until the last of the music had faded and the last of those white-clad figures had passed.” Not long after, she heard on the radio of Hitler’s invasion of Norway on 9 April. She had been in Finland only a few months when she characterized the war as “the life or death of the world.”

Most of her time in Finland was spent near the village of Vehmersalmi where she rented a tiny cottage on Kallavesi Lake. She helped refugees from the war and stranded English volunteers. When conditions became worse, not wanting to be a burden to the community, she travelled to Vasa, Oulu and Kajanni, where she had friends. In Oulu she stayed in a hotel with two Nazi soldiers in the next room. Finland had agreed to the transit of a limited number of German troops into Finland. She was back in Vehmersalmi on 18 June 1941 when mobilisation of Finnish troops began. Large numbers of men and horses arrived in the village and had to be housed and fed on short notice; then they were gone, along with the local men. On 22 June Germany declared war on the Soviet Union – only a few days later, on 26 June, after trying to maintain neutrality, Finland was forced to follow suit. Finland did not regard itself as an ally of Germany’s but instead as a co-belligerent with the same enemy. Near the end of the year on December 5, Britain already allied with the Soviet Union against Germany, declared war on Finland, much to Colette’s distress and frustration. The United States did not – and retained diplomatic relations with Finland.

Colette’s next letter to Russell was written from Stockholm, Sweden, containing restrained but poignant recollections of her escape from Finland. While in Finland she had done some broadcasting and writing to survive under tough conditions of limited food, heat, and light. Stockholm, in contrast, was a cornucopia of abundance (“mountains of fruit and chocolate”) and initially it appeared that her life might become easier. But Colette, with her income interrupted, ran low on money. Russell, of course, offered to help her. At first she turned him down, despite living on only wild mushrooms and substitute coffee, but as winter approached her situation became so desperate she did accept his assistance.

In September 1941 the British Legation offered her and others the chance to travel to England. She was required to sign a document to repay the British Government. Colette thought this “was a most reckless proceeding – as they gave one no idea of what the cost would be.” For that and other reasons she decided to stay put, although many of her English friends did leave. Thus she was still in Sweden when news of her mother’s death reached her in the autumn of 1941. She spent the winter in a hut, smaller than the cottage she had been renting, but it had heat and electricity. By the following year, she was able to put together a lecture tour – she was in Stockholm at the same time that T.S. Eliot was there, lecturing for the British Council. Conditions in Finland remained grim. Colette was better off in Sweden – able to have RAF flyers who were in a nearby internment camp for dinner, even if she did have to save her ration coupons for a month to feed them.

Although Russell and Colette continued to write to one another, none of Colette’s letters have survived from December 1943 until April 1945. This is unfortunate as September 1944 marked the end of the war in Finland with the withdrawal of the Germans, a cease-fire with the Soviets, and an armistice with the Allies – it would have been interesting to know how Colette reacted. In that same year Russell returned to England. In March 1945, Finland declared war on Germany.

Fourteen letters from the many written by Colette have been selected here. Of these, two have been transcribed in full; for the others only excerpts have been transcribed. The following family members are referred to in the letters: Peter – Russell’s third wife; John, Kate, Conrad – Russell’s children; Priscilla – Colette’s mother. An edition of Russell and Colette’s correspondence is currently being edited for publication.

Malleson, Constance [aka O'Niel, Colette], Photograph, [1939 or after]