The Spanish Civil War: Foreign Intervention and the American Reaction

In a bitter conflict that foreshadowed the worst excesses of World War II, Europe found itself divided. The Spanish Civil War also divided the United States although most popular sentiment, as this archival collection suggests, was on the side of the doomed Republican cause.

In the 1930s well-intentioned politicians and pacifist groups adopted a seemingly pragmatic approach to conflict resolution, voiced moderation and diplomacy, and espoused the gospel of internationalism through the League of Nations. During the same period fascist expansionism made its mark with Japan’s invasion of Manchuria in 1931, Hitler’s rise to power in 1933, Italy’s conquest of Ethiopia in 1935 and the Spanish Civil War (1936-1939). In response to Italy’s aggression, the U.S. Congress passed the Neutrality Act which forbade Americans to sell or transport arms out of the country once a state of war existed elsewhere in the world. Although the Neutrality Act did not apply to civil wars, the American government remained officially neutral during the Spanish Civil War. The Neutrality Act did not prevent American companies, however, from selling or trading other goods and materials such as food or oil to the warring factions in Spain. American corporations such as Texaco and General Motors supplied the fascist rebels with trucks and gasoline. Four million dollars worth of olives from nationalist or fascist Spain were imported into the United States. In truth, many Americans were more concerned by a communist take-over in Spain than the threat of a fascist dictatorship. The Non-Intervention Pact signed by Britain, France, Russia, Germany, and Italy proved to be completely ineffective: Germany and Italy sent massive amounts of aid to General Franco’s fascist regime and Russia aligned itself with the Republican government. The Spanish Civil War changed the balance of power in Europe and foreshadowed the destruction and terrible atrocities that ensued during World War II. 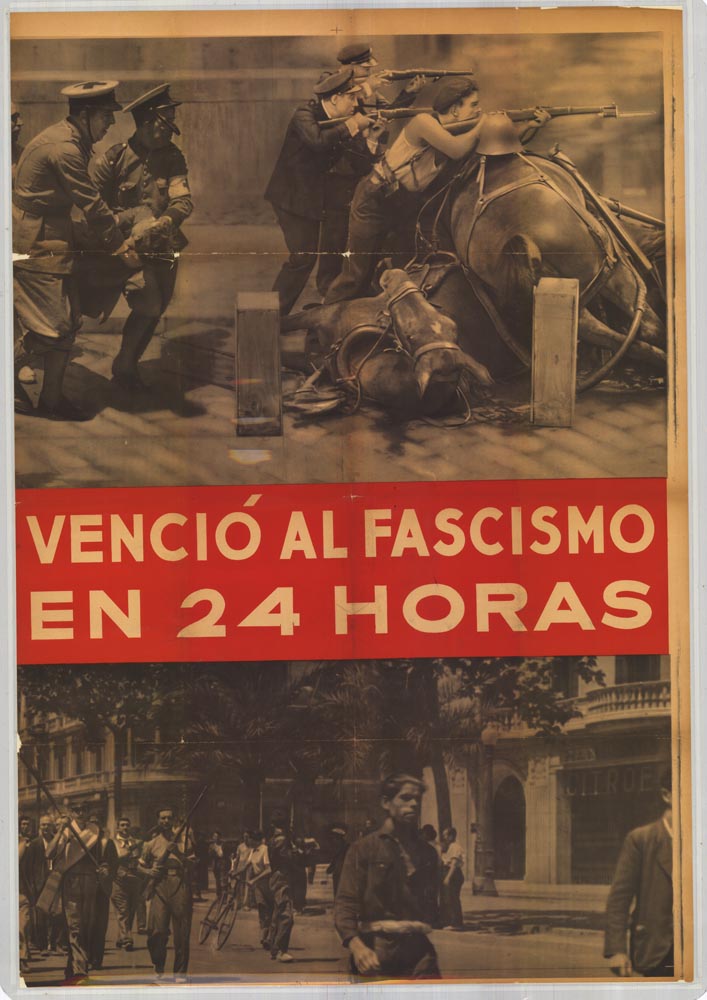 A strong political and cultural movement in the United States pledged support for democracy in Spain and the Republican loyalists. The Republican supporters called for an end to American neutrality, raised money for medical aid, food, and clothing, and drew attention to the arrests of the civilian population, the persecutions, and the genocide. In spite of a State Department prohibition against travel to Spain, 2,800 Americans volunteered and fought in a desperate, losing cause, joining with 35,000 anti-fascists from many other countries in the formation of the Fifteenth International Brigade. The Americans named their units the Abraham Lincoln Battalion, the George Washington Battalion, and the John Brown Battery.

The Spanish Civil War collection at McMaster University Library reflects the attempts of well-known individuals such as Dorothy Parker, Paul Robeson and John Dos Passos, as well as many American organizations in opposition to Spanish fascism such as The American Committee for Spanish Freedom, The Joint Anti-Fascist Refugee Committee, The Veterans of the Abraham Lincoln Brigade and The Committee for Impartial Civilian Relief in Spain. Many of the organizations were openly Communist. Protest rallies were held in New York City and bulletins, leaflets, and posters were published and distributed widely. The League of American Writers arranged for the sale of original manuscripts and correspondence to raise money. Even after Franco’s fascist forces took over the country, there were vigorous campaigns in the United States for a trade embargo and sanctions against Spain. 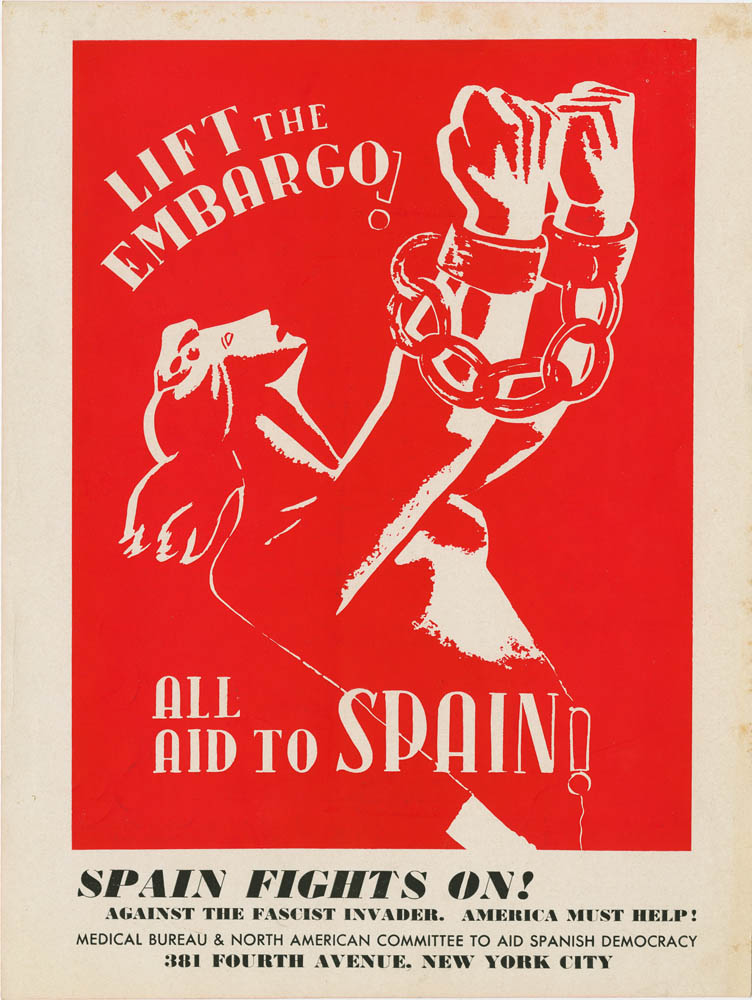