Time Off during War: The Saarlouis Theatrical Productions

This album shows a lighter side of war; it meticulously documents the highly professional theatrical entertainments mounted by British soldiers in south-west Germany during the final months of the First World War.

It has often been said that soldiers during wartime are bored ninety-nine per cent of the time. The other one per cent of their lives, of course, is sheer terror. But what do soldiers do when they are not training, marching, fighting, and preparing for war? Certainly, their thoughts are focused away from the battlefield and on family and loved ones and the normalcy of ordinary life. During both World Wars, regiments entertained themselves in order to boost morale. Soldiers drank to excess, played card games and sports (even in the trenches), were quasi-tourists, performed music, and produced theatrical skits and plays. It was not uncommon for soldiers to don women’s clothing while performing plays and during other forms of revelry. 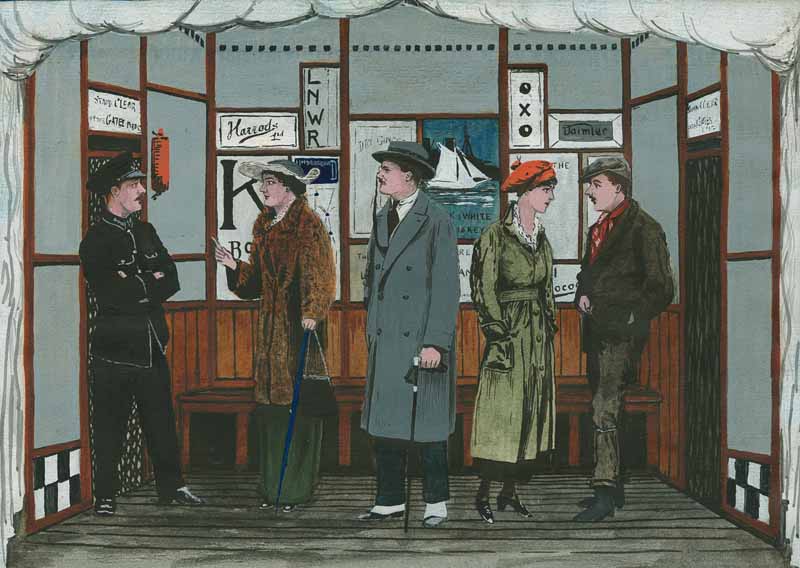 A unique example of troop entertainment at the end of World War I has survived in a carefully written and meticulously illustrated notebook documenting British soldiers’ entertainment in Saarlouis, a small city in the Saarland of south-west Germany, near the French border. A commercial and industrial center, the Saarlouis district included a shell and armour plate factory and the Dilligen ironworks, which was bombed by French airmen in August 1917. In the previous year, close by in Northern France at Verdun, the French forces under General Pétain, repelled numerous German attacks in one of the bloodiest campaigns of the war. British soldiers had a camp and hospital in the area in 1918. Saarlouis and the entire Saargebiet subsequently became a protectorate of the League of Nations until 1935 when the area joined Nazi Germany by plebiscite. 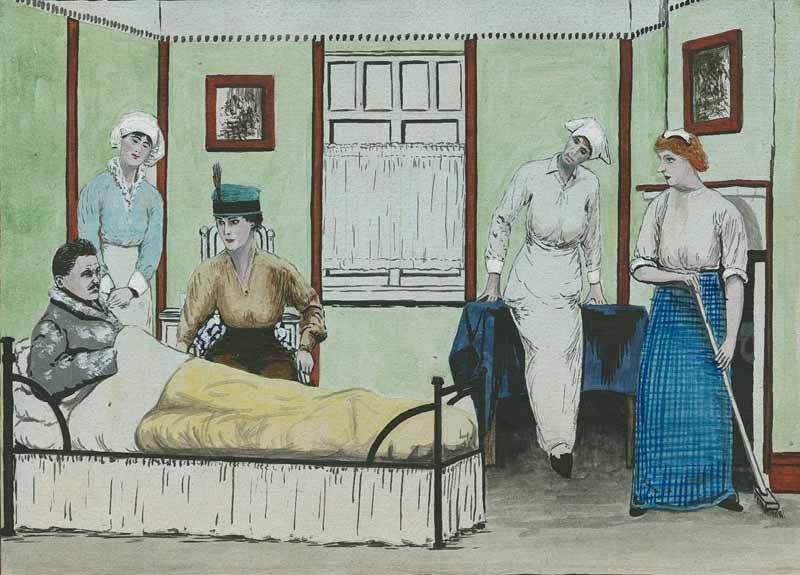 In early January 1918 the British soldiers of the Saarlouis Theatrical Committee were stationed in Heidelberg where they staged a fancy dress ball. Between March and December 1918, they produced fifteen different variety shows and concerts at Saarlouis. The productions appear to have been written entirely by the soldiers: productions included “Love in the Mountains”, “In Search of a Filly”, “Five Birds in a Cage” (set in the interior of an elevator on the London Underground) and “The Rest Cure”. Although the emphasis in these productions was decidedly on fun and comic relief, the members of the Committee put a lot of serious effort in staging the productions and making the costumes. The album lists the names of each character in every play or show, contains sketches and photographs of the costumes as well as notes about the fabrics and materials employed. The compiler of this album, likely a soldier named E.J. Edward, took his entertainment responsibilities seriously indeed!