The protest movement which developed in opposition to the Vietnam War was unprecedented in its size and influence. Particularly vocal in the United States, where young men were forcibly conscripted for service, its influence was felt in Canada, Britain and around the world. Nor was it solely a peace crusade of the young; Bertrand Russell, by then in his nineties, worked against the war for as long as he lived.

The Vietnam War (1961-1975) caused protest movements around the world. The struggle for Vietnamese independence against the French had begun in 1946. That phase of the conflict came to an end in 1954 with the partition of Vietnam into North (controlled by Communists) and South. The next phase of the struggle was the push for unification, led by Ho Chi Minh from the North. The involvement of the Americans, opposed to Communist expansion, began with the sending of a small number of troops to the South in 1961 and the American presence escalated every year after that. Protesters objected to the continuing American presence in a foreign sovereign nation, the methods used in fighting the war, conscription of American troops and the ensuing huge loss of life. 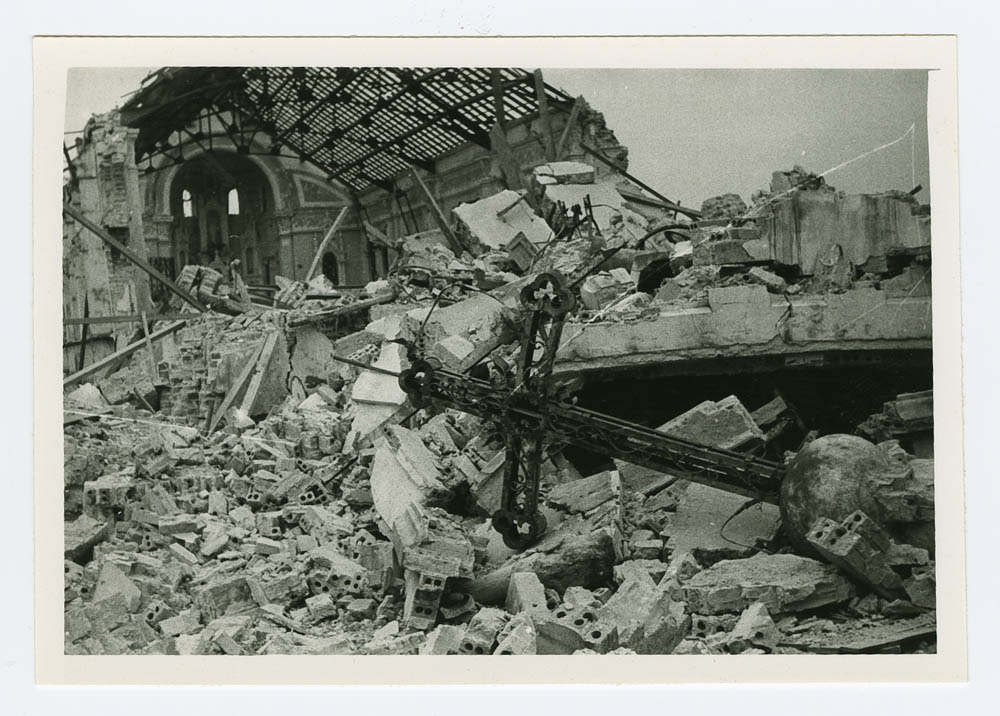 The Division of Archives and Research Collections at McMaster University houses a wide variety of materials relevant to this protest movement. Bertrand Russell's was one of the first voices in the West raised against the American incursion into Vietnam. In 1963, at the age of ninety, he wrote a letter to the editor condemning the United States for “conducting a war of annihilation in Vietnam”, indicting the US government for the use of napalm. Dated 28 March, it was published in several American and British newspapers, including the New York Times as 'Vietnam Policy Protested' on 8 April 1963. Russell continued his vigorous opposition to the conflict until his death in 1970.

Russell established a correspondence with Ho Chi Minh in 1964, receiving his first communication from Ho on 10 August. This was a valuable channel to have open and he used it in a variety of ways. For example, he helped to facilitate the entrance of CBS broadcasting teams to North Vietnam to document what was happening on the ground. Correspondence was not direct, of course, one telegram reached Russell through the Vietnamese Embassy in Moscow. Russell did not confine his communications to North Vietnam. On 1 February 1965, he sent a cablegram to General Khanh in Saigon, South Vietnam, demanding that the execution of demonstrators by firing squad cease.

Later in the decade, an item in Newsweek magazine, “Lord Russell, Texas and the VC [Viet Cong]”, warned that Russell might funnel the funds from the sale of his papers “to aid Communist forces in Vietnam” [Newsweek, 17 April 1967, p. 25-6]. In fact just the opposite had been happening. Ho Chi Minh donated a generous sum to Russell in March 1965. Russell used the proceeds from the sale of his papers – the papers went to McMaster University and not the University of Texas – to fund the Bertrand Russell Peace Foundation which he had set up in 1963. Russell and his colleagues put the American Government “on trial” for war crimes, convening tribunals in Stockholm and Copenhagen in 1967.

Russell was also in contact with Pham Ngoc Thach, Minister of Health in North Vietnam and Chair of the War Crimes Commission, who offered to provide films to be shown at the International War Crimes Tribunal. One of these films may be “Medical Organization in Vietnam” [DVD 1. below] which contains an interview in French, presumably with Pham Ngoc Thach. It has not been possible to ascertain if this film and others were shown at the IWCT. One film described as a “guerrilla film from Vietnam” was shown at a public meeting organized by the Peace Foundation at the Mahatma Gandhi Hall to mark the fifth anniversary of the formation of the Vietnamese National Liberation Front. Russell’s archives at McMaster University contain five films in all, all depicting the ravages of bombing on the landscape, people and buildings of Vietnam [DVD 2. includes 2 films “Xu’ong phim Tài lieu Thòi su Viêtnam” and “Māt Trân …Viêtnam”, the second film begins at 10.27; DVD 3. 'Xuōng phim Quān doi Nhān dān Viêtnam'; DVD 4. “Hanoi Faces the Escalade”; all below]. 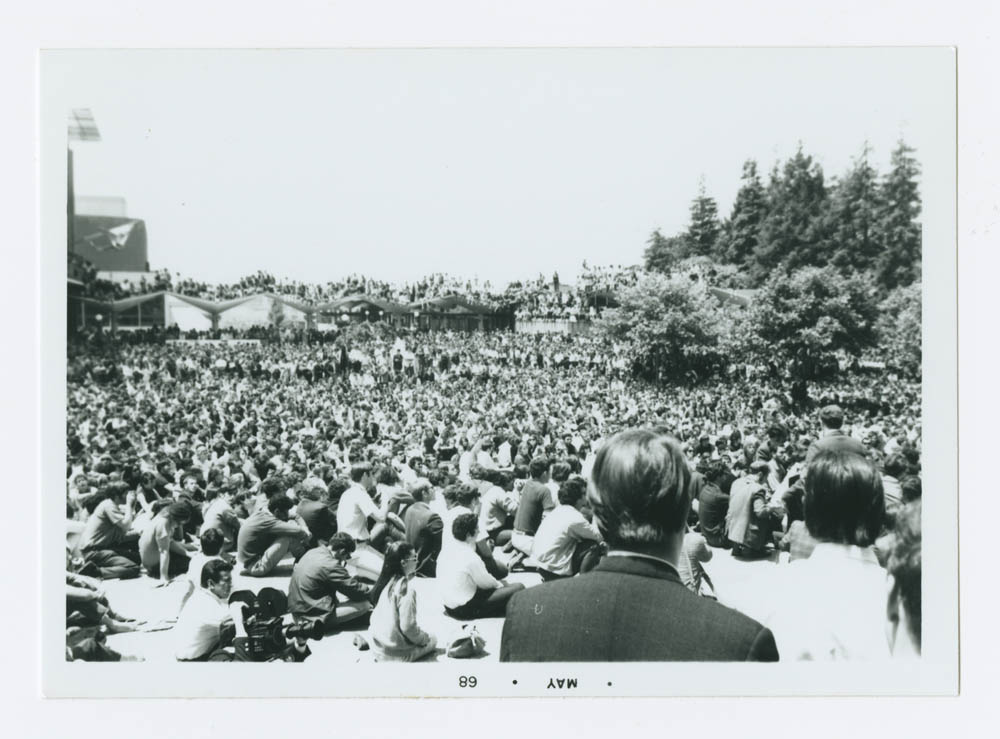 Russell’s young assistants travelled to Vietnam and reported on conditions there. He was also in contact with others including Tariq Ali who wrote an article, “A Month in North Vietnam”, about the bombing with photographs. Professor J.B. Neilands, another of Russell’s contacts, wrote in 2001, describing his visit to Vietnam in March 1967 – that report plus photographs taken of bombed schools, churches and hospitals, and casings of pineapple and guava bombs were given to the Russell Archives. Neilands also included in his donation a film of Japanese origin. This film, “Testimony of Truth” with narration in English, depicts the visit of the Japanese Committee for the Investigation of War Crimes in Vietnam [DVD 5. below].The Committee can be seen travelling throughout the North, examining bombs and bomb damage as well as interviewing an American POW. Neilands also chaired a Scientists’ Committee to end Chemical Warfare in Vietnam in the United States. Neilands, Ali, and members of the Japanese team testified at the IWCT.

On 4 July 1966 Russell released his 'Appeal to the American Conscience' as a printed text and as a broadcast address. [audio 1. below] The importance of informing the public as what was going on was recognized as being vital from the first. Russell’s Peace Foundation organized displays of photographs such as the one in Brighton in October 1966. It was also one of the sponsors of the Vietnam Solidarity campaign set up in 1966. The campaign issued leaflets aimed to shock and get attention, including 'Uncle Sam Wants You Nigger.' In addition, English language leaflets were produced in Hanoi and distributed in the West. Russell worked to have representatives of North Vietnam admitted to Britain to tell their stories. At least two North Vietnamese were eventually allowed to come to Britain. Groups opposed to the war in other countries – Australia, Canada, the United States – and organizations in Britain not directly affiliated with Russell sent their literature to him. British groups include the Vietnam Free Speech Campaign, the Kent Council for Peace in Vietnam and the British Artists’ Protest. Foreign groups include the Australian Campaign for Peace in Vietnam, the American May 2nd Movement, Students for a Democratic Society and the Concerned Citizens of Palo Alto – to list a few among many. The Palo Alto group was concerned about the use of napalm. Some of their documents have been digitized.

The movement against the Vietnam War was almost worldwide and the number of different groups staggering. The Division of Archives and Research Collections possesses a number of archival collections with relevant materials – leaflets, pamphlets, posters, newsletters and pins – portions of which have been digitized.

From the Canadian Student Social and Political Organizations collection:

Canadians for the N.L.F. (National Liberation Front): image of the US flag with skulls and dollars signs instead of stars

Canadian-American Committee to End the War in Vietnam:leaflet

Student Association to End the War in Vietnam: poster or pin

Toronto Co-ordinating Committee against the War in Vietnam: leaflet

The Hans Sinn fonds contains correspondence re assisting American draft dodgers, practical tips on immigrating to Canada, and information from the Central Committee for Conscientious Objectors and Peace Movement in the Niagara Region. The National Federation of Canadian University Students (later the Canadian Union of Students) has a pamphlet on “The War in Vietnam and the Development of the Student Power Movement”; also a film, “Un Jour à Hanoi”. Despite the title, the narration is in Vietnamese [DVD 6. below]. There is also an interview with an American army deserter, Jim Mathesson [audio 2. below].

As the years of conflict went by it became obvious that the goals of the American government could not be achieved militarily. The Americans left Vietnam in 1975 and the country was re-unified under Communist leadership. What the Americans had feared the most – that the whole Southeast Asian region would become Communist if the North triumphed – did not, in the end, come to pass. There is little doubt that worldwide protest movements played a role in the American decision to withdraw. The war had prompted a broad spectrum of opposition; many of those who had seen the destruction caused by previous conflicts were vocal in their condemnation. However, the most lasting legacy of the Vietnam War for the Peace Movement was that it mobilized a whole generation of young people from around the globe.

WARNING: ALL VIDEOS BELOW CONTAIN IMAGES THAT SOME COULD FIND DISTURBING.

Toronto Co-ordinating Committee to End the War in Vietnam, Leaflet, [1969?]

Toronto Co-ordinating Committee to End the War in Vietnam, Leaflet, [1969?]