Letters of a German Soldier in the First World War: Otto Hartmann

One of McMaster’s few holdings of German archival material, the letters of Otto and Ada Hartmann extend over a period of less than a year, between the spring and fall of 1915. Despite the relatively small size of the collection, amounting to some two dozen letters, it nevertheless provides valuable insight into military operations and attitudes in the German rearguard and into the daily life of a German soldier’s wife during this important first full year of international warfare.

At about 9:45 pm on 30 March 1915, a German soldier named Otto Hartmann readied himself to sleep on a chaise-lounge well known for its softness in the day duty officer’s shack at the Rennfeld prisoner-of-war camp in Münster, Westphalia, where more than two hundred prisoners had just arrived from Giessen and Darmstadt. Stationed quite close to his wife Ada and their three children in Minden, he had been spending his free time eating eisbein and sauerkraut and drinking beer with fellow soldiers. Hartmann served as a Vizefeldwebel, a non-commissioned rank similar to a staff sergeant, undertaking non-combative duties on the Home Front with other older or less robust recruits for the Prussian Army in 2 Companie of the 14 Landsturm Infanterie Ersatz-Bataillon. His reports home to Ada suggest no difficulties greater than the discomfort he felt that day from his typhoid inoculation. 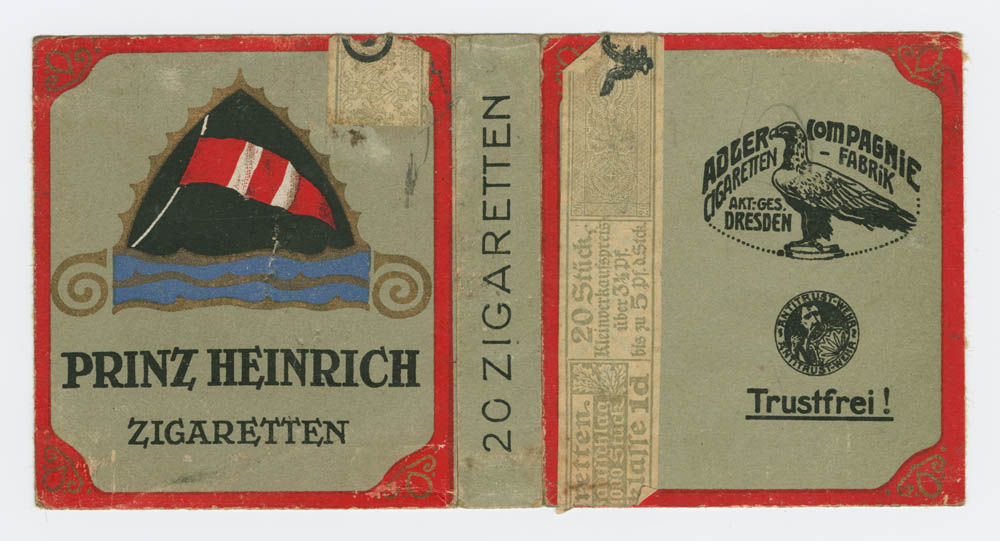 Hartmann’s comparatively easy life was, however, quickly upended. Following the surprising successes of Army Group Lauenstein (later called the Niemen Army) in northern Lithuania during the spring of 1915, the Prussian Army suddenly found itself with large numbers of prisoners-of-war to administer in an unfamiliar country. In April Hartmann was transferred to 7 Companie, Halbbataillon Münster of the Landsturm Infanterie Regiment No. 1, and by the beginning of May he was travelling through East Prussia on his way to an etappe, one of the newly conquered regions of military control behind the twenty-mile zone of the operational Eastern Front. Having arrived at Raseiniai in Lithuania, Hartmann stayed there for several weeks. His company then progressed through Lithuania as the front moved eastward, taking him west and north of Kaunas, to Borki, Seredzius, Vilkija, and Kedaniai. By mid-October, his company had reached Jonava, north-east of Kaunas.

His post with the Etappe Command of the Niemen Army brought about drastic changes. Cigarettes and cigars, supplied by his wife Ada in her frequent parcels, soon became a treasured luxury in the absence of the plentiful goods he had enjoyed at Münster. Even the luxury of easy communications with his family was jeopardised by his transfer, since the frequent movements of his new company made it necessary to provide his wife with elaborate postal details in order for her letters – and the packets with cigars – to reach him. In his absence, Ada Hartmann continued on, taking their children to the zoo in Hamburg and taking a trip to Solingen in July to visit the family of Paul Voss. In her stylish handwriting, she relayed to Otto all the news, important and mundane, from their household in Westphalia, from the price of liverwurst to a maid who doesn't clean in the corners!

The letters she received in return, typically brief and at times almost indecipherably scrawled by her husband, often delineated his company’s movements and actions, though Otto tried – at times unsuccessfully – to restrain himself from writing too much about military matters. He gossiped about fellow soldiers and complained about his poor rate of pay. Ironically, it was one of his duties to travel to Tilsit to obtain the money for his company’s wages from the army paymaster. He wrote frequently and sympathetically about the prisoners, mentioning some by name and giving a glimpse of their lives as forced labour for the German army. Yet beneath his benign comments can be seen at times a glimpse of the subtle cultural tension at work in the etappe. The German army was under strict command to maintain order and respect for German dominance, among their own forces and the local populace alike. Thus, while supervising a work detail of local prisoners-of-war who had ended their day of labour on a harbour at Borki with an evening song of prayer, Hartmann promptly corrected one of his soldiers, who had ventured to say that he had never heard German soldiers sing so well.

The Hartmann correspondence held at McMaster University Library ends in October 1915. The Prussian General Ludendorff was at that time poised to reshape Hartmann’s service still further with the union of the military commands of several etappe zones of control into what was called Ober Ost, a new quasi-political administrative province with further restrictions on the freedoms of the local populace and even more intense promotion of German ideals and economic interests, almost to the point of colonization. Yet the letters come to an end before this process could be discerned, and Otto and Ada Hartmann are lost from sight, their ultimate fate not revealed. Nevertheless, their letters contribute rich details to our view of their world and deserve further transcription and translation.