McMaster University’s extensive Air Raid Precaution collection contains detailed information about the centre of the City of London’s preparations for the Second World War. A detailed survey of all residences and businesses was conducted, and air raid facilities were established long before the bombs began to fall.

By 1936, the City Engineer’s Office for the City of Westminster, London, England, had been directed by the Home Secretary to identify potential shelters in case of war for all the resident population, as well as for employees in Westminster, shoppers and retail outlets. By 1938, the staff members of the City Engineer’s Office were going from house to house, and business to business on every street and back alley of the city, assessing the area, strength of basements, suitability for shelter, and potential capacity, of each of the underground spaces visited. 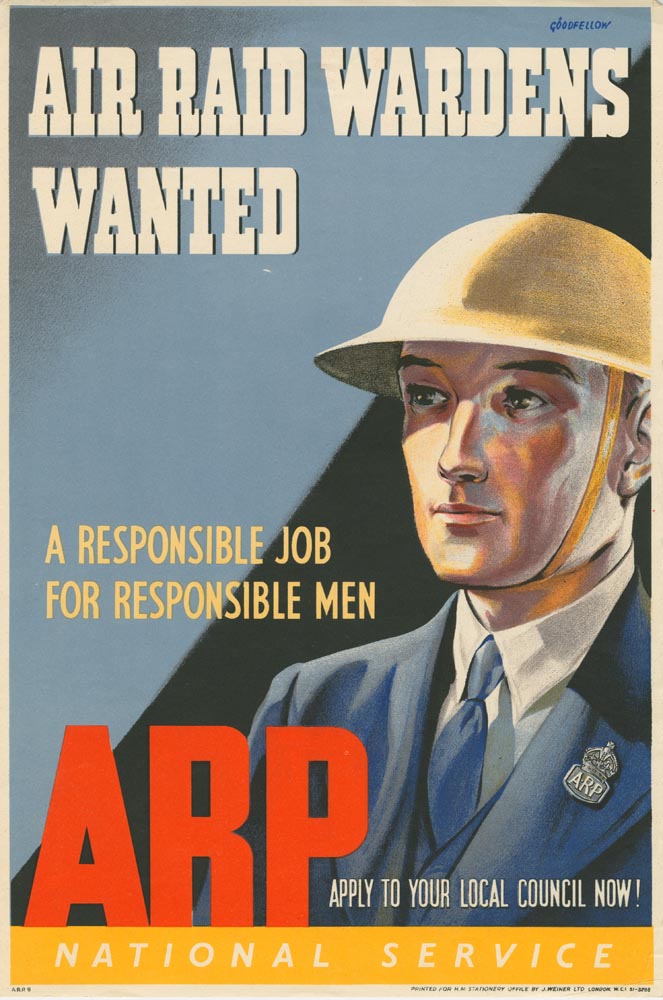 The resulting survey was a detailed description of the size, general footprint, condition, ownership, and date of construction of almost every building in Westminster. The City took its time, presumably because officials were reluctant to interrupt the private affairs of residents any more than they were required to do. However, very few of the citizenry refused to allow the surveyors admittance. The City Engineer, R. W. Rawlinson, and his staff were not caught unprepared, despite the vacillation of the National Government under Neville Chamberlain. The office fulfilled its mandate. A typical survey presents information from 6a and 6b Duke Street in the St. James’s section of the City. It appears to have been a retail operation for Messrs. H. Wildsmith and Son (Bootmaker). The owner of the building was the Clerical Medical General Assurance Co. The form indicates that there were two employees, and that there might be one customer there at any time, in the event of an air raid. The City Engineers calculated the dimensions and the volume of the potential shelter space along with the number of individuals per square foot who could be accommodated standing in a shelter (with and without a ventilation system). Shelters were evaluated for their potential use during the day or at night, and the condition of the building and suitability of its spaces as shelters was rated. This building was rated as “A”: the most suitable class. Officially, these premises were designated as a shelter in September 1939, but a later memo from the Chief Air Raid Warden (1940) informs the City Engineer that “a Warden from Post #5 will contact the owners and obtain a key.” This suggests that the shelter was not brought into use for more than a year after the World War II started. The City Engineer’s Office, having taken over a particular space, was responsible for its upkeep and repairs, but apart from one complaint about a loose flashing over a pavement light in 1943, the shelter survived undamaged until its official release as a shelter on 30 May 1945.

The minute detail required of the City Engineer is reflected in the files that McMaster’s Archives and Research Collections holds. Mrs. Burgess for example, the owner of a private house in Pimlico, wrote to complain that she was losing potential rent on the upper floors of the house because an Air Raid Warden’s Post occupied the basement and part of the main floor. The City had agreed to buy the coke needed for her furnace to heat the shelter as well, so she submitted a bill for £6.12.9 for two months, and an electricity bill for £2.8.4 ½ . She suggested that the City install separate electricity meters. Four days after receipt of the letter, the City Engineer’s Office, in a memo, agreed to the separate meters, and authorized payment of the bills. In addition, the file on this Warden’s Post shows a floor plan of part of the area in use, with some discussion as to the “temporary” strengthening required. Also in the file are complaints about a charge of £3.4.6 for two round trips by truck to this post with loads of filled sandbags; the Town Clerk asked the City Engineer to contact the company concerned and “ascertain the particulars of the work and time involved and let him have his observations as to whether the charge made is reasonable or otherwise.” The Office was not about to overpay for services rendered.

As well as air raid shelters, the City Engineer’s Office oversaw matters as diverse as road conditions, nightly bombing reports and debris removal after bombing: there are daily tonnage reports, and the Office kept track of fuel consumption, recycling of materials, and the licenses of particular trucks involved. Originally, the Office was located in Alhambra House, in Charing Cross Road and some time in 1940 or early 1941, the address changed. The original office had been bombed, and was unusable, so alternative space was found with the Automobile Club in Fanum House. The only reference in the files to the loss of the original office relates to equipping the new one: there are lists of costs, materials and services, and the roster of staff designated to act as wardens for the office. It must have been heart-breaking to have to label a shelter as “unusable because of enemy action,” knowing that those words implied the injury or sudden deaths of their fellow citizens.

The City Engineer’s Office operated around the clock all year long during the World War II. There is little indication of vacation periods, or salaries, or overtime pay in the files. As rationing of supplies became more stringent, the sheets of paper in the files become smaller and more varied in form; envelopes were slit and opened up and used for memos, and onionskin paper was typed on both sides to provide carbon copies. However, there are no recorded complaints about the dearth of materials for conducting the jobs which needed to be done. These files show the “stiff upper lip” and “business as usual” attitudes for which the British, and particularly Londoners, became renowned between 1939 and 1945.