A Voice of Reason: C.K. Ogden and The Cambridge Magazine

Under the editorship and management of eccentric polymath, C.K. Ogden, The Cambridge Magazine achieved national fame, along with considerable controversy. Reaction to its “pacifist” sentiments resulted in questions in the British parliament and systematic spying on Ogden’s activities, as well as the ransacking of his Cambridge bookstore premises.

English semiotician and founder of Basic English, C. K. Ogden (1889-1957), can most accurately be described as a polymath. A man of varied and wide-ranging interests, as a Cambridge undergraduate he was drawn to the study of language, and this passion was to be all consuming and lifelong. In 1909 he helped establish the Heretics, an irreverent society dedicated to the free discussion of religious matters. By 1910 Ogden had begun the linguistic research which was eventually to result in his best-known book, The Meaning of Meaning (1923), co-authored with a Cambridge colleague, I. A. Richards. This early research was also to result in the development of Basic English, a version of the English language based on only 850 words, a proposed solution to the problem of international misunderstanding to which Ogden was to dedicate the rest of his life. Also in 1910, as a graduate student at Cambridge University, Ogden began to write for The Cambridge Magazine. In short order, he became both editor and publisher of the one penny weekly paper and, by the time war broke out in 1914, he was able to position it as a thoughtful voice of reason in a turbulent time. Such a controversial position made advertisers suspicious and, as the archives indicate, Ogden was constantly short of funds; a 1914 “Appeal for immediate financial support” included Bertrand Russell among the signatories. (Box 113, F.8) 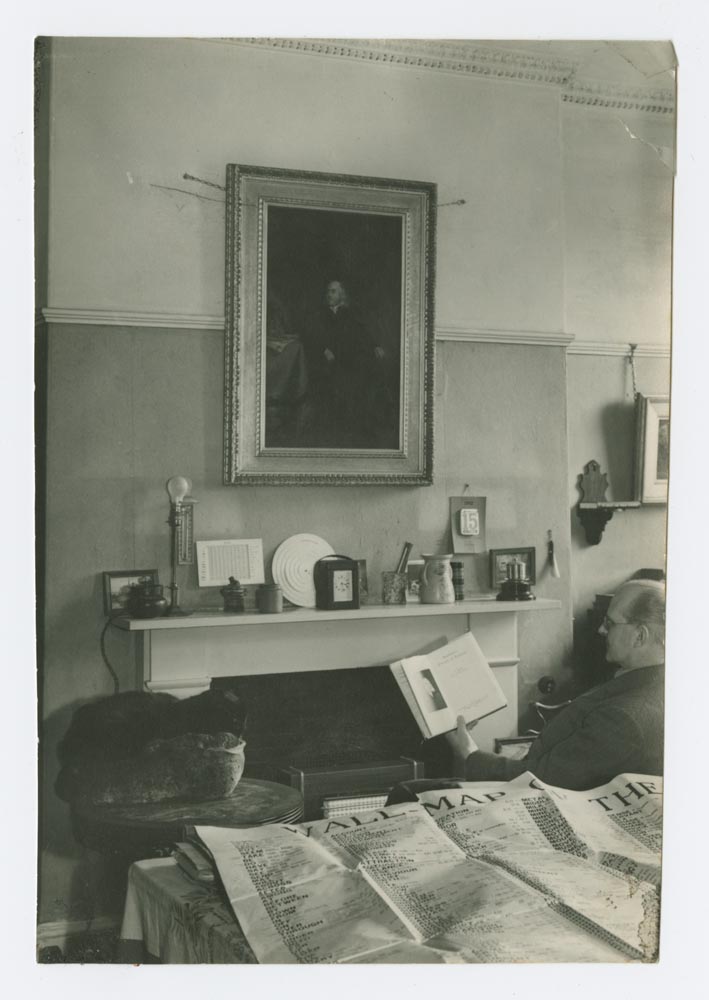 Under Ogden’s direction, the rather parochial periodical, with its focus on university events and discussions of academic matters, achieved national prominence. Avoiding the jingoism which consumed most other publications of the time, The Cambridge Magazine provided a forum for dissenting voices. Some of the earliest and bitterest poems of Siegfried Sassoon appeared in the weekly’s pages and, by 1915 a new regular feature appeared entitled “Foreign Opinion: A Weekly Survey of the Foreign Press”. Prominently located in the centre of the magazine and sometimes extending to seven full pages, the segment consisted of lengthy extracts from foreign publications, allied, enemy and neutral, all in English translations. At a time when government censorship prevented British readers from obtaining any direct knowledge of opposing views about the war, the feature, edited by Mrs. C.R. Buxton, wife of Charles Roden Buxton, prominent member of the Union of Democratic Control, helped contribute to a large increase in circulation and also to questions in the House of Commons. In November 1917 a Member of Parliament questioned the government’s policy of placing War Loan advertisements in The Cambridge Magazine, calling the publication “a vehicle of pacifists’ propaganda of a kind repugnant to the great majority of the members of Cambridge University and of the people of this country.” (Parliamentary Debates, 12 Nov. 1917. Vol. XCIX, 35-6). Other members defended the journal, praising its impartial translations from the foreign press, but the advertisements, according to Bonar Law, had been withdrawn since August.

As well as providing a vehicle for others, Ogden made his own vigorous contributions to The Cambridge Magazine, although he sometimes used a flimsy disguise. A favourite nom de plume was Adelyne More (“add-a-line more”) and it was under this name that Ogden contributed one of his best known articles for the journal, a bitterly ironic piece entitled “The One Thing Needful” which appeared on 29 January 1916 and was later circulated widely as a pamphlet. The piece begins by reproducing an earlier published letter (1 May 1915) from a young officer in which he berated the old men who were sending the young ones to their deaths: “Just when the younger generation was beginning to take its share in the affairs of the world, and was hoping to counteract the Victorian influences of an older generation, this war has come to silence us.” Adelyne/Ogden responds to the letter and to the conscription campaign which has “once more let loose upon the world that gerontocratic garrulity which seemed for a time to have been shamed into silence by the holocausts of young men” with a suggested bill: “That the age limit for enlistment in His Majesty’s Army be abolished, and that all males between the ages of 45 and 70 be encouraged to volunteer for active service.” With scathing irony the author exclaims: “What fighters some of them would make! The pent-up energies that would be released, the baulked instincts that would find an outlet!” In conclusion she/he addresses the older warmongers directly:

'O ye old and middle aged, for well-nigh two years the young have borne patiently with your howlings, your taunts, your patronage, your generous “giving” of sons, of lives that were not yours to give. If this law cannot be passed, it is but a small thing we ask of you … a moment’s silence now, while the last young men are dragged away.”

Such outspokenness was probably part of the reason that Ogden’s King’s Parade bookstore premises were ransacked by rioters on Armistice Day, 11 November 1918. Ogden responded, with typically dignified detachment, in The Cambridge Magazine of 16 November, observing that “In this country at any rate, violence has not yet been recognised as the proper method of attaining communal ends.”

McMaster’s extensive Ogden archive contains more than a metre of material (9 boxes), relating to the content and production of The Cambridge Magazine, much of it dating from the World War I period. There is also a related collection of some interest, consisting of two notebooks compiled by one Pte. C.T. Kemmis. We have no background information about this shadowy figure who appears to have been employed, presumably by some branch of the government, to spy on Cambridge pacifists. His notes on Cambridge begin on 19 February 1918 and on 6 March Kemmis visited the premises of The Cambridge Magazine. A week later the Chief Constable, a Mr. Holland, provided the names of three suspected pacifists: Dent, Dingwall and, inevitably, Ogden. Presumably Kemmis’s visit to Ogden’s premises had already revealed that there was little to fear from him, since the investigator confined his attention to the other two men until moving on to another suspected subversive at the end of the month.