Catching Sight of the Battle: Gladys Neale's Rise to the Top of Educational Publishing (with audio recording)

Amidst the great leaders of Macmillan of Canada in the latter half of the twentieth century stood Gladys Neale — a female visionary thriving in a male dominated industry, who became one of the most respected educational publishers in Canada. Despite facing challenges and discrimination, Neale stormed her way through the business of educational publishing, leaving a lasting legacy as a great publisher, literacy advocate, and staunch supporter of Canadian publications and authors. This study includes an audio interview with Neale, conducted by Roy MacSkimming for his book, The Perilous Trade.

Gladys Neale began her career at the Macmillan Company of Canada with a series of clerical contracts during the mid-1930s. Foregoing a teaching career for which she was formally trained, Neale earned $12.50 a week, the minimum salary for women then, which was perfectly acceptable to Neale who simply wanted to work with books. Shortly after her arrival, she transferred to the schoolbook department, eventually becoming acting manager of the department when manager John Gray was called to serve in the Second World 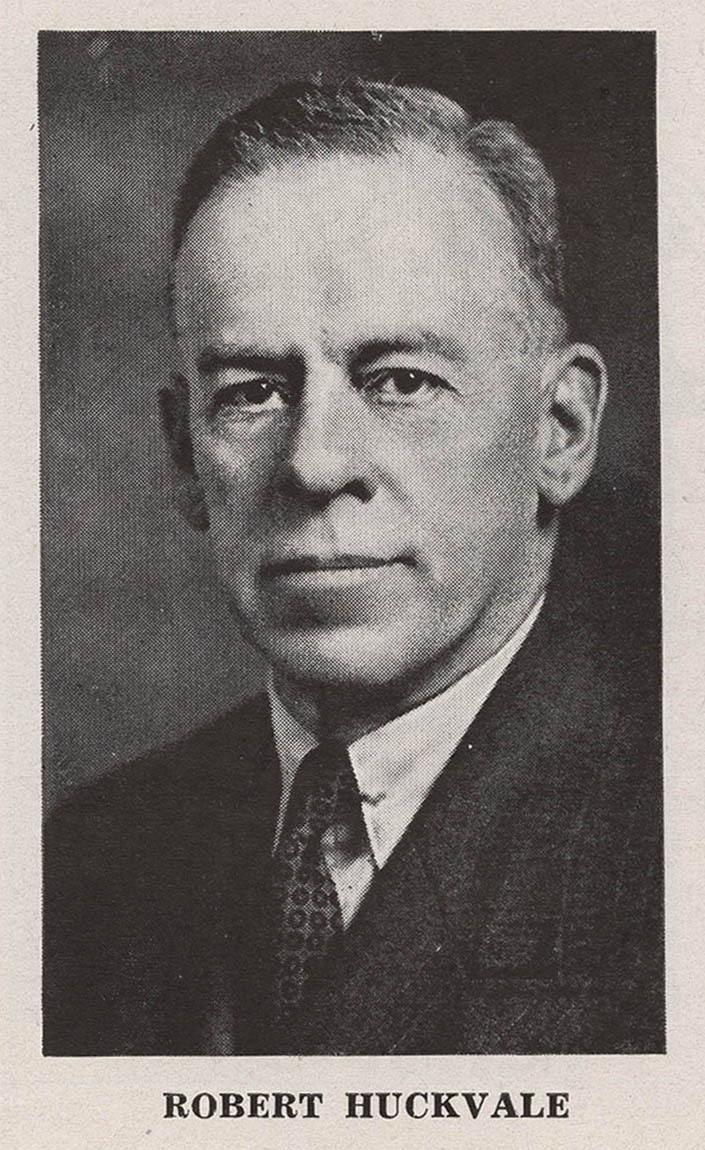 War. Knowing little more about educational publishing than what she had encountered as a librarian during her early years at Macmillan, Neale expressed interest in a form of professional development that was quite unusual for women at the time — travelling. Educational publishers often hired representatives to speak with provincial departments of education to determine their textbook needs, but never did women take on a travelling role for a publisher; it was simply unheard of. Surprisingly, Bob Huckvale, president of Macmillan, agreed that Neale would benefit from such trips and sent her across Canada, trunks of books in tow.

In 1945, Gray returned from the War and was promoted to managing director of Macmillan. He was not convinced that Neale could easily slip into the role of manager of the schoolbook division despite holding the position in his absence. In fact Gray hired a young salesman in hopes that he would take over as manager once properly trained, a move that would ultimately have resulted in 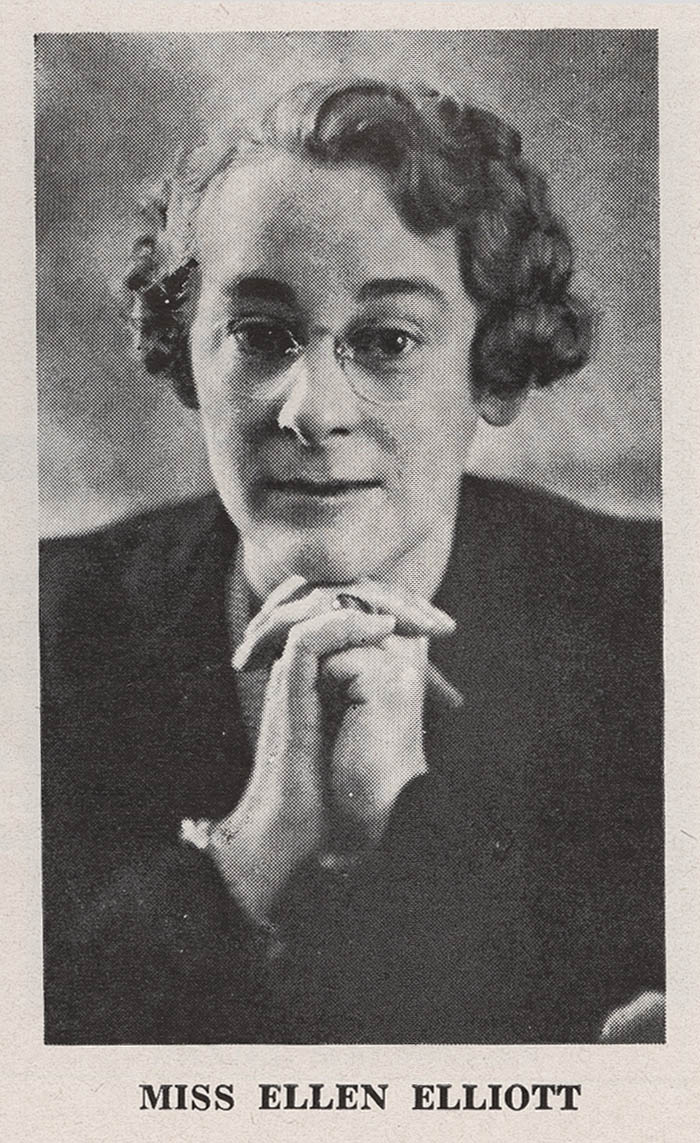 Neale’s demotion. When things did not work out with the salesman, Neale, after years as acting manager, was finally given the managerial position on a permanent basis.

Any doubts Gray had about Neale’s competence were quickly eliminated as she began to develop her legacy as the most prominent woman in the industry. Neale became the first woman, after Ellen Elliott, also of Macmillan of Canada, to hold such a senior position in Canadian publishing without owing it to a husband’s influence. Growing respect for Neale is evident in her correspondence with Gray during the time when Neale was travelling across the country. In a 1949 letter, Gray poignantly notes that watching her tear into 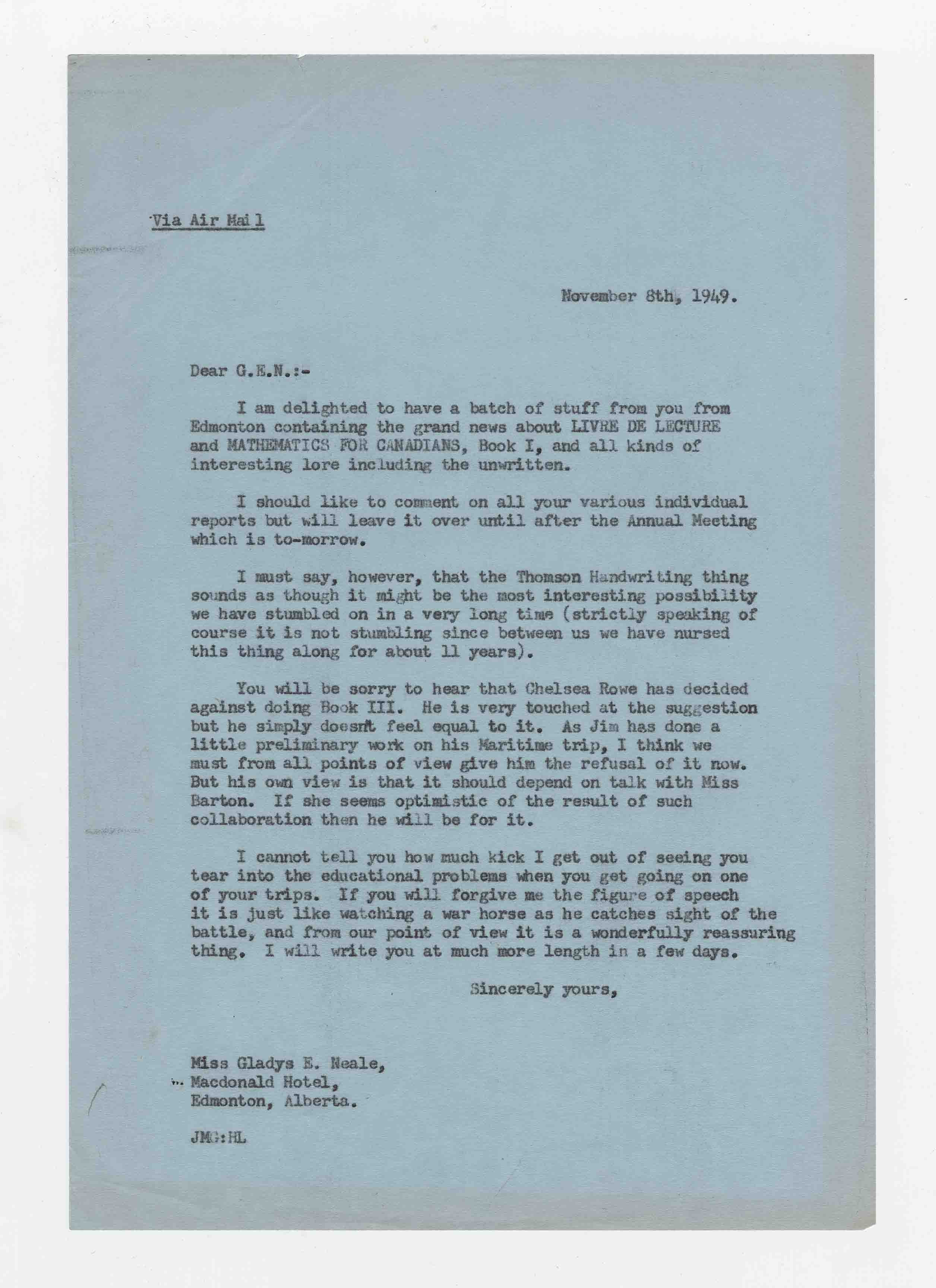 educational problems on sales trips was like “watching a war horse as he catches sight of the battle.” “Compliments” such as these fueled Neale’s determination to succeed in spite of the fact that educational publishing was not always an easy business. She wrote to Gray: “Personally I think I’ll take a course in mind reading, but even that wouldn’t help in this business. People change their minds too frequently!” Later, trouble with spelling books in Manitoba caused her to open a debriefing letter with the comments: “The situation is almost enough to make you weep – and several years ago I might have. Too tough, now.”

Whether Gray’s dramatic analogy of a war horse best describes Neale or not, 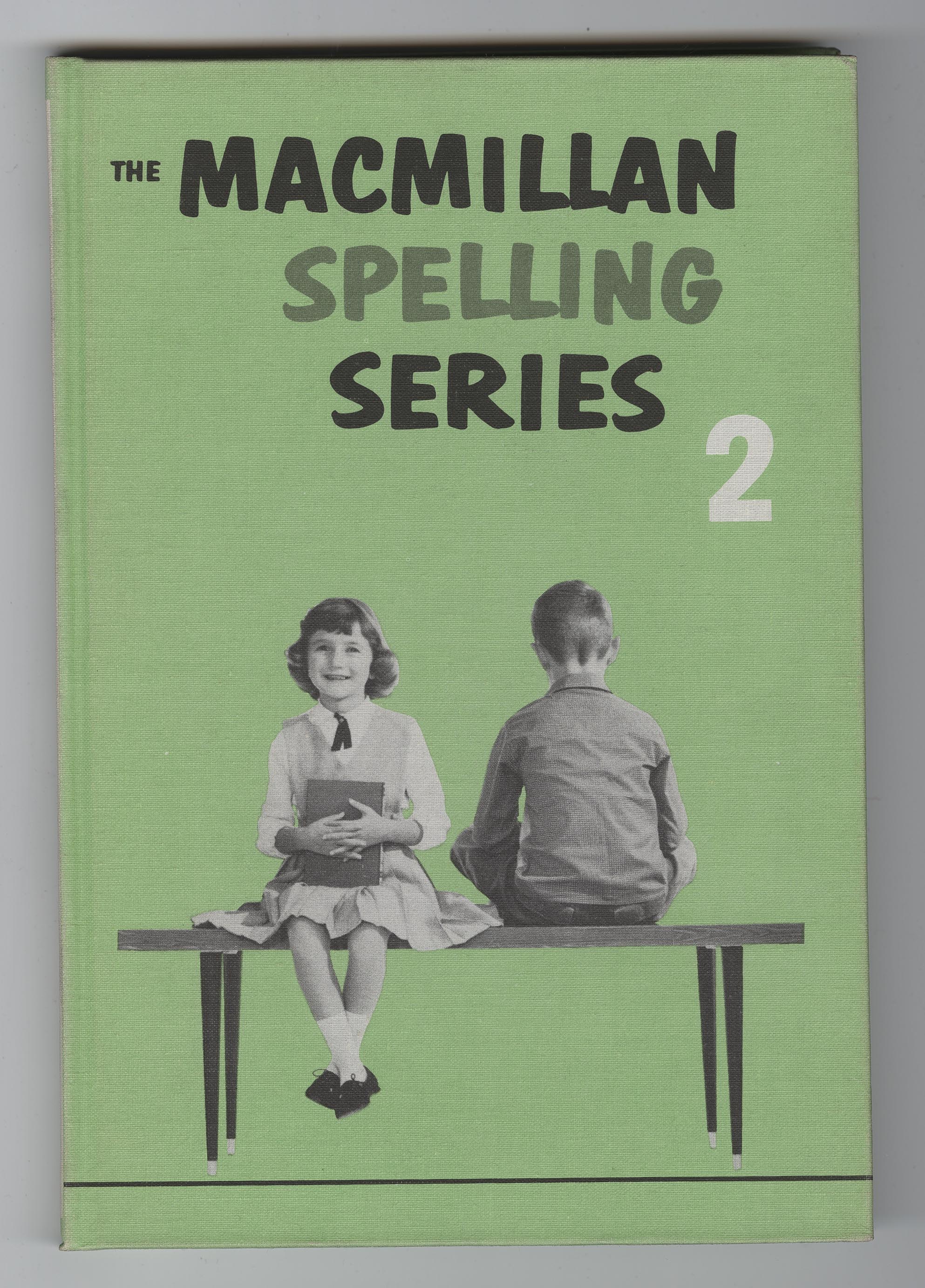 her successes on and off the road can certainly be described as heroic. In 1957, for example, Neale had already surpassed her sales quota for the entire year by the end of October. In 1961, Macmillan introduced The Macmillan Spelling Series, for which much credit can be given to Neale; she was so involved with the production of this series that the books’ editor, George Flower, felt she deserved to be listed as an author who should receive royalties, but this never materialized. Gray felt that as manager of the educational department, Neale should not be entitled to royalties, even though he later granted royalty rights to a male manager who had similarly influenced the development of a publication. 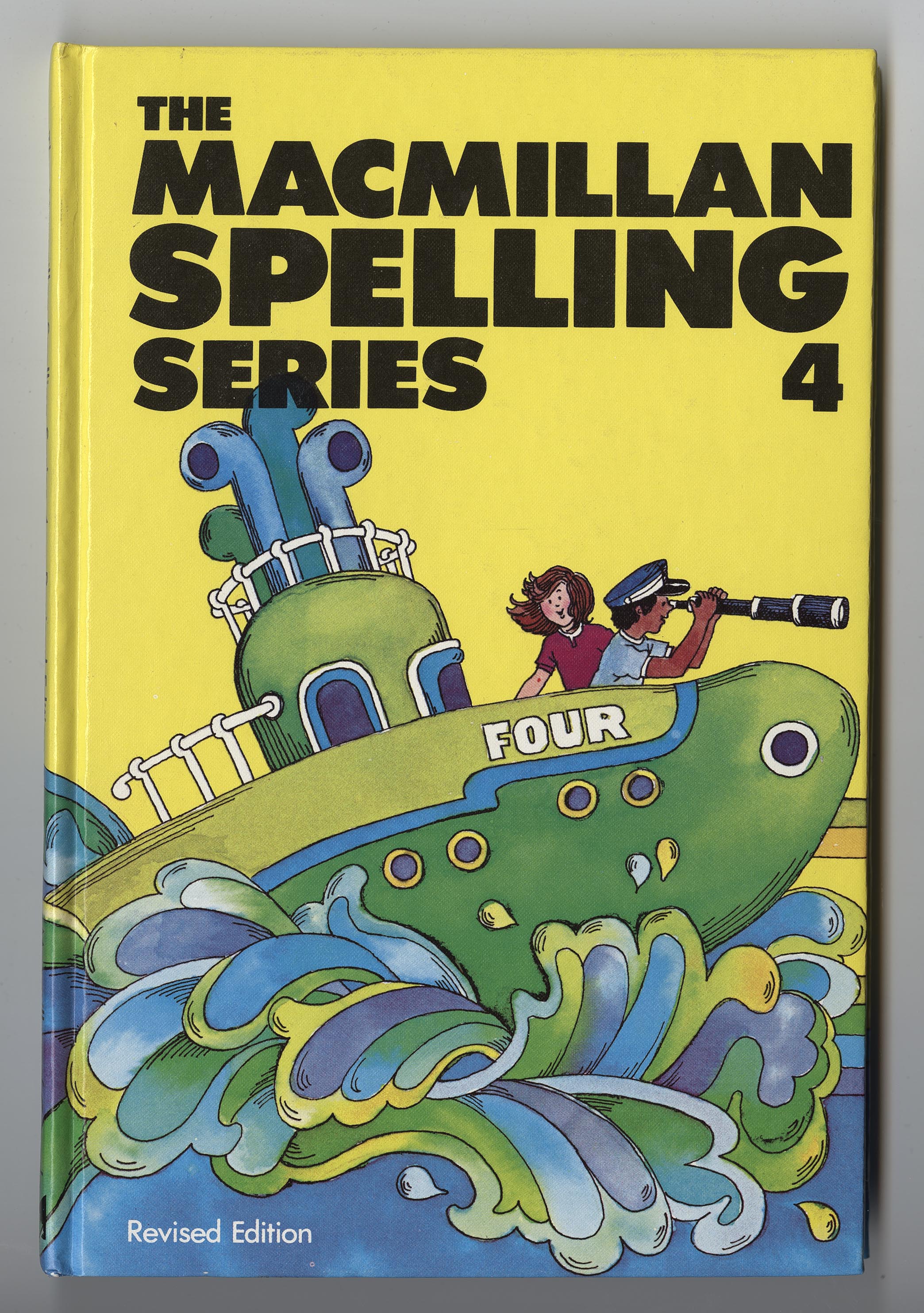 The new spellers came about after the previous series, The Pupil’s Own Vocabulary Spellers, was taken off the Ontario list of approved government textbooks, Circular 14, for not being wholly Canadian. Policy had changed in the late 1950s: only books manufactured in Canada by Canadian authors could be listed, and those in the old Macmillan series did not meet this requirement, being originally published by Macmillan, New York. Neale pounced on the opportunity, not only to publish what would become a great textbook success but also to produce a book that represented an ideal to her. As Neale would say, the Macmillan speller was a truly “Canadian book,”— written, edited and prepared by Canadians and manufactured in Canada. Publishing “true” Canadian books was a life-long objective for Neale, one for which, she stated, “most of my publishing career, I have been battling.” 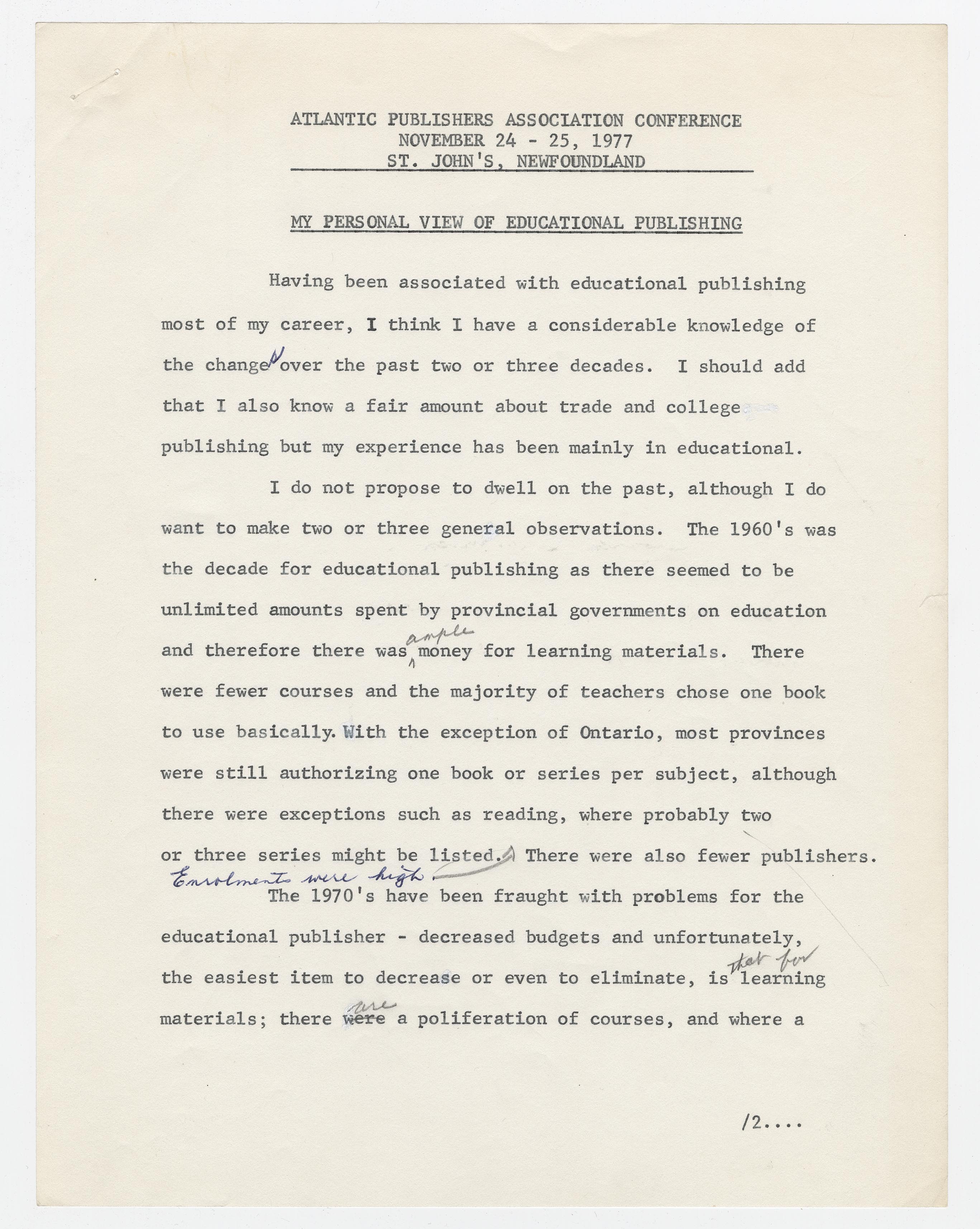 In 1972, Maclean-Hunter purchased Macmillan of Canada. By that time, Neale was senior vice president, educational publishing. But she soon felt that the new owners were making some grave mistakes in running the company. These differences of opinion may have been the catalyst for her retirement from Macmillan in 1979. In 1982, Neale went to Clarke, Irwin when that firm offered her the head position in their educational publishing department. Unfortunately, just one year after her arrival, Clarke, Irwin went into receivership and Neale left publishing altogether. She devoted her retirement years to literacy initiatives that included Laubach Canada, World Literacy Canada, Canadian Give the Gift of Literacy Foundation, Women in Literacy, and Laubach Literacy International.

Neale was a strong, resilient, and resourceful woman who was the first to carve a successful path at a managerial level previously closed to women. Shortly before her death in 1999, in an interview with Roy MacSkimming, Neale said: “As a matter of fact, the school book department was the only profitable [department] in Macmillan ... I always said that I made my contributions to Canadian culture because it was partly the revenues of the school book department which enabled John Gray to do some of his trade publishing. So I took a little credit.” Neale could take all the credit she wanted after such an impressive career, battling, at that time unmatched by any other woman, the business of educational publishing.