In her recent treatment of the magazine, Roughing it in the Suburbs: Reading Chatelaine in the Fifties and Sixties (2000), Valerie Korinek examines Chatelaine under the leadership of journalist and women’s rights activist, Doris Anderson, who held the position of editor-in-chief from 1957 to 1977. Through articles, editorials, new fiction and letters to the editor, Korinek suggests that editors at Chatelaine sparked controversy and debate and disseminated radical new ideas about women’s rights and the feminist cause that would help to lay the foundation for the second wave of Canadian feminism in the 1970s and beyond. Yet a look back through early issues 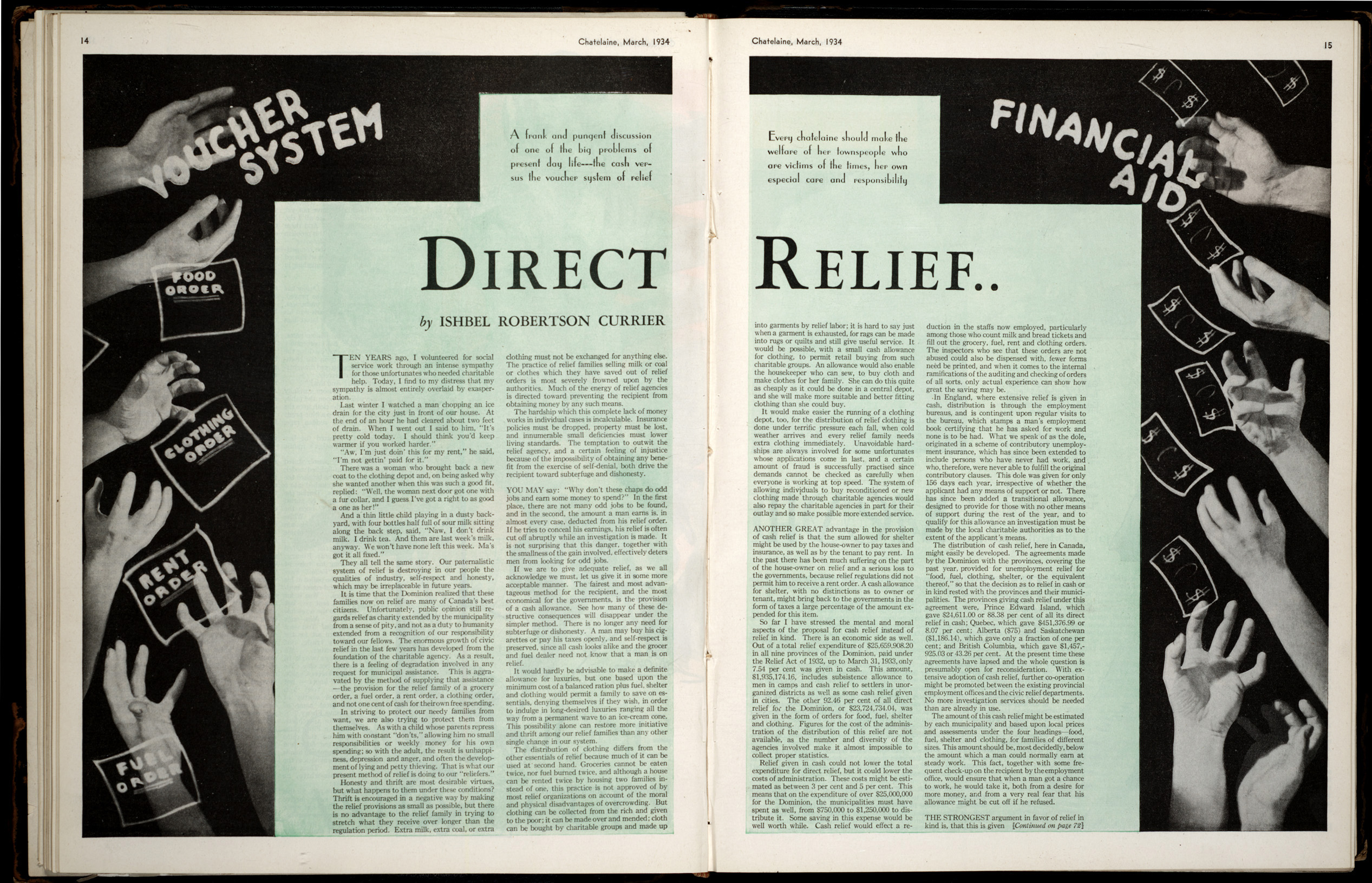 of the magazine reveals that the interest in debate and willingness to espouse controversial viewpoints and causes dates all the way back to the first issues of the 1920s and 30s. Early issues of Chatelaine in English sometimes mixed subversive politics and social activism with recipes, movie reviews, and Paris fashion updates; these issues deserve to be re-examined in light of their role in fostering and sustaining women who had come of age under the first wave of feminism.

The English language version of Chatelaine began monthly publication in 1928 under the name The Chatelaine. With the elevation of Byrne Hope Sanders to editor-in-chief in late 1929 (a position she would hold until 1952), the magazine had a circulation of more than 180,000 paid subscriptions by 1933. By the 1950s, the magazine reached over two million readers a month.

Pre-Second World War Chatelaine included most of the same features that appear in more recent issues: serialized and short fiction by Canadian and international authors, articles on raising children, marital issues, and domestic life, recipes, crafts and how-to features, fashion columns, and a letters to the editor page. The magazine also published yearly updates from the National Council on Women in Canada (NCWC) and the Imperial Order of the Daughters of Empire (IODE). On the surface, Chatelaine espoused the idea that the healthiest place for women was in the home, whether as a mother or as a paid employee. A January 1933 editor’s letter by Sanders, for example, highlights the problem of servants and the need to “put 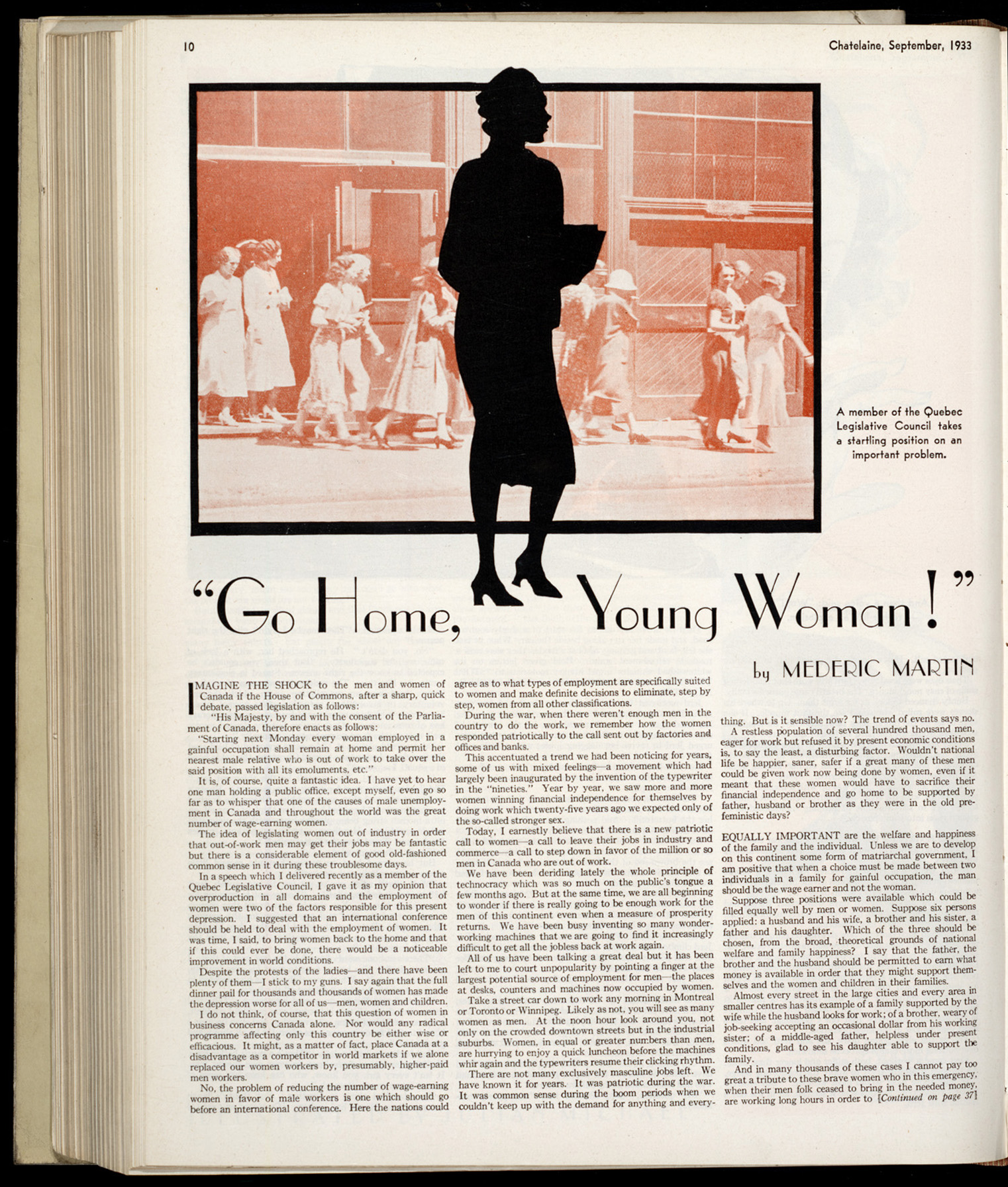 domestic service on the same professional plane as other work for girls.”

Yet the editorial staff also showed a knack for opening dialogue and a canny understanding of the Canadian public of the time. In September, 1933, for example, an article by Médéric Martin, then a member of the Québec Legislative Council, argued that working women were to blame for the Depression (“Go Home, Young Woman”) and that it was a woman’s “patriotic duty” to give up paid employment. The next month Chatelaine published a response by Agnes MacPhail (“Go Home Young Woman? HA HA!”), in which MacPhail laid out 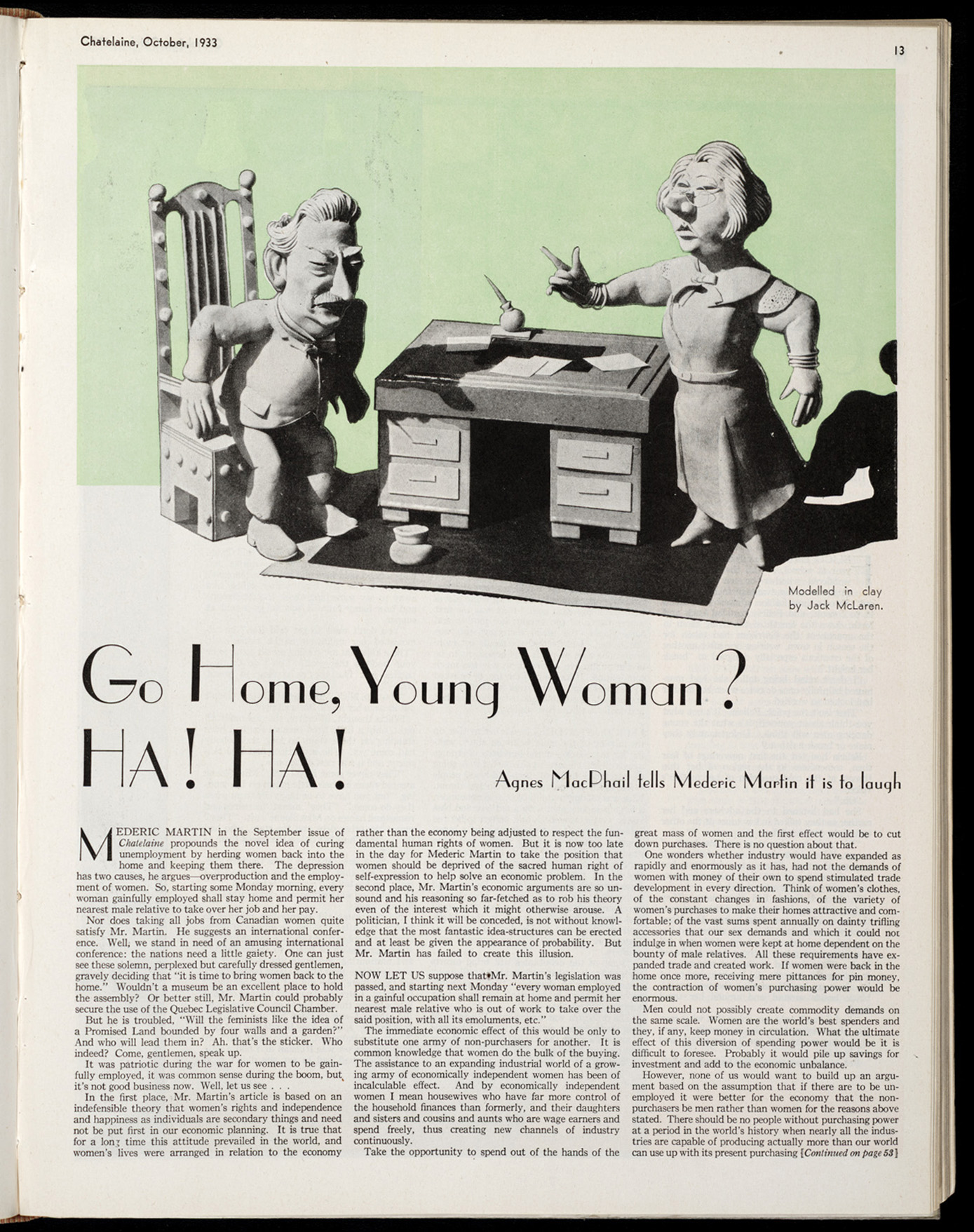 a systematic defence of a woman’s right both to work and to control her own income. The two articles generated a huge response from the public, much of it in MacPhail’s favour, but significantly, in her editor’s letter in each issue, Sanders refrained from supporting one side or the other. This suggests that in publishing “both” sides, Chatelaine was able tacitly and subversively to advocate women’s rights while managing to hold on to the burgeoning magazine’s conservative advertisers.

This does not diminish the importance of Chatelaine’s work for women’s rights, however. The magazine did not refrain from pursuing controversial 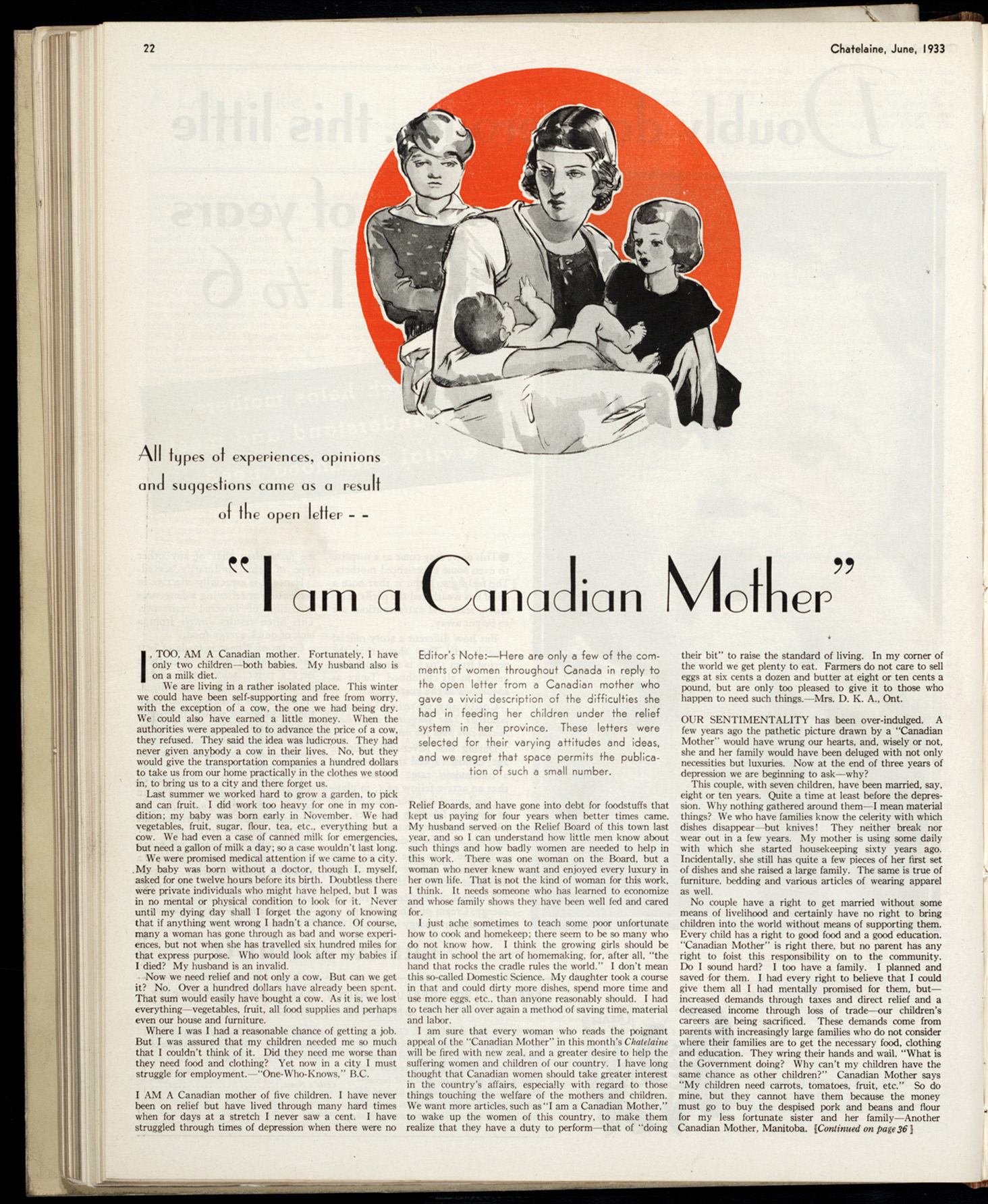 issues, such as the rights of needle-trade workers (“The Girl Behind the Bargain,” October 1936), single motherhood and government assistance (“Letter from a Canadian Mother,” June 1933; “The Widow’s Way,” March 1936), and the ordination of women preachers (“Shall Women Preach,” September 1934). In many ways the magazine was a touchstone for a new generation of women who were trying to negotiate their way through uncharted waters, and it is important to recognize the ways that early Chatelaine both reiterated a traditional patriarchal order and refuted it.

Korinek, Valerie J. Roughing It in the Suburbs: Reading Chatelaine in the Fifties and Sixties. Toronto: University of Toronto Press, 2000.