Coach House Press was founded in 1966 by printer Stan Bevington and has remained a central fixture of the literary scene in Canada ever since, having published works by the likes of Margaret Atwood, 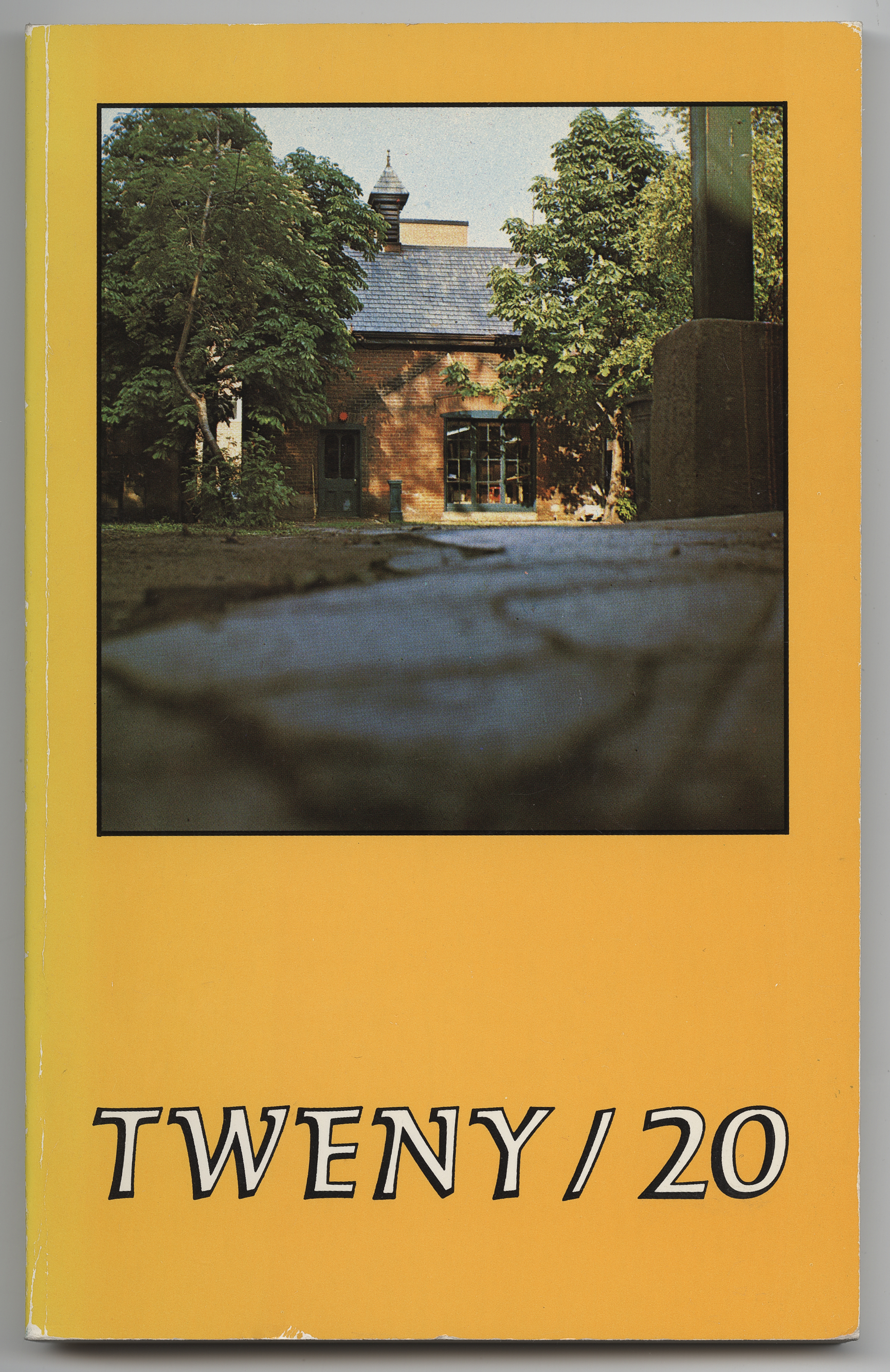 Michael Ondaatje, bpNichol, George Bowering, and more recently Guy Maddin, Sean Dixon, and Christian Bök. The firm has traditionally operated two businesses: a printing operation based on the ground floor of its eclectic mid-Toronto building, and a publishing operation upstairs; these two were separated briefly in the mid-1990s as the firm faced financial difficulties, but were re-united in 1998 under the name Coach House Books.

Always an innovator in the way he ran the printing operation, Bevington became acquainted in 1972 with Professor Ron Baecker, who ran the Dynamic Graphics Project at the University of Toronto (U of T). Bevington and Baecker, along with Baecker's grad student David Tilbrook, programmer David Slocombe of the Globe and Mail, and Ed Hale from Mono Lino Typesetting began exploring the state of the art of computer-driven typesetting. In the early 1970s, this meant producing punched paper tape that could automatically drive a linotype machine to produce lines of lead type. But the group stretched far beyond this relatively straightforward technique, directly connecting an early minicomputer (a Datapoint 2200) to a Mergenthaler V-I-P (Variable Input Phototypesetter). A computer-driven phototypesetter meant that the process could be manipulated and fine-tuned at both ends: both in the composition of the set type, and in the typographic image itself, as this was generated entirely photographically instead of being cast in metal. Clark Coffee's history of phototypesetting notes the price of font "film strips" for the V-I-P plunged during this time.

About the same time, Baecker's lab at the U of T brought in one of the first Unix installations in Canada, running on a PDP-11/45 with a high-end Three Rivers "Graphic Wonder" display. Not only did this allow the group to explore digital typesetting, but also brought the new Unix technology directly into Coach 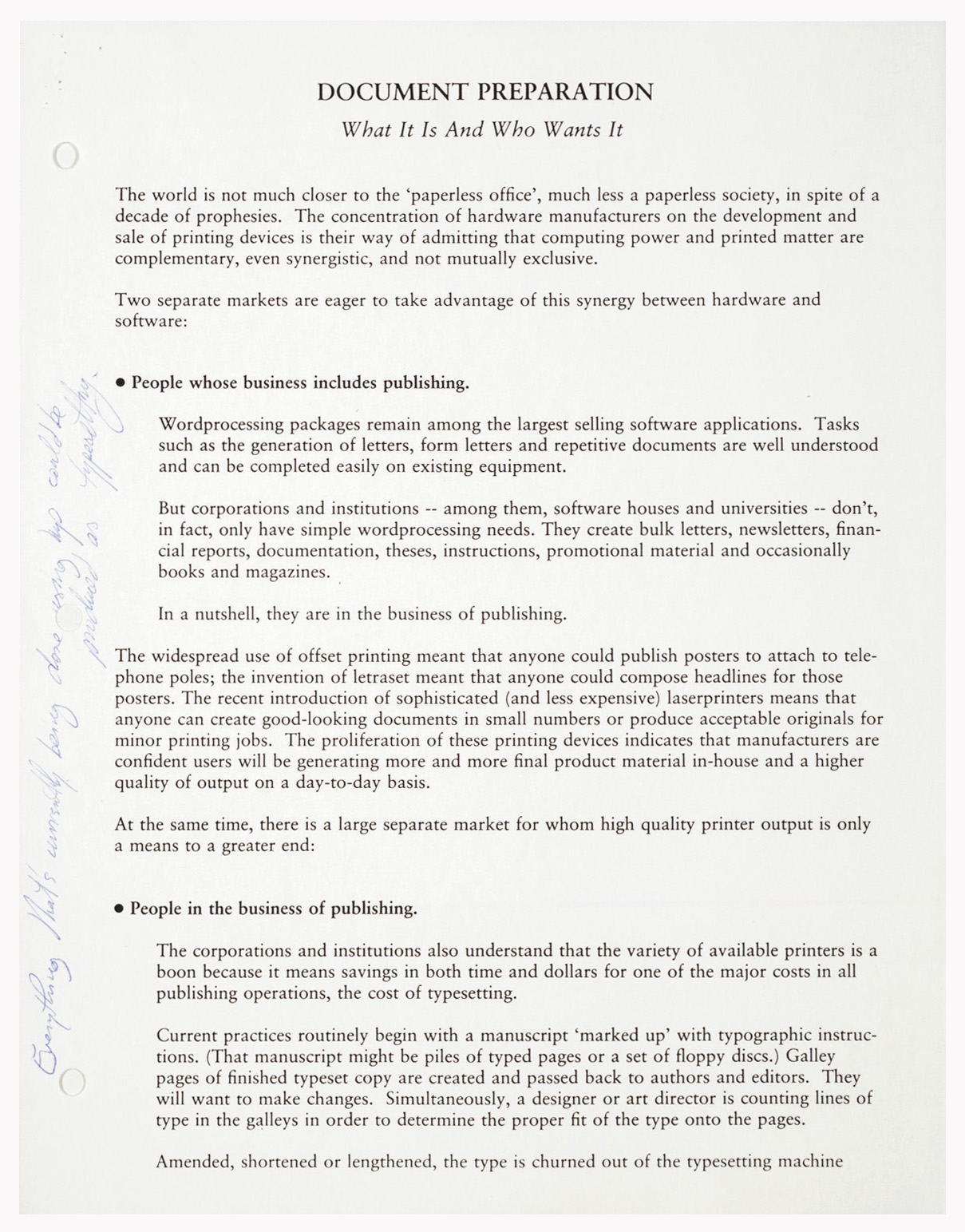 House, via a remote terminal connected to the U of T machine, allowing onscreen editing and Unix text processing as part of the typesetting process.

One of the earliest and most successful applications for the Unix operating system was troff, a text-formatting and printing program which could drive a Graphic Systems C/A/T typesetter. Troff (roughly, "typesetter runoff") was the core of a suite of Unix tools called The Documentor's Workbench, developed at AT&T Bell Labs in the 1970s. Troff proved to be popular, and by 1979, had been modified to enable use with devices other than the C/A/T typesetter. 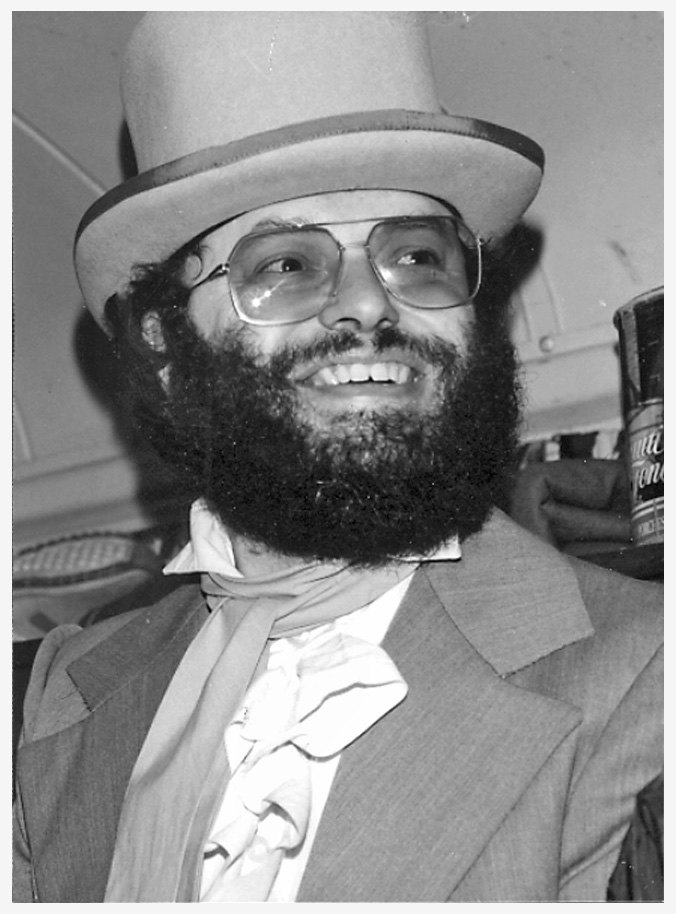 David Slocombe's work at Coach House in the early 1980s further extended the troff package such that a significant amount of troff development was happening in Toronto. In 1984, with the goal of making troff into a typesetting tool capable of passing muster with professional printers (by providing kerning, hyphenation and justification), Bevington, Slocombe, Patrick Dempster, and the writer/impresario Yuri Rubinsky spun off a new company, SoftQuad, to develop and market an enhanced version called sqtroff.

SoftQuad set out to make production quality typesetting software for UNIX. "Production quality typesetting'' in this regard means the type of type (so to speak) that would be acceptable in an old-style craft printing house. There is quite literally nothing available that is up to these typographer's standards. Not Scribe. Not TeX. Not AT&T's ditroff. Not Mac-Anything. Not PageMaker. All these are fine products in their own field, have been used to typeset many papers and theses and a small mountain of books. But none of them will stand up in a job printing shop with high standards and commercial pressures. (UseNet comp.text newsgroup, 6 February 1987)

By the mid- to late-1980s, SoftQuad's focus began to fall in line with a new international standard for text and document processing: Standard Generalized Markup Language (SGML). Seeing the opportunity, Peter Sharpe at SoftQuad created software called Author/Editor, which was the first dedicated authoring environment for SGML. At Coach House, Rubinsky went so far as to train Coach House authors to use the software to mark up their own manuscripts—an otherwise unheard-of merging of talent and technique. SoftQuad became one of the world's leading SGML software developers, a position it would hold for well into the early twenty-first century.

By the early 1990s, Macintosh-based desktop publishing technology had become mainstream, and the World Wide Web was born. At Coach House, SGML-marked manuscripts were used to feed the more contemporary QuarkXPress layout program. SoftQuad itself branched out into Web-editing software with their pioneering HotMetal program (the web's HTML being a direct application of SGML). HotMetal later evolved into the industry-leading XMetal software for editing XML content. And, following Coach House's near-demise in 1997, Bevington's re-launch of the publishing house involved a major initiative to publish on the web, a move that alarmed the literary establishment in Canada at the time (see Wershler-Henry 2000), but which proved yet again Coach House's technological prescience.

Today, in a time when many book publishers worldwide are facing the challenges of "digitization"—often making large investments in XML-based workflows, the story of Coach House's early experience stands out: here was a small art printer and poetry house that not only adopted new technology but innovated and indeed owned a good chunk of the state of the art for a time. Through a combination of intellectual curiosity, open-minded enthusiasm, and do-it-yourself chutzpah, Coach House Press set a standard to which others may well aspire.

The author thanks David Slocombe, Stan Bevington, Ron Baecker, and Darren Wershler-Henry for their time and input in the preparation of this case study.

Wershler-Henry, Darren. 2000. "Manifesto for an Electronic Literary Culture in Canada." Coach House Books, via website circa 2000–2001.