Copyright law allows authors to benefit from their works but also encourages the spread of both ideas and wealth by allowing others to use them. Because it is defined differently in different countries, problems can arise internationally in this balance of interests. For much of Canada’s history, there was no copyright treaty with the United States, and this absence caused great difficulties for Canadian publishers.

The American Revolution divided English North America in two, creating separate copyright jurisdictions and, consequently, a gradient in the book trade. Liberated from British copyright, printers in the United States began to reprint, without authorization, anything first published in London. This freedom to reprint, enshrined in the American Copyright Act of 1790, generally stimulated the American industry, causing decentralization (geographic spread) and technological innovation. In the loyal colonies, by contrast, printers were not free to reprint British books; they continued to support themselves on government documents and newspapers. In the realm of general literature, American printers took the lead, and their cheap books and magazines flowed north into British North America to satisfy its growing demand. 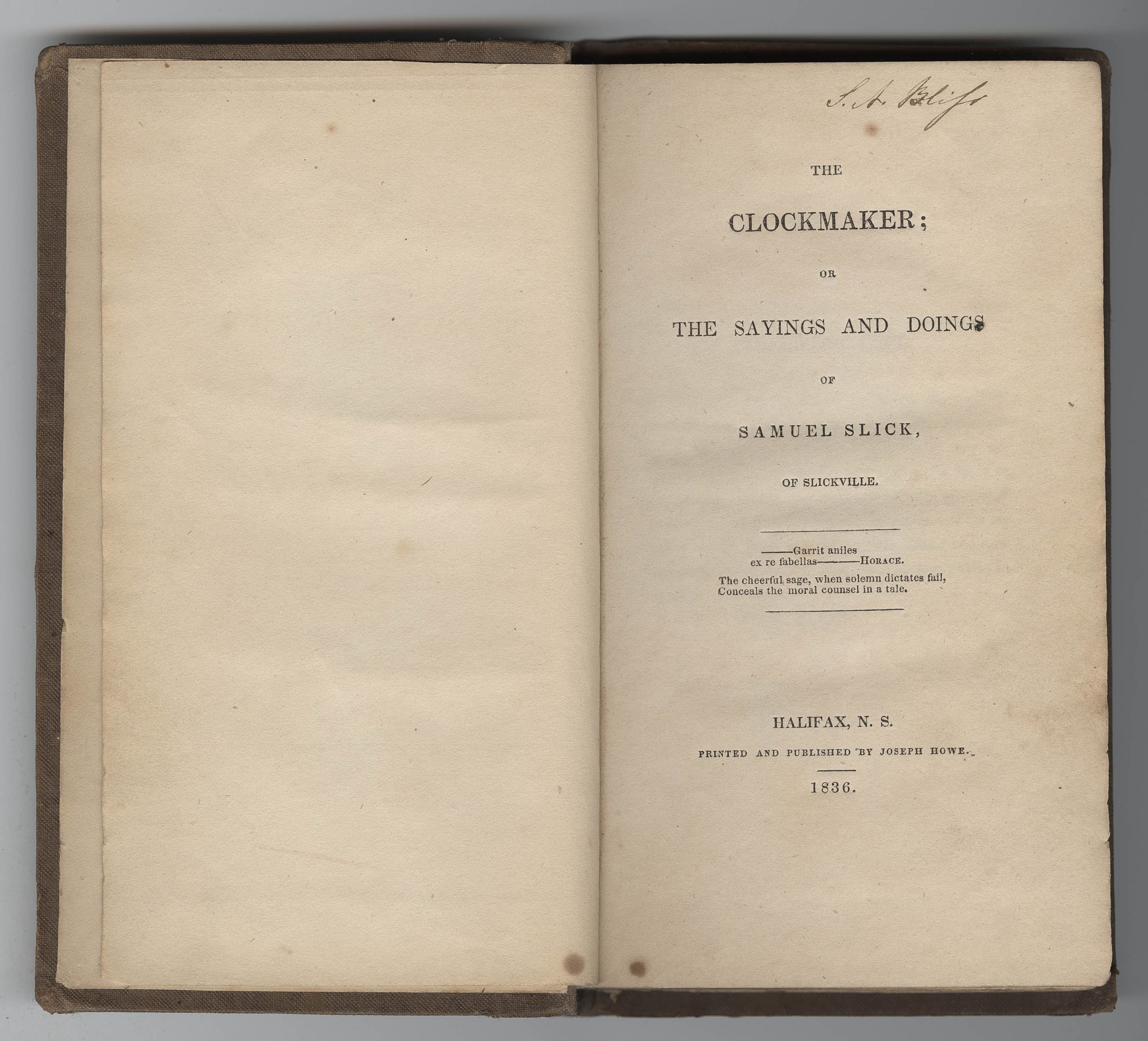 Colonial newspapers published some local writing and occasionally a book was produced. However, publication in the colonies secured neither British nor American copyright. Thomas Chandler Haliburton’s The Clockmaker, first published by Joseph Howe in Halifax in 1836, was widely reprinted in Britain and the United States with no royalties paid to the author. This prominent example taught colonial authors to have their manuscripts published abroad, preferably in London.

The reprinting of British authors in Europe and the United States increased after the Napoleonic Wars, and London publishers were indignant upon discovering these unauthorized reprints in Britain. They lobbied for increased protection and the government responded with the British Copyright Act of 1842. Like previous ones, the 1842 Act prohibited unauthorized reprinting of copyright works, but it was the first to apply explicitly to the whole British Empire; it also banned the commercial importation of foreign reprints into any British territory. But it failed in British North America, because cheap American editions were already prevalent and expensive English ones could not compete. Moreover, the authorities feared that colonists would turn entirely to American authors and absorb their republican ideas if British authors were not equally accessible. Alarmed by this possibility, the British government brought in the Foreign Reprints Act of 1847. Under this amendment, foreign reprints were allowed into the colonies subject to an import duty for the benefit of the British author. Catching the imports proved difficult, however, and the result was that American books continued to enter Canada easily.

By the later nineteenth century, American printers had transformed into specialist publishers who sold books continentally. Their arrangements with British authors frequently claimed the Canadian market for the American edition. Meanwhile, the creation of the Dominion of Canada stimulated Canadian nationalism and raised demands for a domestic book publishing industry. Printers such as John Lovell of Montreal wanted to reprint British books themselves, rather than import the 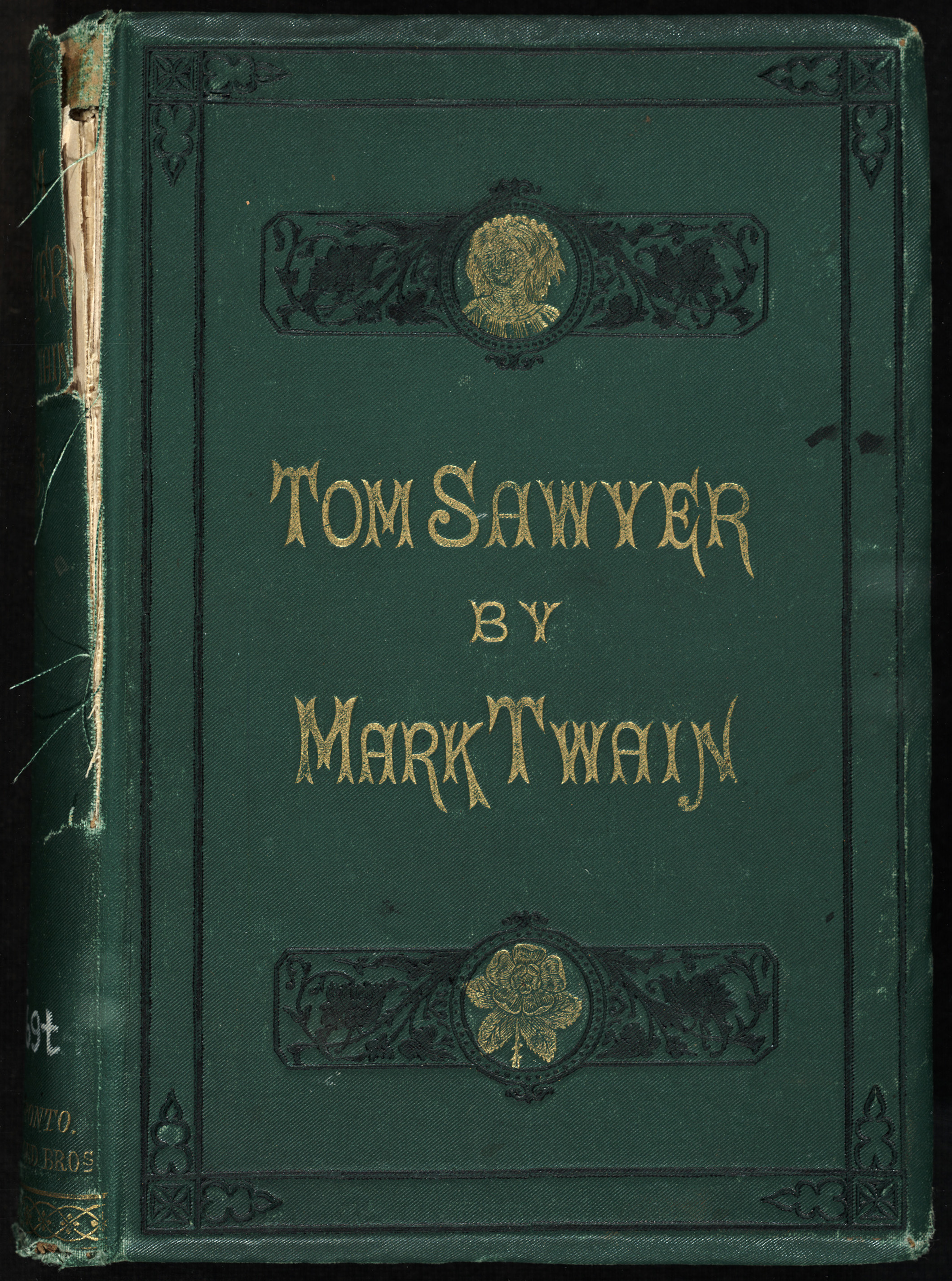 American edition. From 1868 to 1894, the Canadian government attempted to pass laws to this effect, but its efforts were obstructed by the British government, increasingly committed to the principle of international copyright. In 1866, Britain would draw Canada into the Berne Convention, an international union that since its inception in that year has negotiated progressive treaties for protecting authors’ rights internationally. Defiantly, Alexander Belford of Toronto began reprinting American and British authors without permission; in 1876, thousands of copies of the Belford edition of Mark Twain’s Tom Sawyer were sent through the mail across Canada and the United States.

But Belford’s success quickly caught the attention of American publishers, who arranged for a lawsuit in a Toronto court. The rulings in Smiles v. Belford (1876, 1877) upheld the supremacy of British copyright in Canada and destroyed the possibility of English-Canadian reprinting. 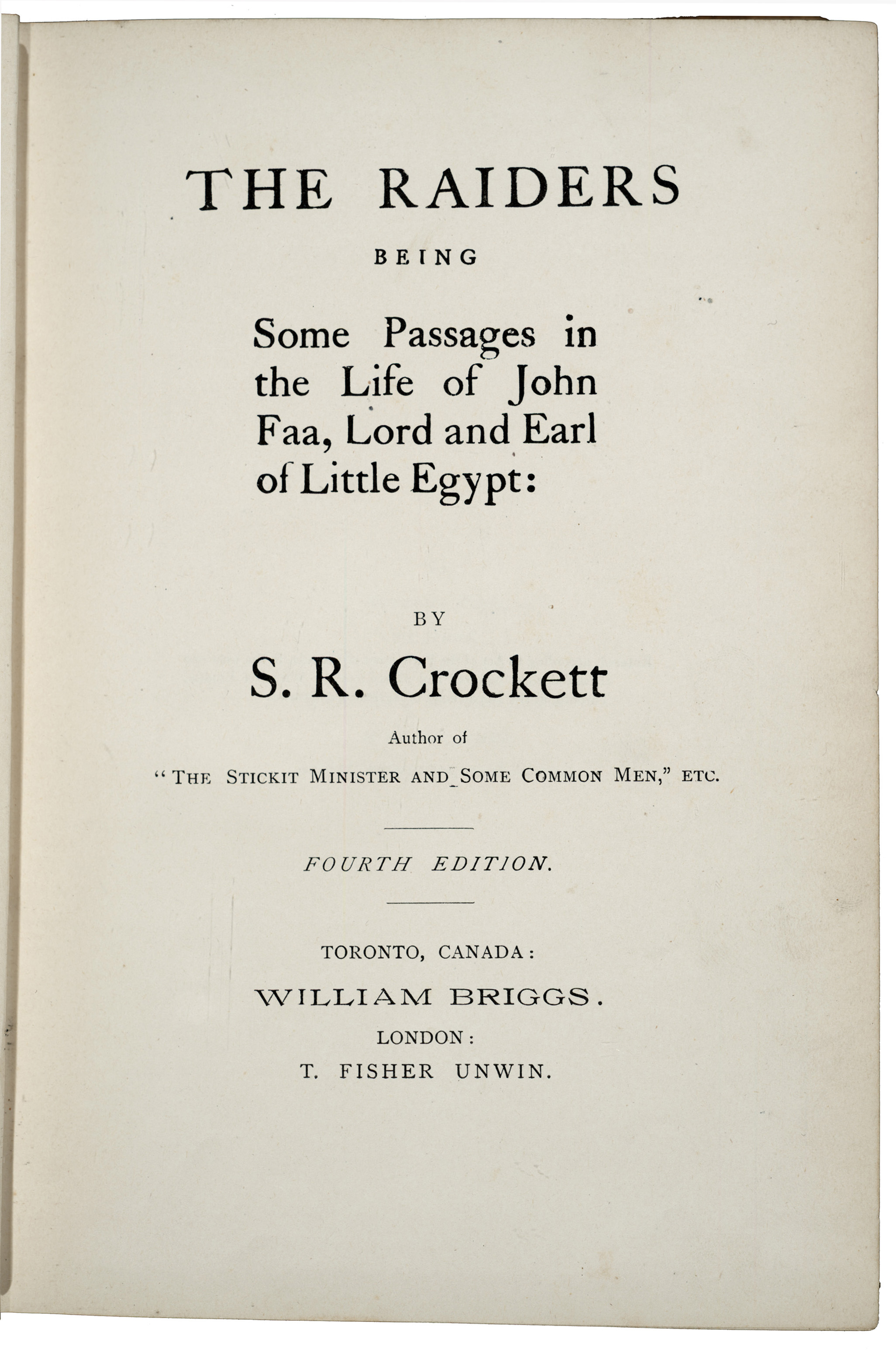 In the wake of this trial, Toronto firms turned to distributing foreign editions. Instead of independent publishing, their goal became the wholesaling of these editions to the Canadian market. Since the law allowed both British and American editions into Canada, however, such wholesaling was not exclusive, and bitter competition ensued. In 1894 William Briggs of Toronto negotiated with T. Fisher Unwin of London to be the sole Canadian wholesaler of The Raiders by S. R. Crockett, but within months of signing the contract Briggs discovered copies of Unwin’s cheap edition undercutting his own in Canadian bookshops. 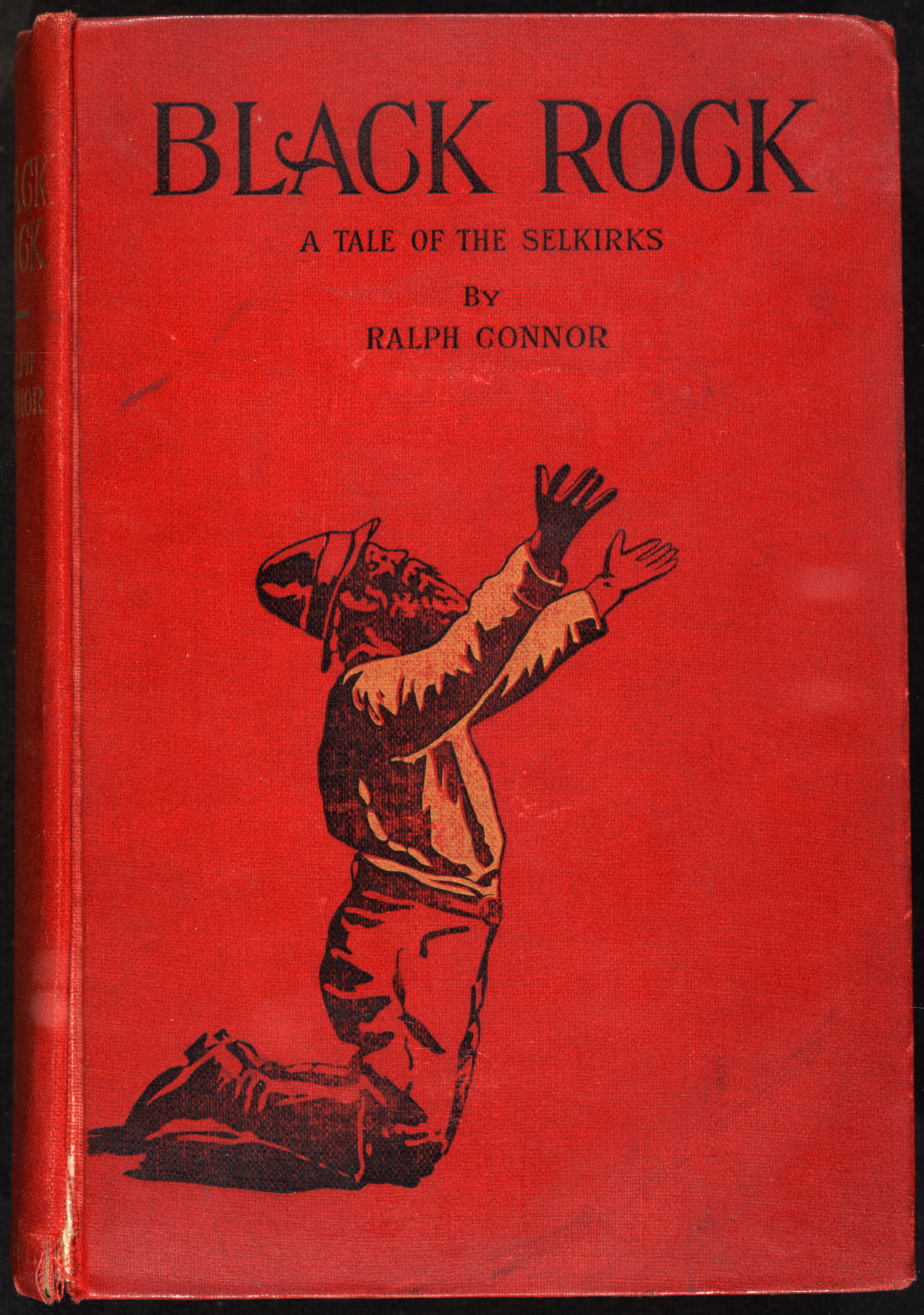 The American Copyright Act of 1891 granted American copyright to non-American authors on condition that their books were manufactured in the United States. The effect was to strengthen the practice of publishing new books simultaneously there and in Britain. As before, publication in Canada alone secured no American copyright. Like Haliburton’s The Clockmaker, Ralph Connor’s Black Rock, first published in Toronto and London in 1898, was widely reprinted in the United States, again teaching Canadian authors not to publish at home. Because Canada was powerless to alter American law, independent Canadian publishing remained 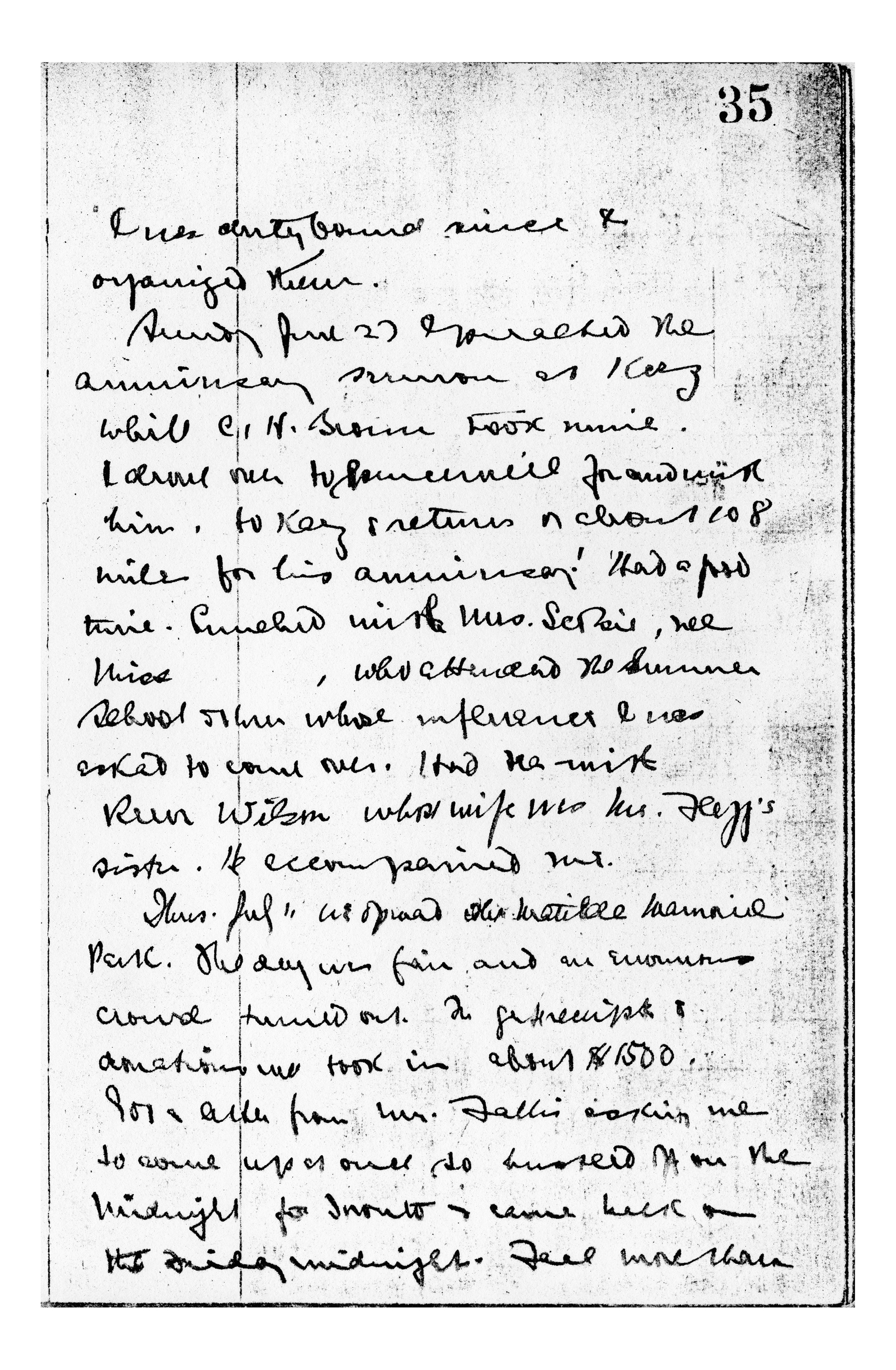 feeble: an American publisher was needed to secure American copyright. Nationalism and prestige would incline some to publish original editions of Canadian writing—Lorne Pierce strove to make the Ryerson Press the “cultural mecca of Canada”—but these cultural efforts were almost attended by financial loss.

Exclusive wholesaling, by contrast, was achieved. The Canadian Copyright Act of 1900 allowed a firm to become the sole Canadian distributor of a foreign edition. George N. Morang of Toronto was the first to implement the act when he arranged to distribute Rudyard Kipling’s Kim (1901). Following Morang, the English-Canadian book trade of the early twentieth century developed the “agency system”—the practice of local firms (“agents”) exclusively distributing foreign 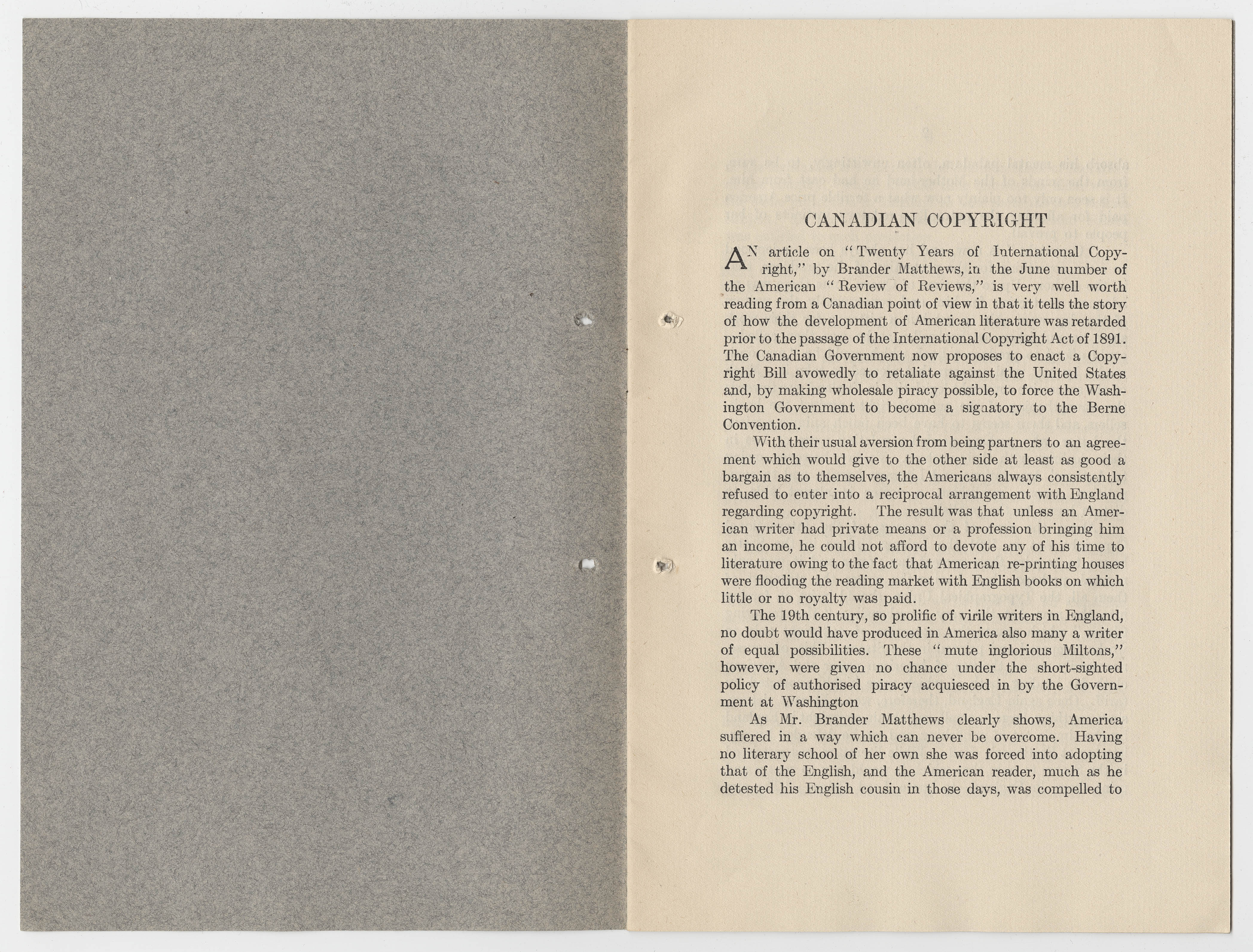 books (“agencies”) to the Canadian market. Most trade books in Canada, regardless of authorship, were published in New York and distributed from Toronto. Some foreign publishers, such as Macmillan and Company of London, preferred to establish their own Canadian branches rather than negotiate distribution contracts title by title; managers were instructed to secure textbook orders, sell the parent company’s trade books, and avoid original publishing. Macmillan was also active in lobbying for a non-protectionist basis to the Canadian Copyright Act of 1921, which integrated the 1900 Act and remains the foundation of our current law”.

Because the 1900 Act was specifically designed to harmonize with British publication, it did not benefit French-Canadian wholesalers such as Librairie Beauchemin who were interested in French books. This grievance was one reason why some Montreal firms felt entitled to reprint French literature: if copyright law did not serve French Canada, French-Canadians would not respect it. In 1906, however, a Quebec court put an end to this practice, ruling in Mary v. Hubert that the Berne Convention was in force in Canada and therefore that a French author could not be reprinted there without permission. Consequently, publishing in Quebec evolved in light of the explicit protection of Quebecois and French authors in each other’s market.

After the Second World War, the United States became a net exporter of books, and American publishing interests shifted from protecting the domestic edition in the home market to securing it in foreign markets around the world. Long an opponent to international copyright, the United States now cautiously embraced it, developing the Universal Copyright Convention (UCC) through the United Nations as a laxer alternative to the Berne Union. The two-hundred-year-old copyright divide between Canada and its powerful neighbour finally began to dissolve when Canada signed the UCC in 1964; it diminished further when the United States signed the Berne Convention in 1988. At last original Canadian editions could obtain American copyright by mere publication in Canada. This is one reason for the growth of English-Canadian publishing from the 1960s on. But the merging of the Canadian and American markets also removed the raison d’être of the Canadian national wholesalers. As a result, the agency system crumbled as American and multinational publishing companies established their own branches in Canada and bought up local competitors.

MacLaren, Eli. “The Magnification of Ralph Connor: Black Rock and the North American Copyright Divide.” Papers of the Bibliographical Society of America 101, no. 4 (December 2007): 507–31.