"To Dress Our Letters in Such Strong Fancy": The Indian File Poetry Series

Indian File is the title of a series of nine books of poetry, each by a different Canadian poet, published by McClelland & Stewart (M&S) between 1948 and 1958. The books were: Roy Daniells, Deeper into the Forest 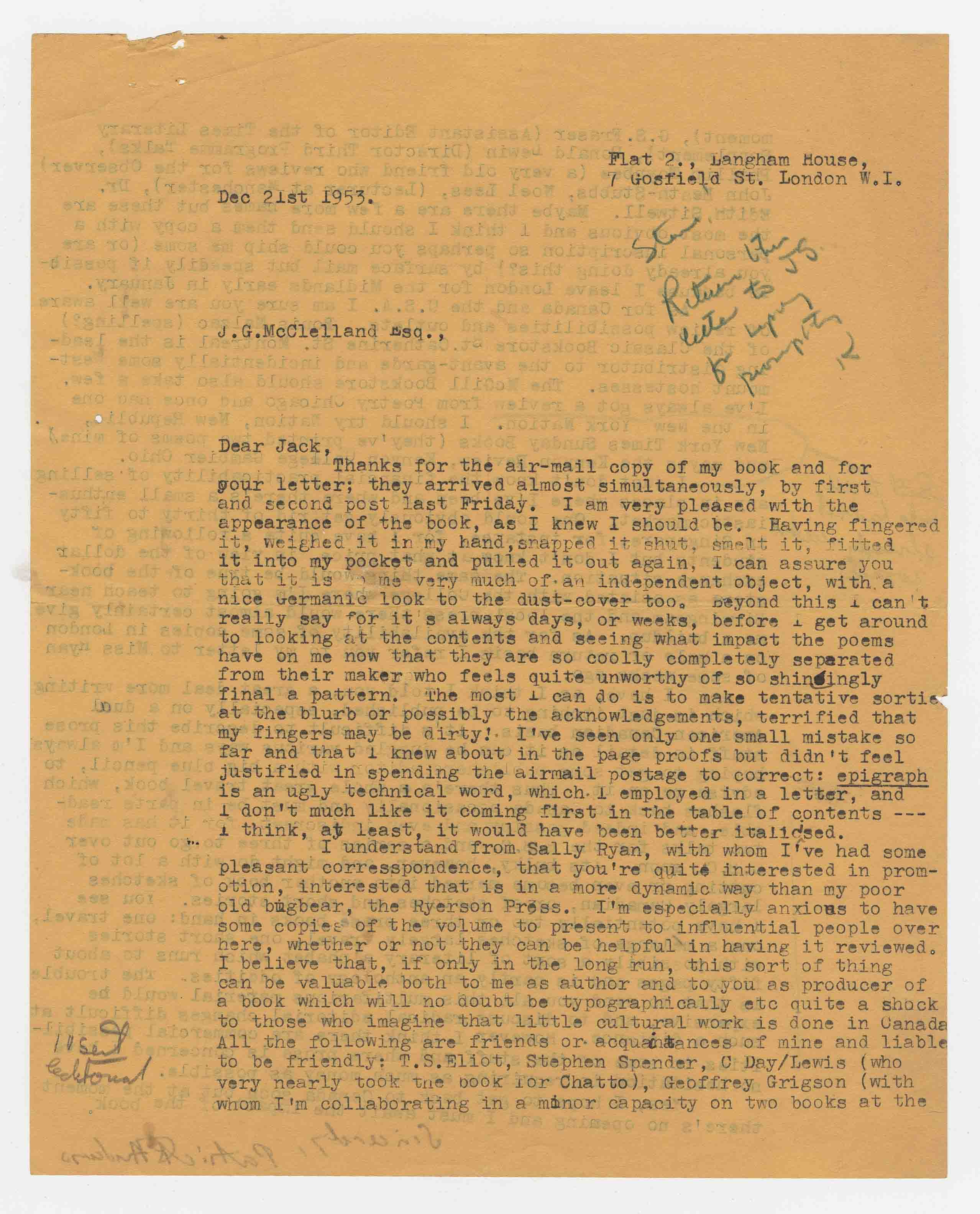 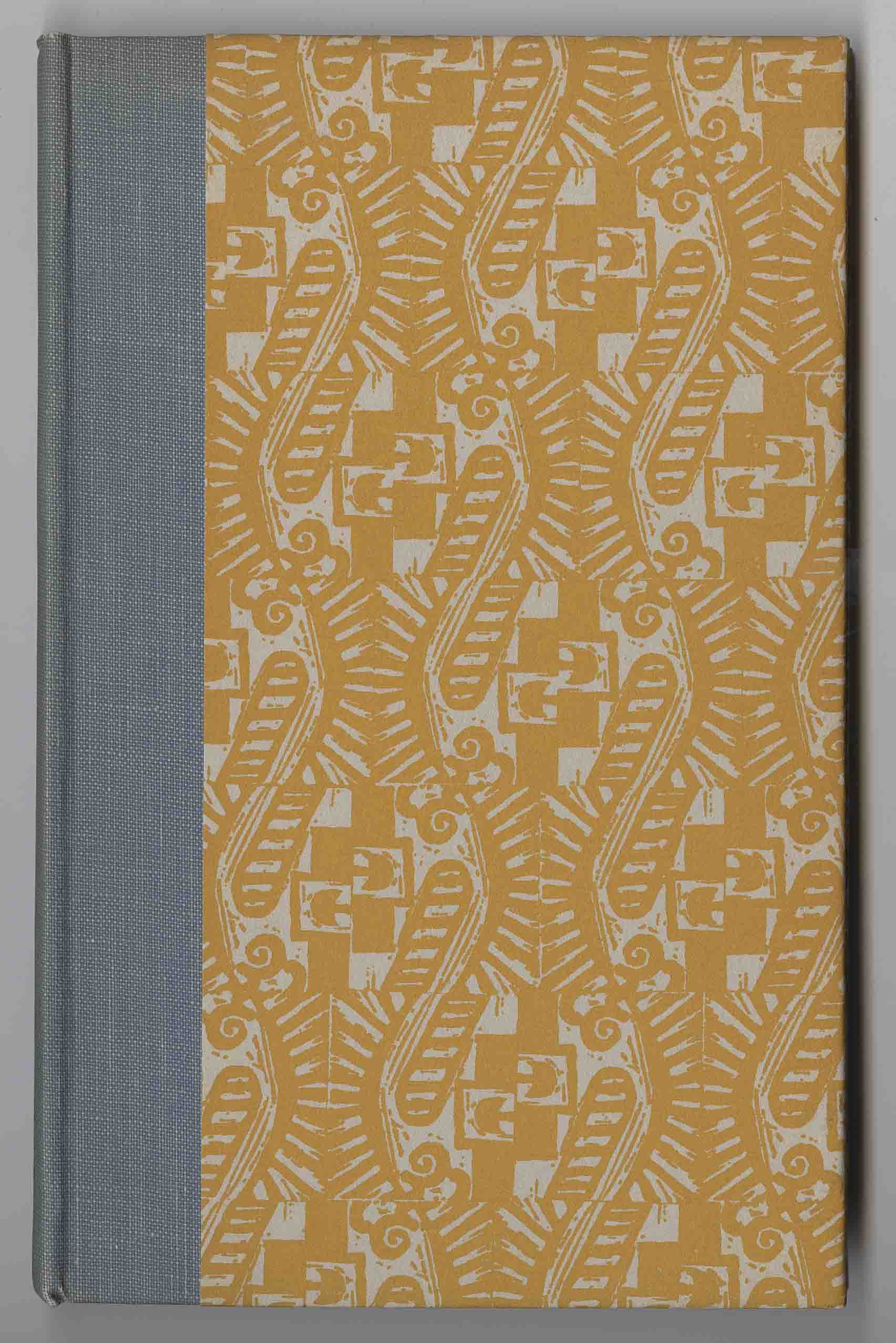 The Deficit Made Flesh (1958). Three of the nine titles (Reaney, Wreford Watson, and Page) would win the Governor General’s literary award for poetry.

The series title is a description of the publishing process; the books were released one at a time or single file, over the decade. Perhaps taking a cue from the marketing strategy contained in the title, typographer and designer Paul Arthur (1924-2001) adapted Northwest Coast and Plains indigenous motifs for the cover designs. Four separate designs were created and these were repeated, using different colours, for the entire series. Published in print runs of 400 copies, the texts were initially printed in Bodoni type, a design 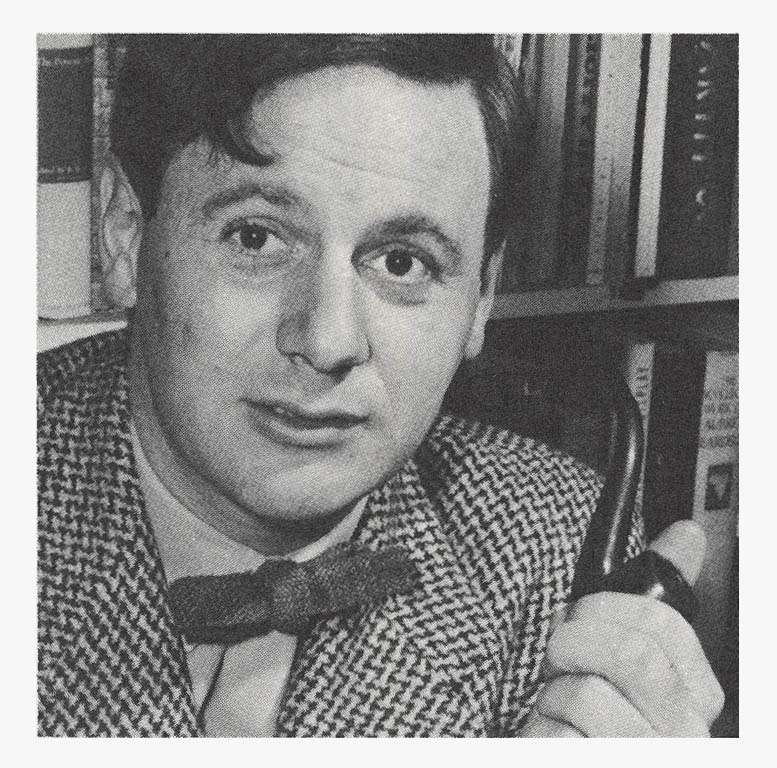 created by Giambattista Bodoni in 1788.

The son of Toronto architect Eric Arthur, Paul Arthur began his career in publishing in Toronto as co-founder, with Catherine Harmon, of a short-lived literary magazine called Here and Now. Along with the Indian File series, Arthur also designed the cover of The Rich Man (1948) by Henry Kreisel for M&S before leaving for England in 1949. He worked in the publishing industry in England followed by five years in Switzerland as assistant editor of Graphis. Returning to Canada in 1956, he established a design firm, Paul Arthur & Associates, in Ottawa and worked as director of publications at the National Gallery of Canada and as editor of Canadian Art. A pioneer in the development of communication design, he produced signage for Expo ’67 and worked for various government departments and corporate clients in Canada, the United States, and Europe. 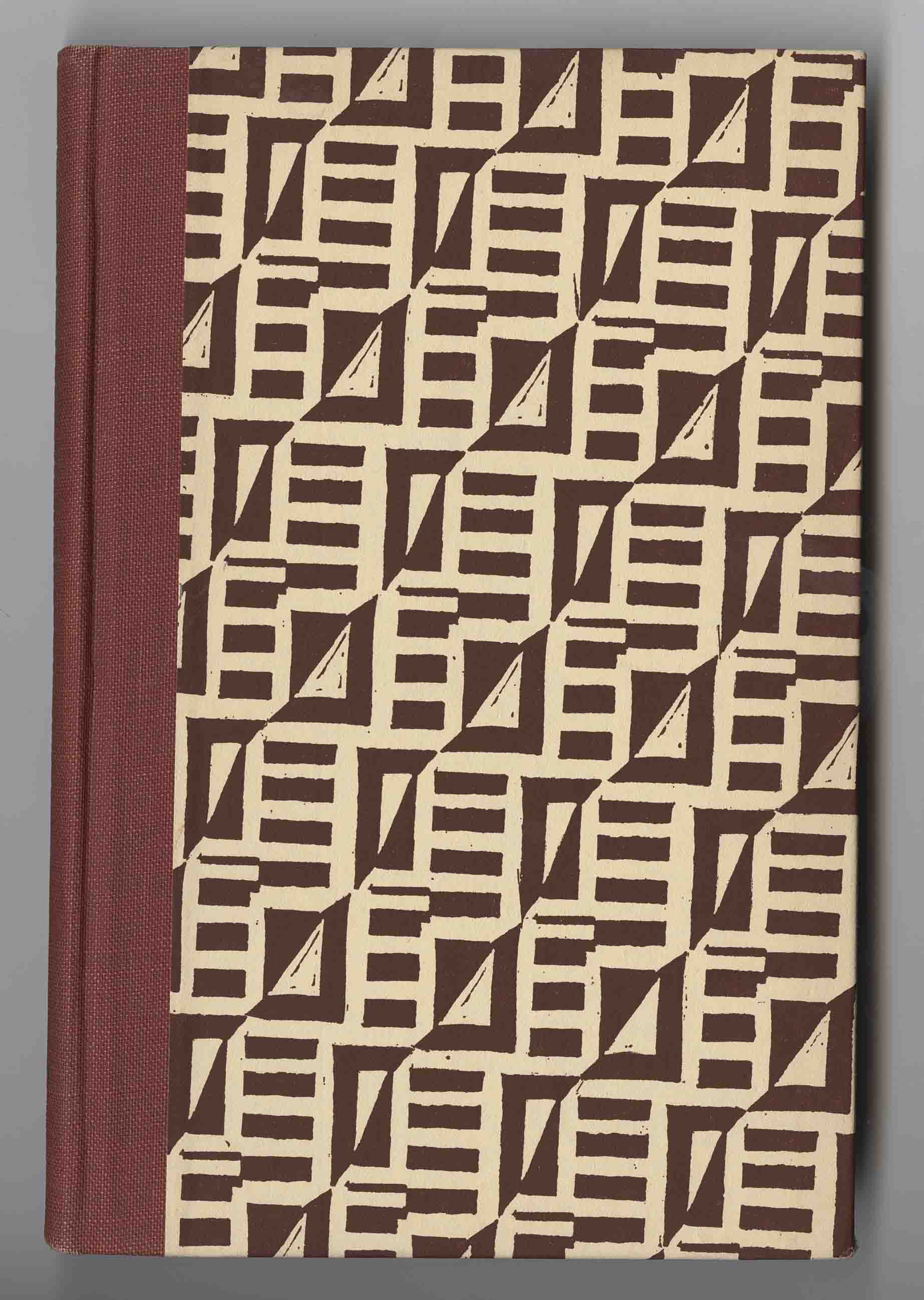 According to a profile of Paul Arthur published in Quill & Quire in 1949, the appropriation of indigenous motifs for the cover design of the poetry series was intended to lend the books a “distinctive Canadian quality.” This practice of borrowing from First Nations and indigenous cultures to signify a unique national identity has a long history in Canada, promoted by such figures as anthropologist and ethnographer Marius Barbeau of the National Museum (now the Canadian Museum of Civilization). Barbeau believed that artists could provide an important contribution by imagining and reproducing designs and motifs from the “soon to be extinct” races whose artistic and cultural heritage had been compromised by contact with settler culture. In this conception, borrowed patterns and motifs serve as inspiration to artists who freely adapt from what was considered a dying culture, thereby preserving the original spirit of the culture for future generations. 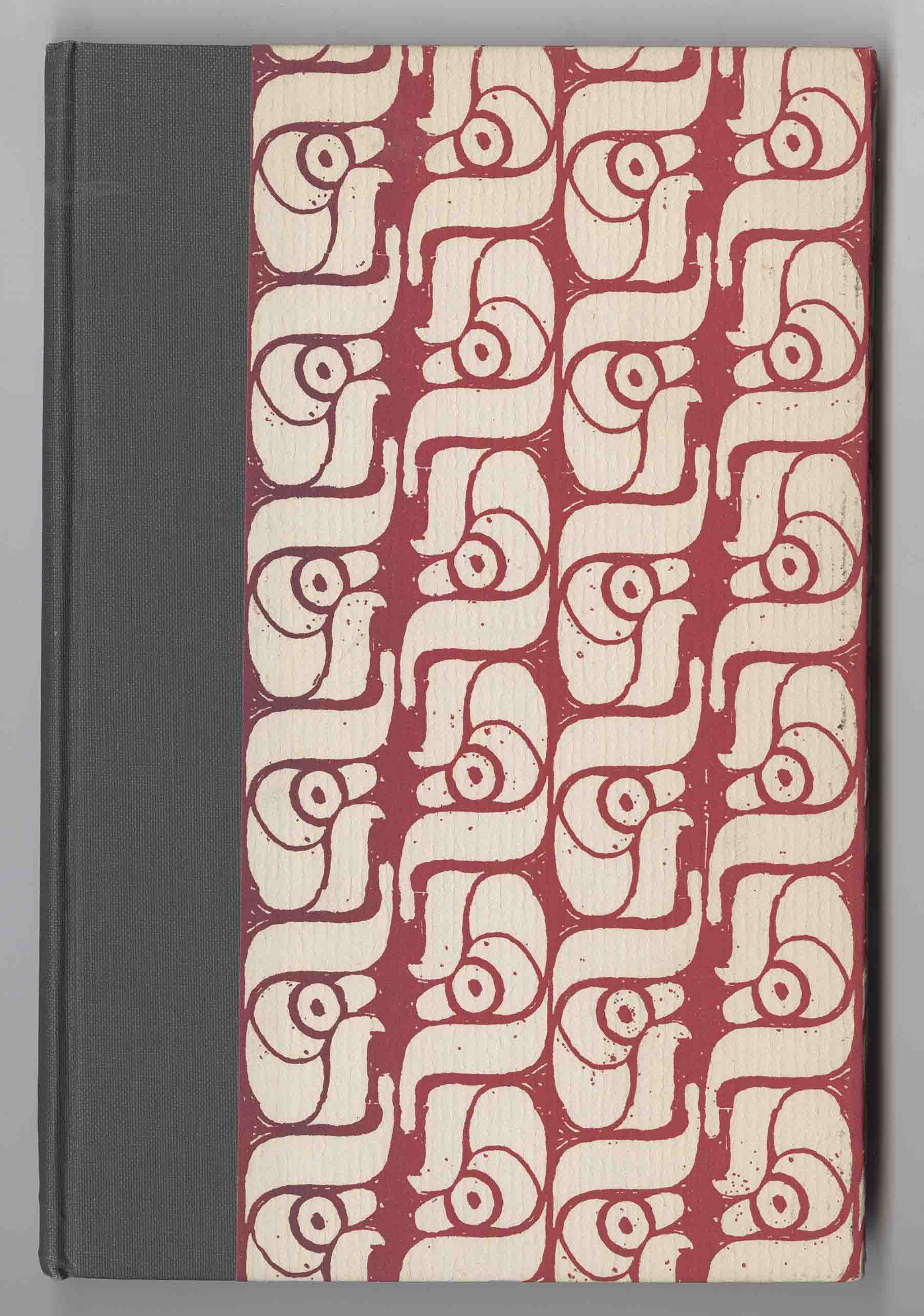 This adaptation is evident in the cover designs for the Indian File books which variously suggest Northwest Coast formline design, the skeletal elements of “x-ray” drawing, and the repeated patterns of pictograms. At the same time, Paul Arthur’s designs evoke the printing process itself through the use of woodcut and lino block as print matrix. The typesetting employed for the books is also precise and meticulous and this adds to the sense of a finely crafted object.

Articles in Quill & Quire on book design and Canadian poetry in the late 1940s attest to contemporary interest in projects that would reflect a Canadian sensibility and exploit recent developments in commercial design. While imagined by some as expressions of rising nationalism, such projects may have been envisioned in order to compete with American publications once more available in Canada in 1947 following the lifting of restrictions against the importation of fiction from foreign sources under the 1940 War Exchange 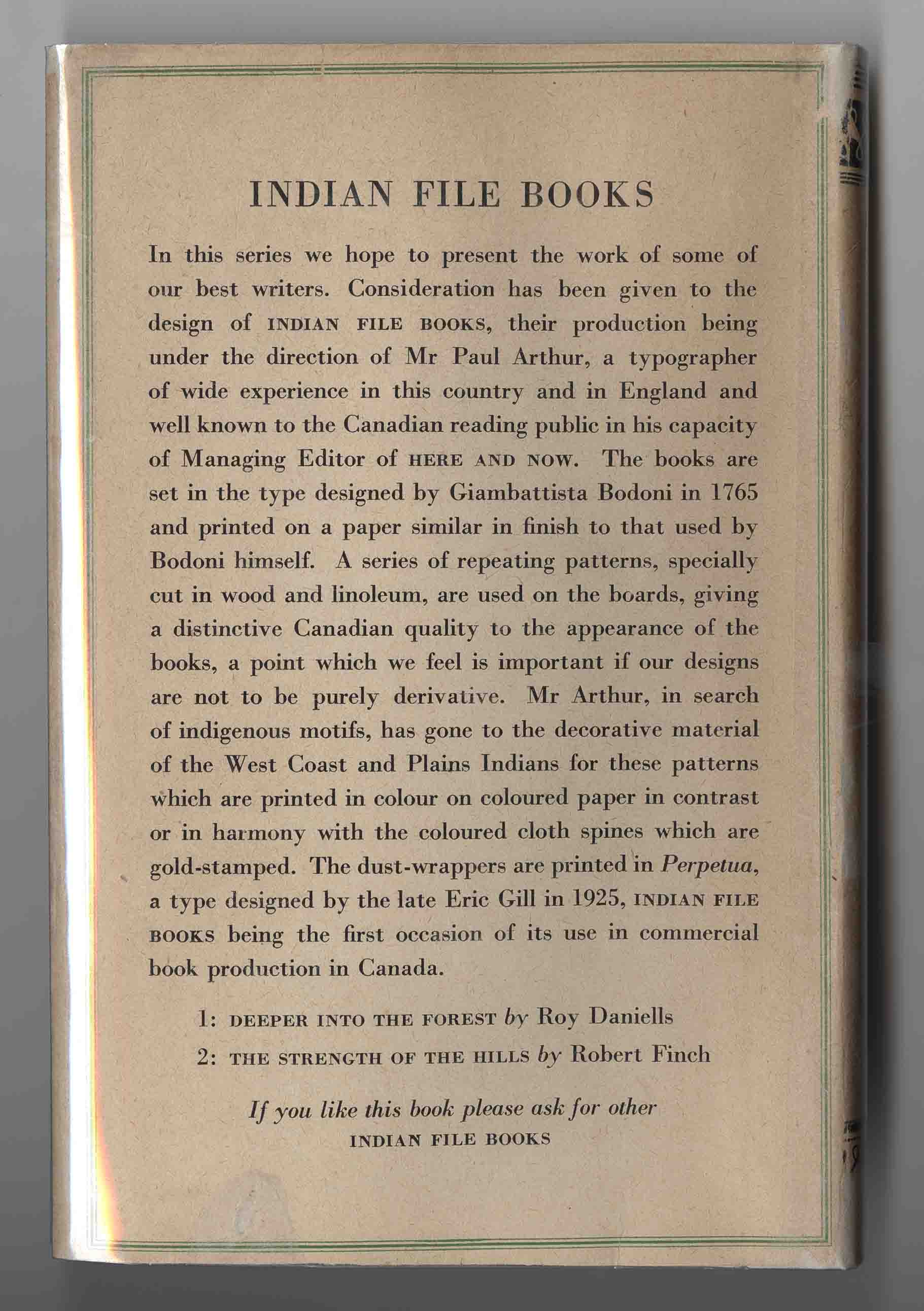 Conservation Act. The Indian File series also provides a window into the early Cold War climate, when cautionary observations against “poetry with a mission” appear designed to direct poets away from the political sphere and into the realm of personal expression, the principal theme of the series as a whole. The essential Anglo-British spirit of the venture and its participants, first proposed by M&S editor-in-chief Sybil Hutchison, is also emblematic of the period and the close-knit Anglo-Canadian literary community.

The design of the series met with approval from prominent Canadian literary figures such as Malcolm Ross, who wrote in the Dalhousie Review:

The appearance of these first two volumes of McClelland and Stewart's Indian
File Series is a publishing event of some importance not only because still another publisher has dared to risk hard money on serious Canadian verse, but also because
this publisher has discovered that book-making is an art as well as a business. The typography and design are excellent, and it is to be hoped that Mr. Paul Arthur will be given further and varied opportunities to dress our letters in such strong fancy. 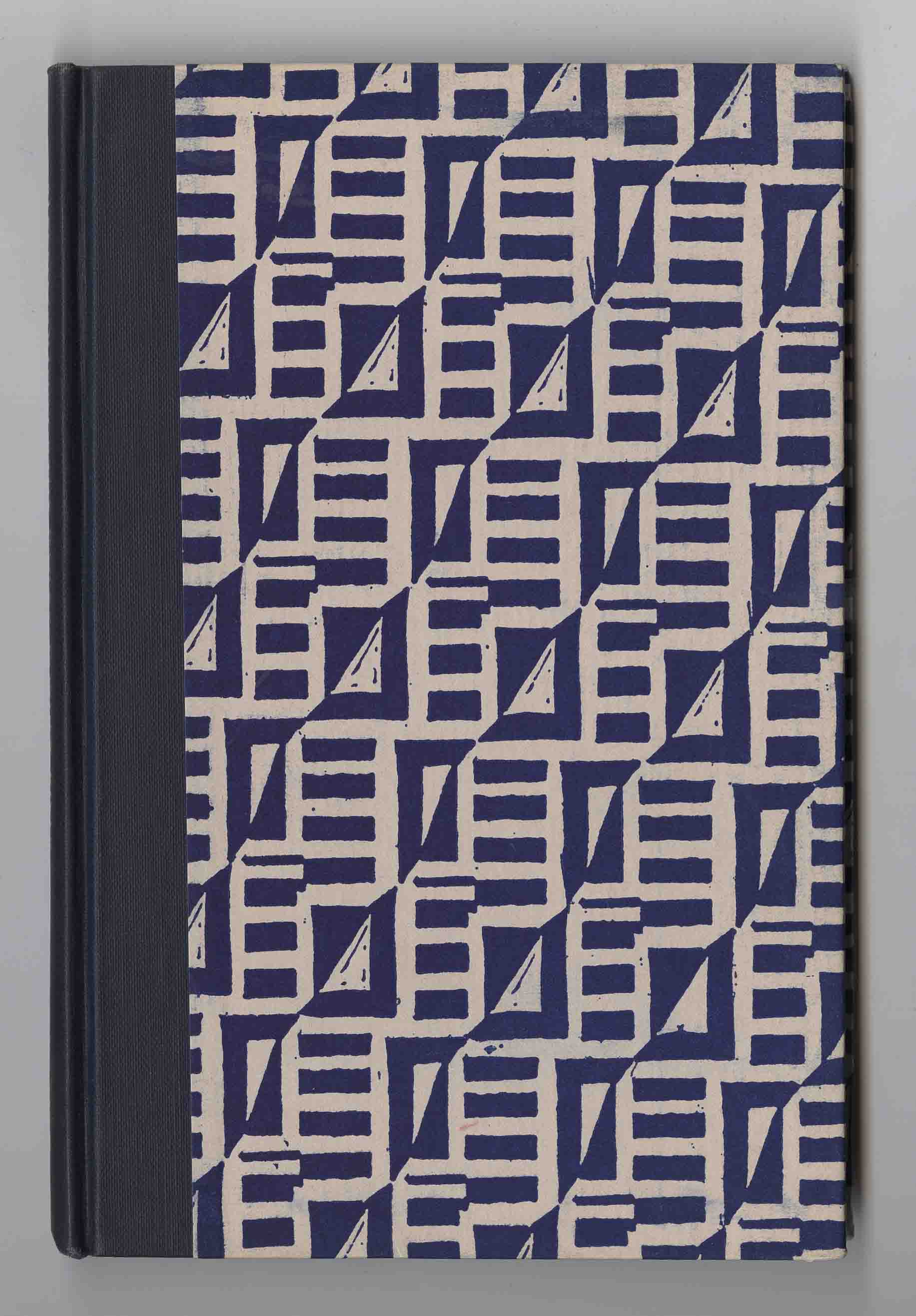 By the mid 1950s, however, the project appeared to have run its course. A review of G. Bailey’s Border River (1952) in Saturday Night suggested that “if it does not appeal now as poetry it could have value later as Canadiana.” Perhaps not surprisingly, when approached to participate in the series in 1961, Leonard Cohen requested something more up to date;

I would prefer not to parade in the Indian File because it is not a parade at all but a depressingly well camouflaged retreat ... I would love to work with your designer on a cheap, beautiful cover and format which would appeal to ... all the holy following of my Art. Please let me know if I can break from the File.

In spite of Cohen’s reservations, the Indian File series was a successful and innovative venture for M&S and serves today as an attractive – and intriguing – example of book design of the late 1940s and 1950s, executed by one of Canada’s premier designers.

Dyck, Sandra. “‘A Playground for Tourists from the East:’ Marius Barbeau and Canadian Artists in Gitxsan Territory.” In Around and About Marius Barbeau, ed. Lynda Jessup, Andrew Nurse, Gordon Smith. Ottawa: Canadian Museum of Civilization, 2008: 305-48.

Ross, Malcolm. Review of Deeper into the Forest and The Strength of the Hills. Dalhousie Review, xxix: 103.