Founded in 1978, Guernica Editions was named after the Spanish city left in ruins after an aerial raid in 1937, the same city whose victims Picasso immortalized in the canvas that has become renowned for its appeal for peace. Guernica’s name is consistent with its mandate: to publish prose, poetry, non-fiction, and drama that reflect its commitment to a social agenda. For Antonio D’Alfonso, the company’s founder, Guernica represents a synthesis of various cultural, linguistic, and literary traditions.

Its early publishing program was thus concerned with providing a venue that had been hitherto lacking in Canada. Most poets in the period had been influenced either by British literature (The New Delta Poets) or by American literature (The Véhicule Poets). Since no publishing venue existed for poets who did not fit into either literary category, D’Alfonso decided to found a company that would accommodate such writers and bridge this and other ethnic and linguistic gaps. To that end, another of Guernica’s objectives has 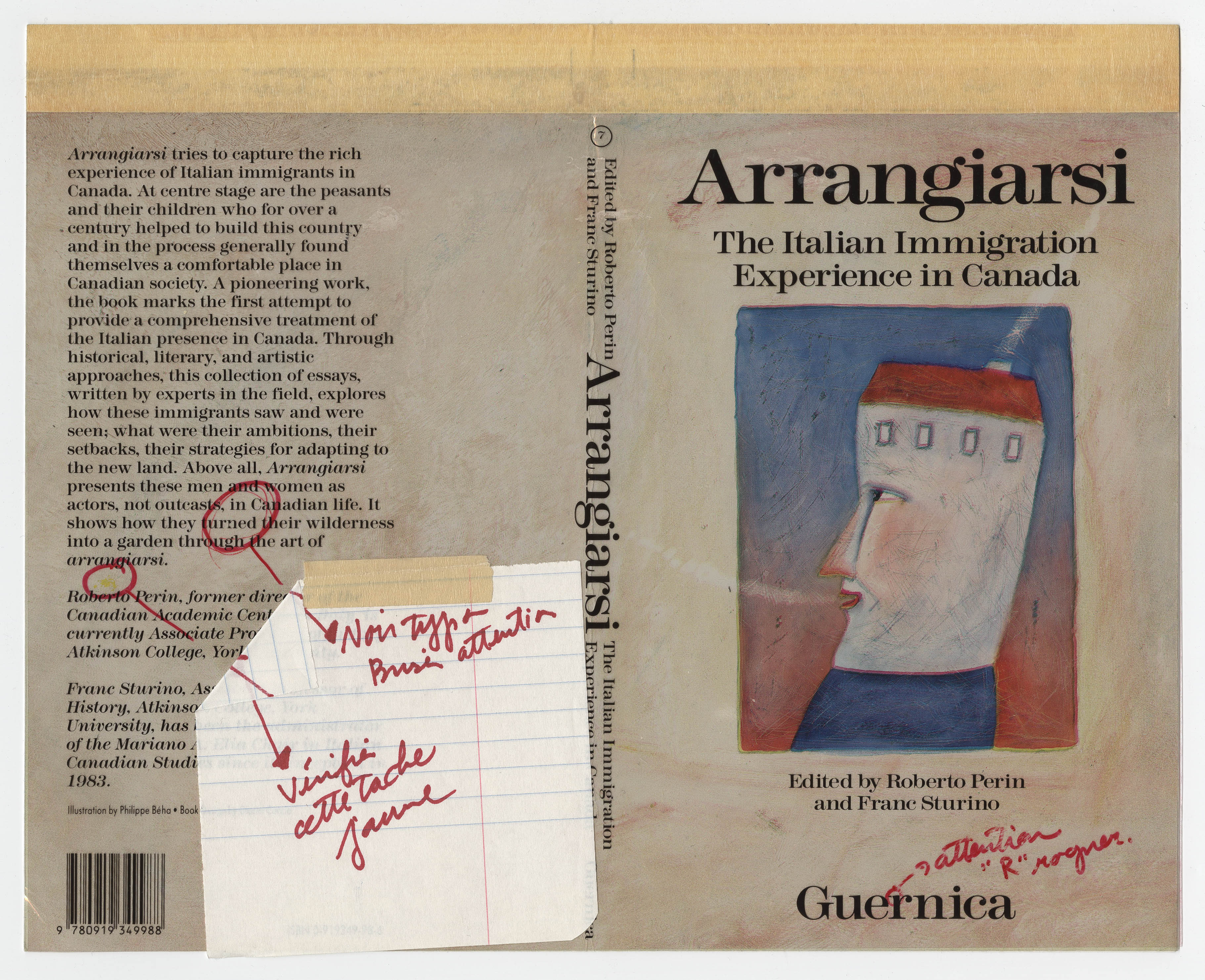 been to create ties between cultural groups, including those—such as Italian communities—that were not largely recognized or were under-represented by more dominant Canadian cultures. Fittingly, the press was first established in Montreal, one of the three cities in Canada most renowned for cultural diversity. Guernica’s move in 1994 from Montreal to Toronto was intended to provide a greater forum for intellectual and creative exchange by translating and uniting North American Italians.

By 1998, in celebration of its twentieth anniversary, Guernica could boast in its catalogue that the Press had published over 270 titles and 500 authors. By this 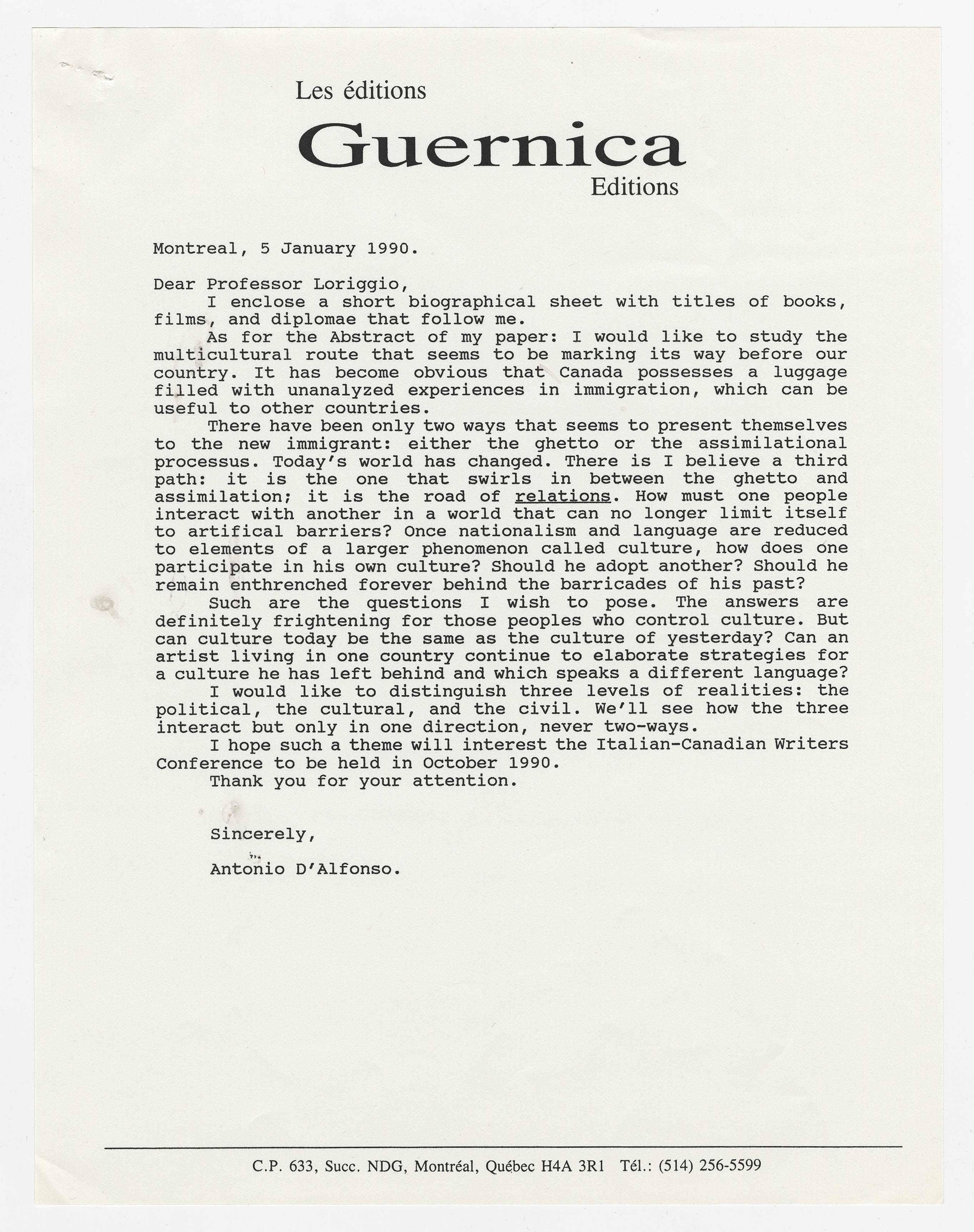 time, it was evident that its origins and publishing mandate had both informed and were also informed by changes in the currents of Canadian politics and culture; that is, as Canadian society called for greater attention to questions of ethnicity and multiculturalism, Guernica had both prompted such a call and responded to it, by the kinds of authors selected for its publishing program. It also became increasingly concerned with extending understanding towards and among various cultural groups in Canada. D’Alfonso’s commitment to publishing works by minority groups in Quebec shows itself in the expansion of Guernica’s program to include literary work by other communities, including, for example, Arabic-Canadian women. 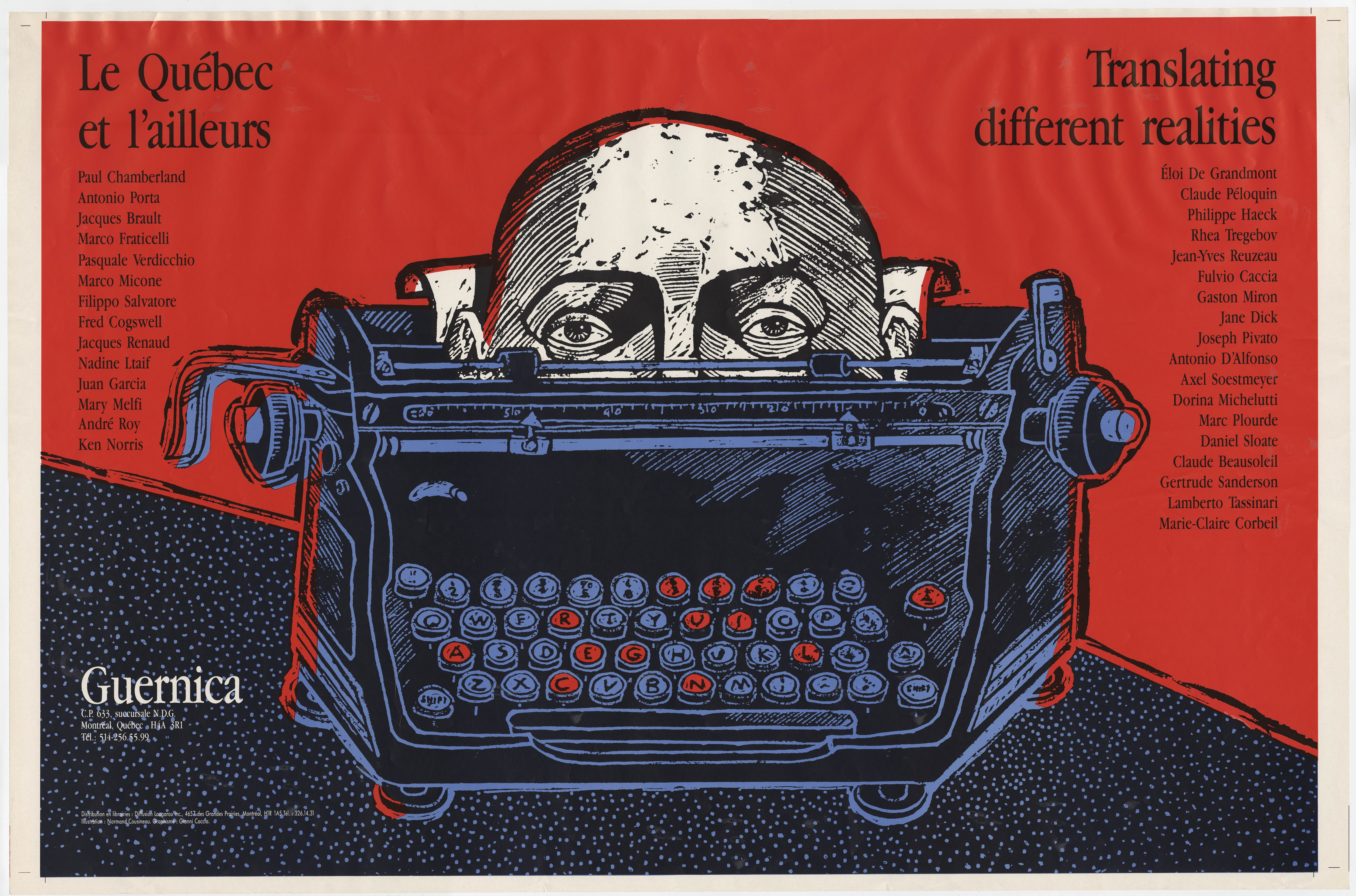 identity is the publication of well-known Québécois writers, both in French and in English translation. Guernica’s commitment to translation has fostered the transmission of ideas between cultures, even as it recognized that such transmission is neither simple nor easily accomplished. Its Québécois writers include Gaston Miron, Jean-Paul Daoust, Claude Beausoleil, Nicole Brossard, Anne Dandurand, Marie-Claire Corbeil, and Hélène Rioux. The latter four authors and the feminist issues they address indicate that, in addition to issues related to ethnicity, Guernica has been immersed in questions of identity and gender. 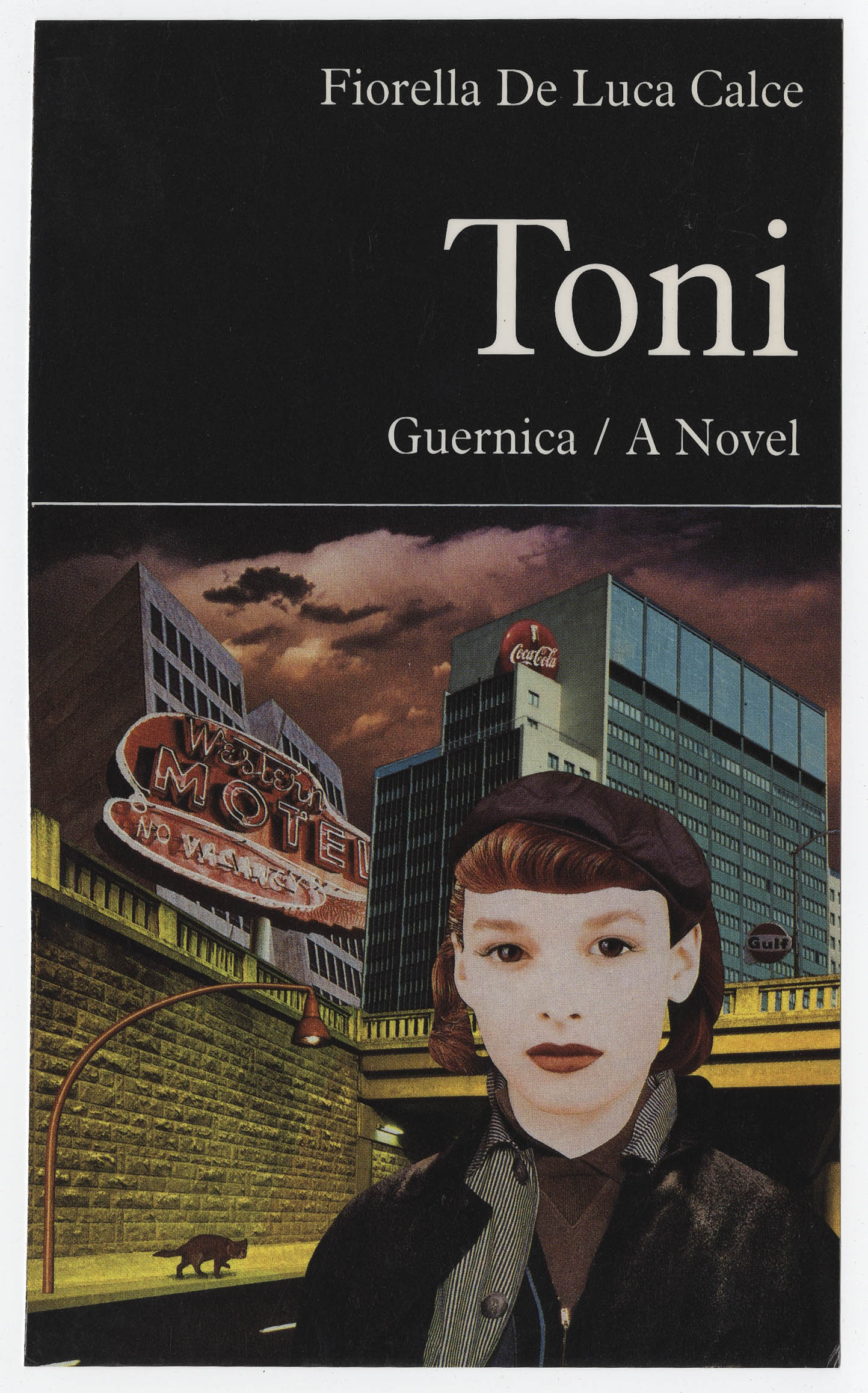 Many Guernica authors of poetry and prose, however, are Italo-Québécois or of Italian origin, in part because of the large population—approximately half a million—living in Quebec. Vastly under-represented in literary terms, these writers include Marco Fraticelli, Filippo Salvatore, Anthony Fragola, Maria Mazziotti Gillan, Marco Micone, Eduardo Sanguineti, Anthony Valerio, Pier Giorgio Di Cicco, Fulvio Caccia, Anne Marie Alonzo, Camillo Carli, Mary Melfi, Pasquale Verdicchio, and Penny Petrone. Guernica’s exploration of the Italic reality is perhaps its greatest achievement in conveying that there is indeed a global culture that goes beyond Italian national sentiment within Canada.

In part, the initial emphasis on Italian-Canadian writers relates to D’Alfonso himself; although he was born in Montreal, his parents and grandparents were 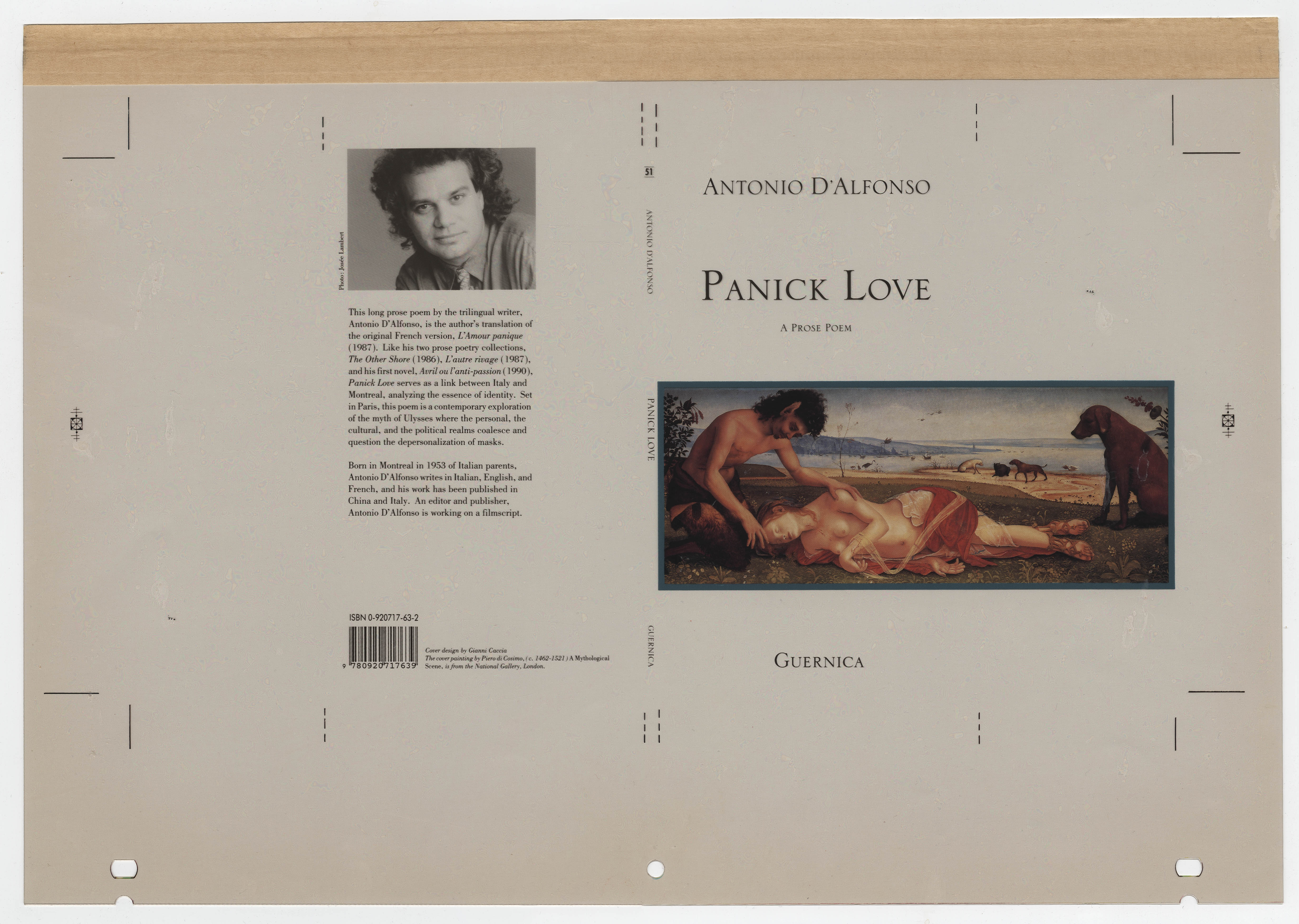 originally from Molise, Italy. He has published his own works of poetry and fiction in both French and English, founded the trilingual magazine, Vice Versa (1982), has produced independent films, has sat on numerous artistic juries including the Canada Council, and has written extensively about ethnic literature. In The Other Shore (1986) and Panick Love (1992), for example, D’Alfonso investigates challenges inherent in negotiating various cultural contexts and the difficulties of an ethnic subjectivity. His poetry collection, Comment ça se passe, was a finalist for the Trillium Award in 2002, and his novel, Un vendredi du mois d’août, won the Trillium Award in 2005.