Hockey is Canada’s official winter sport. The game gained popularity in the 1870s and 1880s when clubs and professional leagues were established. Oddly enough, few Canadian books were published on this subject prior to 1950. But in the next decade the floodgates were opened, and suddenly, the public, young and old, displayed a voracious appetite for hockey literature. This article explores this extraordinary publishing phenomenon.

Although the origins of hockey in the nineteenth century are subject to debate, the first known Canadian book of hockey is Arthur Farrell’s Hockey: Canada’s Royal Winter Game, published in Montreal by C.R. Corneil in 1899. A professional hockey player and member of the Montreal Shamrocks with Stanley Cup victories in 1899 and 1900, Farrell wrote and compiled two other books about hockey: Ice Hockey and Ice Polo Guide (1903) and How to Play Ice Hockey (1907), both in the Spalding’s Athletic Library, a popular series of hardcover and paperbacks issued by the American Sports Publishing Company. During the winter months in Canada prior to 1950, there was a barrage of newspaper reports of games played at the national and local levels. Howie Morenz, Cyclone Taylor, Gordie Howe, Maurice Richard, and a stable of other great players were household names. Nonetheless, with the exception of certain pieces of ephemera (for example, the Ontario Hockey Association’s constitution, rules, and laws of the game, 1920-1), very few books were published in Canada about hockey in the first half of the twentieth century. In the 1920s, for example, Copp Clark, a major educational publisher, sponsored its own hockey team, but, like so many other Canadian publishers, Copp Clark published no books on the subject (Lloyd Percival’s The Hockey Handbook, published in 1951, was Copp Clark’s first hockey book). 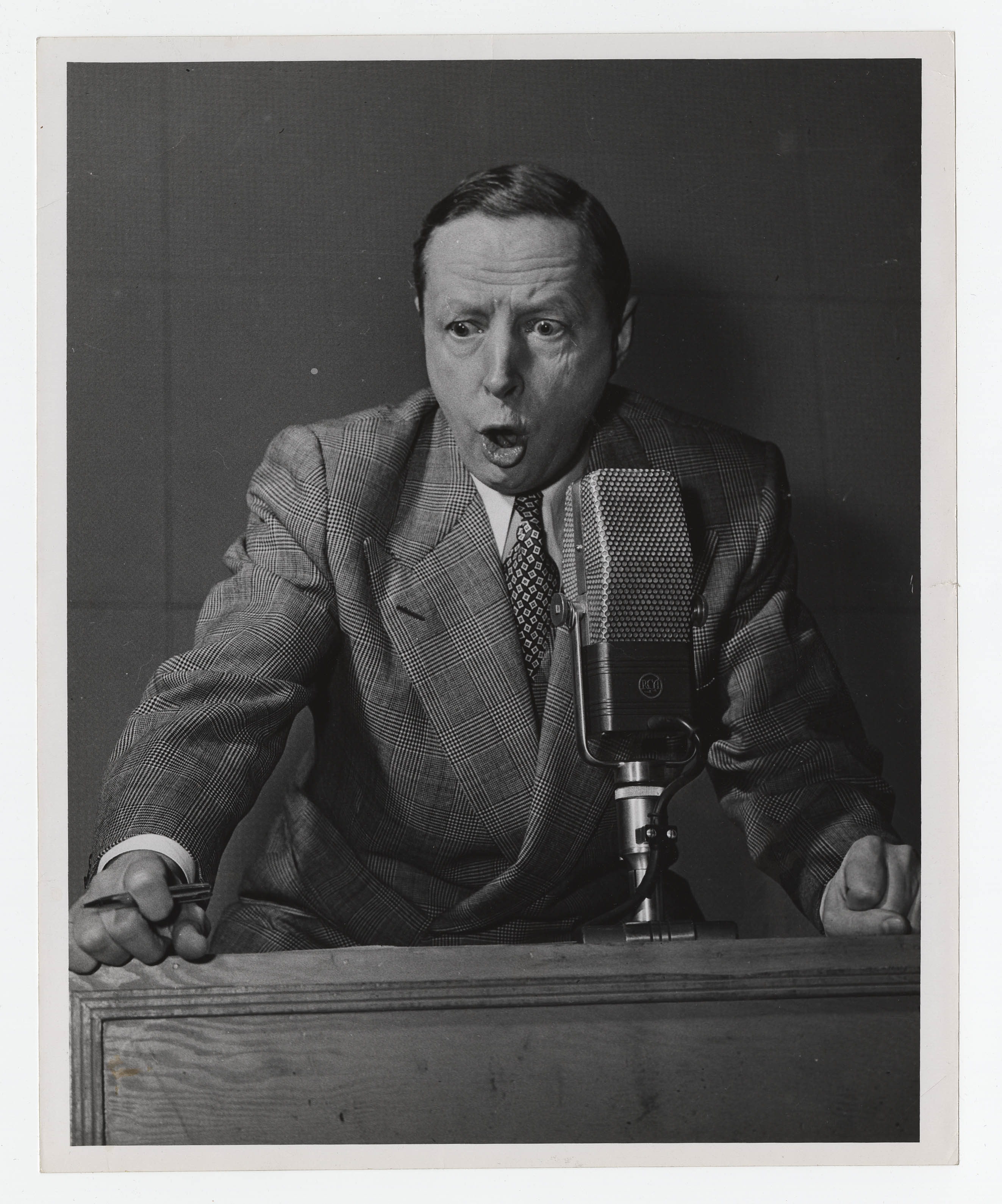 George A. Meagher’s Lessons in Skating (1900; more about figure skating) and Foster Hewitt’s Down the Ice: Hockey Contacts and Reflections (1934) are two Canadian hockey books in the pre-1950 era. A cub reporter for the Toronto Daily Star, Hewitt was asked in 1923 to broadcast games of the Senior OHA over the Star’s own radio station CFCA. From this humble beginning, extending to forty years, he was Canada’s premier hockey play-by-play broadcaster on Hockey Night in Canada, using memorable phrases such as “He shoots, he scores!” (the title of his second hockey book, a novel about the rise of Matt Warren in the NHL, published by T. Allen Ltd. in 1949). In 1949 and the early 1950s, in addition to several works by Hewitt (Hello Canada and Hockey Fans in the United States, another novel for young readers, published in 1950), a spate of books on hockey made their appearance. A prolific journalist, author, and the father of pop music icon Neil Young, Scott Young followed in Hewitt’s footsteps with a trilogy of high school hockey novels about Bill Spunska–Scrubs on Skates, 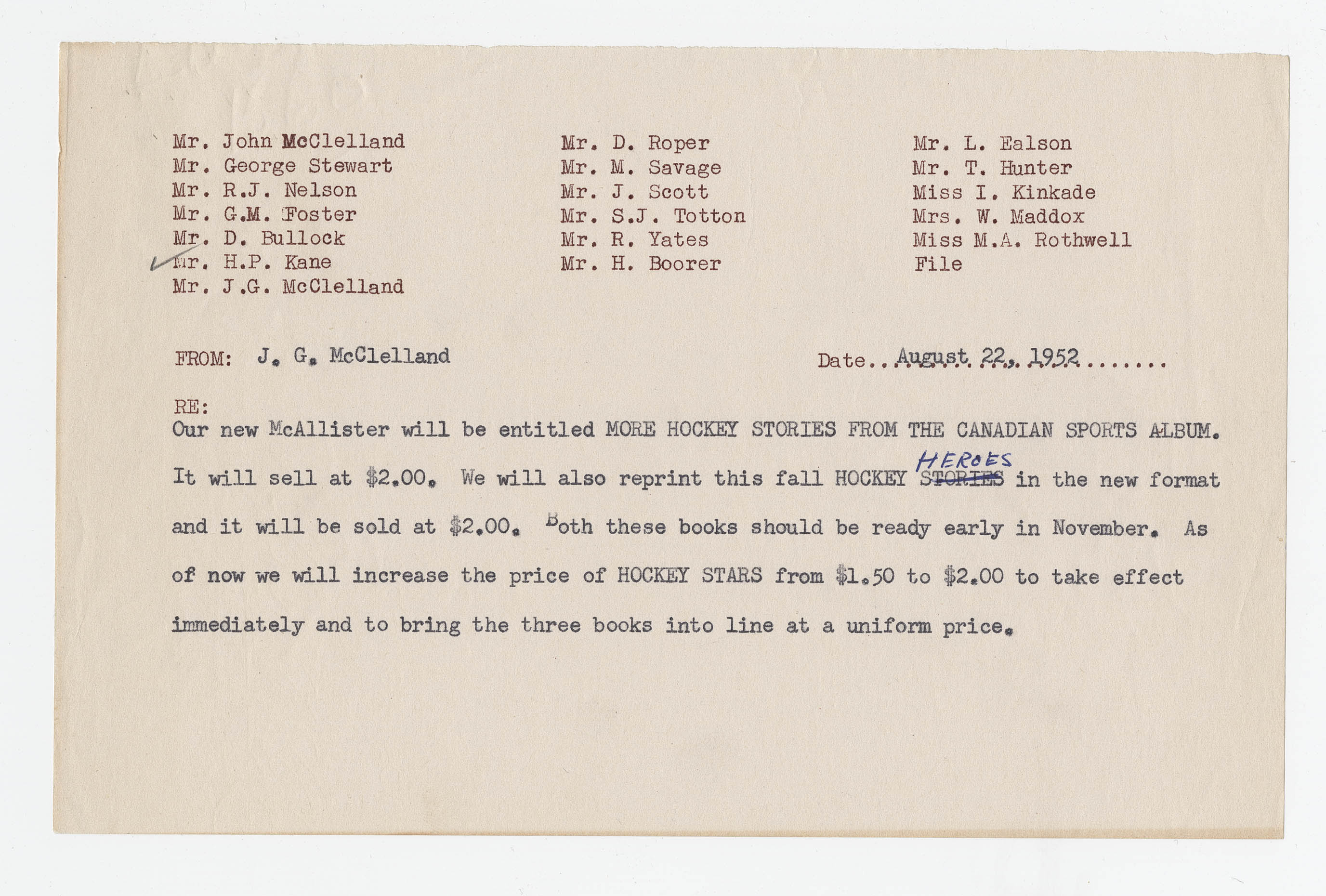 published in 1952 by McClelland & Stewart, was the first novel in the trilogy. In his career Young became the dean of Canadian sports writing with newspaper columns about the Grey Cups, the World Series, the Stanley Cups, and the Olympics. He wrote 40 books, many of them works of non-fiction about hockey. Between 1949 and 1952, Ron McAllister, a free-lance writer and a radio sports editor, adapted the broadcasts from his CBC program, Canadian Sports Album, into the writing of three hockey books (Hockey Heroes, Hockey Stars, and More Hockey Stories). Published by McClelland & Stewart, McAllister’s books, which contained sketches of hockey players and accounts of memorable games, sold moderately well with print runs of 3,000 or 5,000 copies. 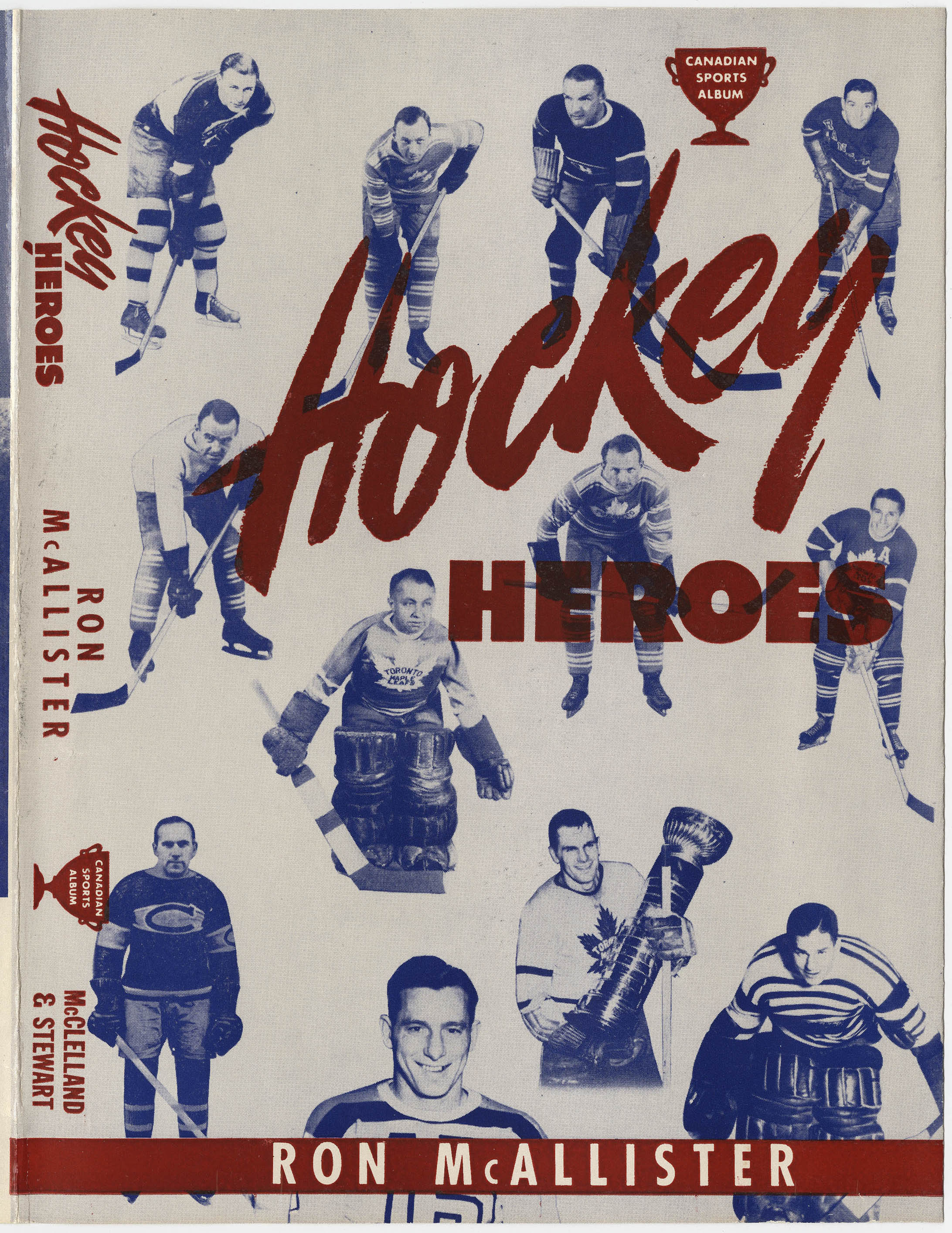 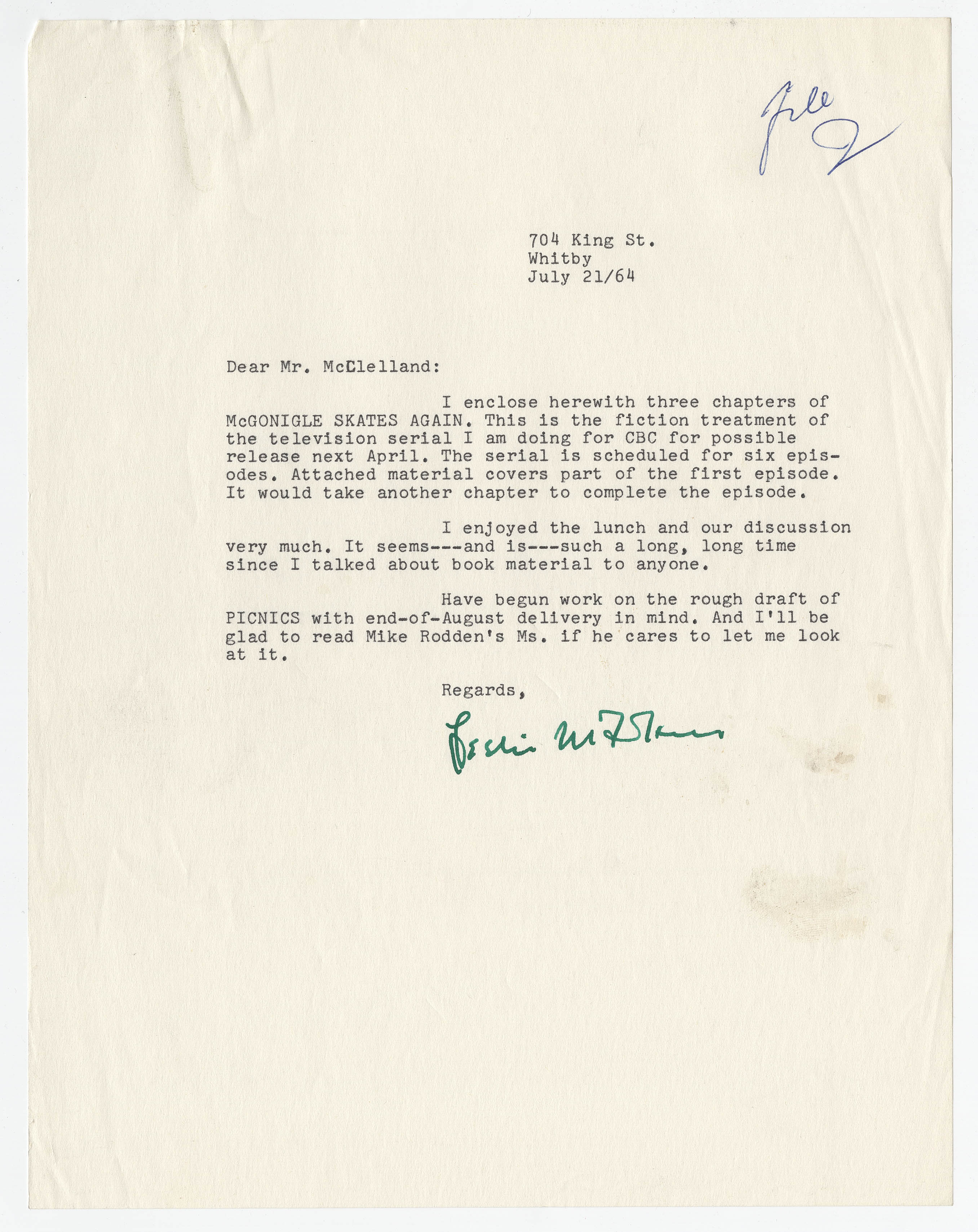 Longstreth, the author of two books about the Mounted Police in the Great Stories of Canada series published by Macmillan of Canada, managed to combine his earlier theme about policing with an equal enthusiasm for hockey in The Calgary Challengers (1962): his young hero, 17-year-old Sam Shurtliff of Crow River, Alberta, must choose between a career and a true avocation. Even veteran authors such as Leslie McFarlane of Hardy Boys’ fame decided that there was a potential market in hockey fiction of a humorous nature. “It is a helluva good story, I think,” Jack McClelland told McFarlane on 24 November 1964 about McGonigle Scores! (first televised on the CBC, and then McClelland & Stewart published in 1966). “Humour, satire, authenticity, and a good deal of narrative drive.” 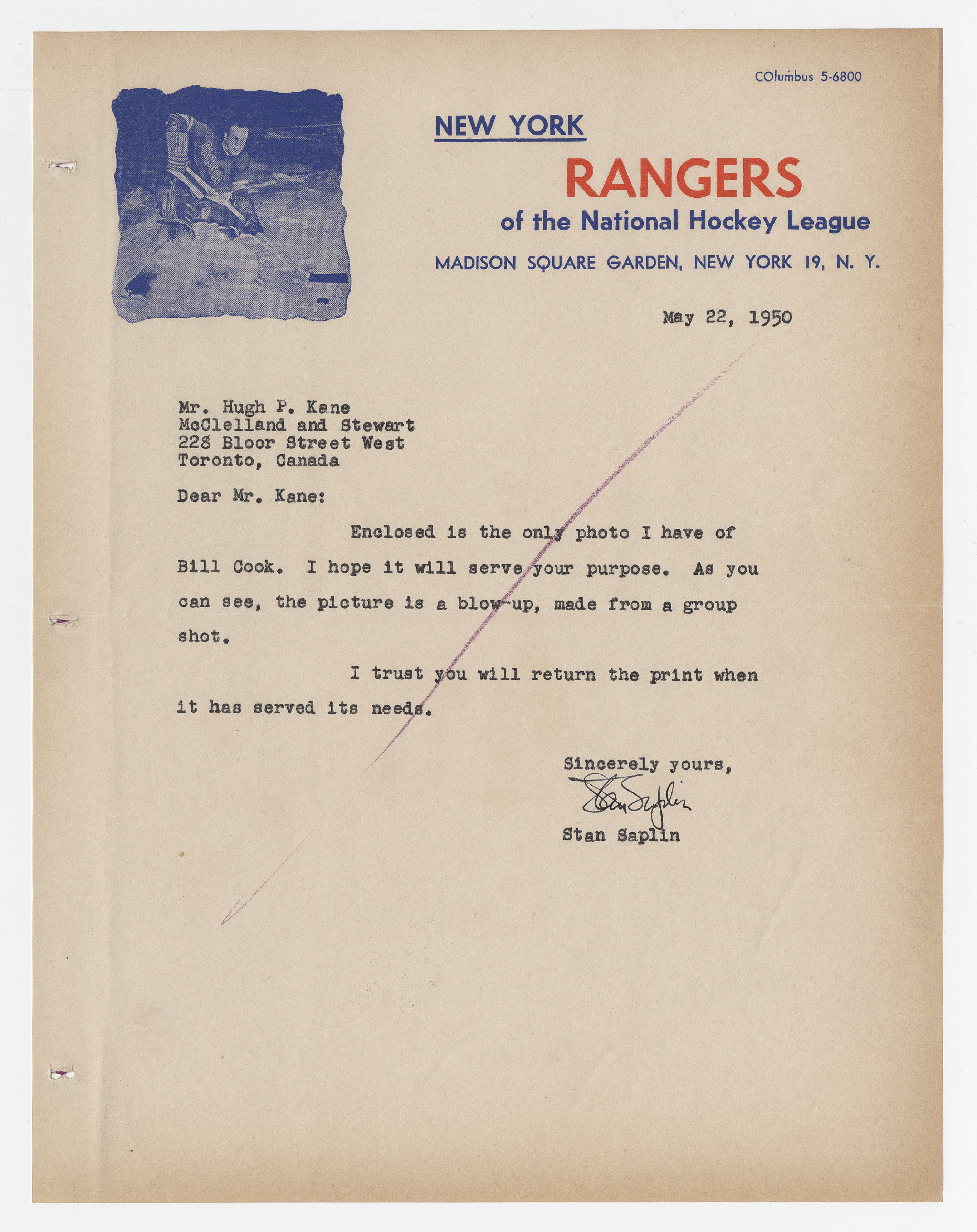 Leslie McFarlane was certainly a prodigious author and script writer. But his son, Brian McFarlane−a successor to Hewitt as a commentator on Hockey Night in Canada−outshone his father and practically all his contemporaries, writing more than 50 books on hockey. Historian, biographer (Darryl Sittler, Larry Robinson, and King Clancy), and promoter, McFarlane blended historical fact, entertaining reminiscence and fascinating trivia for hockey fans. In addition to histories of hockey teams and hockey legends, Brian McFarlane has written annuals, quiz books, and works under the pen of Peter Puck, the cartoon character that helped to teach Americans about hockey. 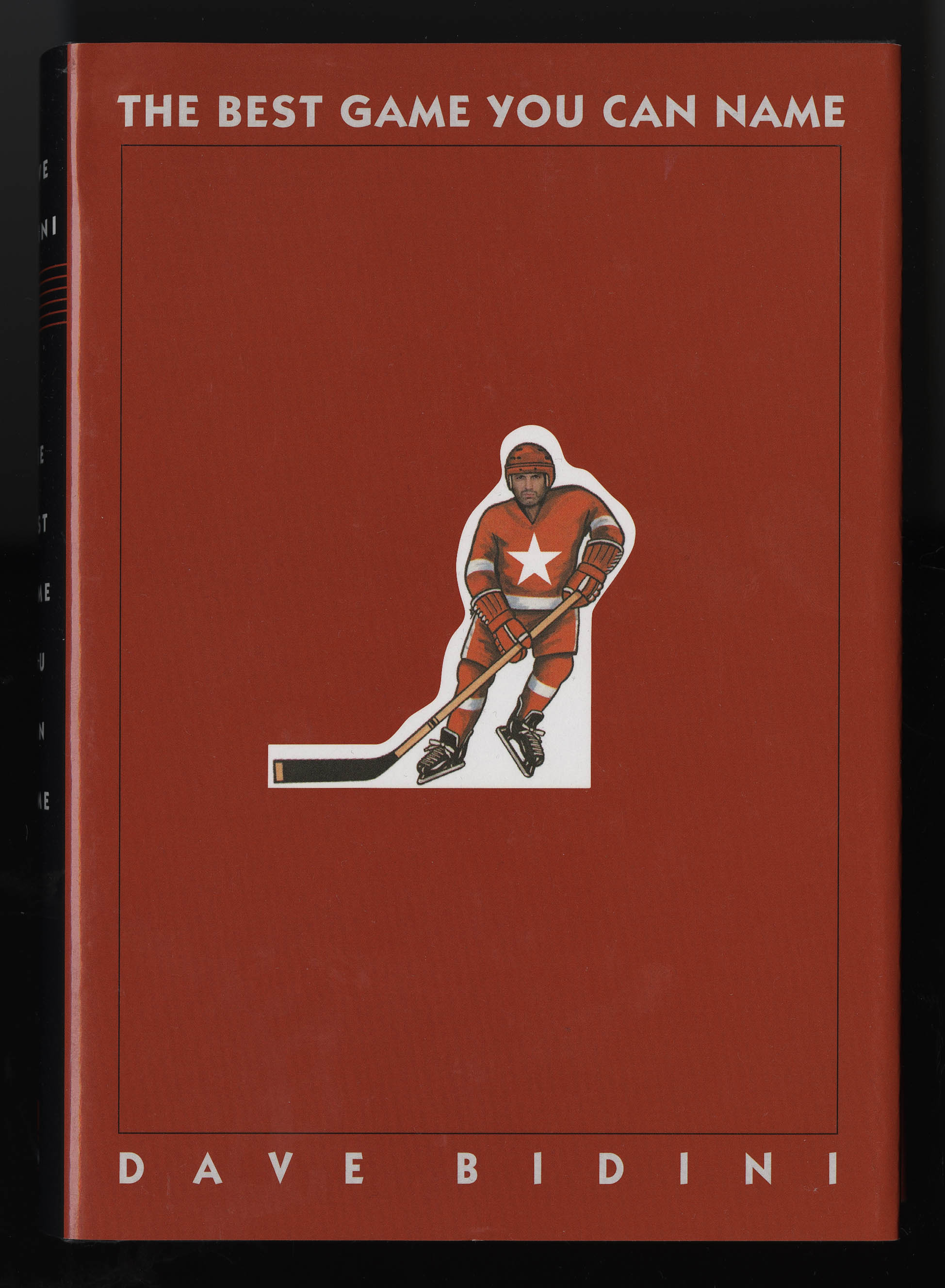 Although many authors such as Ken Dryden (The Game, 1983), Peter Gzowski (The Game of Our Lives, 1981), Roch Carrier (The Hockey Sweater and Other Stories, 1979), and David Bidini (Tropic of Hockey, 2001, and The Best Game You Can Name, 2005) have brought passion and insight to the telling and drama of hockey stories, Brian McFarlane’s range and prolific output have only found an equal in the best-selling work of Roy MacGregor. A journalist for several magazines and newspapers, MacGregor has written a variety of hockey classics, such as The Last Season (a novel, 1983) and Home Game (with Ken Dryden, 1989). What has set MacGregor apart from most other hockey writers is the astounding success of his Screech Owl series, juvenile hockey mysteries concerning the adventures of a peewee team in the town of Tamarack. Doug Gibson, the editor and publisher of McClelland & Stewart, telephoned MacGregor with a suggestion: “We’re hearing back from librarians and educators, and they say there’s this reluctant reader out there, boys 9-13, that they can’t get to read anything. Boys say the same thing all the time, ‘There’s nothing I like.’ Why don’t we do some hockey books? Nothing’s been done for nearly 50 years since Scott Young sat down and wrote 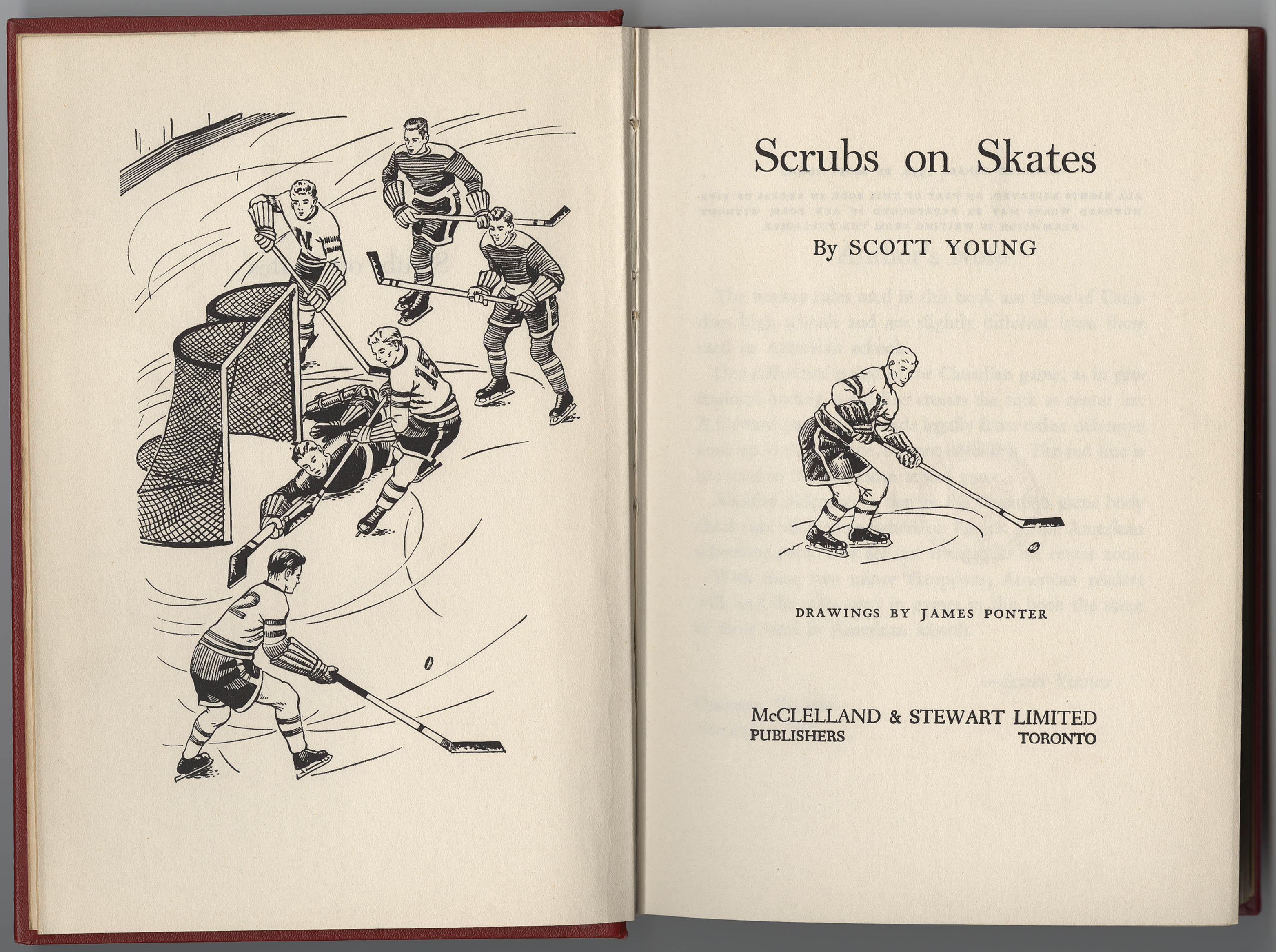 Scrubs on Skates" (see http://www.umanitoba.ca/cm/profiles/mcgregor.html). Beginning with Mystery at Lake Placid (1995), MacGregor has penned more than twenty books in the Screech Owls series with sales exceeding a million copies.

The increasing popularity of hockey books is reflected in the editorial and production files in the archives of several Canadian publishers at McMaster University Library. Of considerable note for hockey aficionados is the resource centre at the Hockey Hall of Fame in Toronto which houses more than 26,000 hockey books, programs, and guides, 10,000 files on individual players, 9,600 files on teams, leagues, and trophies, and 450 binders of hockey cards and memorabilia.