Hugh Garner: The "One Man Trade Union" of Publishing (with audio recording)

As one of very few Canadian writers able to live solely off the income of their writing between the 1940s and 1970s, Hugh Garner experienced the rise and decline of short story publishing in Canadian magazines, the creation of radio and television markets, and the influence of American culture on the Canadian publishing market. His thorough documentation of the correspondence between himself and his various publishers and editors is a unique record of aspects of copyright, promotion, royalties, and personality politics in Canadian, European, and American book publishing. This study includes a 1971 audio interview in which Garner discusses his career.

Hugh Garner (1913-1979), author, editor, journalist, teacher, and reviewer, was born in Yorkshire, England, grew up in the Depression-era slums of Toronto, fought in both the Second World War and the Spanish Civil War, 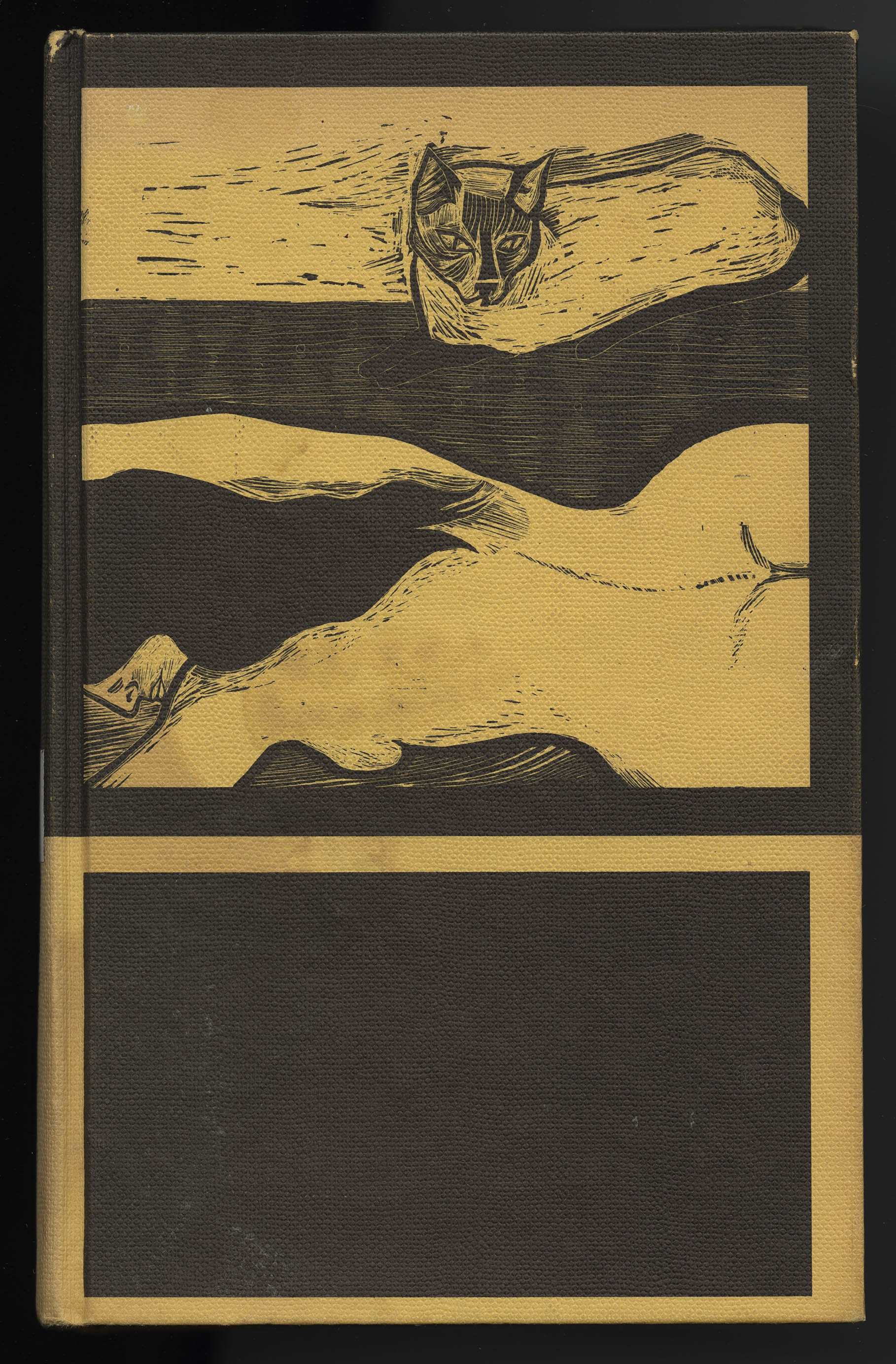 “hoboed” throughout Canada, Mexico, and the United States, and was an unabashedly vocal self-promoter of his own writing. As an outspoken social critic and self proclaimed “one man trade union,” Garner was not afraid to argue with his agents, publishers, and editors in order to control the content of his writing, ensure that his books were properly displayed in retail outlets, and to squeeze as much income as he could from his published works. Despite Garner’s argumentative nature, he was respected for his ability to produce controversial and timely pieces, and was able to convince publishers and editors that his articles, short stories, radio plays, television dramas, and novels were worth purchasing and promoting. 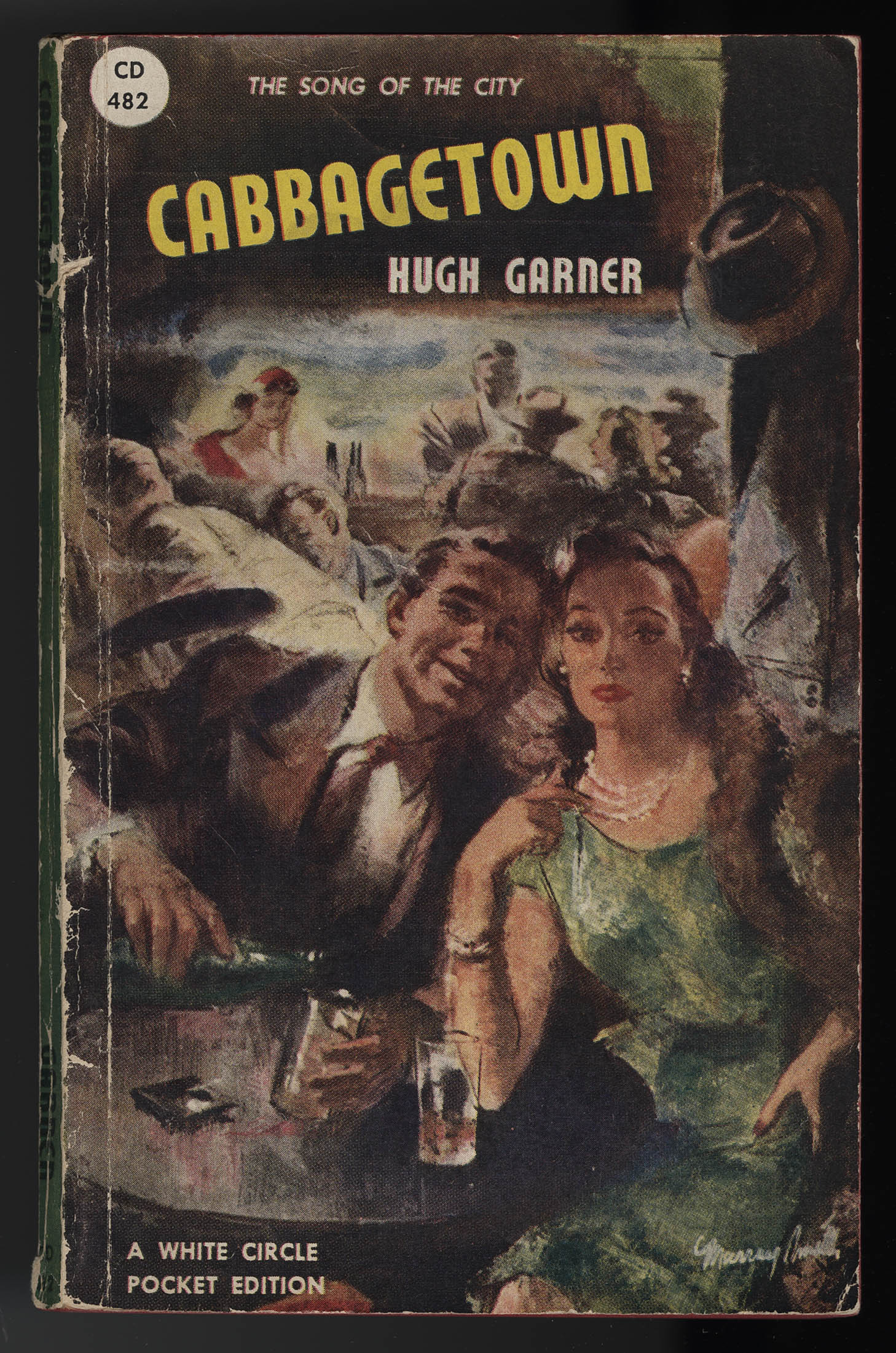 Garner’s first novel, Storm Below, was published in 1949 by William Collins, Sons & Co. Canada. He quickly learned from his New York agent, who had perused his contract with Collins to see if he could sell Garner’s novel in the U.S., that Collins owned rights to the Canadian, American, and British markets for the book, as well as options on his next two works. Although he felt confined by this agreement, Garner learned to manipulate the contracts to his benefit as much as possible, and went on to sell three more works to Collins: Cabbagetown, in 1950 (published in paperback form, which sold 45,000 copies), Present Reckoning, in 1951, and a collection of short stories, The Yellow Sweater, in 1952. Garner also published Waste No Tears: The Novel about the Abortion Racket under the pseudonym Jarvis Warwick in 1950, which was issued by News Stand Library, an imprint of Export Publishing Enterprises. Garner’s professional relationship with Collins lasted until 1955, when he received a letter from the company telling him that he could look for another publisher in the future, because he had publicly made disparaging remarks about an English publishing house connected with Collins. 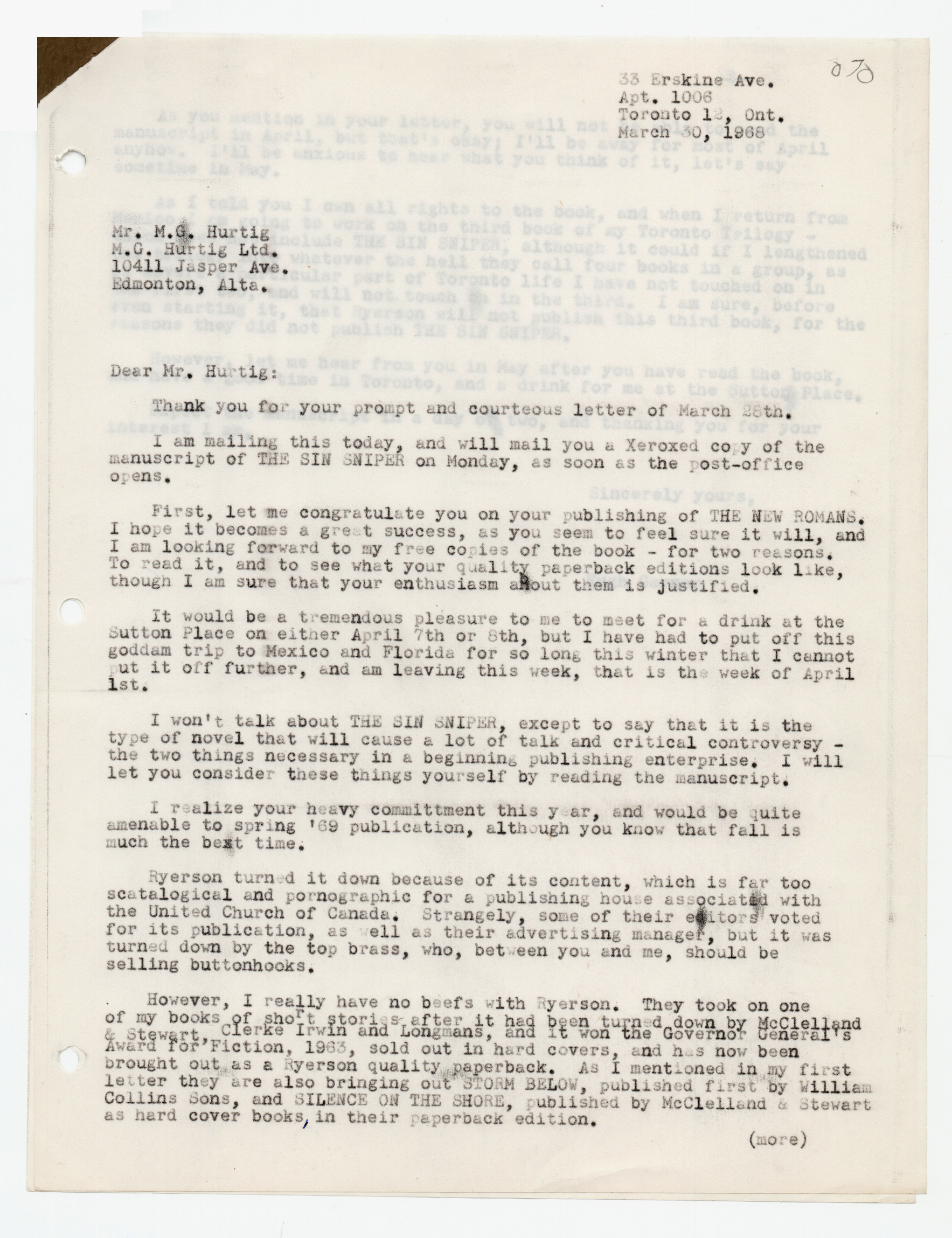 During the 1950s the burgeoning television and radio market, began to affect sales of magazines in Canada. Garner was able to adapt his short stories into radio and television scripts, and developed a system to maximize the income of a single story: he would first sell his work to the CBC in script format, would then submit a short story version to magazines, little magazines, quarterlies, and journals, and finally, would group the stories and try to issue them as a collection - one of which, Hugh Garner’s Best Stories, published by Ryerson Press, won the Governor-General’s Award for fiction in 1963. Garner’s short stories also appeared in numerous anthologies, and he was able to supplement his income by always demanding that he be paid the same amount as the author receiving the highest royalty fee in the anthology. 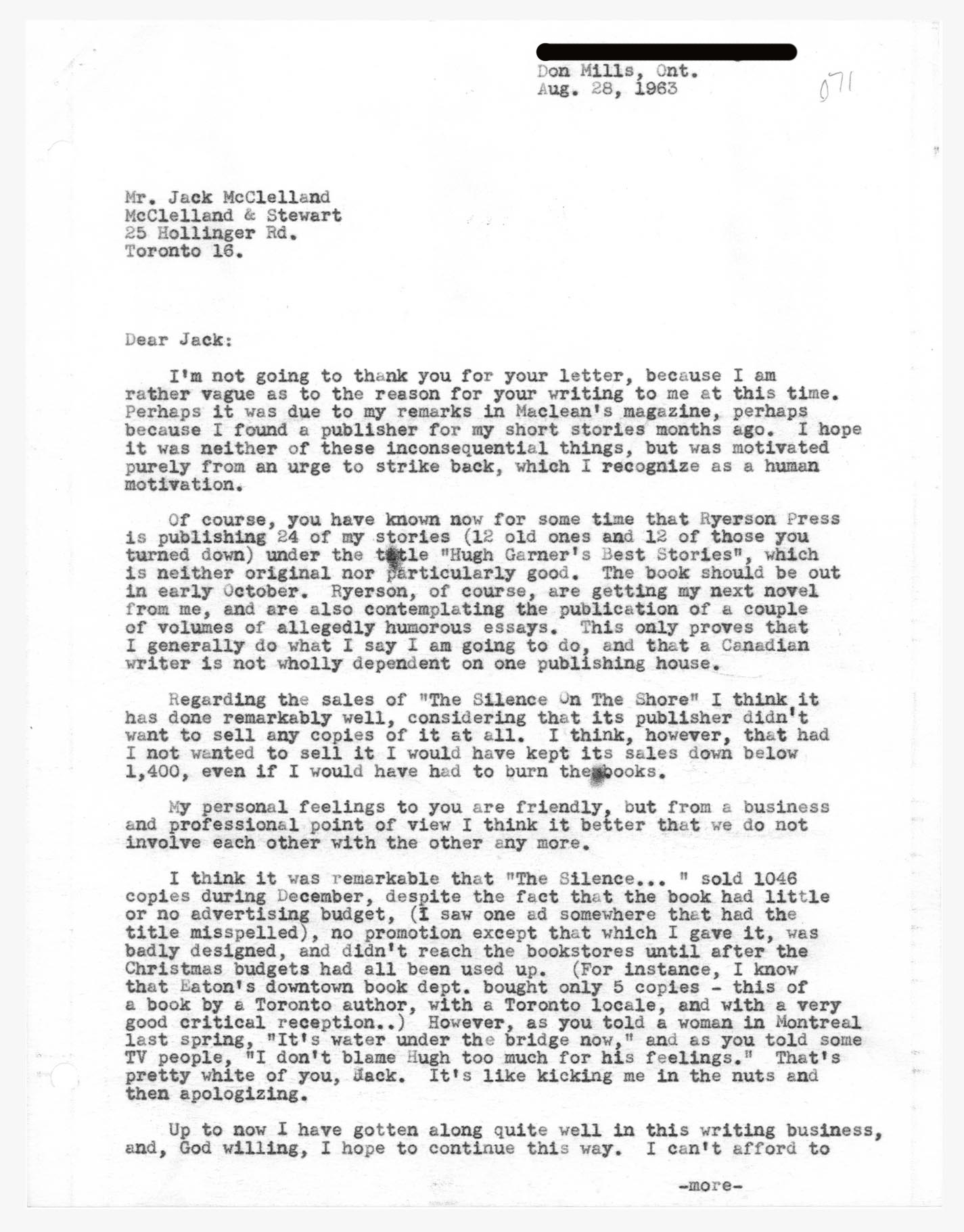 Garner had a spectacular falling out with Jack McClelland over the publishing of the 1962 novel, The Silence on the Shore. Garner felt that editors at McClelland & Stewart did not like his novel, and had purposely held back on publishing it until right before Christmas — a move which, he correctly assumed, had lost him the best promotion and sales period of the year. Garner published his later works with Ryerson Press, Simon & Schuster of Canada, McGraw-Hill Ryerson (when Ryerson Press was sold to McGraw-Hill), and Borealis Press. His reason for moving between publishers during his later years was partially based on the Methodist roots of the Ryerson Press: with this background, Garner felt that Ryerson would not want his more controversial works.

Although Garner never saw himself as a literary nationalist, his works having being translated throughout the globe, and the scope of his publishing method not limited by geo-political boundaries, he nevertheless promoted Canadian literature, and wrote mostly for a Canadian market. A few of the magazines, in which he published stories and articles in throughout his career are the following: Saturday Night, the Star Weekly, Maclean’s, Weekend Magazine, Liberty, New Liberty, the Globe Magazine, World Digest, the Telegram, National Home Monthly, Canadian Home Journal, 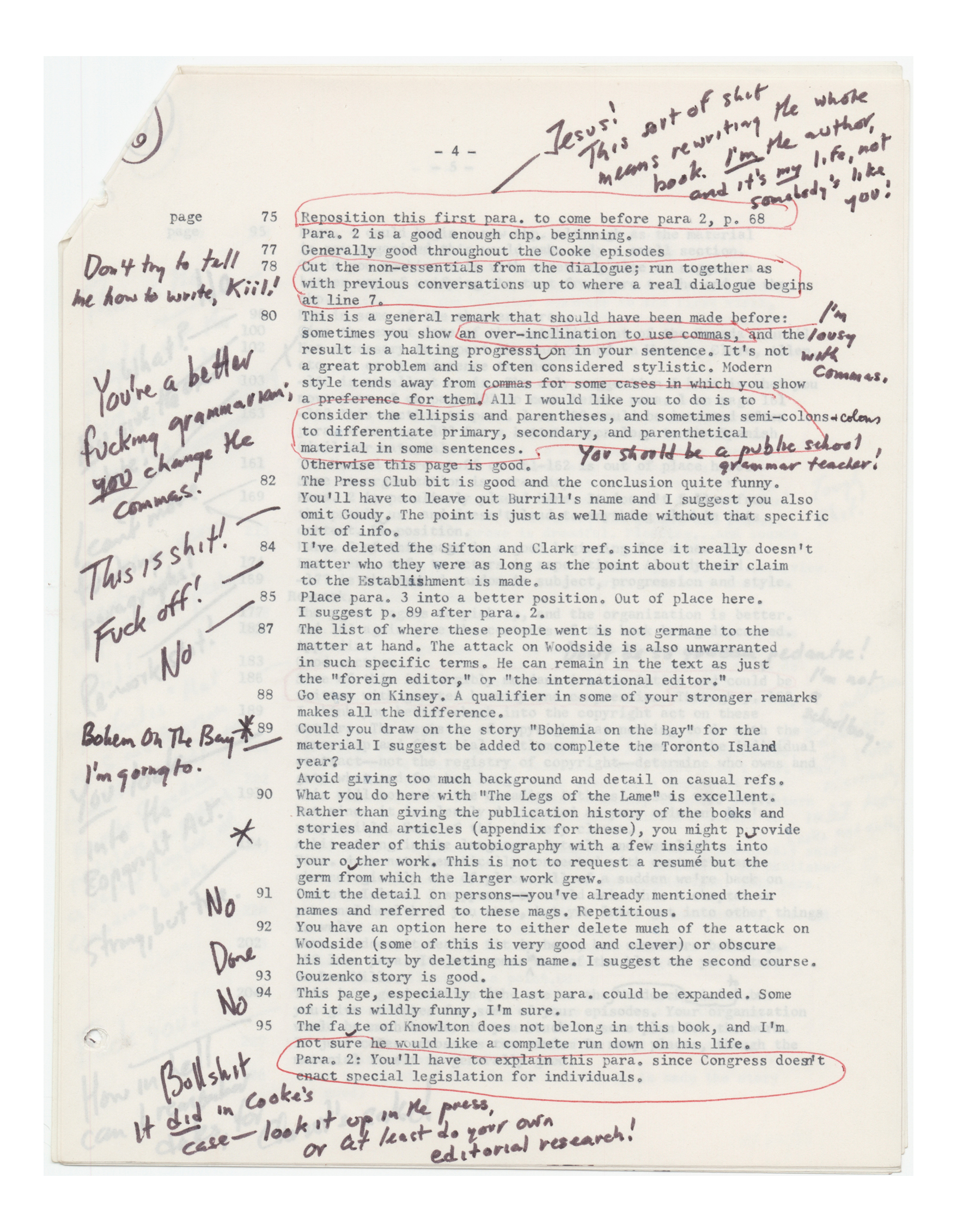 The Hugh Garner fonds at Queen’s University Archives offers many examples of self-promotion on Garner’s part, mostly due to the fact that he made carbon-copies of many letters to his publishers and agents. His archives include royalty receipts, acceptance and rejection letters, grant applications, requests for the purchase of remaindered works, and other documents related to his interaction with a sometimes unfriendly publishing world.

Garner, Hugh. One Damn Thing After Another. Toronto: McGraw-Hill Ryerson, 1973.