J. Macdonald Oxley was one of the best known Canadian authors of his time, but few people today have heard of Bert Lloyd’s Boyhood. In his diary we learn that it was reviewed in 15 periodicals and newspapers upon its publication in 1889, and that he was paid $175 for it by his American publisher.

Unlike some of his near contemporaries in Great Britain known for writing adventure tales, such as G.A. Henty (1832-1902), H. Rider Haggard (1856-1925), and Robert Louis Stevenson (1850-1894), J. Macdonald Oxley (1855-1907) is no longer a household name. By his own count, he was the author of 26 books, 19 serial stories, 140 short stories and 248 articles, and was a prolific writer of boy’s stories. His obituary in one of the Toronto papers reads: “Boys the world over will regret to learn of the death of J. Macdonald Oxley of this city, who passed away yesterday. As a contributor to the Boy's Own Paper, his stories of life in the Canadian wilds provided wholesome reading for thousands of juveniles in every clime where the English tongue is spoken” [unidentified Toronto paper, 10 Sept. 1907]. Oxley kept a diary, entitled "Literary Record", in which he recorded financial and publication details throughout his entire writing career, from the publication of his first article in 1883 through March 1907, just a few months before he died. The notebook continues for some 200 pages, with meticulous records of dates, payments and details of publication, as well as information on when and where each piece was reviewed.

Born and raised in Halifax, Oxley attended Dalhousie University and then Harvard Law School. He was admitted to the Bar of Nova Scotia in 1878 and practiced law in Halifax for about five years, before accepting an appointment as legal advisor in the Marine and Fisheries Department in Ottawa. In 1892 he 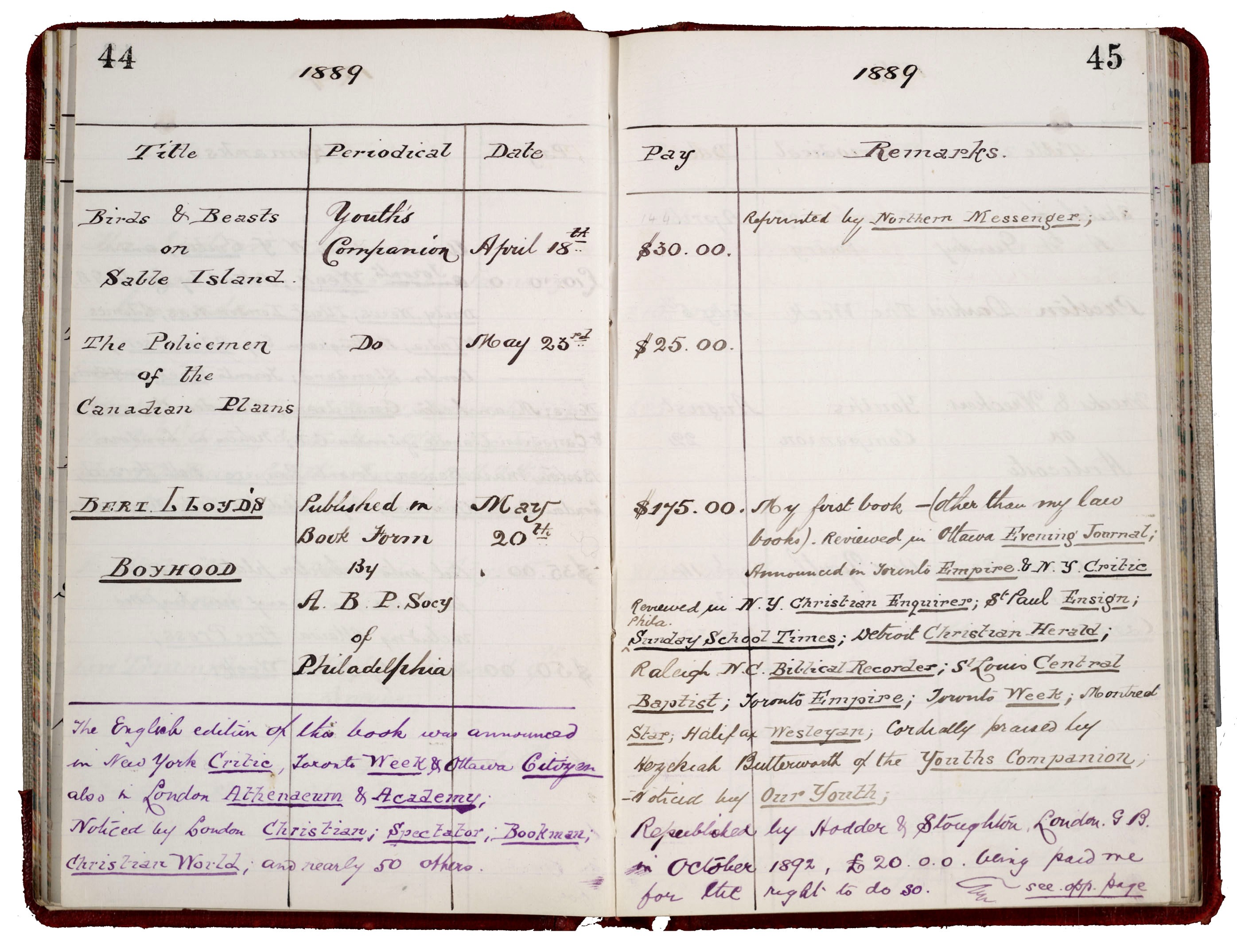 became manager of the Sun Life Assurance Company at their head office in Montreal. He moved to Toronto around the turn of the century, and died of tuberculosis at the relatively young age of 52. Oxley’s writing career began with legal publications, and he also published a variety of current affairs and general interest articles intended for a popular audience. His early work appeared in many Canadian and American periodicals and newspapers - from the Canadian Methodist Magazine, to Our Youth (New York) - for which he records payments of between $10 and $75 per article. His first commercial breakthrough came in May 1887 when he was paid $150 by Scribner’s Magazine for a piece entitled “An Ocean Graveyard.” In his notes beside this entry, he records a long series of Canadian, American, and British publications in which his article was noticed or reviewed, beginning with the Ottawa Journal and ending with “and others too numerous to note, particularly Literary World (London, G.B.)”. In May 1889 his first full-length book for boys, Bert Lloyd’s Boyhood, was published by the American Baptist Publication Society in Philadelphia, for which he was paid $175. Again Oxley meticulously records a long list of periodicals in which his book was reviewed. The entry also has a note, added later in a different ink: “Republished by Hodder & Stoughton, London, G.B. in October 1892, £20 being paid me for the right to do so.” 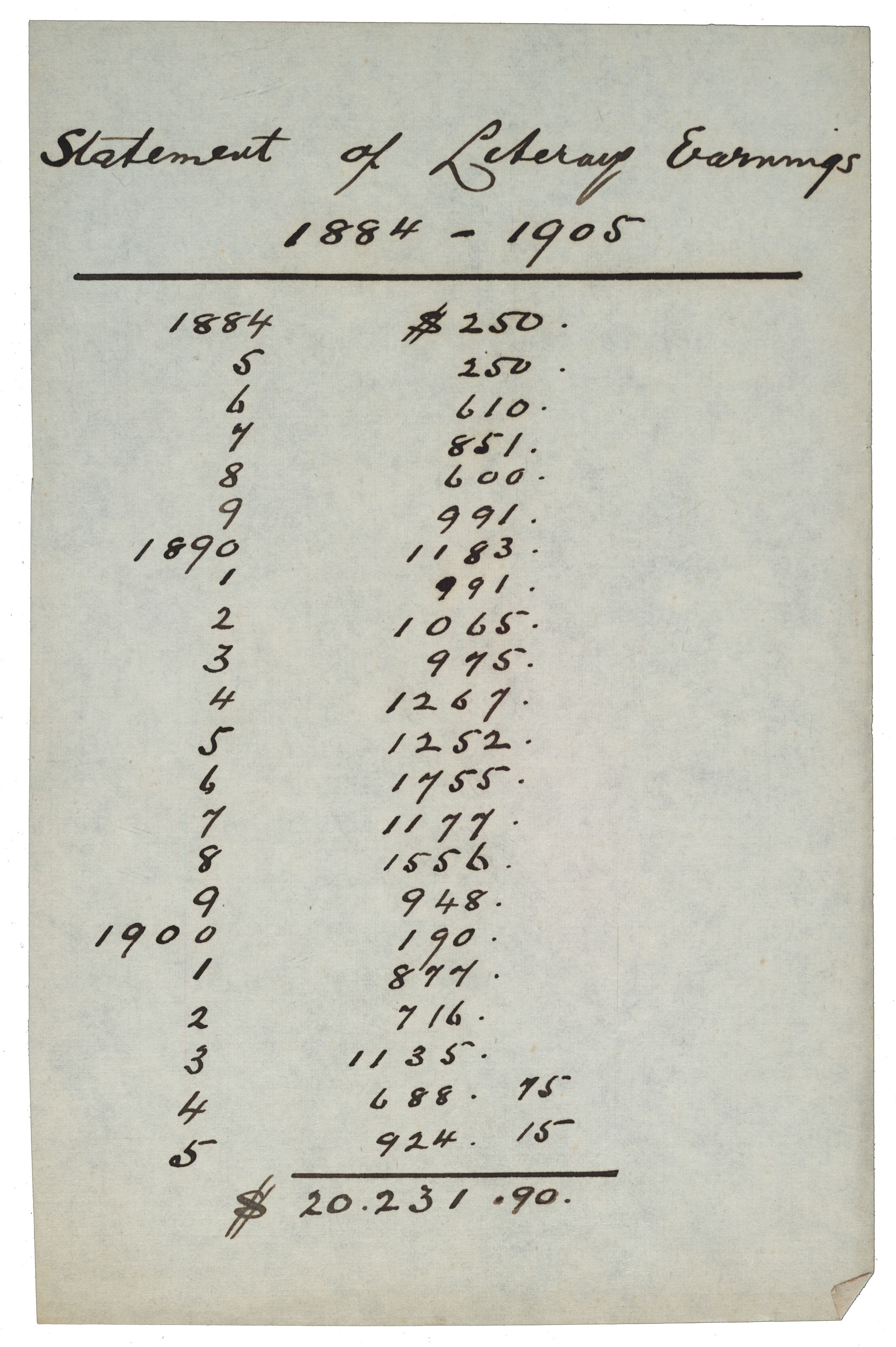 The entries for 1889 continue with Oxley’s first serial story, “The Chore-Boy of Camp Kippewa,” which was published in Our Youth from 14 September through 30 November. The same year also saw the serialization in the American periodical Santa Claus of “The Wreckers of Sable Island,” noted by Oxley as “The initial serial of a new periodical – a unique honor for a Canadian writer.” June 1892 saw the publication of Oxley’s first serial in an English periodical, the Religious Tract Society’s Boy's Own Paper, which began publication in 1879 and continued for almost a century, dominating the adolescent market and bringing Oxley’s work to the attention of a huge audience in Great Britain. According to his own “Statement of Literary Earnings 1884-1905” laid into the notebook, Oxley’s income as an author totaled $20,231.90. 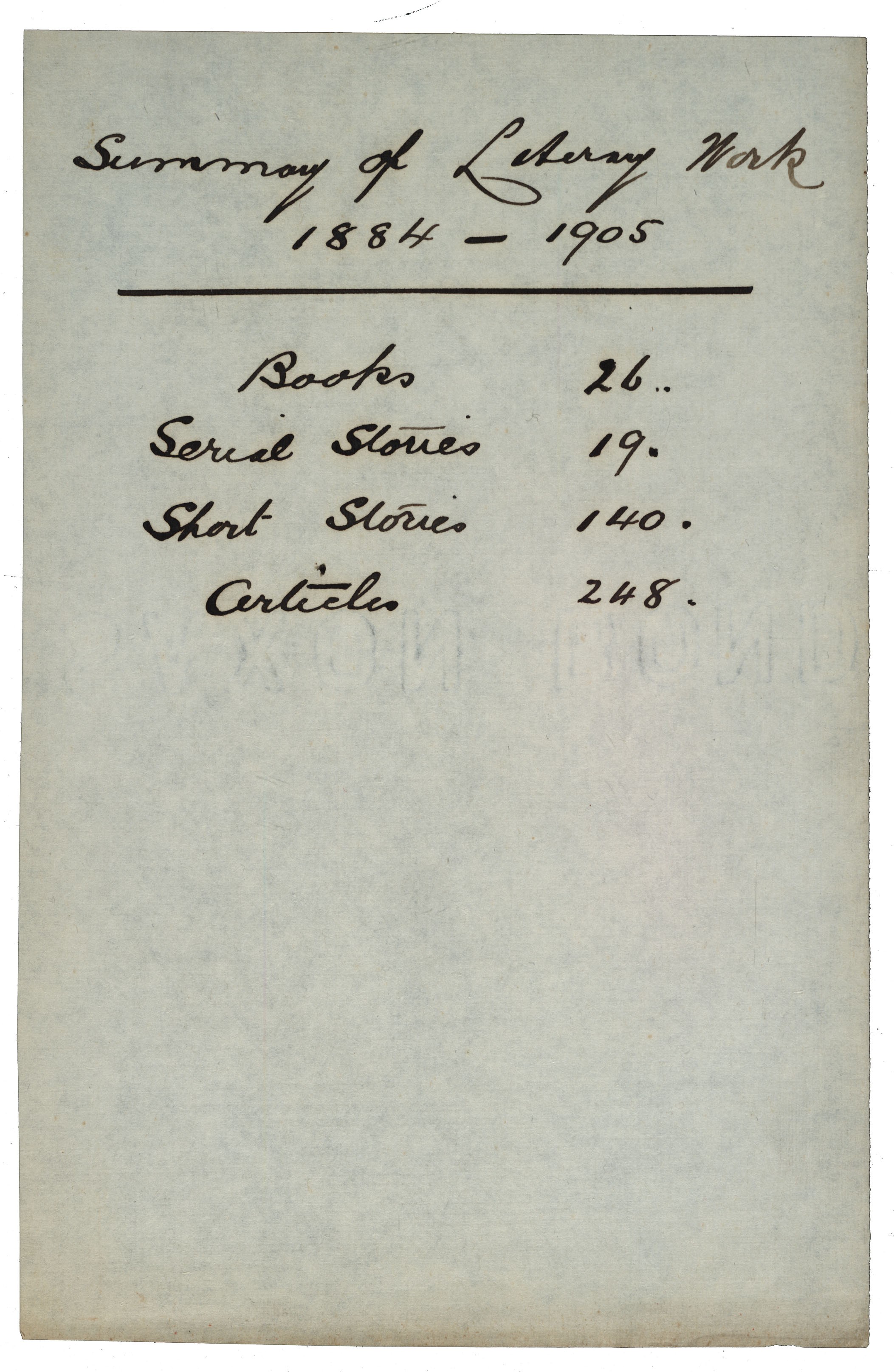 Oxley’s notebook gives us an unusually comprehensive look at an extraordinary publishing career. It is apparent that even a successful Canadian author at the turn of the century, publishing with a variety of Canadian, American, and British publishers, would have difficulty surviving on literary income alone. Oxley’s notebook illuminates the network of connections between publishers, reviewers and readers, giving us a snapshot of both distribution and audience reception at the turn of the twentieth century.

The notebook came to the Thomas Fisher Rare Book Library in 2006 as a donation from Oxley's grand-daughter. Upon examination, it proved to be a treasure trove of information about the business of publishing and reviewing around the turn of the century, which would be almost impossible to compile in any other way. It is a wonderful example of the way in which archival resources can elucidate the study of book history and print culture.