Margaret Atwood, Dennis Lee and the Survival of Canadian Literature

“Your job is not to show that there are victims victims everywhere (though there are goddammit); but, at times at least, to show that where positive achievement is possible in Canadian writing, it is most likely to be that of survival ...That seems to fade from the picture a bit...which makes things somewhat bleaker than they need to be.”
[Note from Dennis Lee to “Peg” (Margaret Atwood), undated, re Survival.] 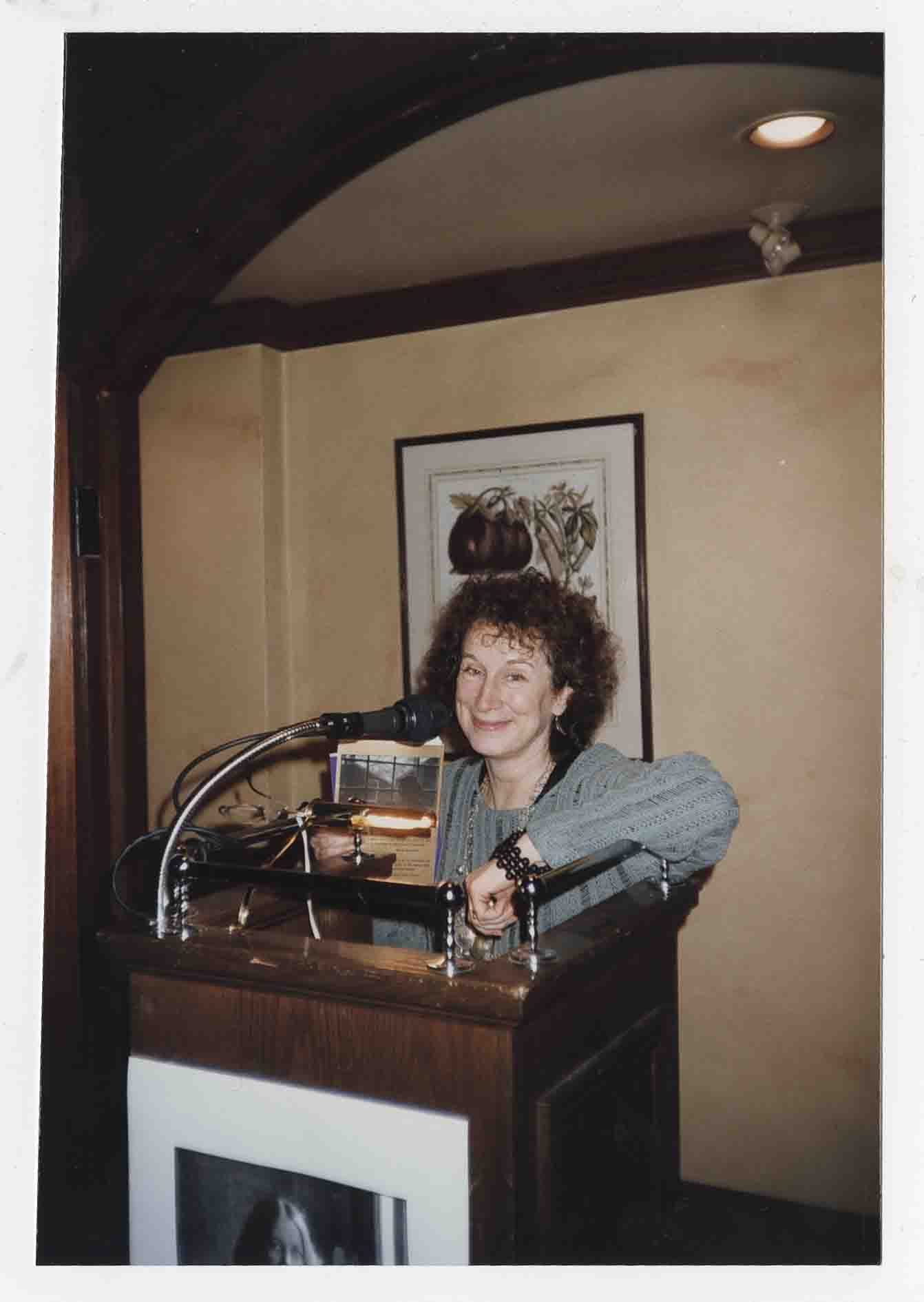 In the revised (October 2003) introduction to her seminal, critical examination of Canadian literature – Survival: A Thematic Guide to Canadian Literature – Margaret Atwood mythicizes the moment at which the concept of “a VD of Canadian Literature” was born, and the moments thereafter, during which time (four or five months) the work would grow and be given “shape and direction” by Dennis Lee, who was at that time editor-in-chief at House of Anansi Press in Toronto. 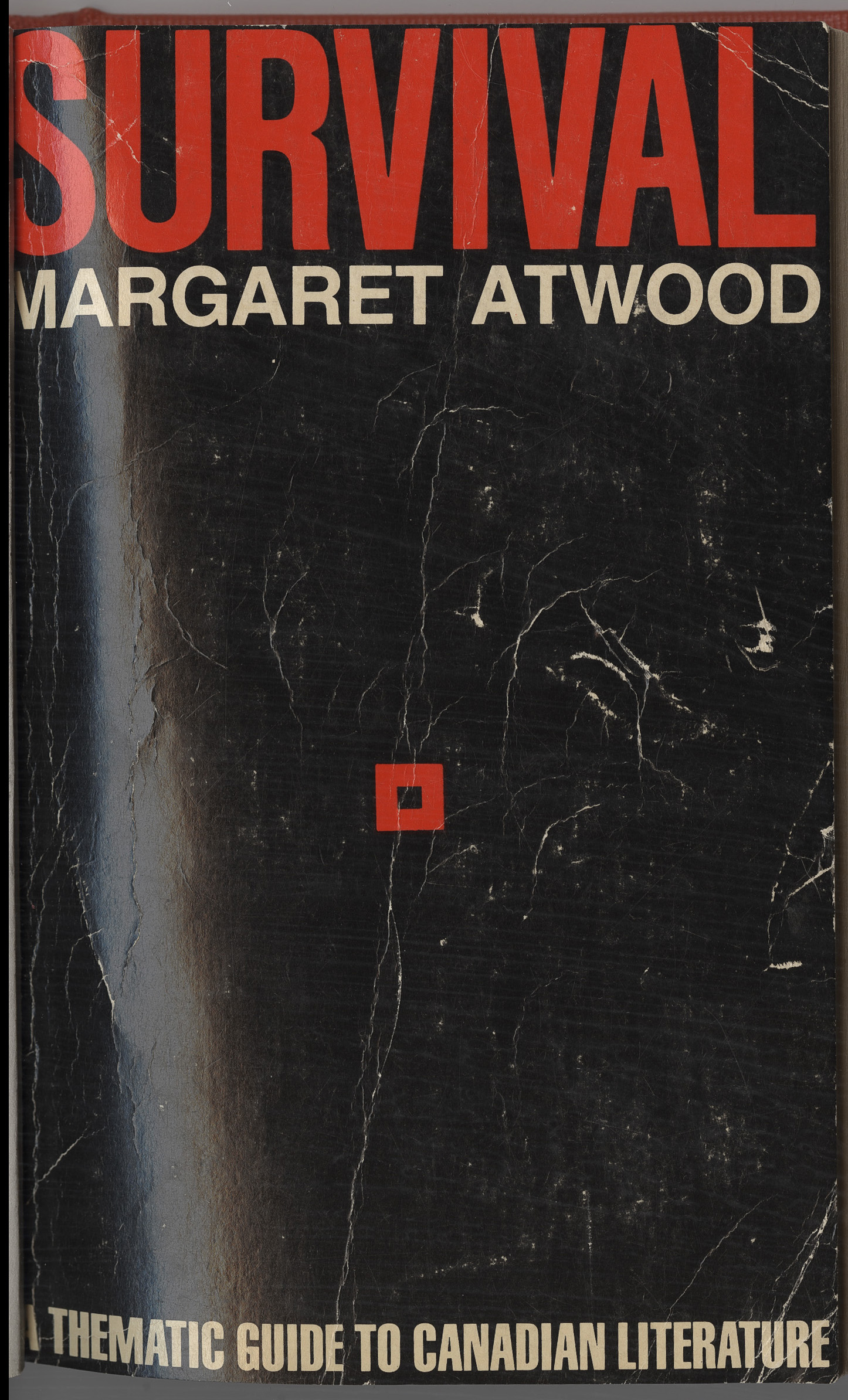 Following a fire on the morning of 3 March 1971 which resulted in the destruction of a large percentage of inventory due to water damage, Anansi found itself in a difficult financial situation; the loss merely accentuated the pressures the struggling publisher had experienced since its inception. Months later, the Press, with the help of then-board member Margaret Atwood, would prepare and publish Survival, the sales from which would go on to save the publishing house and invigorate a maelstrom of discussion surrounding the emergence of a national literature, now more casually referred to and recognized as CanLit. The project, aptly titled “Survival” (given Anansi’s financial state), would become the harbinger of things to come not only for the future of Anansi and Atwood, but for the perpetuation of the “Where is here?” CanLit hash-about which has continued into the present. 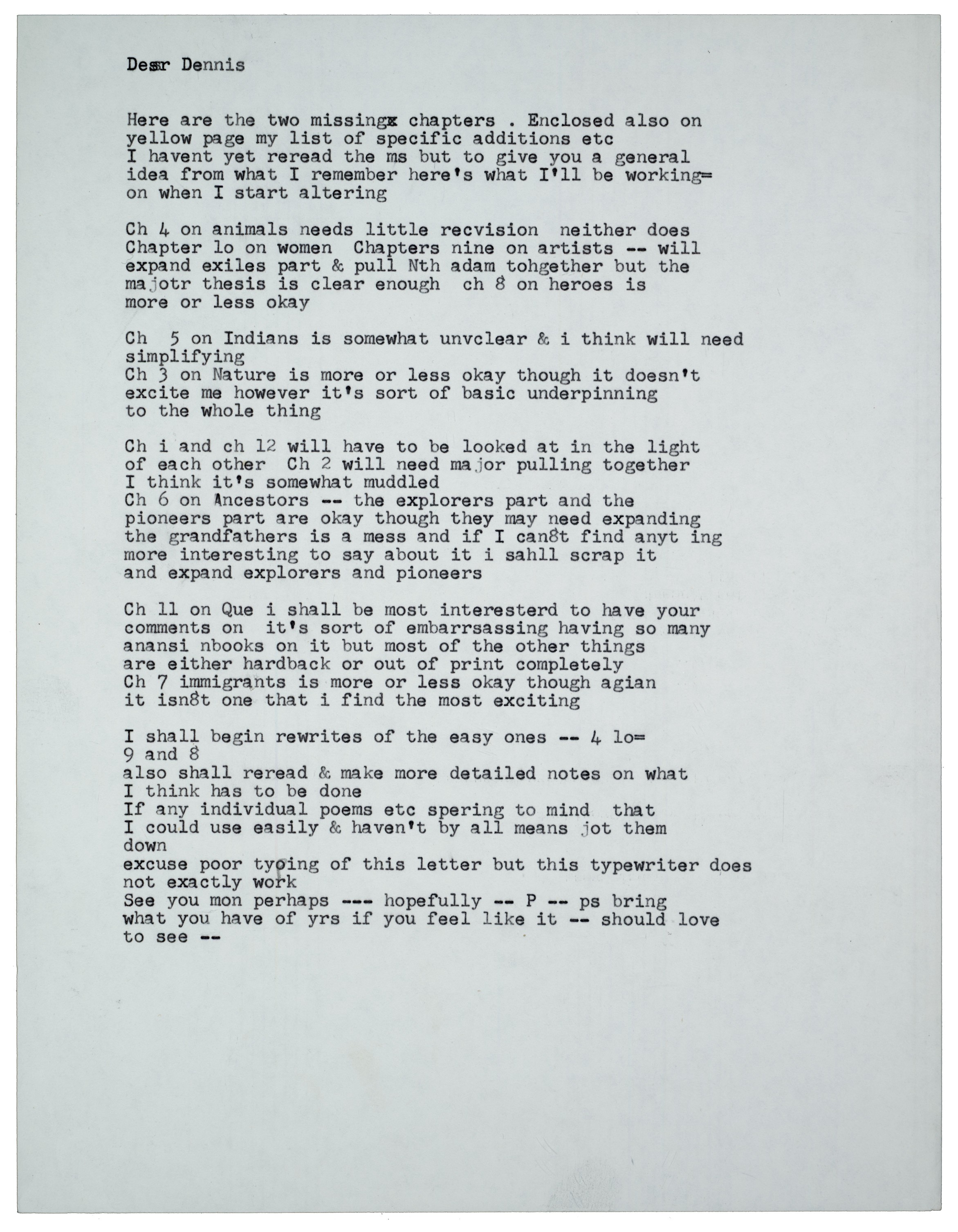 Mathews has identified to be the “inordinate emphasis in the book on Anansi Press writers,” a trend recognised by Atwood in editorial correspondence with Lee: “it’s sort of embarrassing having so many anansi books on it but most of the other things are either hardback or out of print completely” (letter from Atwood to Lee, undated). Mathews, in his scathing review of Survival in This Magazine Is About Schools – a copy of which Atwood has included in the Survival archival materials – extends his criticism of Atwood’s lack of breadth to the “at best partial” treatment of “the victor/victim model” which he calls “too simple, too black and white,” and “[t]he view of Canada/Canadians as loser” which he criticizes as being “destructively over-emphasized.” Atwood responded to Mathews in a subsequent issue of the same publication.

Mathews was by no means the first to take umbrage with Atwood’s particular focus on “the negative aspects of the Canadian imagination.” Lee’s editorial notes of the drafts reveal an attempt to pre-empt such arguments and criticisms, evident in his consistent stress on the need to highlight the “fairly coherent, firm, forward-looking centre of radiation” (Lee’s notes on Preface, undated) inherent to the guidebook’s theme of survival. “You seem to come down a leetle [sic] heavy on the unrelieved blackness of vision here” (note from Lee to “Peg,” undated), Lee writes at one point. 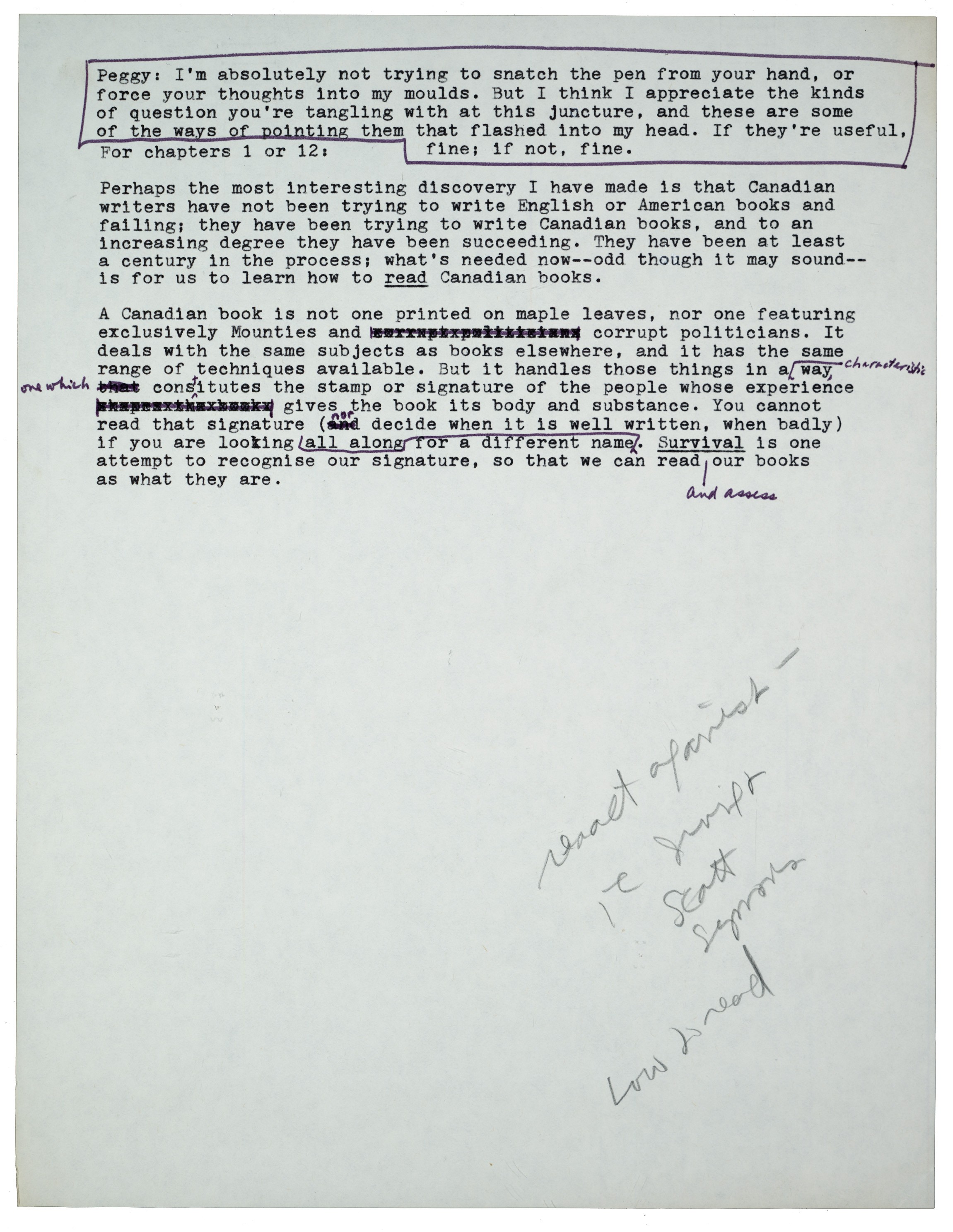 While Lee asserts he is “not trying to snatch the pen from your hand” (Lee’s notes on Chapter Two, undated), given his personal interest and investment in the publishing house and “CanLit” more broadly, one cannot help but read into these comments his desire to contribute to and shape Atwood’s message. As the editorial notation quoted as epigraph attests, Lee’s position as editor seems to have been to counteract Atwood’s propensity to antithetically search out victims in survival/Survival with an investment in the eponymous – and considerably more hopeful – CanLit survivors. While Atwood acknowledges this tendency over twenty years later, characterizing Survival’s content as “not a bundle of uplifting Pollyanna cheer,” she also points out: “I wouldn’t write Survival today, because I wouldn’t need to,” perhaps proving that, after the discussions and the criticisms, the hashings and the rehashings, the original conceit of Survival has indeed survived its own reception. As Roy MacSkimming notes: “Expected to sell 4,000 copies at most, enough to underwrite a few Anansi poetry titles or a first novel, Survival has been in demand ever since [publication]; by 2002 it had sold over 150,000 copies. Survival’s significance lay not just in its content but in its political impact.”