Long before radio and television brought entertainment into Canadian homes, E. Pauline Johnson (Tekahionwake) toured the country giving dramatic literary readings before packed halls in cities and in villages. A powerful performer, who both delighted and challenged her audiences, Johnson was very much in demand. She issued two modest volumes of poetry and regularly published in a range of periodicals, but these ephemeral publications paid very little. While Johnson was unable to attract serious interest from a book publisher at home or abroad, regular performance tours allowed her to earn a living. It was during the final year of her life that her friends undertook a unique enterprise which turned Johnson into a best-selling author and ensured her place in Canadian literary history.

For a period of time early in the twentieth century, Emily Pauline Johnson (1861-1913) was Canada's best known stage performer, billed as "The Mohawk Poetess," the "Indian Poet-Reciter," or under her own Mohawk name: Tekahionwake. She was a popular prose author, writing for a 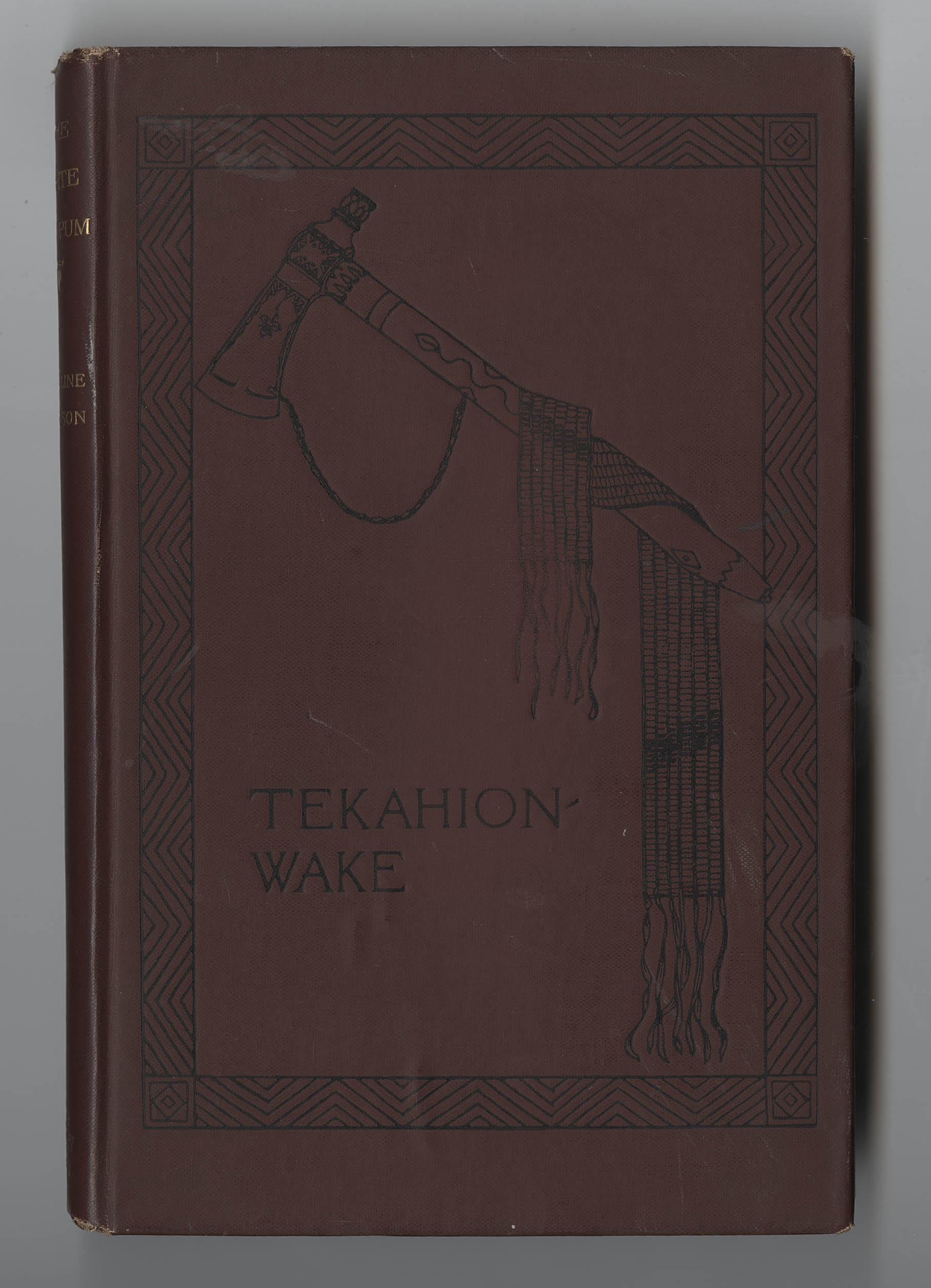 wide range of periodicals, but Johnson is probably best known for her poetry, which has been memorized by generations of Canadian school children. It may appear as if Johnson was more successful than many other Aboriginal authors at attracting publishers, but her story isn't that simple. Johnson had published two modest volumes of poetry during the course of her career: The White Wampum (John Lane, London, 1895) and Canadian Born (George N. Morang, Toronto, 1903). The critical success of the first book made a small splash in literary London, but Canadian critics were disappointed by the inferior poetry in the second. Aside from their critical reception, these titles had a limited impact because only a few hundred copies of each title were ever printed. Johnson’s 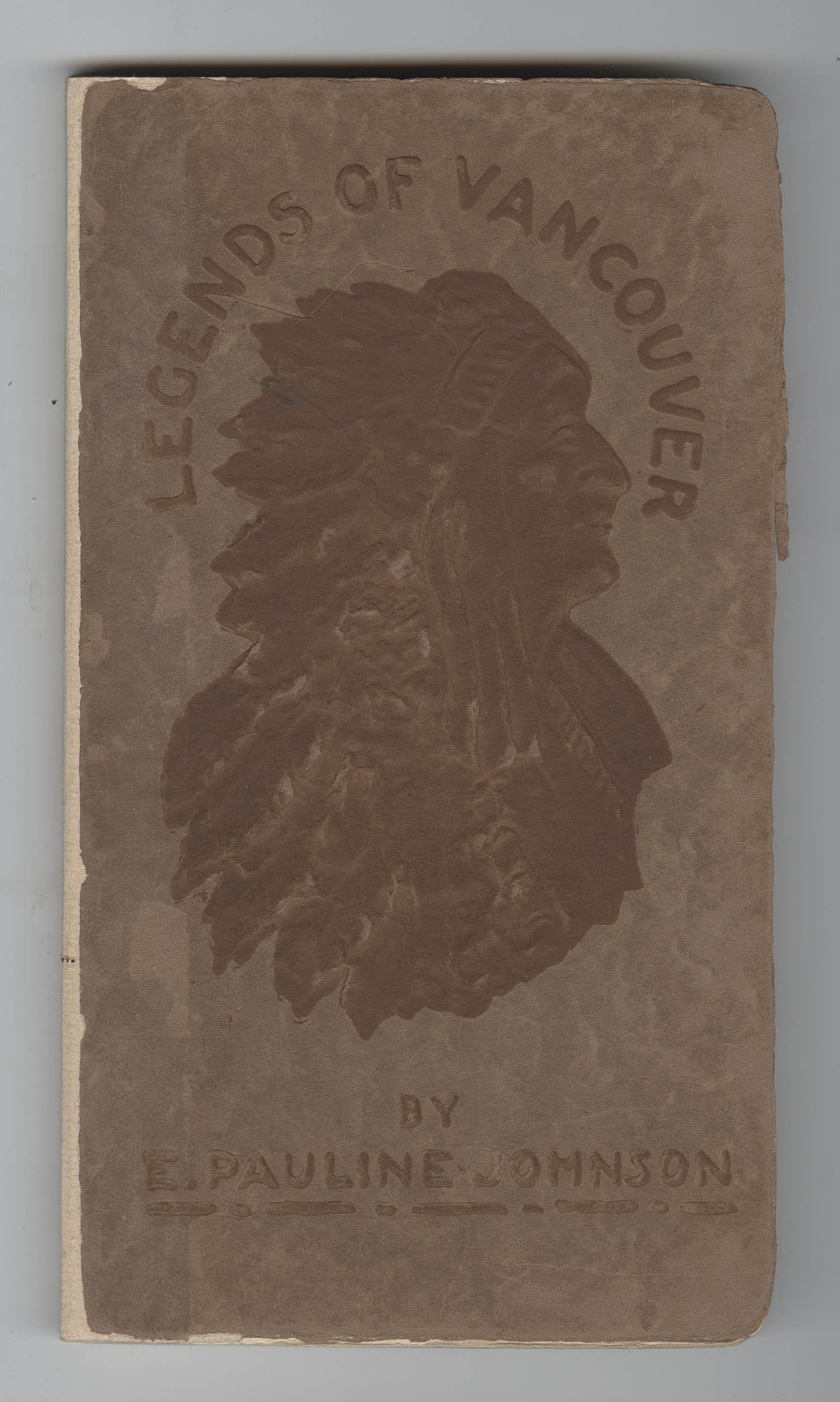 status changed in the final eighteen months of her life when an unconventional publishing enterprise made an instant best-seller of Legends of Vancouver in December 1911; this success led to the publication of her other major monographs: Flint and Feather (Musson, 1912), Moccasin Maker (Briggs, 1913), and The Shagganappi (Briggs, 1913). 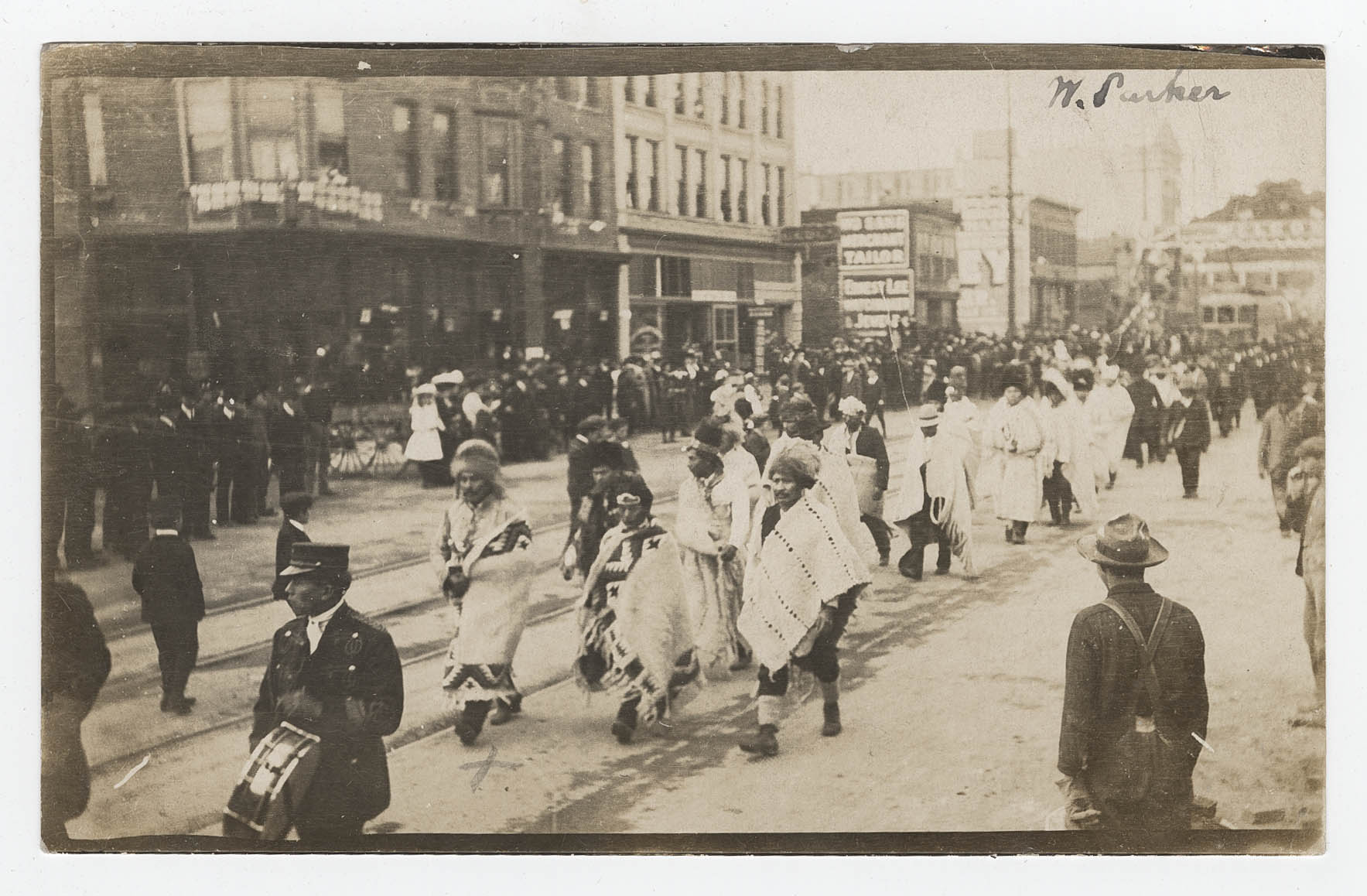 nineteenth century. The book is a record of the ancient legends of one of the many Native groups who had settled the region by 500 B.C. Johnson recorded the Squamish legends, as told by her dear friends Chief Joe Capilano (Su-à-pu-luck) his wife Mary Agnes (Líxwelut), and their son Matthias, over many years, and she had published many of them in Mother’s Magazine or in the Daily Province Magazine.

In the autumn of 1911, Johnson was dying of breast cancer. As her health deteriorated, it became increasingly more difficult for Johnson to pay for her care and treatment. Vancouver journalist Isabel MacLean rallied Johnson's friends and colleagues, including several members of the Vancouver Women's Press Club and the Women's Canadian Club, as well as Lionel Makovski and Bernard McEvoy from the Daily Province newspaper, and the son of the former prime minister, lawyer C.H. Tupper. MacLean convinced members of this group to establish the Pauline Johnson Trust in order to provide much needed income for their ailing friend by publishing a selection of Johnson's Squamish legends in book form. 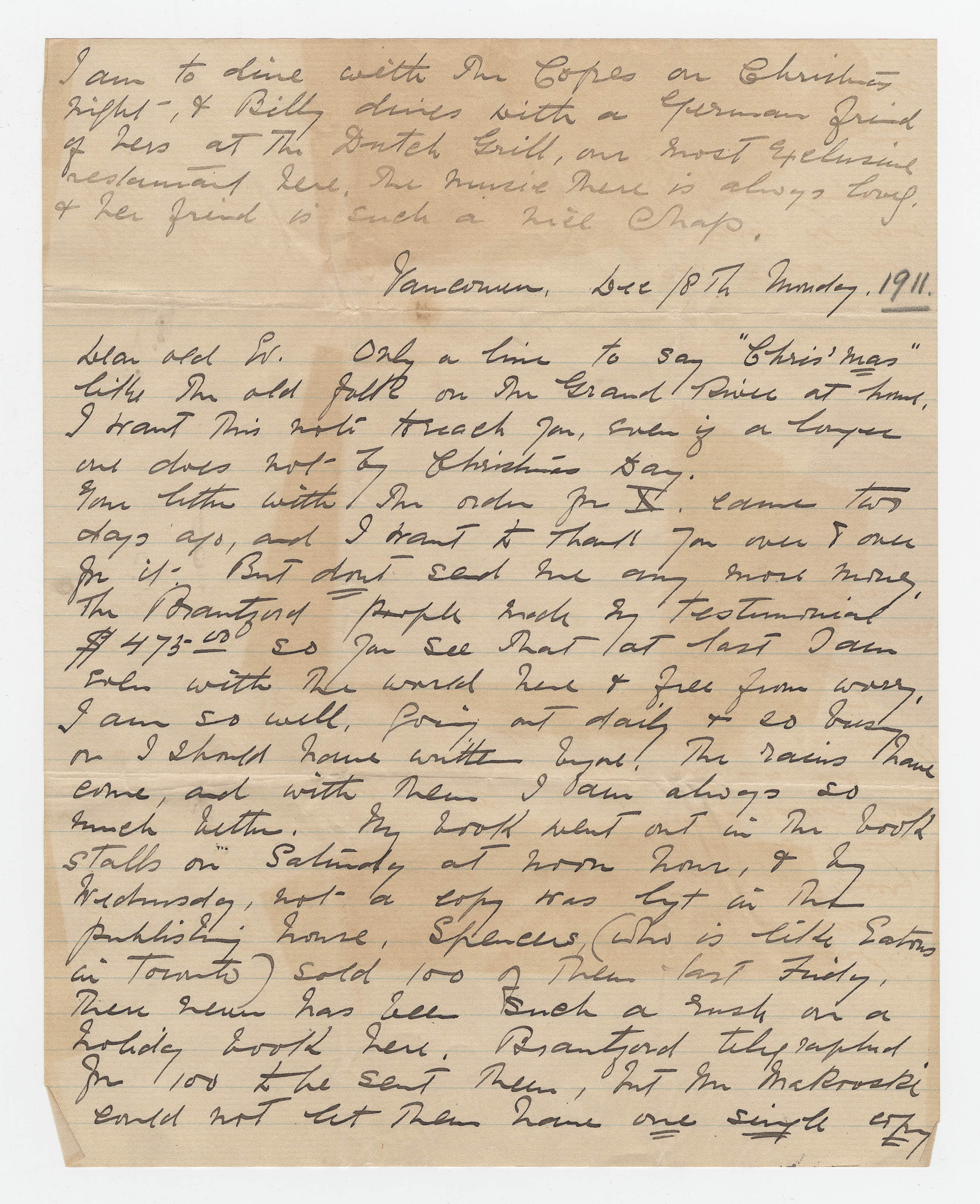 In a letter addressed to her sister Evelyn on 8 December 1911, Johnson delightedly reports that the first edition sold out so rapidly that orders from booksellers outside the city of Vancouver could not be filled and that she is exhausted from autographing copies “day in & day out.” Johnson's former partner and sometime business manager, Walter McRaye, was dissatisfied when the entire “second edition” of 1,000 copies was purchased by Vancouver book dealer Geo. S. Forsyth on the condition that the Trust would not publish a new edition until Forsyth’s copies had sold out. This left several hundred books sitting on shelves in Vancouver bookstores. McRaye believed that a new edition could be sold at twice the price, if autographed copies were distributed beyond the city of Vancouver. McRaye acted quickly, buying up all remaining copies, which were then signed by Johnson and sold via mail order and by word of mouth for $2 each. 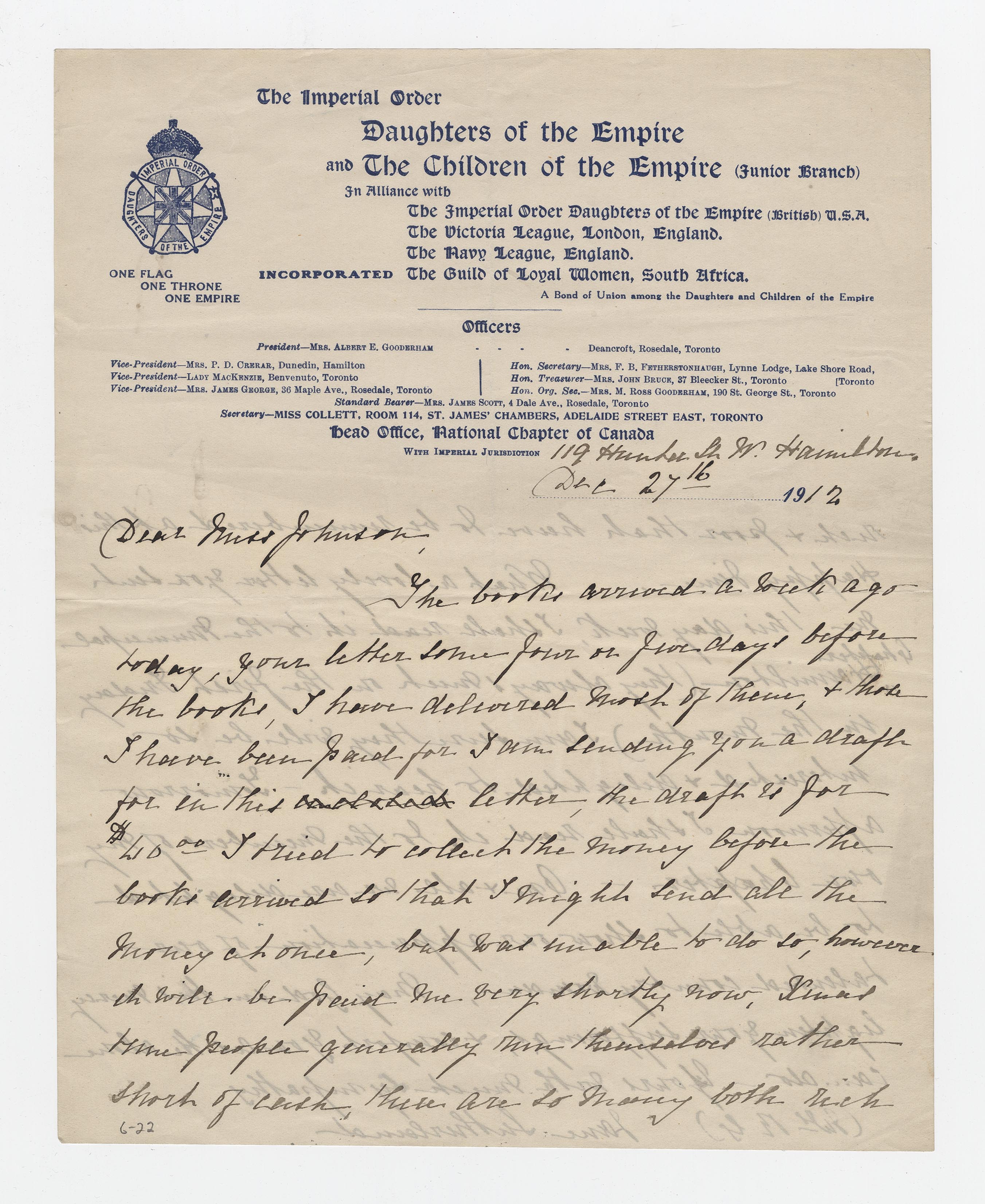 This was just the beginning. A great many letters in the Pauline Johnson fonds at the McMaster University Library make it clear that several subsequent editions were sold, at least in part, by mail order through appeals made in newspapers and personally by McRaye and the members of the Pauline Johnson Trust. These efforts were supported by the volunteer efforts of women’s groups across Canada. McRaye refers to the project as a labour of love, reporting that "[h]ardly anyone in Canada to whom [he] appealed failed to own and possess the author's signed copy of the book. The letters accompanying the small cheque of two dollars each [were] a revelation to the poet. All of these expressed the honour it gave the purchaser to show their appreciation of her great work for Canada."

In a period of eighteen months, the Pauline Johnson Trust issued Legends of Vancouver ten times in various formats, distributing more than 20,000 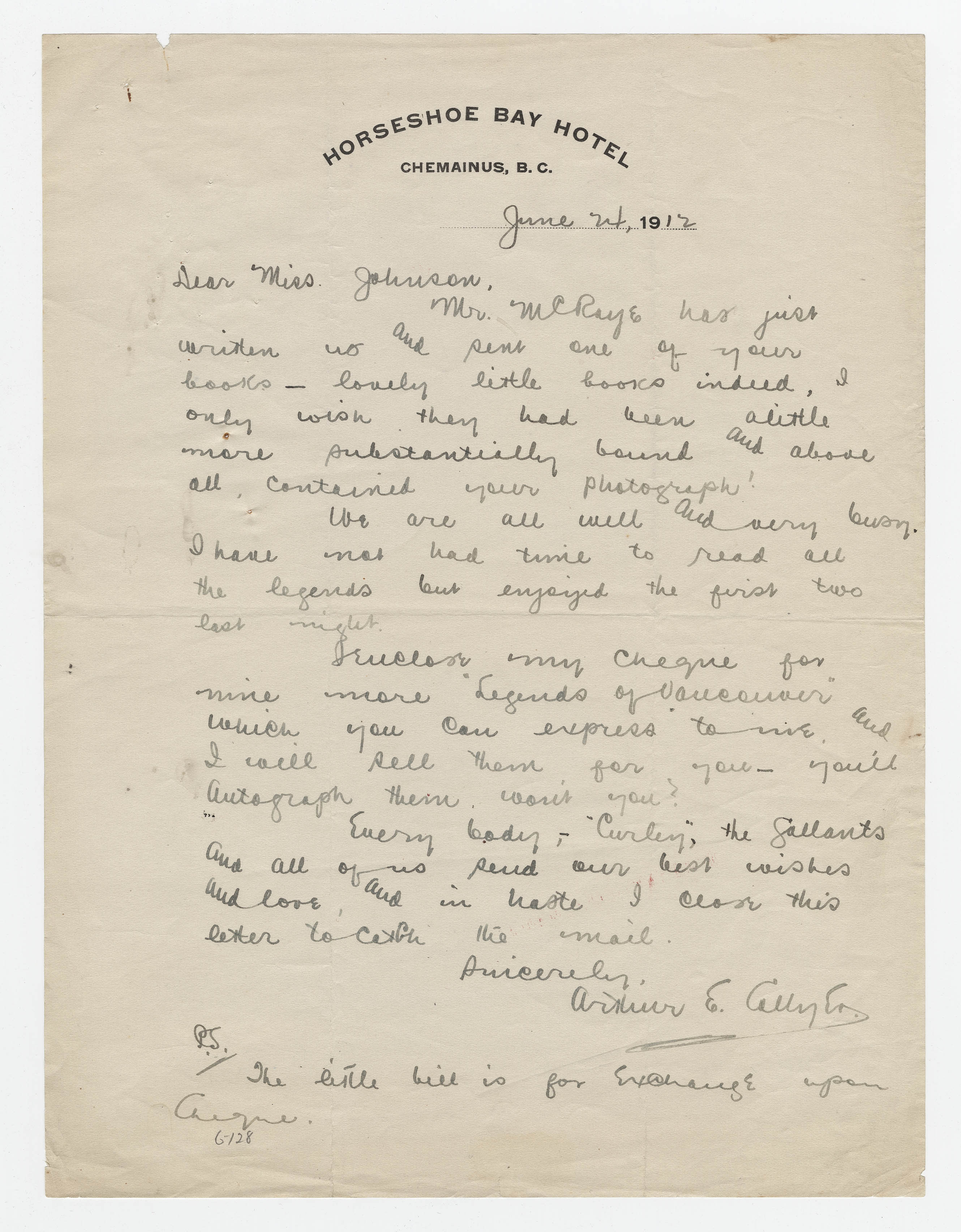 copies without the resources of a publishing house. In the year following Johnson's death, Lionel Makovski, acting on behalf of the Trust, made arrangements with McClelland, Goodchild & Stewart to take over the title. It has rarely been out of print since. In the relatively short history of print publication in Canada, Pauline Johnson was one of the earliest authors from among the First Nations to make her mark. She did so at a time when books that were Canadian-made for distribution in Canada were rarely expected to sell more than a few hundred copies, and when Canadian publishers functioned primarily as distributors for British and American reprints. The Pauline Johnson Trust not only sold a remarkable number of books, in doing so they attracted publishers for her other monographs and secured for her an enduring place in Canadian literary history.

Gerson, Carole and Veronica Strong-Boag. Paddling Her Own Canoe: The Times and Texts of E. Pauline Johnson Tekahionwake. Toronto: University of Toronto Press, 2000.