William Kirby (1817-1906) was an author of both poetry and prose. He was also the editor of the Niagara Mail newspaper, in what is now Niagara-on-the-Lake, and later a public servant. Born in England, in 1832 he immigrated with his parents to Canada, where he would spend the rest of his life. His most widely known novel, The Golden Dog, took fifteen years to write, was 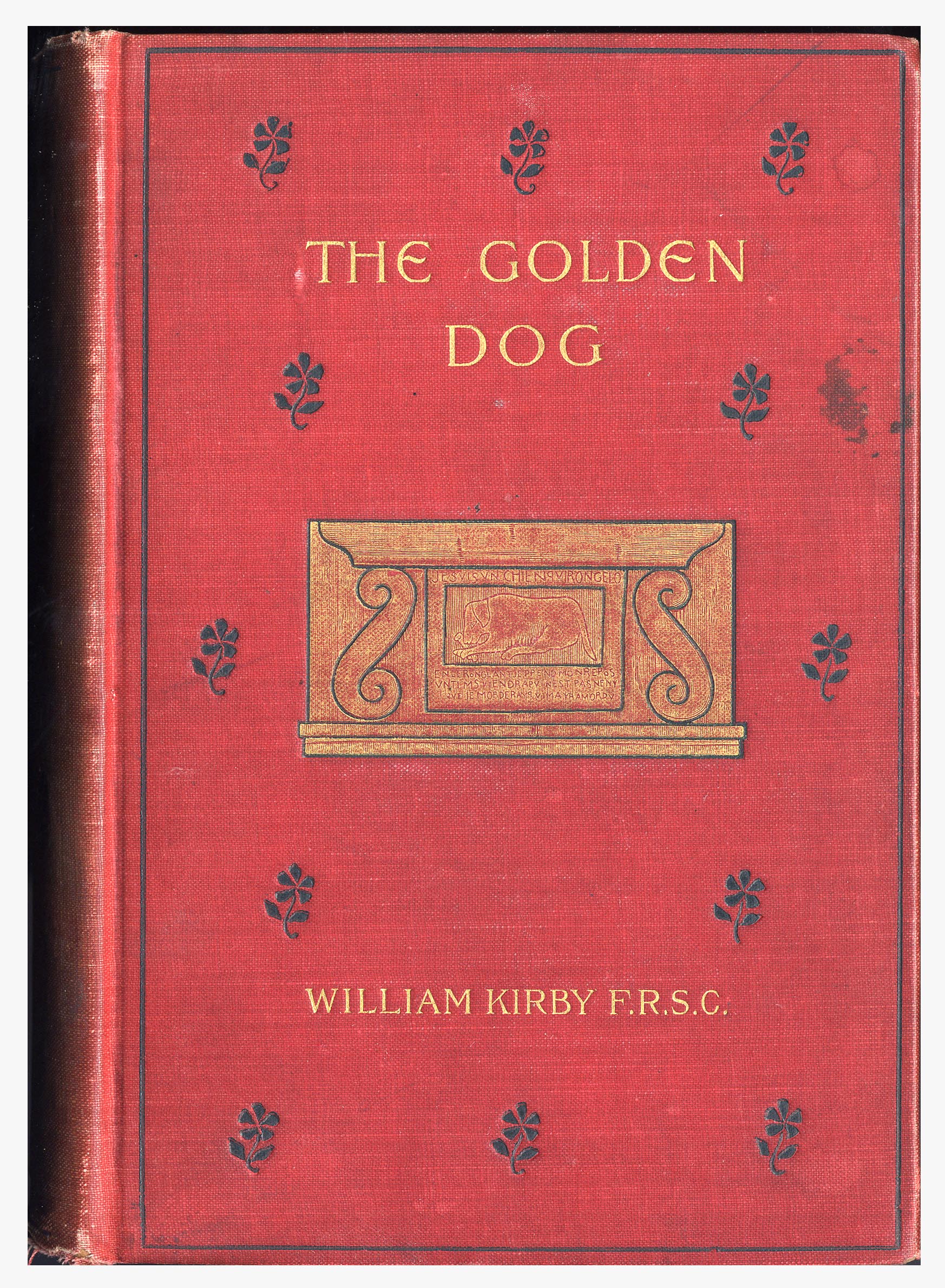 completed in 1873, and was first published in 1877 by Lovell, Adam, Wesson and Company of New York and Montreal. It was inspired by two stories from Quebec author J.M. LeMoine’s collection, Maple Leaves: “Le Chien d’or” and “Château Bigot.” Despite a 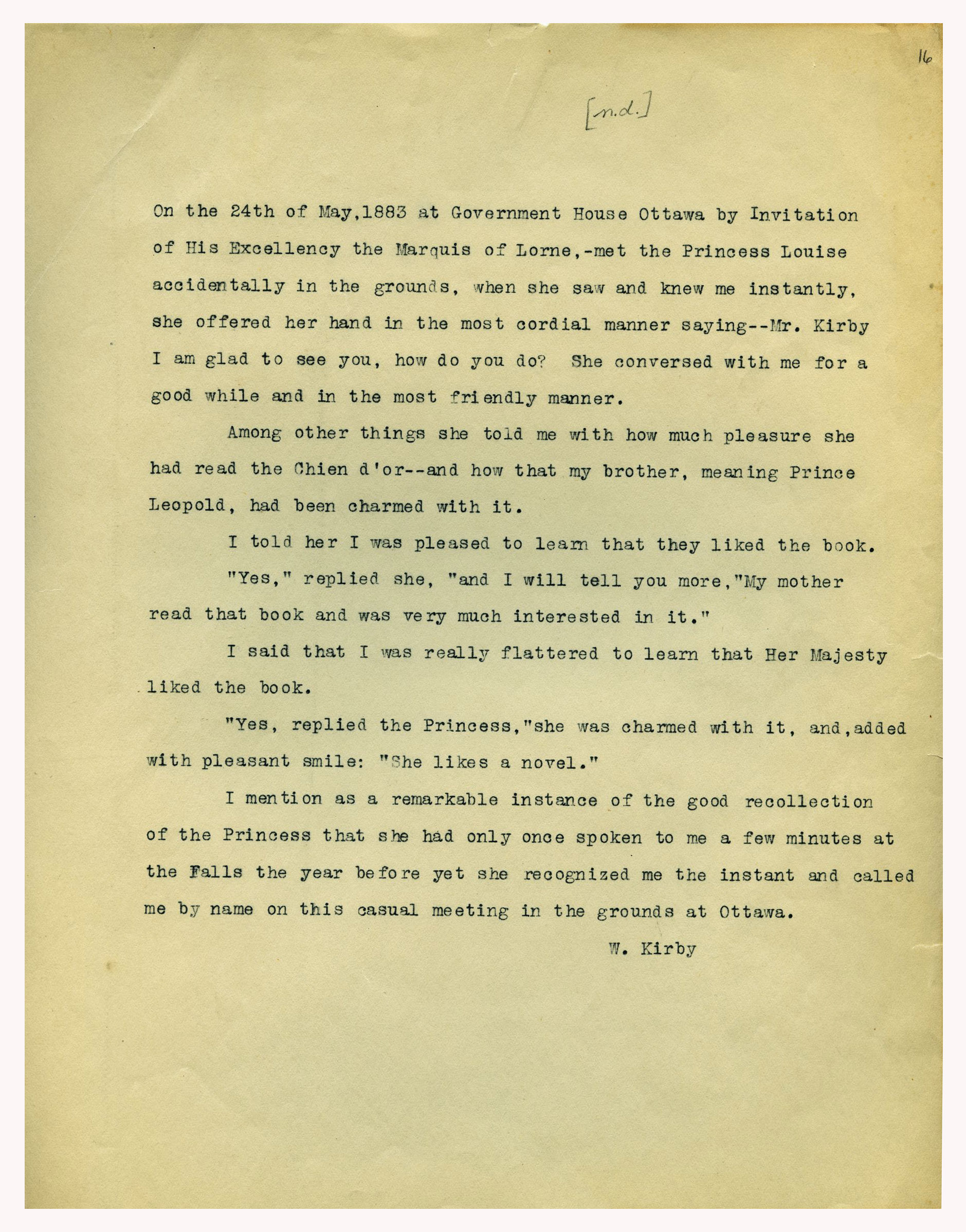 number of typographical errors in the first edition, The Golden Dog was very well received and earned compliments from Alfred Lord Tennyson. According to a conversation Kirby had with Princess Louise, Queen Victoria also enjoyed the novel.

However, Kirby lost the royalties to The Golden Dog because his publisher – either intentionally or in error – did not properly register the novel. Copyright laws of the time required that Canadian residents register and publish their books first in Canada in order to secure copyright protection. In what George L. Parker has called a “curious and sad twist of fate,” Lovell, Adam, Wesson and Company neglected to register The Golden Dog in Canada, which opened the door for other publishers to issue the book without acknowledging Kirby’s rights. When Lovell, Adam, Wesson encountered financial difficulties, the plates for The Golden Dog were put on the market, the book was re-issued in 1878 by New York publisher Richard Worthington, and it became impossible for Kirby to collect any royalties whatsoever. In 1885, Kirby was finally able to secure some rights by copyrighting a French translation of the book by Pamphile Le May (Le chien d’or : légende canadienne. Montreal: Imprimérie de L’Étendard. Mary Jane Edwards notes that although the title page is dated 1884, the book was issued in 1885). Pirated English versions of the novel became widely available, however, and this translation did not sell well.

Kirby’s trouble with publishers did not end with Lovell. In 1897, L.C. Page of Boston approached Kirby, offering to print an authorized edition. Kirby was 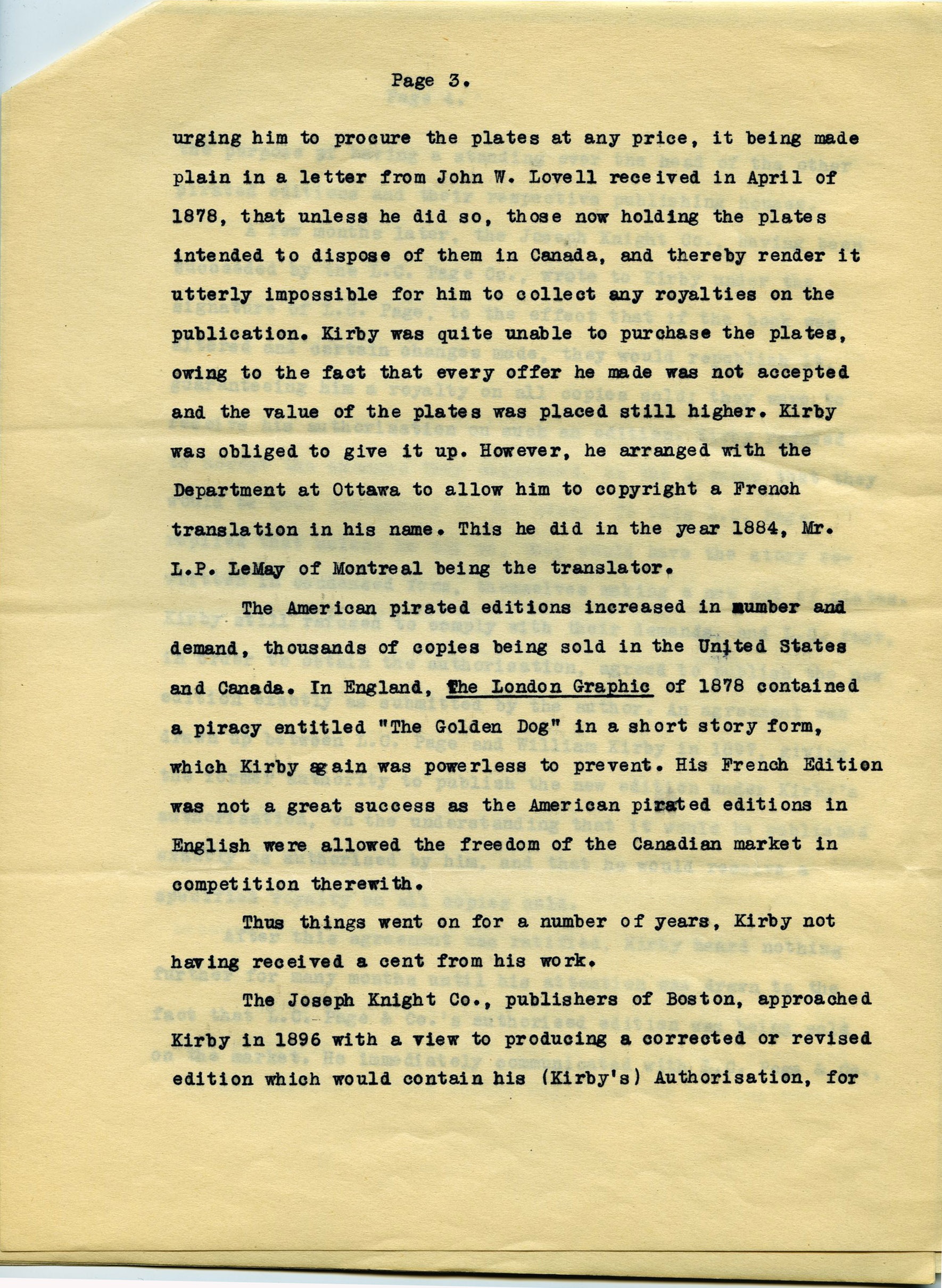 pleased with this arrangement until Page requested that he reduce the book’s size from its original 678 printed pages to 500. Unable to find a way to abridge the novel while remaining faithful to his work, Kirby refused. In spite of Kirby’s wish to the contrary, Page had the book condensed. In order to obtain authorization from Kirby, Page told Kirby that he would stay true to the original, and that the only changes would be the corrections that Kirby desired. Kirby did not discover this deception until two months after publication of this “authorized” edition, and even then the publisher was reluctant to pay the agreed-upon royalties. 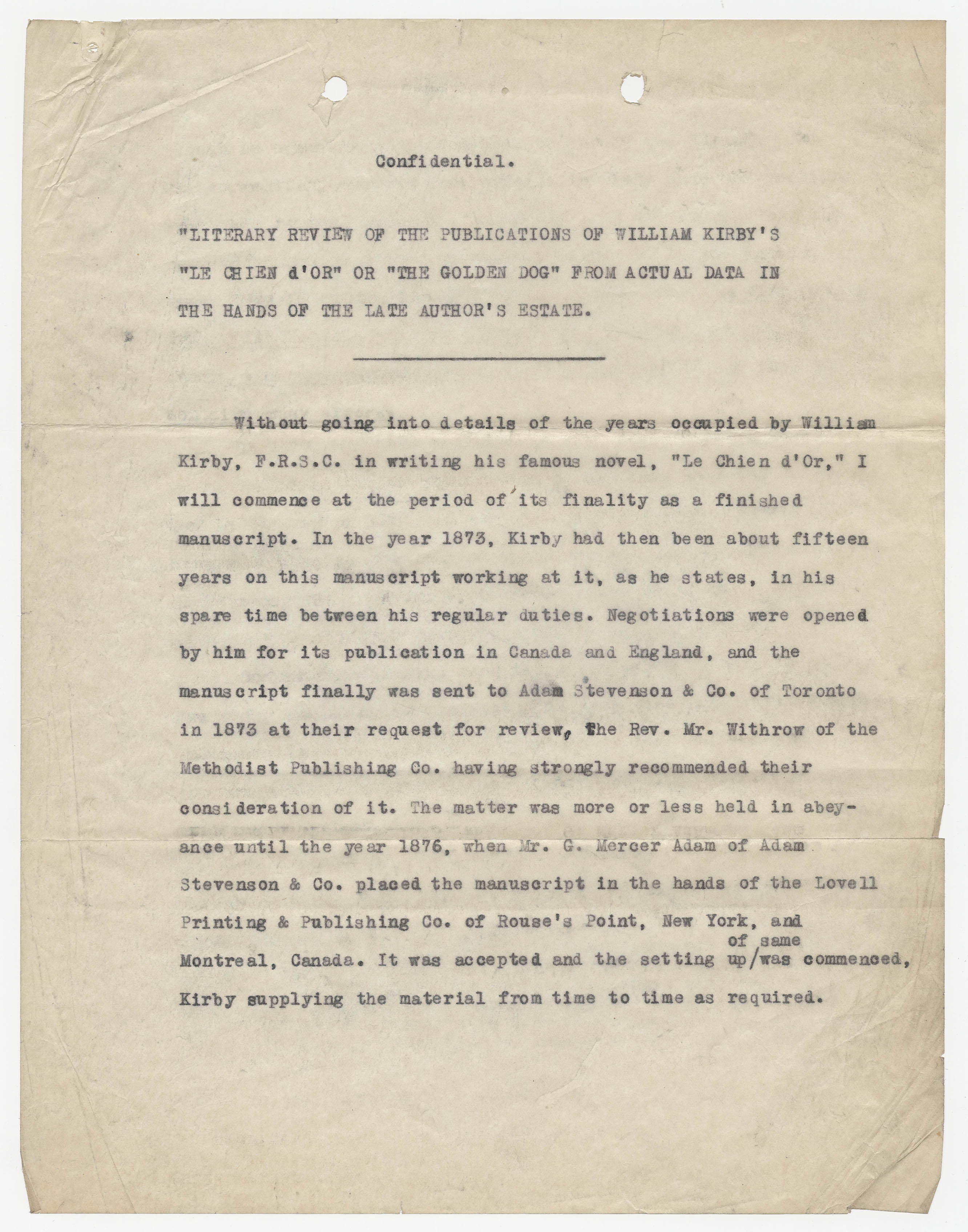 Kirby apparently earned less than $100 in royalties for the book during his lifetime (although later documents put the figure at $200), and only after persistent requests to Page for compensation. After Kirby’s death in 1906, the publisher ceased all payment, and Kirby’s descendants received nothing more. The Golden Dog went on to be published numerous times by firms such as Macmillan of Canada (1932), and in McClelland & Stewart's New Canadian Library Series (1969).

Parker, George. The Beginnings of the Book Trade in Canada. Toronto: University of Toronto Press, 1985. 190-2.