“Only by learning to love one another can our world be saved”: Dora Black Russell’s Work for Peace

Dora Russell (1894-1986) was much more than the second of Bertrand Russell’s series of four wives. A liberated young woman, with advanced views on women’s rights and an unconventional approach to sexuality, throughout her long life she worked tirelessly for the cause of greater human understanding and peace.

A brilliant student with an aptitude for languages, Dora Black learned German, Latin and Greek in her teens. She won a scholarship in modern languages to Girton College, Cambridge, commencing her studies in 1912. The young Dora’s goals are summed up in the subtitle of the first volume of her autobiography: “My Quest for Liberty and Love.” During her graduate studies at Girton College, Cambridge, she established an enduring friendship with C.K. Ogden. Later, she remembered him as a first-class editor who kept alive during the war “a rational international outlook” in his Cambridge Magazine. In the summer of 1919, she found love in the form of the mathematician and philosopher Bertrand Russell. Although she was eager to have children, she was reluctant to sacrifice her cherished liberty by agreeing to marriage. In 1920, when Russell decided to visit post-revolutionary Russia with a political group, instead of going with him, Dora decided to proceed there alone. She was deeply impressed; she saw, in the Bolshevik regime, “a vision of the making of a future civilization.” From this time onward she remained a staunch admirer and defender of Communist Russia and saw it as her mission to “contribute something to the making of peace between East and West.” She returned from Russia sooner than she would have liked in order to accompany Russell to China in August 1920. They returned to England the following summer, with Dora reluctantly agreeing to marriage in order to legitimize their first child, John, who was born in November 1921. 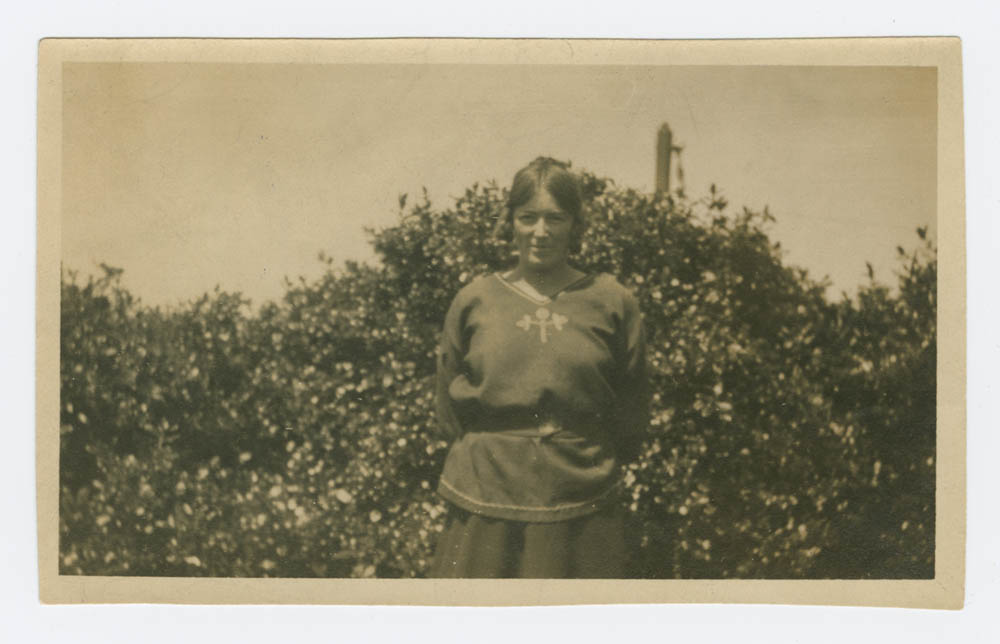 The next six years in London were “packed so full of social and political life that I now wonder how we had time and energy for it all.” Dora involved herself with work on a book on the evils of mechanization and in the fight for free access to birth control information. Also, in the summer of 1924 she ran, unsuccessfully, as a parliamentary candidate for the Labour Party. With no evident sense of irony, she dedicated her first book, Hypatia or Woman and Knowledge (1925), a polemic which argued against marriage and in favour of free access to contraception, to her second child, her daughter Kate, who had been born in December 1924. Tolerance of individual difference and sexual equality, Russell argued, were essential to world harmony, as was reform of education. She was particularly scornful of the education of boys, which, she argued, trained them to value the mind and despise the body. In 1927 she published The Right to Be Happy which focused on the proper way to nurture the human spirit and in the same year, in an effort to put her liberal – some might call radical – views into practice, Dora and Bertrand Russell established Beacon Hill School. Although the running of the school was to consume most of Dora’s attention for the next fifteen years, in 1929 she revisited Russia with her lover, Griffin Barry. In 1932 Bertrand Russell left the school and effectively ended the marriage; their divorce, which was against Dora’s wishes, was finalized three years later. In her book, In Defence of Children, which appeared the same year, Dora asserted that “children, like women and the proletariat, are an oppressed class.” The phrase reveals the interconnectedness between her ideas on education and her feminist and internationalist views.

Following the expropriation of the school building by the War Office in 1940, Dora moved the remaining students from Sussex to her house in Cornwall, but a shortage of staff forced her to close it for good in 1943. She found work in London as a writer and translator with The British Ally, an English language newspaper published by the British government in Moscow. Dora greatly enjoyed the work – her pro-Soviet sympathies and first-hand knowledge of the country were welcomed in a political context where Russia was an important ally against Hitler. When the paper ceased publication in 1950, she felt able to speak out publicly once again and involve herself with the causes to which she had remained close: feminism and world peace. As well as the Six Points Group and the Married Women’s Association, she was active with the Women’s International Democratic Federation and the Women’s International League for Peace and Freedom.

During the early 1950s Dora visited the Soviet Union once again and also attended the Vienna Peace Congress and the Commission on the Status of Women in the United States. She was an early supporter of the Campaign for Nuclear Disarmament (CND) formed in 1958. Later that year, at the age of 64, she launched the Women’s Caravan of Peace. With the Cold War at its height and minimal resources, she travelled with ten other women in a battered old bus for three months, driving through Eastern Europe and the Soviet Union. The women carried the message of international peace and the need for nuclear disarmament. Dora’s commitment to the greater good of humanity continued through a series of personal tragedies: she assumed the lifelong care of her eldest son when he began to suffer severe depression. No doubt inspired by his mother’s dedication to the cause of peace, Dora’s younger son, Roddy, resisted military service in the Korean War, choosing instead to work in a coal mine. An accident confined him to a wheelchair until his death at the age of fifty. Her beloved granddaughter, Lucy, in an act of protest against the Vietnam War, died by setting fire to herself. Still Dora Russell’s faith in humanity’s potential for redemption remained unshaken; in the final volume of her autobiography, completed in 1985, a year before her death, she continued to proclaim the need for love and understanding between individuals and between nations: “We do not want our world to perish …. Only by learning to love one another can our world be saved. Only love can conquer all.”

The Dora Russell fonds was split and Beacon Hill School materials were acquired by the International Institiute for Social History in Amsterdam.