In 1971, a Canadian history book debuted at the top of the Toronto Star’s bestseller list, displacing another that had been listed for much of the previous year. Both were written by the same author and issued by the same publisher, and each remained in the top ten for at least another year. The bestseller list, however, did not fully reflect the books’ success because it only counted hardcover sales in Canada, and excluded paperback, book club, and foreign editions. This case study examines facts related to royalties for the two books based on available evidence in the archives of the author and his publisher at the McMaster University Library. 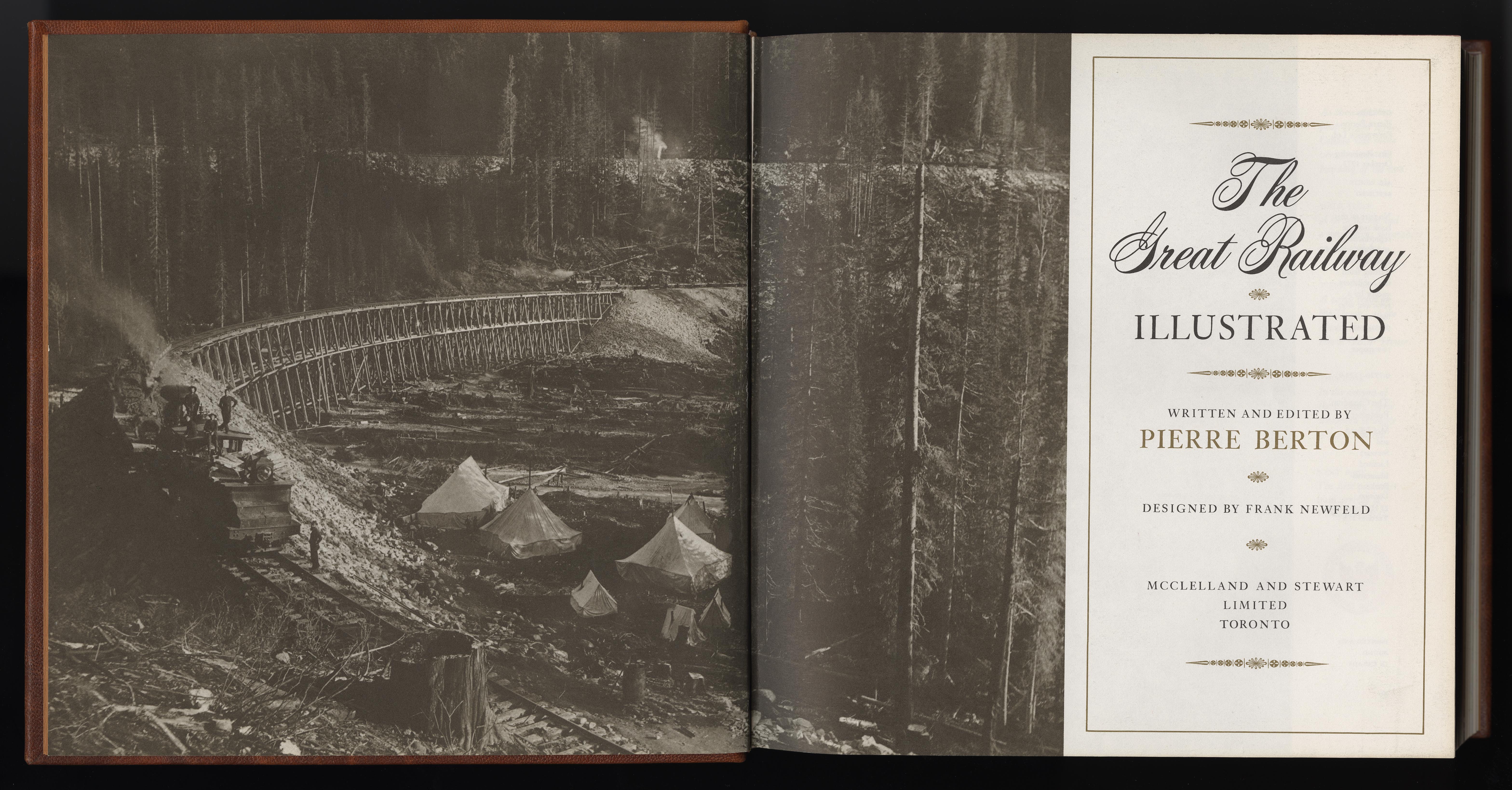 the Canadian Pacific Railway. These hardcover bestsellers – later dubbed the “railway books” – were extraordinary in several ways. Berton’s knack for storytelling and his lucid prose attracted many Canadians who did not normally read history books. What was even more remarkable was that the books were not cheap: they retailed for $10 each at a time when other bestsellers sold for less than $8, and the minimum wage in most provinces was less than $2 per hour. 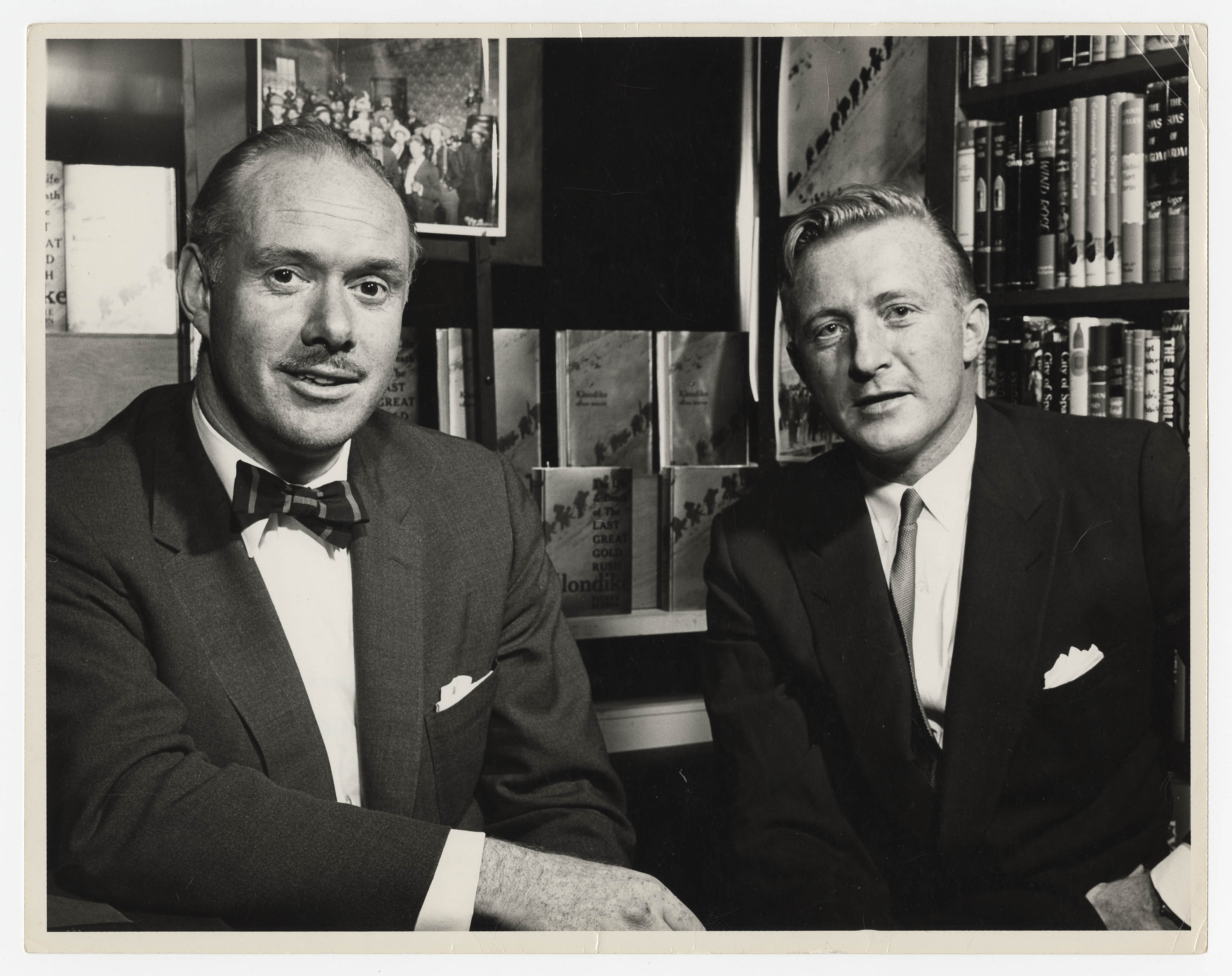 Pierre Berton, by then, was an award-winning journalist, author, and radio and television personality. Although he had written a well-received history – Klondike: The Life and Death of the Last Great Gold Rush – in 1958, Berton only began to be perceived as an historian at the age of fifty, after the publication of The National Dream, his eighteenth book. His previous bestsellers, including The Comfortable Pew (1965), The Smug Minority (1968), an earlier children’s work (The Secret World of Og, 1961), and even subsequent publications, paled in comparison to the impact Berton’s railway books had on the Canadian cultural landscape. Aside from achieving phenomenal sales, the books won a Governor General’s Award for the second volume, spawned a popular, eight-part television series that Berton narrated in 1974, and generated other publications, including one-volume abridgements that appeared in three forms: a glossy, illustrated version (1972), a hardcover U.S. edition (1972), and a paperback illustrated with stills from the television series (1974). These achievements resulted in cover stories and articles about Berton, his books, and the television series, and eventually led to Berton being proclaimed “Mr. Canada.” 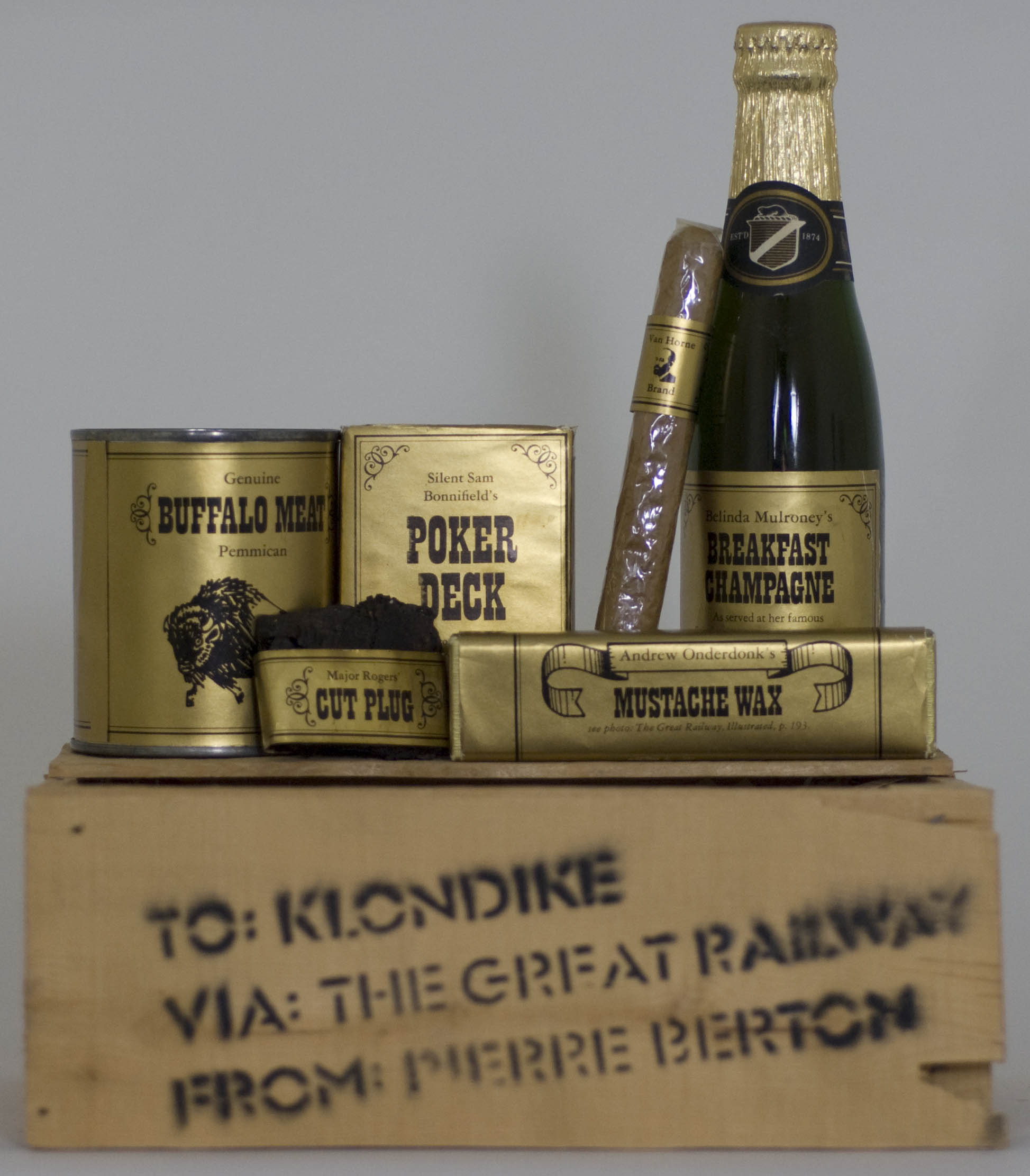 Berton’s publisher since 1954, and the company’s legendary promotional stunts undoubtedly contributed to increased awareness and sales of Berton’s numerous bestsellers. Hence, the success of the railway books was not entirely unexpected, but its extent could not have been predicted. The consistently outstanding sales of Berton’s books triggered speculation – and perhaps envy – among his media colleagues, and from historians whose publications never achieved bestseller status. They wondered how much Berton had actually earned from sales.

The financial records of Berton and M&S do not include a definitive accounting for the railway books, but “snapshots” may be found in various sources, such as internal memos, royalty statements, and Berton’s autobiography. These are not 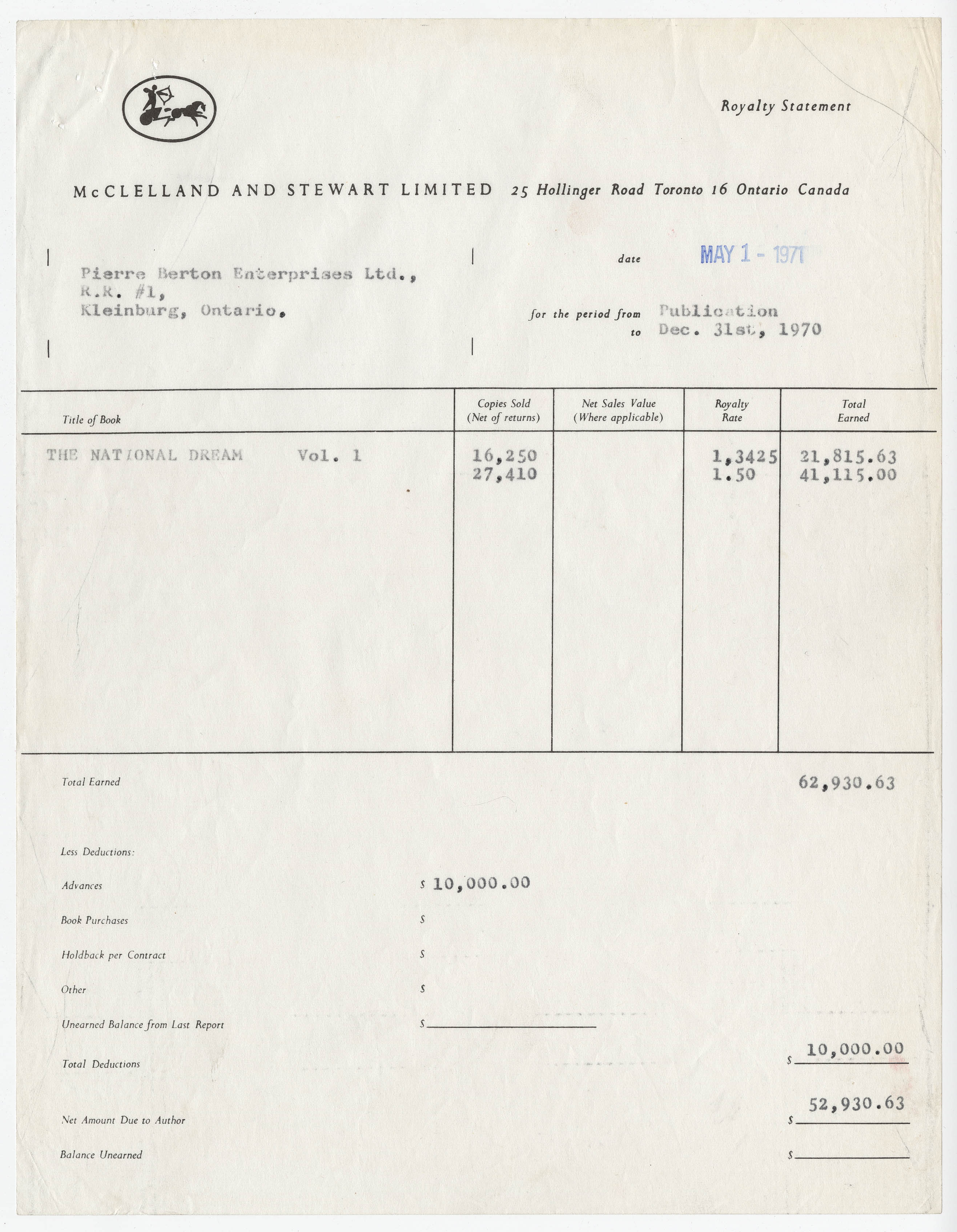 necessarily accurate or consistent with each other, but they do provide a sense of how phenomenally well the books sold. For instance, royalty reports indicate that as early as December 1970 – a mere four months after launch – The National Dream had already earned back the $10,000 M&S had advanced to Berton, with sales of more than 43,000 copies. In fact, the amount owing to Berton in May 1971 ($54,917.21) was so huge – more than half of M&S’s 1970 net income – that a grateful M&S thanked their author for accepting a delayed royalty payment (with interest) four months after it was due.

In 1978, an internal M&S calculation showed that The National 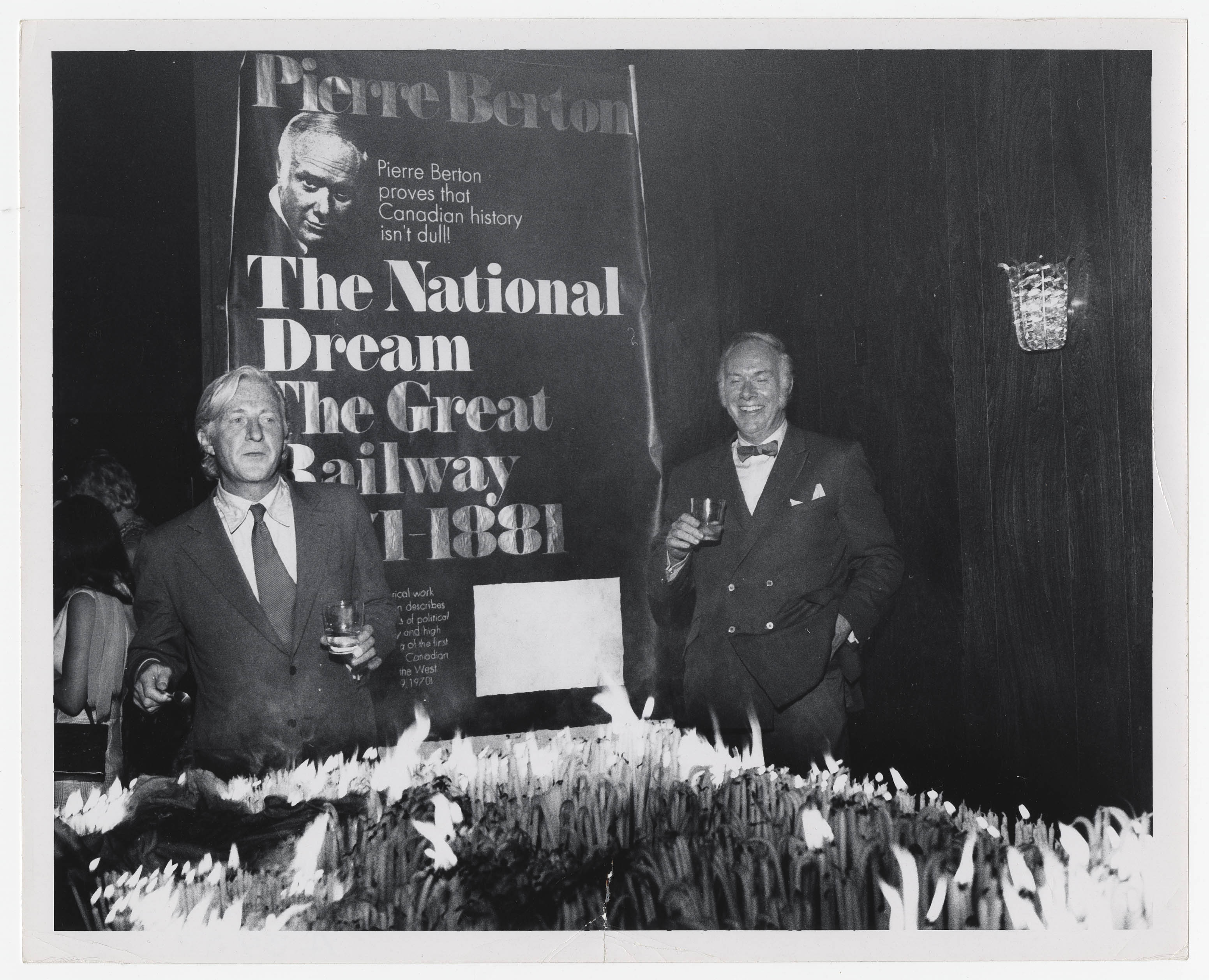 Dream and The Last Spike had each sold almost 150,000 copies. Berton states in his 1995 autobiography that royalties for the television series paperback “went to pay for the addition to our house.” According to Berton, that edition sold 175,000 copies and – at $4.95 each and a royalty rate of 12.5 percent – would have paid for an addition that cost more than $100,000. The hardcovers did not sell as many copies but, with higher prices and royalty rates at 15 percent, definitely earned a greater amount. 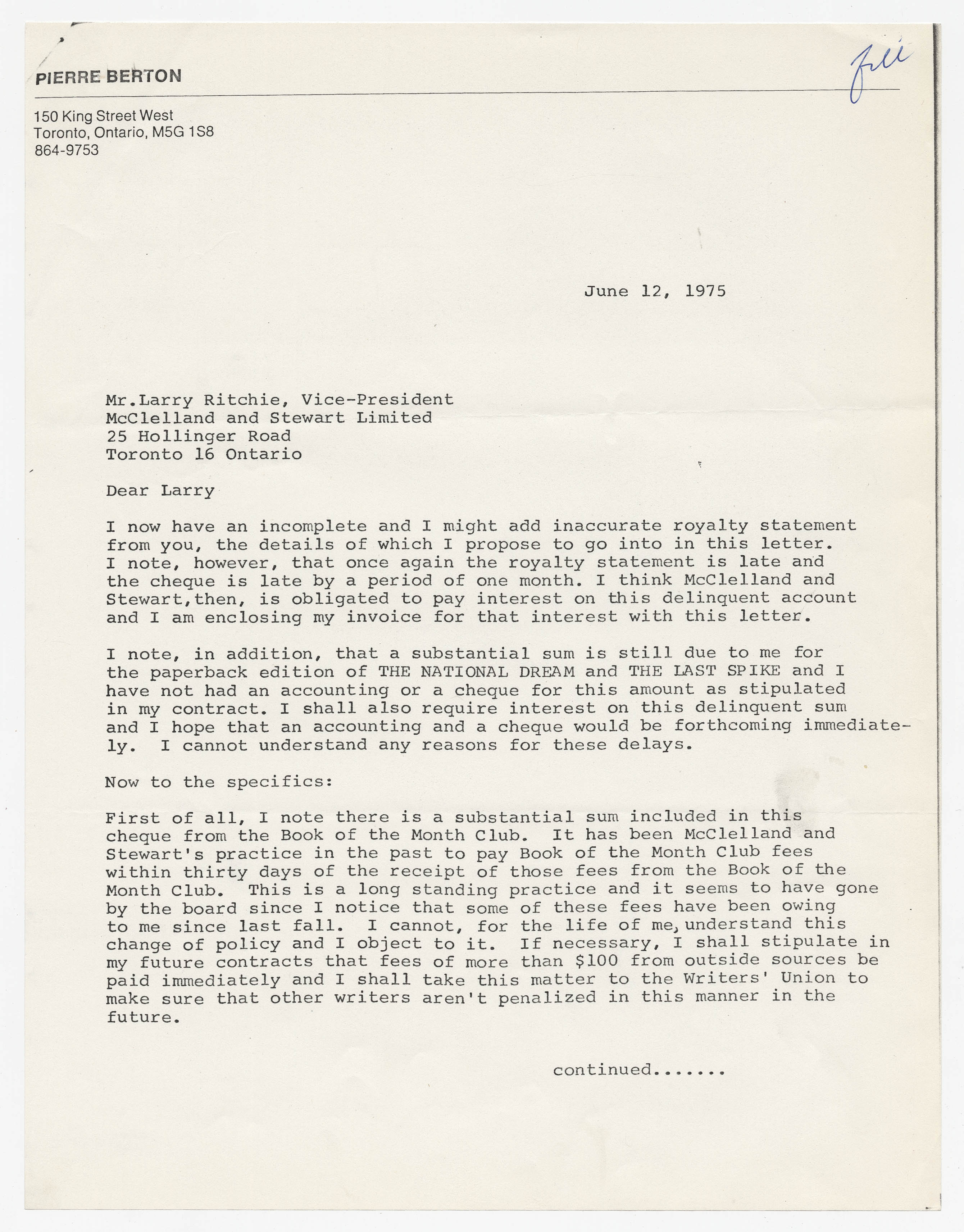 There is evidence, however, that Berton was dissatisfied with the royalty reports he received from M&S. Berton considered these statements “the only true indication of a book’s success,” and it is therefore not surprising that he paid careful attention to the reports he received, and complained in writing whenever he perceived errors and/or delays in the issuance of statements or cheques. He also – quite legitimately – questioned the absence of price increases, which directly affected his earnings, and asked why he was not given the royalty increases he was entitled to when print runs reached an agreed-upon level. Other points of contention, such as marketing campaigns and the availability of books in stores, could also be traced to concerns about royalties.

This dissatisfaction increased because Berton was very business-minded. When a columnist suggested in 1973 that the railway books would not be “produced in paperback until every possible dollar [had] been bled from hardback covers,” Berton pointed out that hockey players and actors who held out for higher salaries were applauded, “But let an author make money, and the media starts to look their noses down at him.” 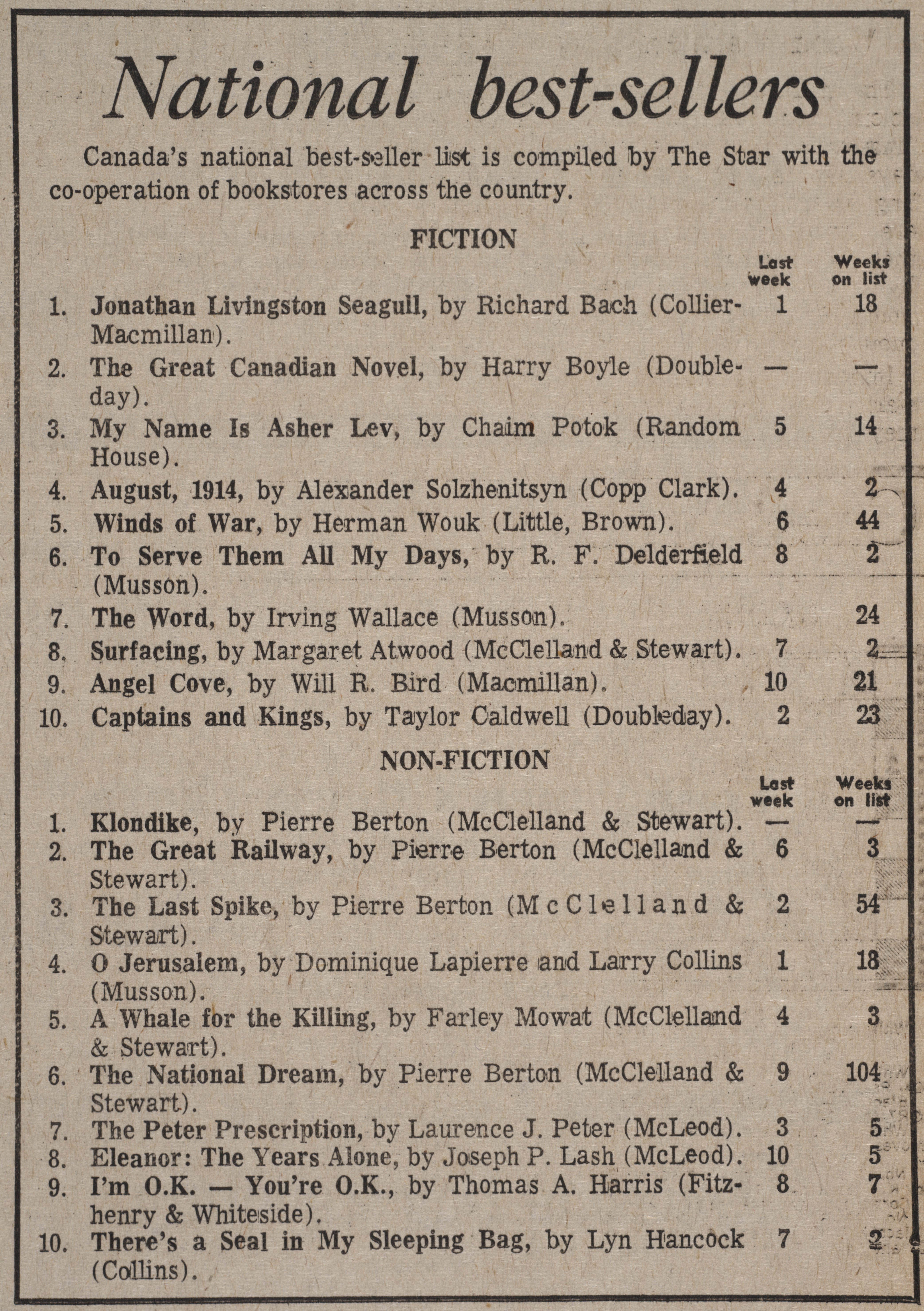 For various reasons, many historians were also unhappy with Berton’s works. When one criticized him in 1977 for “consciously [making] his work ‘interesting,’” he retorted: “I sure as hell don’t consciously make it dull.” Berton had the last laugh in 1995, when Canada’s National History Society named its annual award after the journalist-turned-historian, who was also its first recipient. Appropriately enough, the Pierre Berton Award “celebrates those who have brought Canadian history to a wider audience.” Pierre Berton certainly – and very consciously – accomplished that.

Berton, Pierre. The Joy of Writing: a Guide for Writers, Disguised as a Literary Memoir. Toronto: Doubleday Canada, 2003.