Dorothy Livesay and "Call My People Home" (with audio recording)

Dorothy Livesay’s works speak to the variety of periodicals and publishers that offer poetry to the Canadian public. Her documentary long poem, “Call My People Home,” is an excellent example of this diversity: it was published in both the poetry journal Contemporary Verse and as part of the Ryerson Poetry Chapbook series, and was also aired as a radio production by the Canadian Broadcasting Corporation (CBC). This study includes an audio recording of Livesay reading from "Call My People Home".

Dorothy Livesay (1909-96) is best remembered as a poet. Although she was a 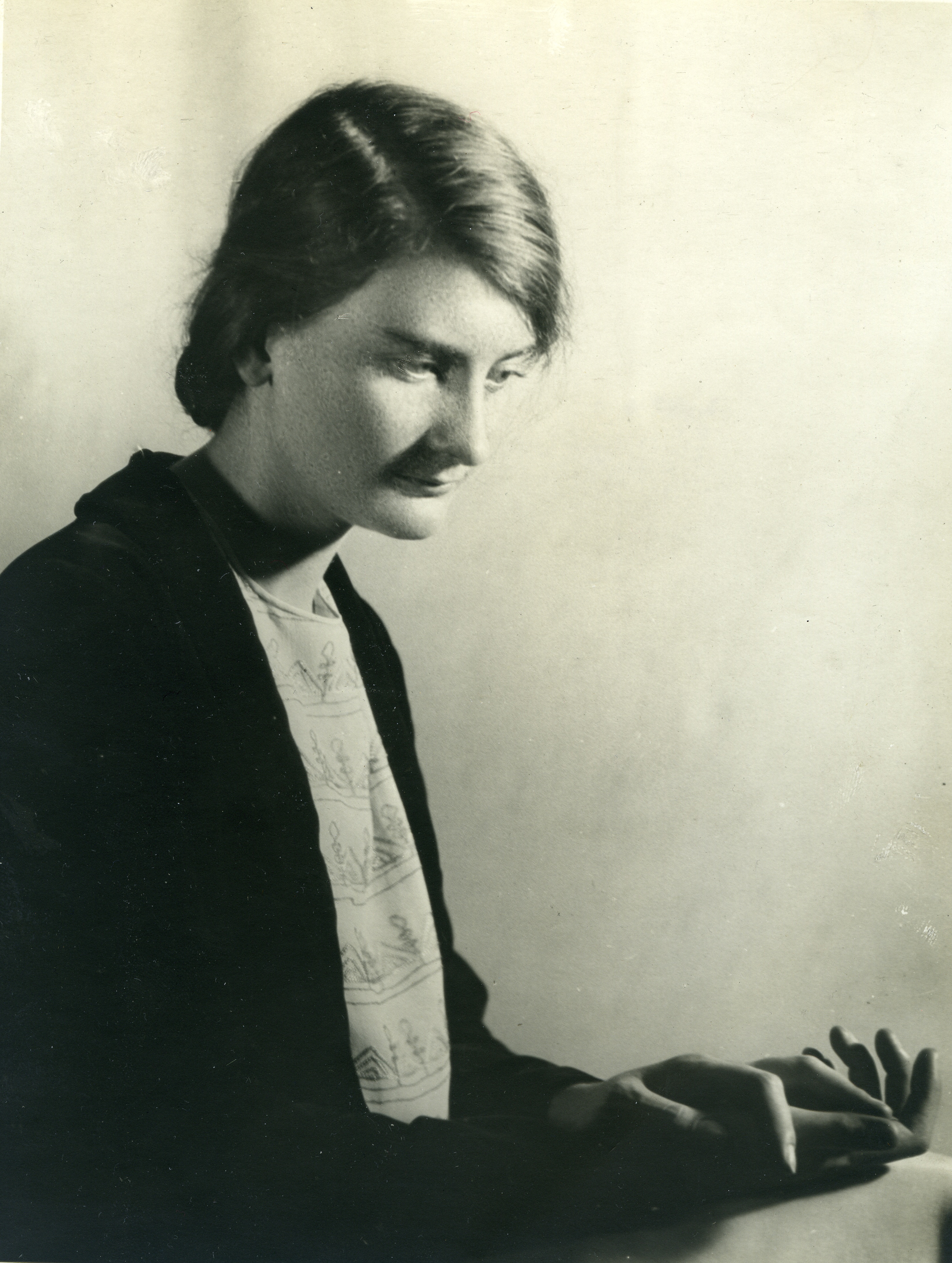 writer of prose—autobiography, collage, drama, literary criticism, journalism, a novella, and short stories—she is celebrated for the poetry that she published over seven decades. Besides the various Canadian periodicals that printed her individual poems (Canadian Forum, Chatelaine, and Contemporary Verse, to name but a

Published by Macmillan of Canada, Livesay’s first two collections of poetry, Green Pitcher (1923) and Signpost (1932), stand apart from much of her later work, for they are comprised of poems that are imagistic and lyrical. Although Livesay’s concern with the musicality of poetry persists in her work and her interests in nature and women’s sexuality provide continuity 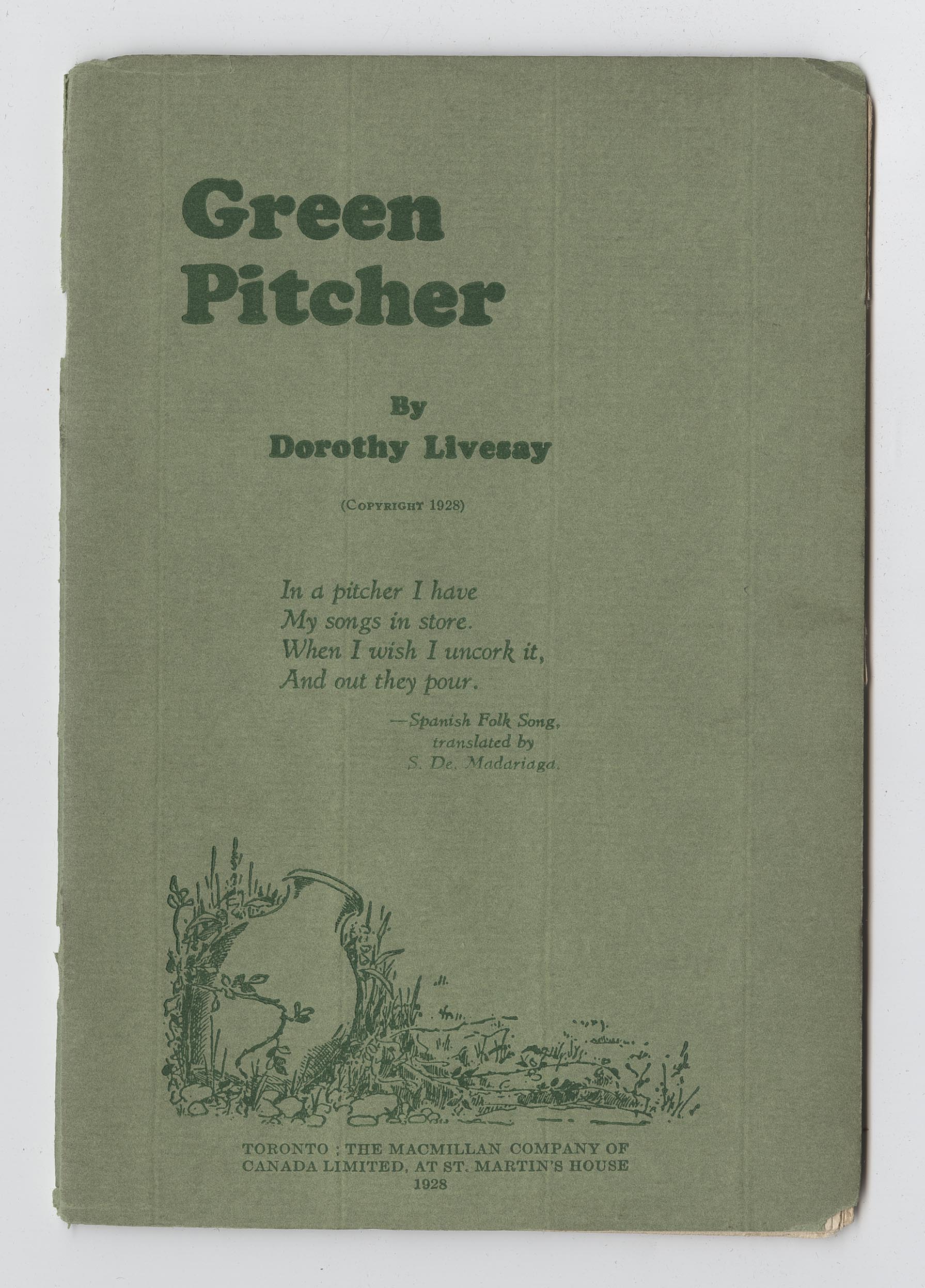 between these early poems and her much later writings, during the 1930s, Livesay underwent a radical shift in poetic perspective coincident with and reflective of her involvement in social work and her membership in the Young Communist League. During this time she published poems expressing her social and political concerns in the Canadian leftist periodicals Masses and New Frontier. These new works were not, however, available in book form until 1944, twelve years after the publication of Signpost.

Livesay’s third collection of poetry, Day and Night (1944) was published by Ryerson Press and distributed in the U.S. by Bruce Humphries of 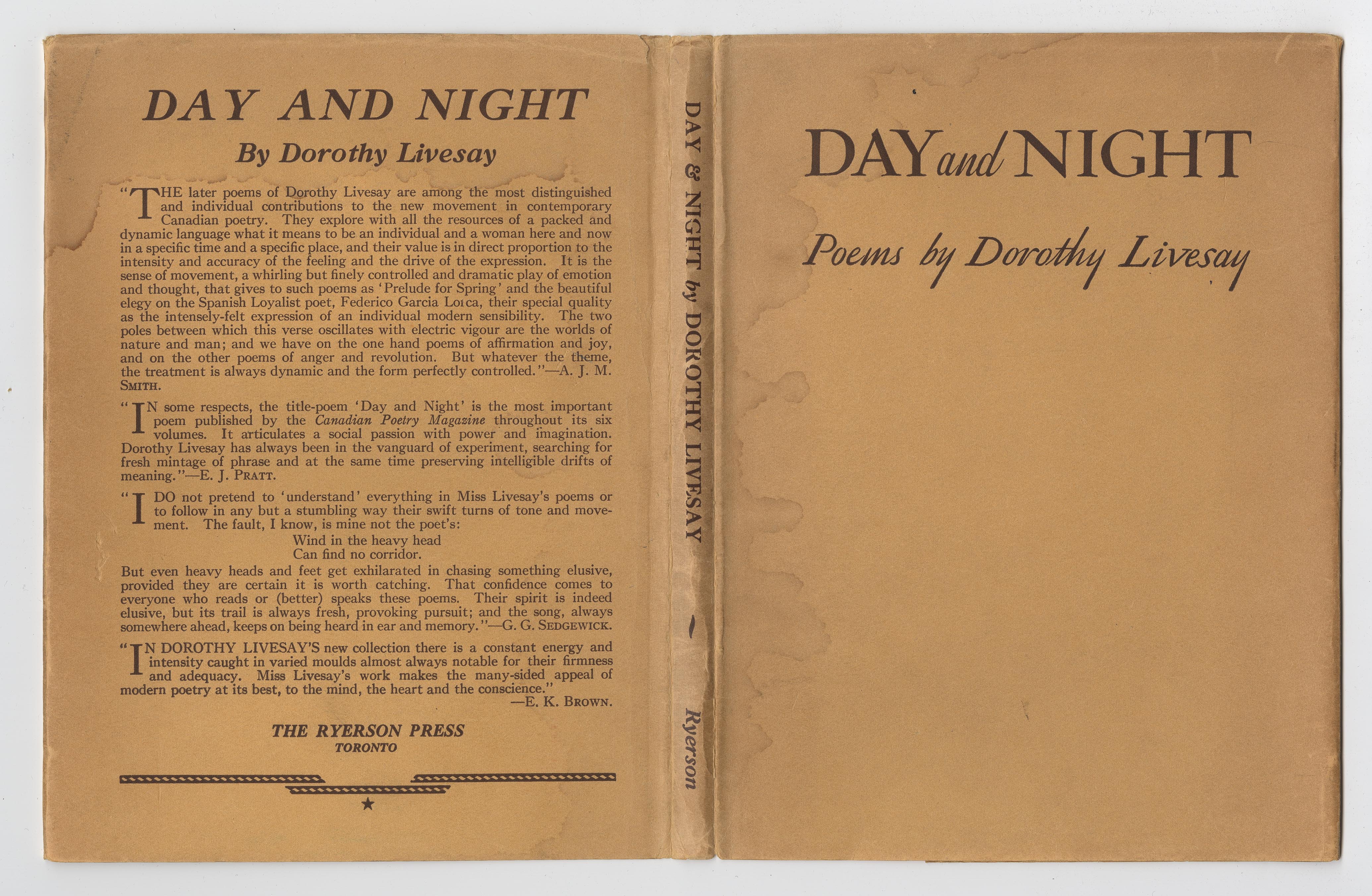 Boston. Although the book’s title poem was first printed in 1936 in Canadian Poetry Magazine, edited by E. J. Pratt, it offered an example of Livesay’s new poetics, for it employed agitprop (agitation propaganda) techniques and expressed proletarian concerns. A protest against the mechanisation of human existence, the poem employs the rhythms and call and response of African-American spirituals to speak out for the possibility of positive change in factory working conditions resulting from worker solidarity. For Day and Night, Livesay received a Governor General’s Award, as she did for her fourth collection, Poems for People (1947), also published by Ryerson. 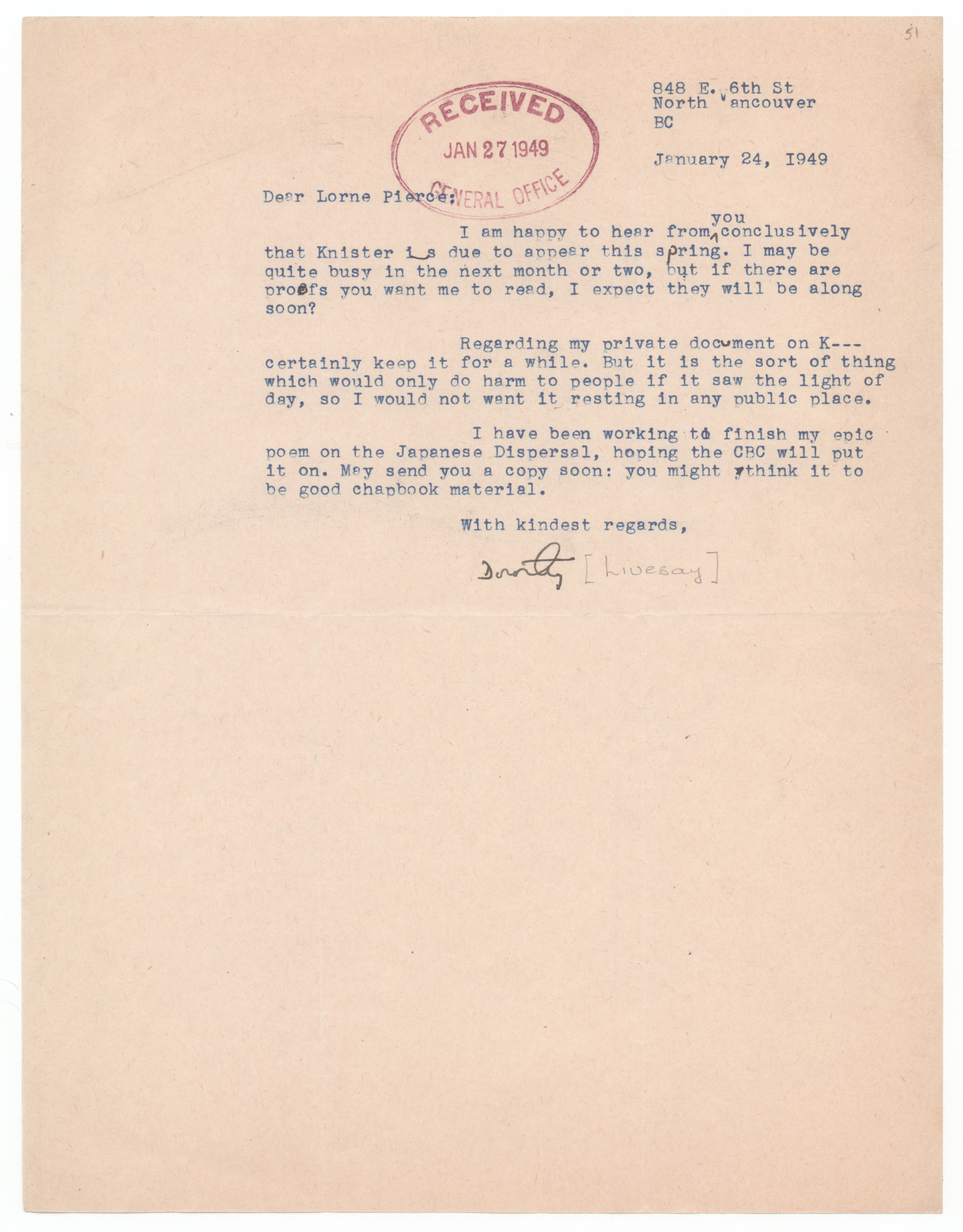 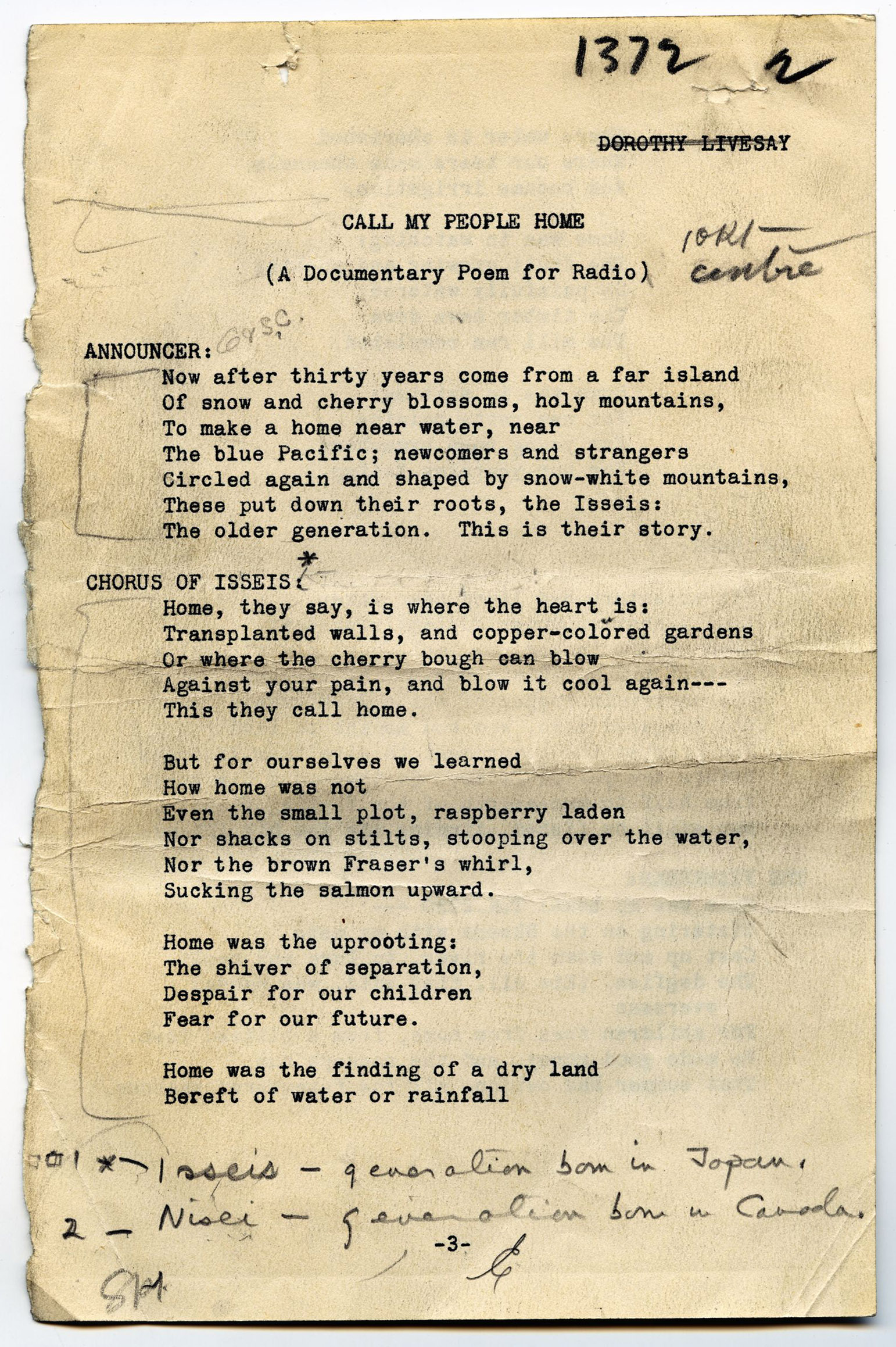 address the forced removal of Japanese-Canadians from the British Columbian coast and their internment as enemy aliens in the B.C. interior during the Second World War. The poem is structured in speaking parts—Japanese-Canadian fishermen, a boy and girl, husband and wife, mayor and philosopher—with an announcer functioning as narrator, and two choruses, one of Isseis and one of Niseis, the Japanese-born and Canadian-born Japanese-Canadians, respectively, as the initial chapbook notes indicate. The poem’s structure is such because Livesay had written it for radio production, and before it saw publication by Ryerson, it had not only been published in Alan Crawley’s 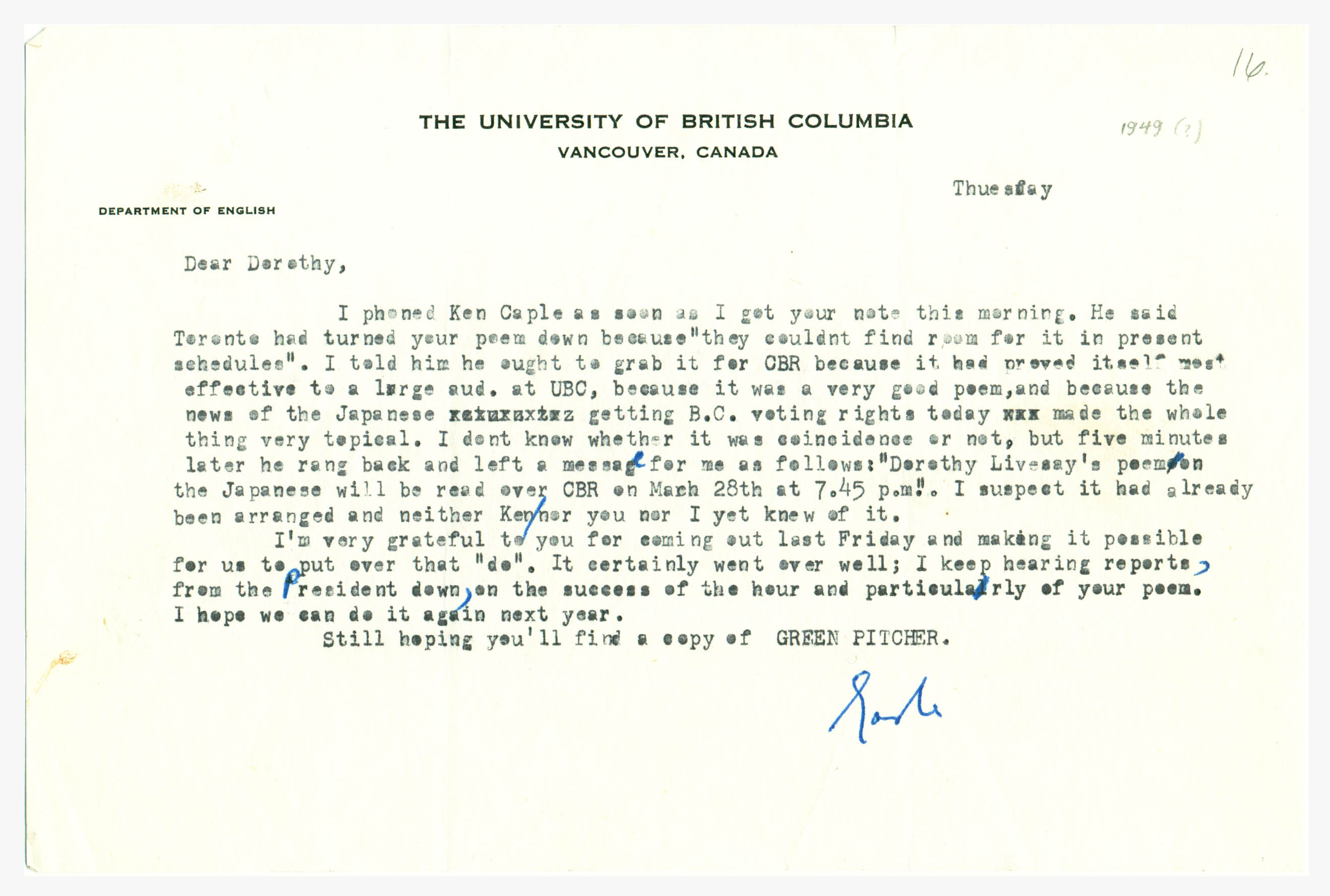 September 1949 issue of Contemporary Verse (the forerunner of Livesay’s CV II), but it had also been broadcast by the CBC: first, in 1949, in a shortened version, then in full version, thanks to the aid of Earle Birney, and, finally, again in full, in 1954. In 1968, Ryerson collected some of Livesay’s poetry of the 1930s and 40s for The Documentaries; both “Day and Night” and “Call My People Home” appeared in the collection—as documents of the times.