Lee’s children’s poems are enchanting. Many echo Canadian regional names and places ("In Kamloops, I'll eat your boots"), others are purely nonsensical, all are memorable, and fun to read. Over the years, Lee’s children’s poetry has been marketed to younger age groups with resounding success, since parents who grew up with the poems now croon them to their own offspring. The poems have achieved an international reputation, leading to Lee’s unofficial title: “Canada’s Father Goose.” As Lee tells it in Inside Out: Children's Poets Discuss their Work, this is how the story began: One day in 1966 he set out on his bicycle to go to the store to buy “something-or-other,” and came back with “Alligator Pie.”

My legs were going around and around as I pedalled, and there was this particular
rhythm when my left foot, and then my right, pressed the pedal down. I 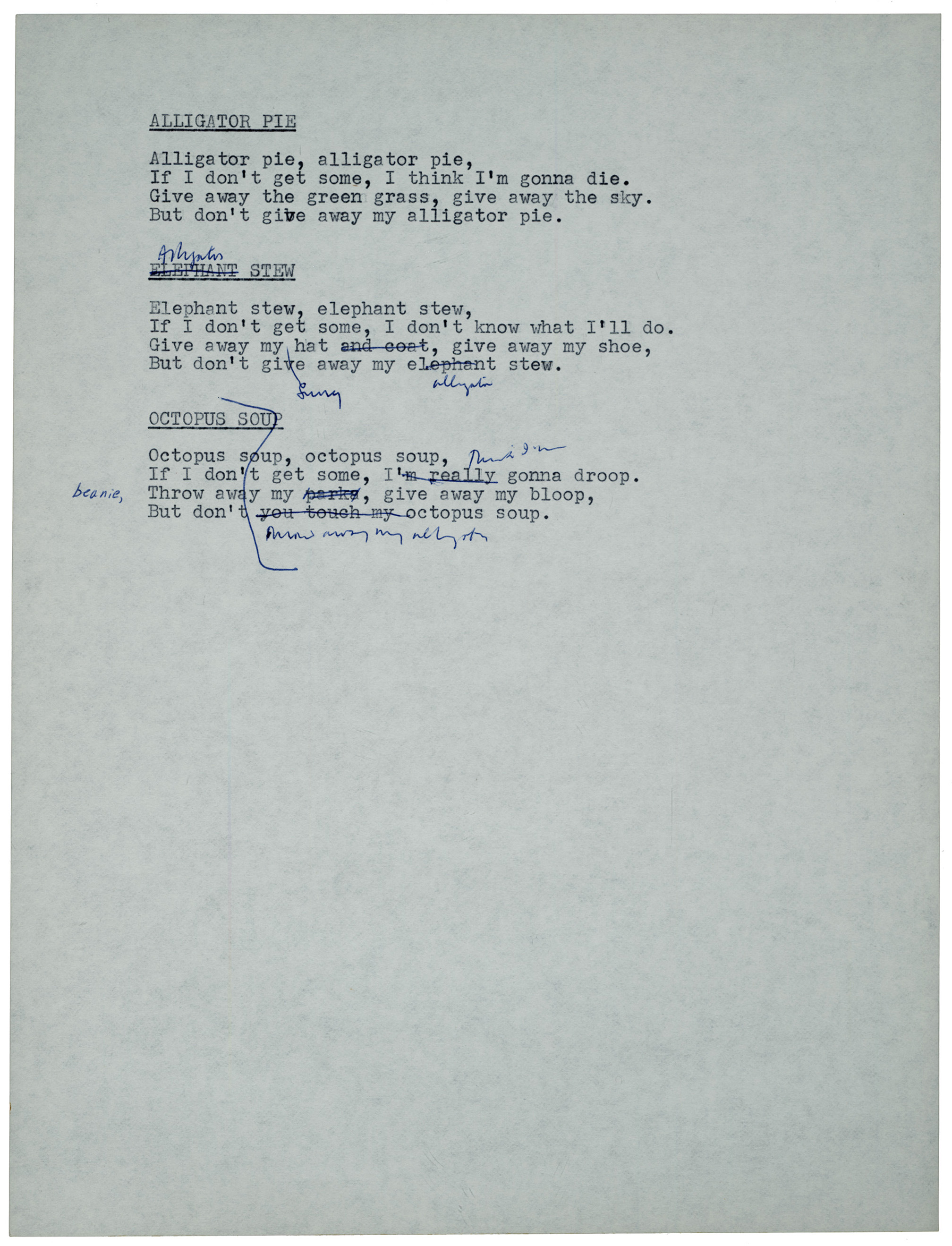 I finished the poem later on, and I read it to my daughters and other kids, and
it turned out that whenever a child heard it, she couldn’t forget it. So it went into
my first children’s book, and in fact it became the title poem. And now there are kids round the world who chant that rhyme, and most of them have never heard of Dennis Lee. 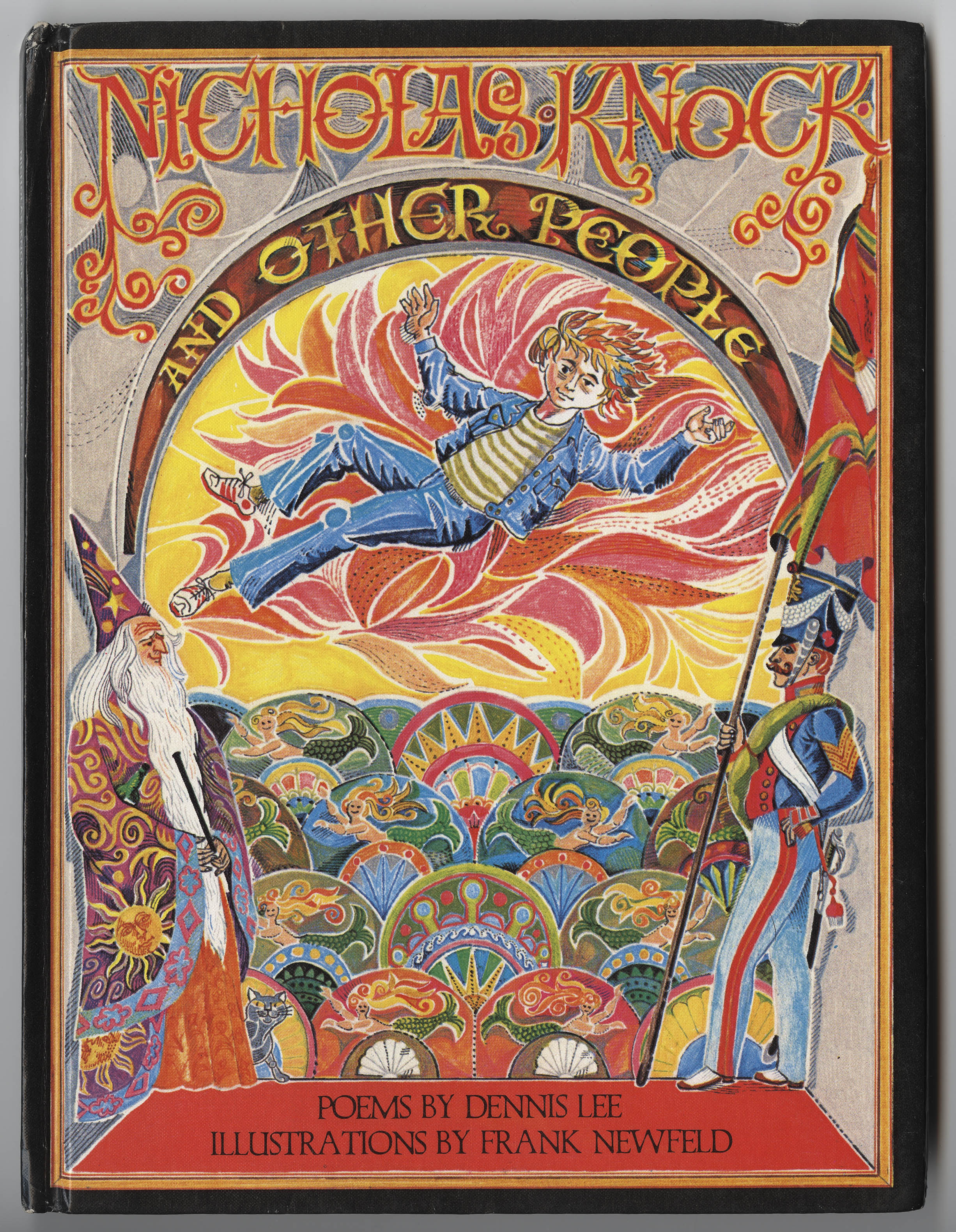 In fact, Lee’s first children’s book was Wiggle to the Laundromat (Toronto: New Press, 1970), with illustrations by Charles Pachter, but fame in this genre arrived with Nicholas Knock and Other People, and especially with its companion publication, Alligator Pie. Hugh Kane, then director of Macmillan of Canada and a personal acquaintance of Lee, was the first person to whom Lee showed the manuscript of what would become Alligator Pie and Nicholas Knock and Other People. Kane accepted it for publication, and brought artist Frank Newfeld into the project. Anticipating high production costs, Kane proposed that Newfeld consider accepting royalties in lieu of outright payment for his illustrations. Although potentially risky, the offer appealed to Newfeld, who signed a contract entitling him to 30 per cent of the royalties. To further defray expenses, Newfeld pre-separated the art for production: he completed four drawings (one for each colour separation) for each illustration. The production schedule was punishing: Newfeld began his work in April with publication scheduled for the fall to capture 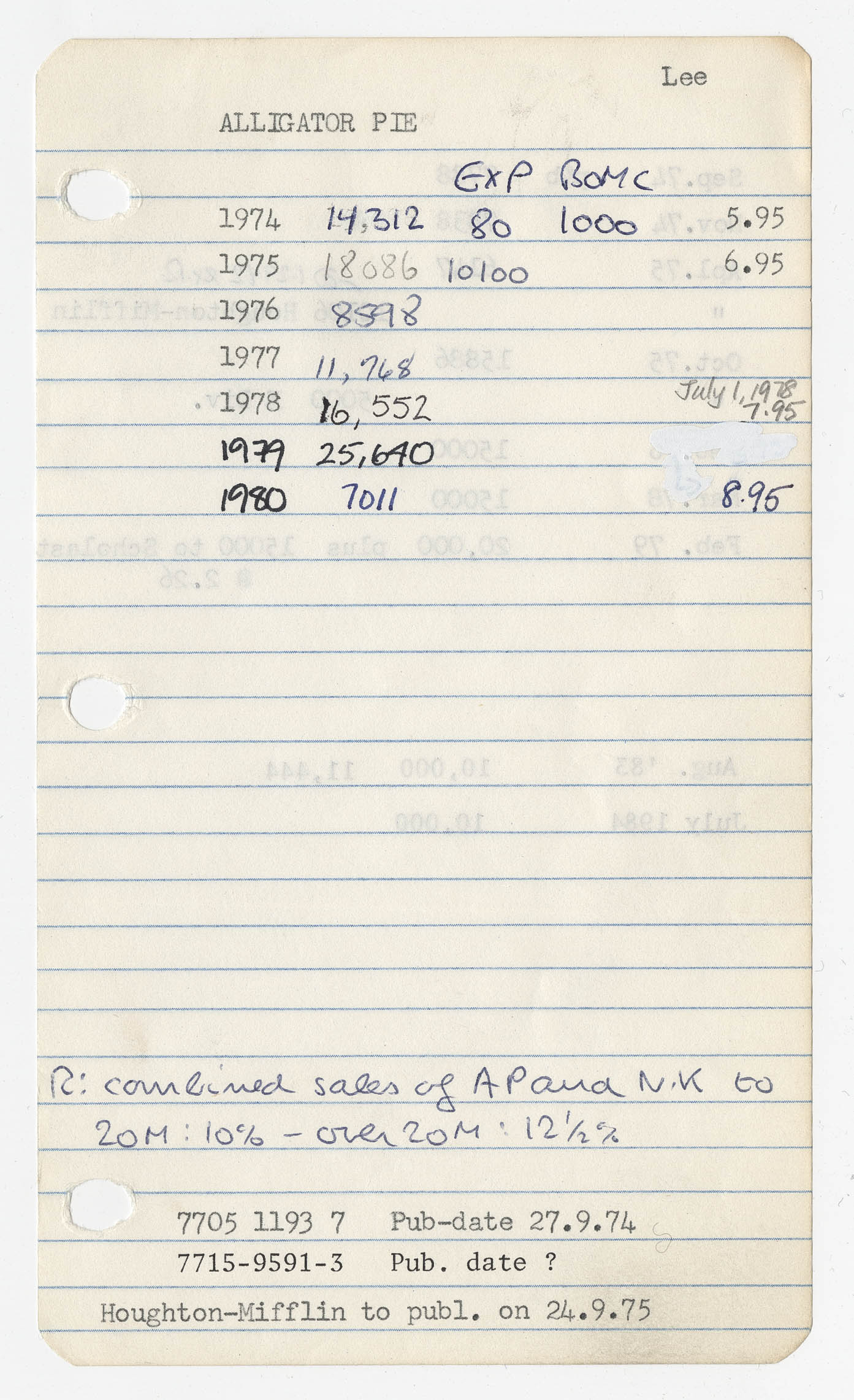 the Christmas market. The books were published by Macmillan in 1974, and were instantly successful, with Alligator Pie winning the Book of the Year Award from the Canadian Association of Children’s Librarians. Nicholas Knock and Other People was aimed at slightly older readers and contained the iconic poem “Ookpik,” but it was Alligator Pie that worked its way most thoroughly into Canadian culture. In 1976 Alligator Pie was chosen for the Hans Christian Andersen Honour List; by 1979 it had sold 100,000 copies, and was, according to Macmillan, Canada’s best-selling children’s book since Anne of Green Gables. Dennis Lee has said: “One reason the book's success pleased me was that it vindicated the sizable risks he [Kane] had committed Macmillan to." 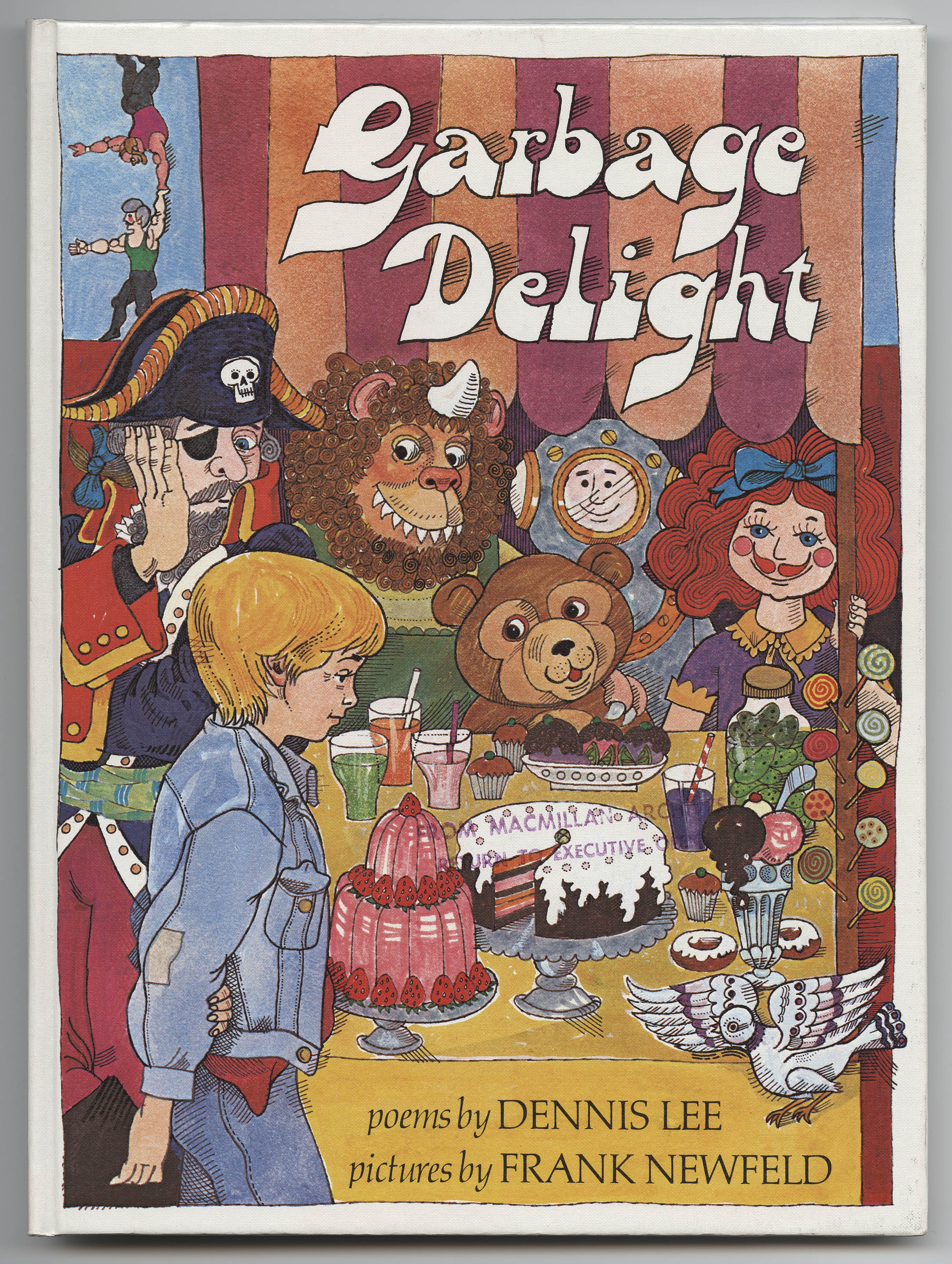 Lee explored some memorably gross themes in Garbage Delight (1977), also illustrated by Newfeld, and Jelly Belly (1983), illustrated by Juan Wijngaard, both published by Macmillan. He published The Ordinary Bath (Toronto: Magook, 1979), illustrated by Jon McKee, and Lizzy’s Lion with illustrations by Marie-Louise Gay (Toronto: Stoddart, 1984). This last title achieved mild notoriety as the most challenged children’s book at Toronto Public Library because of its “violence,” but for every complaint, there were many more compliments and an avid readership. Next came a collection, The Dennis Lee Big Book (Toronto: Gage, 1985), illustrated by Barbara Klunder. A Macmillan of Canada paperback edition of Alligator Pie appeared in 1987.

Macmillan was sold to Gage Educational Publishing in 1989. Prior to that time, Lee, who had become somewhat disenchanted by the direction Macmillan was taking in its publishing program, bought back the rights for his books, to make a fresh start with a new firm. HarperCollins published his next juvenile title, which was The Ice Cream Store (Toronto: 1991), illustrated by David McPhail. Lee’s poetry appeared in Dinosaur Dinner (with a Slice of Alligator Pie), (New York: Random House, 1997), an anthology selected by Jack Prelutsky and illustrated by Debbie Tilley.

Lee’s agent, Linda McKnight, opened negotiations with a relatively new publisher. Key Porter (est. 1979) successfully bid for the rights to five of Lee’s children’s books in 1999 and promised to publish a new commemorative edition of Alligator Pie, retaining Newfeld’s illustrations. This appeared as a Key Porter Kids Book in 2001. Key Porter also published a series of four board books of Lee’s poetry for children in 2006: “Alligator Tales,” including Alligator Pie; The Dreadful Doings of Jelly Belly; Willoughby Wallaby Woo; and Silverly / Good Night, Good Night, all illustrated by Nora Hilb. These books were intended for a preschool audience. 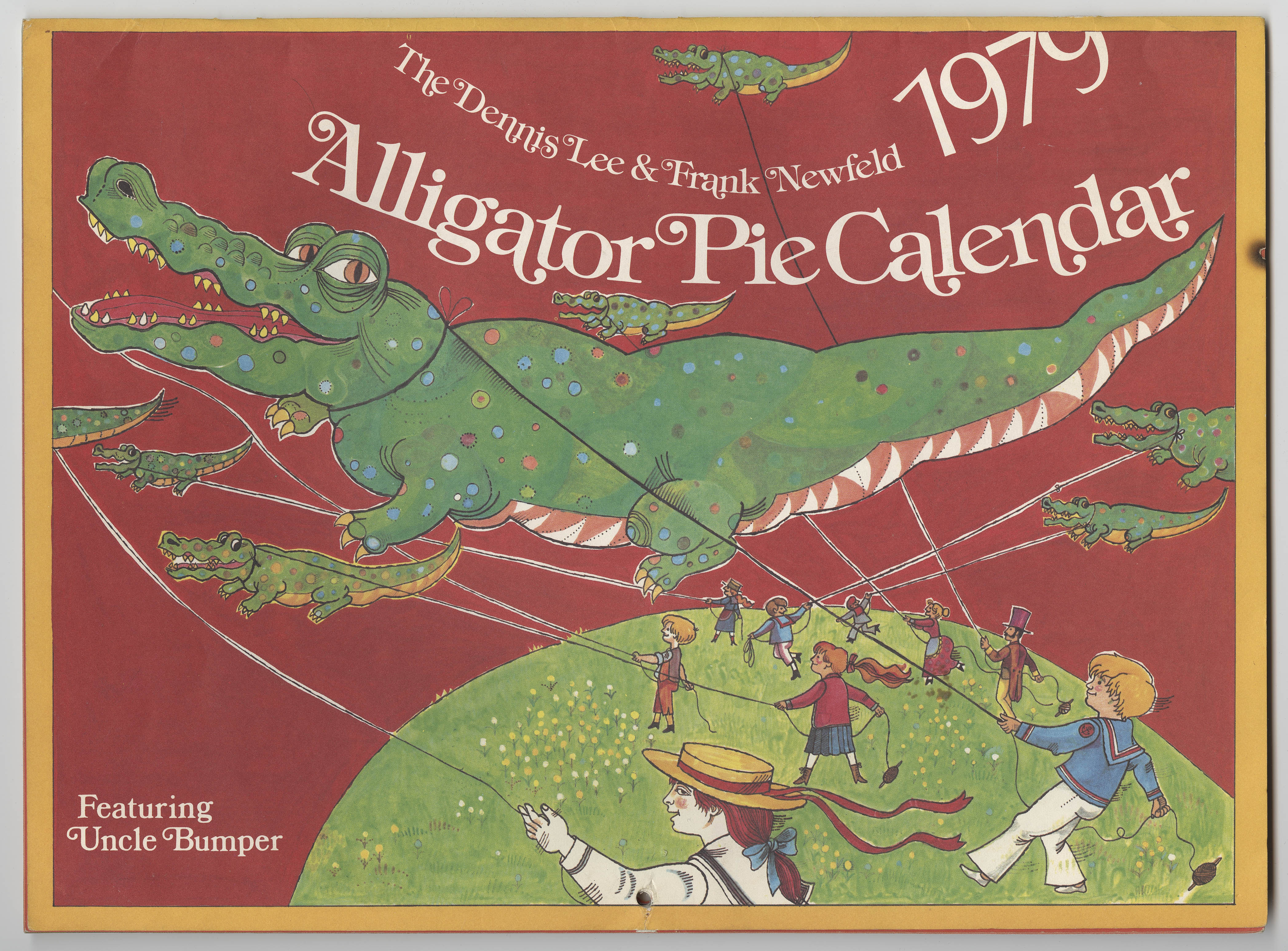 In a retrospective evaluation, Ken Setterington and Deirdre Baker note: “Aside from the attractions of the Canadianisms within the verse, the poems are impeccably rhymed and faultlessly rhythmic—features which make them almost instantly memorable. Short, snappy verses alternate with longer, ballad-like stories, and the occasional allusion to matters vulgar and disgusting seizes some of the children’s attention at once.” Along with Lee's and Newfeld's own creation of a calendar, Theatre Passe Muraille's musical show and numerous literary imitations and spoofs, the poem "Alligator Pie" has given names to high-end children's clothing shops, recipes, exotic drinks, and canned soup."Yet for all its widespread influence, perhaps the poem’s most profound 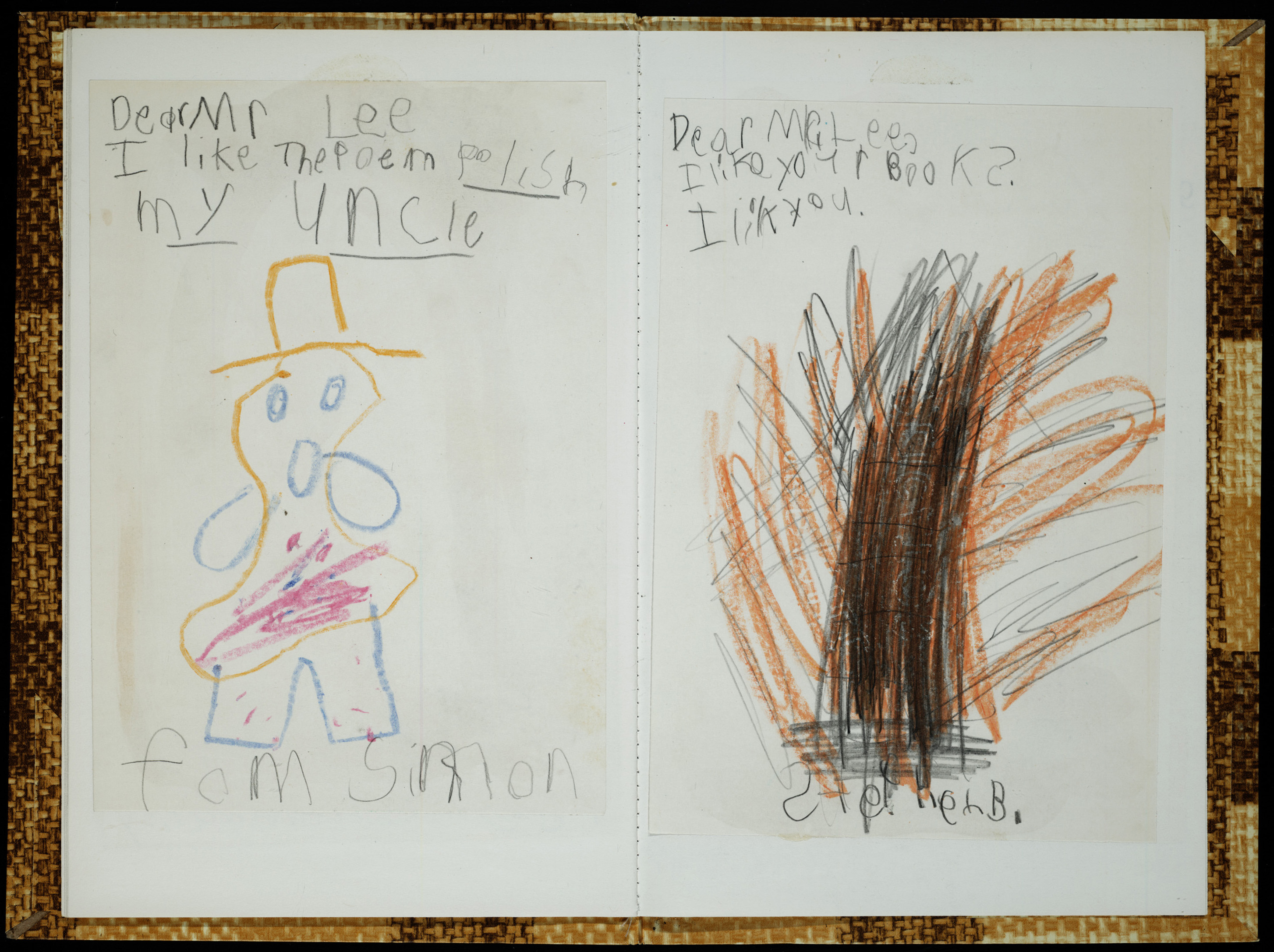 effect is on young listeners and readers, who find its rhythms both irresistible and inspirational. The poem “Alligator Pie” is as memorable as any rhyme in the collections of Mother Goose, and to many Canadian children, may be more familiar.

Lee won the Vicky Metcalf Award for a body of work in 1986 for his children’s poetry; he was made an officer of the Order of Canada in 1993, and in 2001 he became Toronto’s first poet laureate.